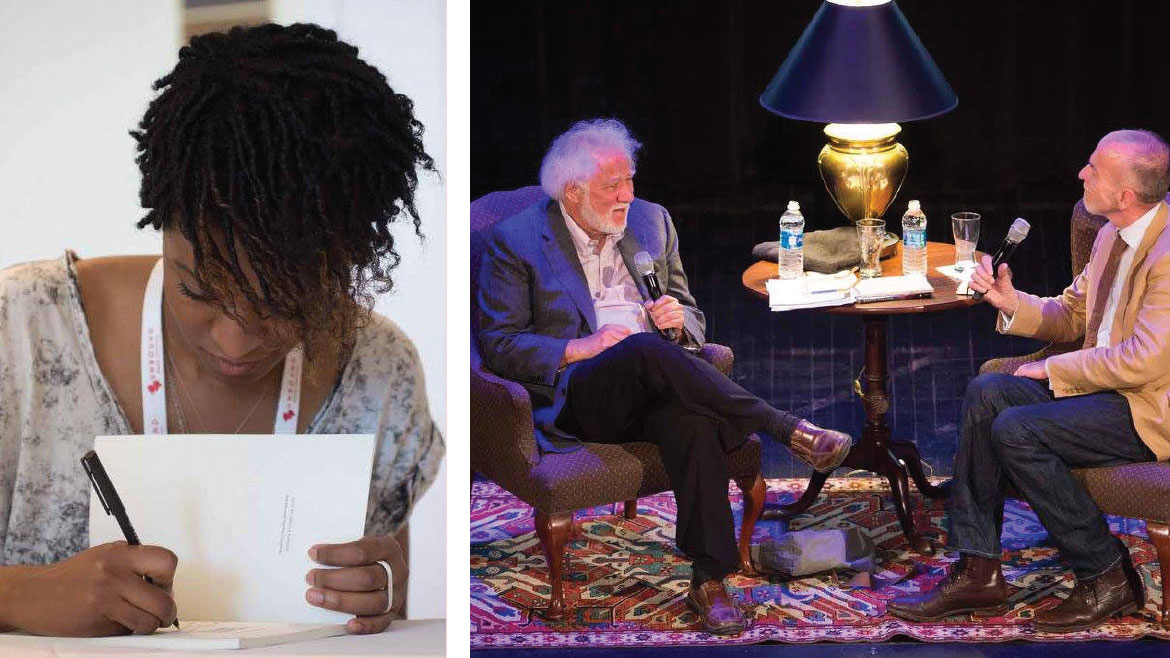 “If you had told me 25 years ago, when I was still working as a corporate lawyer in London, that I would be living in the middle of Missouri running a book festival, well my first question would’ve been ‘Where’s Missouri?’” laughs Alex George.
But by 2003, George’s path led him to set up an estate planning and business law practice in Columbia, which he now shuts down for a few months out of the year in order to run the town’s Unbound Book Festival. A best-selling author (several times over) himself, George got the idea of founding Unbound after attending various book festivals across the country on his second book tour in 2012.

“I mean, if you’re an author, going to a book festival, it’s like the closest an author will ever get to being a rock star,” George says. He thought about the idea for a couple years before asking around town to see if it could be done. The response amazed him — it was so amazing, in fact, that he found himself doing a lot of heavy lifting to organize the event as soon as possible. George admits “the biggest weapon in my armory was a profound ignorance of what I was getting myself into, because I had no idea how much work it was going to be.”

In only its third year, the festival has so far roughly 120 volunteers signed on to assist with the event starting April 20th. Their involvement is critical for one big reason: The festival is entirely free for attendees. So, simply out of their love for books, authors, poetry, music, Columbia, and community, selfless volunteers make this popular event hum for more than 8,000 visitors (by last year’s numbers).

“We have somebody who does a website, somebody who organizes the volunteers, and there are various other people that do various other things. Like there’s this one person who does all the booking of the travel and all of those kinds of things, which is just an absolute insane [amount of work],” George says.

Some big names have already helped draw in the crowds, starting with the inaugural event in 2016. Michael Ondaatje, author of “The English Patient” was the first headliner, followed by the renowned Sir Salman Rushdie in 2017. This year’s festival welcomes Zadie Smith, the celebrated British novelist.

All ages and genres are incorporated throughout the schedule of events, which continues to grow each year. There are panels, poetry readings, author conversations, book signings, and this year, they’re massively expanding the authors in the school program, where kids will be able to hear authors speak at their schools (2,000 students were able to enjoy this part of the program last year). For the 2018 event, there will be a walking, talking, live author speaking in a Columbia classroom in every grade from kindergarten through 12th grade.

A new event this year called “Pie & Whiskey” will be held at Orr Street Studios. Twelve writers have written something specifically for the occasion about either pie or whiskey, and as guests walk through the door, every member of the audience gets a slice of pie and a shot of whiskey.

So who pays for all this? George says there are basically three and a half sources of income. The first is grants from local sources like the city’s Office of Cultural Affairs and the Convention & Visitors Bureau. Nearly all grant funding is provided from right here at home. A second source is sponsorships from the likes of MU, the Columbia Daily Tribune, and dozens of others. For the third revenue stream, individual donations, people have used creative ways to raise awareness and financial support. Events like “Cooking for Books” are hosted in the homes of festival advocates, where guests are invited to a dinner party in exchange for a contribution. The last “half-source” is from merchandising and a book fair with Barnes and Noble, who donates a percentage of sales for the day to Unbound. 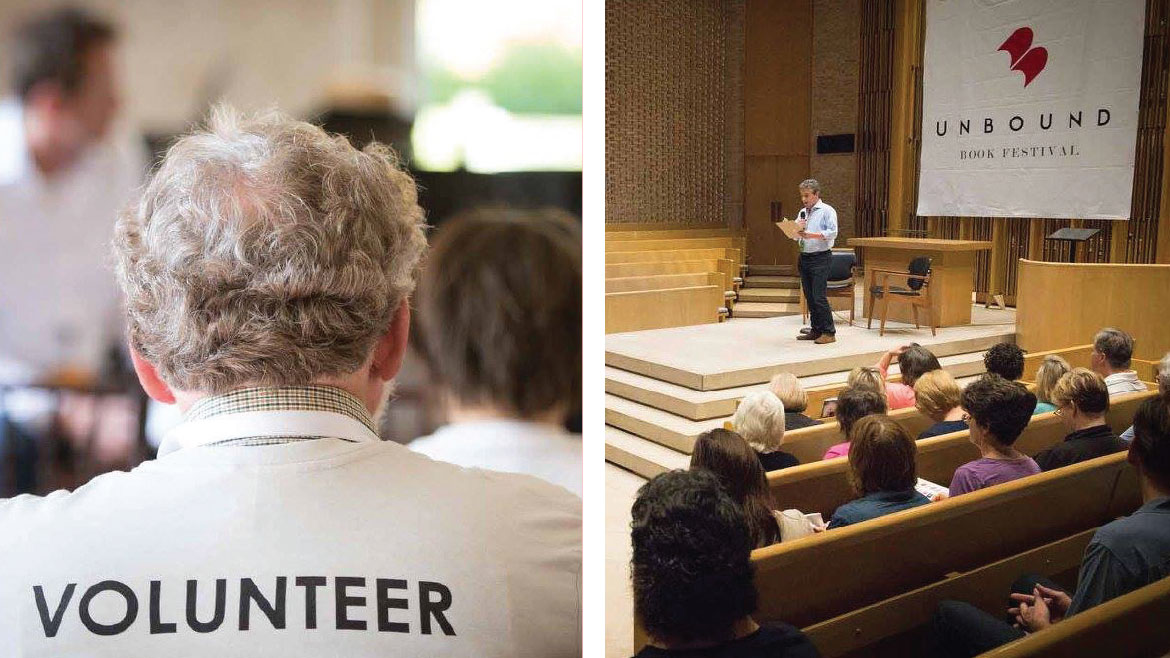 It’s no secret that Columbia loves its festivals, and the community comes together to pour its treasure and soul into this one — obviously not for free tickets or special perks, but simply out of love and support. This makes Unbound’s expansion, along with the city’s budding literary reputation, possible, and it gives tourists another reason to come into town.

As Unbound continues to evolve, one thing that won’t change is the admission fee, says George. “It was a very important principle to me from the very beginning that it was going to be free and everything was going to be free,” he says. “Books are for everybody and I never wanted for there to be any barriers.”