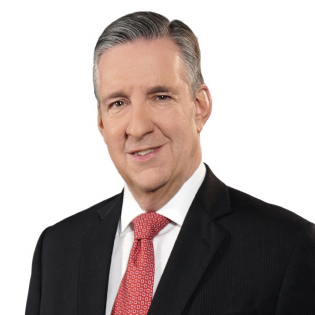 "Ignorance" Is No Excuse for Violating The Sunshine Law

While delayed briefly by the need to deal with his personal scandal, Governor Eric Greitens refocused on politics in late January with a two-day state tour to announce his plan to cut individual and corporate tax rates by an estimated (by his office) $800 million. “This tax plan puts working families first, and it’s a better deal for all Missourians because it rewards businesses for hiring people in Missouri,” Greitens said in a news release.
The Greitens plan cuts the top personal income tax rate from 5.9 percent to 5.3 percent. It provides what the governor calls a “Workers First” tax cut, a non-refundable credit against tax liability equal to 20 percent of the federal earned income tax credit. It also cuts the corporate income tax rate from 6.25 percent to 4.25 percent, which would give Missouri the second-lowest rate among the 44 states with corporate income taxes. And it eliminates current tax breaks that the governor describes as unnecessary, including discounts for businesses for the timely filing of payroll withholdings and retail sales taxes, incentives made obsolete by modern technology. Greitens would eliminate state income tax deductions allowed for federal tax payments, and he would require Missourians to pay sales taxes on online purchases. The governor says the moves will make the plan revenue-neutral, requiring no cuts to state services.
“For 380,000 working-class Missourians, this plan would cut taxes to $0.00. This plan cuts taxes for 97 percent of all Missouri taxpayers. It will help us win new businesses and stop chasing jobs out of Missouri,” the governor touted.
A Missouri Department of Revenue analysis says a single parent supporting two children on an income of $30,000 would see his/her annual tax liability drop by more than 80 percent. In another example, a married couple with two kids and an annual household income of $150,000 would see a tax savings of just under three percent. Missouri’s top tax rate currently applies to individual incomes over $9,072. That rate has not been adjusted in decades, and people on both sides of the tax debate say the system is unfair and inequitable.
A central argument for the federal tax overhaul, which passed in December, was the promised return of U.S. business assets now held offshore, which supporters say will jumpstart the economy and create jobs. Greitens is making a parallel argument with his state plan, saying the corporate tax environment is among the first considerations when deciding where to invest. He says Missouri is losing jobs to states with a more competitive environment and his plan will reverse that. “I think this is going to turbocharge the economy,” Greitens told one audience on his state tour.
Most business groups, including the Missouri Chamber of Commerce and Industry and the Associated Industries of Missouri, appear firmly on board with Greitens’ plan. Even the generally skeptical Missouri Budget Project said it was encouraged by the governor’s interest in reforming tax policy, particularly in the face of more state budget cuts this year. But critics talk about the debacle in neighboring Kansas — and say recent tax cuts are already responsible for the current budget problem here.
“The governor promises to cut taxes for nearly all Missourians but fails to mention that, for most people, those modest breaks will be wiped out by tax increases elsewhere in his plan,” said Rep. Gail McCann Beatty, the top Democrat in the Missouri House of Representatives. “His claim that somehow his plan will be revenue-neutral should be viewed with a great deal of skepticism.”
Jeanette Mott Oxford, of Empower Missouri, an organization that lobbies for the interests of low-income people, said the plan is based on a false premise that Missourians are overtaxed. She cites a May 2017 state audit that says the state is $4.1 billion in revenue below the point at which Hancock Amendment — an effective cap for the amount of revenue the state can gather from personal taxes — would be triggered.
What we don’t know is whether lawmakers are open to a compromise. Republican Senator Andrew Koenig, of Manchester, has his own plan to cut the corporate tax rate from 6.25 percent to 4.25 percent. And Weldon Spring’s Bill Eigel has advanced a Senate plan to cut individual taxes at both the top and bottom of the income scale. The Senate will likely produce a single blend of both plans. House member Travis Fitzwater, the Holts Summit Republican, has sponsored a plan to drop the top individual income tax rate from 5.9 percent to 4.8 percent. To remain revenue neutral, his plan would cap state tax credits and raise the fuel tax. At this writing, house leaders have not put much of a spotlight on that bill.

Kermit Miller anchors the 6 and 10 p.m. news for KRCG 13. You can reach Kermit at [email protected] He is an award-winning 45-year veteran journalist and one of the longest serving members of the Missouri Statehouse press corps.