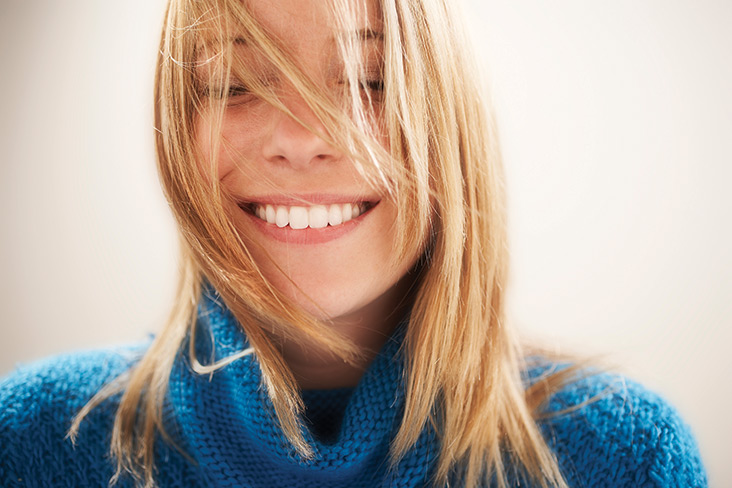 When it’s time to release the lies of our youth.

The house is still. I lay curled up on the love seat in the living room. It’s one of my favorite places, especially when no one else is home. I smile, looking down at my feet. I wiggle my toes, taking time to notice the writing in soft, pink script running across the top of my socks — “I am beautiful.” I. Am. Beautiful.

These socks serve as a tangible reminder of something I’ve only recently acknowledged. The doubt started in fifth grade. I’d always been chubby, but I must not have noticed, since I was blissfully loved by my family and friends. Before then, jokes about my appearance were limited to being nicknamed “Four Eyes” by my classmates.

But that school year was different. Boys were beginning to sprout, and girls had started to develop. My friends were growing up and asserting their individuality. Yet I was stuck in that awkward stage. My body had begun to fill out, adding pounds to my middle before my height could catch up. I was lumpy, plump, and frumpy. And it didn’t go unnoticed.

The lie started as an innocent game: a class full of 10-year-olds playing Mad Libs, laughing, passing the time until the bell rang. A girl named Audra walked to the front of the room and began asking the class to fill in the blanks. “I need a plural noun.” “Now an adverb.” “A body part,” she said. I smiled, playing along, until the next phrase shot out of her mouth. “Someone who still has their baby fat.” And before anyone else could answer, she blurted out my name and wrote it down, as though the answer was obvious. The classroom erupted in giggles.

I was mortified. I sat at my desk, my head ducked in embarrassment. Paralyzed. Frozen.

That experience fueled what I believed about myself for the next 30 years. I was plain. I was chubby. I would never be beautiful. And everyone knew it.

Sometimes the lies we tell ourselves as kids become our grown-up truths.

It took years and lots of intentional choices to find the real me under the layers of doubt, shame, and oversized clothing. But a few years back, the truth began to emerge as a quiet voice, calling to my soul, boosting my confidence.

Are – Meaning assumed, without question. A state of being, a point that can’t be argued.

Beautiful – One of a kind. Wonderfully made. A masterpiece. Worthy of being treasured and cherished.

The realization felt like a warm blanket — it was the death of a lifetime of lies and the birth of a bold, courageous, new me. I began to live into the truth: flourishing, thriving, fully in bloom.