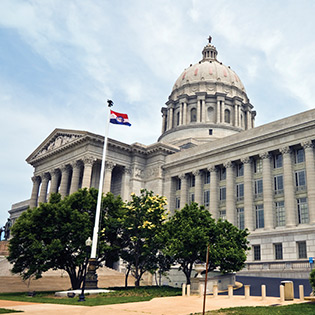 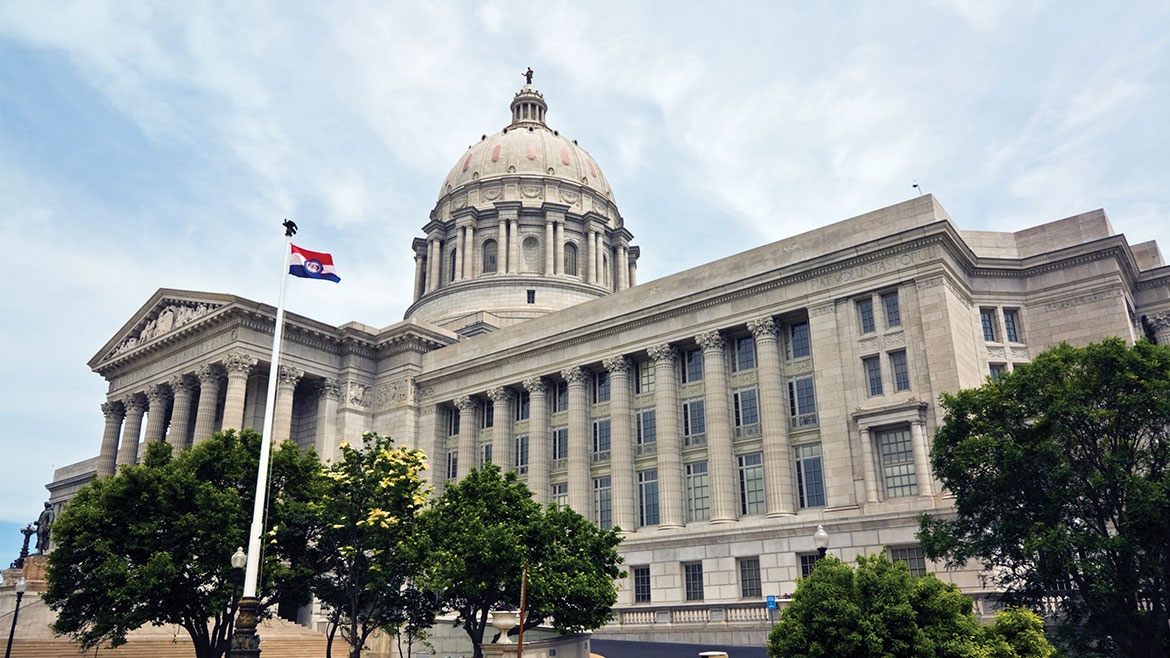 When I sat down with Governor Eric Greitens shortly before Christmas for a conversation about his first year in office, I expected that we’d air it in a half-hour special report in January, just before he delivered his second state-of-the-state address to Missouri lawmakers. I did not know then that KMOV-TV, in St. Louis, was preparing its bombshell expose on Greitens’ extramarital affair and the allegation that he had blackmailed the woman involved, which ended up airing the same night, right after his speech. Other news agencies in St. Louis have reported that the story, which is based on secret recordings made by the ex-husband of the woman in the affair, was shopped to them last year as well, but they held off when the woman at the center of the scandal refused to be interviewed. KRCG-TV was not on that shopping list, so my December interview with Greitens focused on his policy agenda and the political controversies that dogged his first year in office.
In our interview, Greitens hung his hat on a jobs agenda, and he reflected on his choice to put lawmakers on overtime to get the results he was after. He credited legislation from the first special session — which allowed regulated utilities to negotiate special rates with commercial customers — for a commitment, made in November, to bring a steel mill to Sedalia, and for opening the door to bringing an aluminum smelter back to the Missouri Bootheel.
The jobs agenda also made Greitens the first Missouri governor to sign right-to-work legislation (or, as he prefers it, “freedom” to work), but that bill still must win a ballot fight before it can become law. In December, the governor expressed confidence in winning that battle in 2018. Greitens last year also allowed legislation blocking localized increases in the minimum wage to become law without his signature, while he did sign a bill making it harder for workers to sue over alleged discrimination in the workplace. Both of those bills ranked high on the GOP priority list.
All of that accomplishment was overshadowed by Greitens’ strategy for gaining control of issues and agencies run by appointed boards and commissions. He put the Missouri Clean Water Commission and the Missouri Veterans Commission in his crosshairs in an effort to change standards for farming and for veterans homes. And, at the end of the year, he lit a fuse in the state senate with his inter-session appointments to the Missouri Board of Education. Those appointees succeeded in getting rid of the sitting commissioner of education, but they now have almost no chance at senate confirmation this year, and therefore no control over the naming of a new commissioner. Some lawmakers have vowed to reign in the governor’s appointment powers.
The issue which most dogged the governor into his second year in office is transparency. Greitens ran on a promise to be the most transparent governor in state history. But before the echoes of his inauguration had faded, reporters were asking about the high-dollar contributors who paid for that party, and about the dark-money fundraising operation set up by his campaign people. That group, A New Missouri, has targeted issues that Greitens considers important, but it has also targeted people he considers a problem. And any claim of transparency seemed completely undermined by revelations that the governor and his staff used a smartphone app that deletes text messages and prevents screen grabs, which has prompted an investigation by the state’s Republican attorney general. And his preference for Facebook Live videos over face-to-face news conference encounters minimizes his exposure to the damage that transparency could otherwise bring.
Our meeting in December was my third sit-down interview with the governor since he took office. I’ve observed that he comes prepared with his talking points and he does not stray. As the head of a national charity for veterans, Greitens was in front of a camera many times, including on national broadcasts, before running for governor; he does not come across as a deer in the headlights.
During our interview, the governor promised to pick up where U.S. Congress left off in 2017 — with a major new tax reform plan, this time for the Show-Me State. As I’m writing this, his rollout of that plan has been delayed by his need to control the damage from his extramarital affair scandal. More than a few lawmakers have expressed doubt that the governor can advance anything that significant in the current political climate. Some don’t think he can stay in office at all. If he’s no longer governor when you read this, you’ll know they were right.

Kermit Miller anchors the 6 and 10 p.m. news for KRCG 13. Kermit is an award-winning 45-year veteran journalist and one of the longest serving members of the Missouri Statehouse press corps. You can reach Kermit at [email protected]