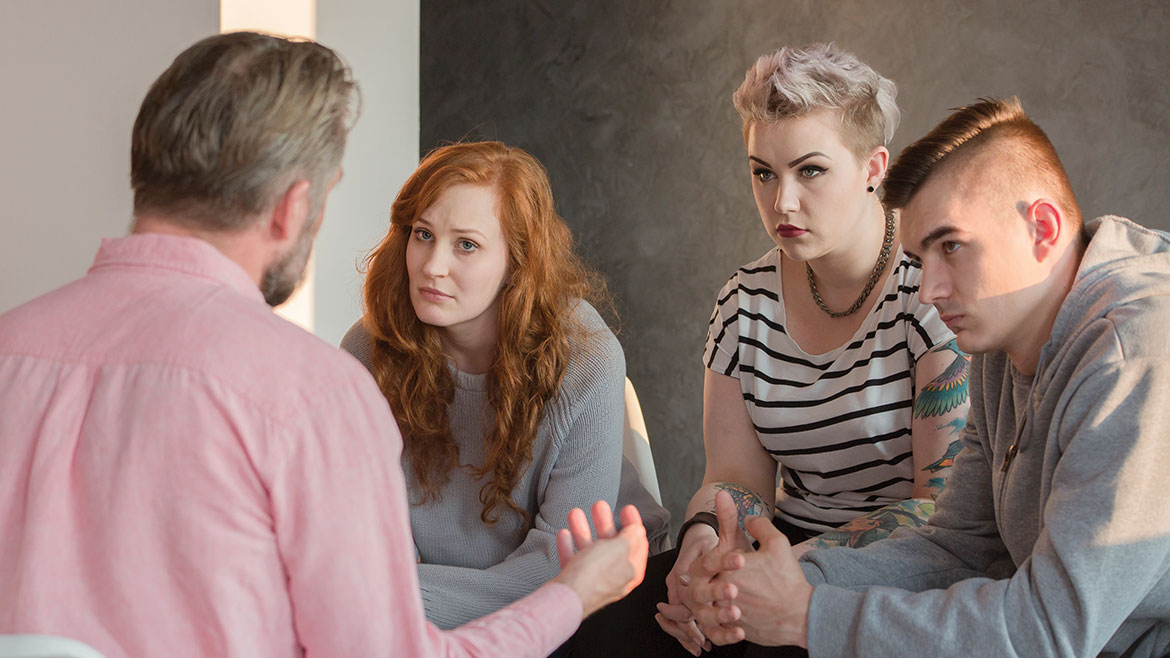 I can’t believe that Mike can’t manage his cancer; he should have better self-control than that . . .

Sharon was so reckless to get Alzheimer’s . . .

John should be ashamed of himself for having that stroke . . .

It seems strange just to read those, doesn’t it? Yet it’s pretty common for people to hear or say things like:

I can’t believe Mike can’t manage his drinking; he should have better self-control than that . . .

Sharon was so reckless to get high . . .

John should be ashamed of himself for doing drugs . . .

When it comes to understanding addiction and those who struggle with it, “we’re still in the dark ages,” says Heather Harlan, prevention specialist and adolescent counselor at Phoenix Health Programs in Columbia. Harlan says the public often misunderstands addiction by associating it with a lack of self-control or poor discipline. Part of Phoenix’s mission, in addition to treating addiction patients, is to create “a new perspective on recovery.”

Phoenix has been in Columbia since 1974 and provides a variety of outpatient services as well as residential services in their facility on Leslie Lane in the north part of town.

Those who have had friends or loved ones struggle with addiction have often asked themselves what happened to make that person so vulnerable. Often, it’s not anything the individual can control. “Adverse childhood experiences are very accurate predictors of who is more prone to addictive behavior,” Harlan says. There are ten adverse childhood experiences, or ACEs, that clinicians refer to; according to Harlan, and the more ACEs a person experiences, the more likely they are to develop substance abuse issues. “Not only that, but exposure to these experiences results in higher incidences of cancer, diabetes, and a shorter life expectancy,” Harlan says. “Combine that with that fact that 95 percent of addictions begin in adolescence, and we begin to understand that addiction really isn’t a choice in the way most people think it is.”

People don’t choose to have endured a traumatic childhood experience that actually changes the chemistry of their brains in a way that leads to addictive behavior. Once those neuropathways are there, they’re set, and the way to help someone deal with those behaviors is “by addition and not subtraction,” Harlan says. “We can’t take out the neuropathways that are already there, so we have to add new ones that are healthier.”

When it comes to adding new, healthier behaviors in regard to substance abuse, most of us would say that total abstinence is the way to go. It’s the time-honored practice of 12-step programs such as Alcoholics Anonymous. But a different way of thinking is gaining traction within the field of addiction treatment.

“It’s called ‘harm reduction,’” says Laura Cameron, a treatment counselor at Phoenix. Instead of taking an “all or nothing” approach where the only option is total abstinence, it’s about finding stability — “a life that works for you,” Harlan says. At Phoenix, counselors like Cameron and Harlan tailor their approach to each person who comes to them for help. Those approaches can include traditional options like 12-step programs, but they might include other approaches so that, even if total abstinence isn’t achieved, the person can still be helped as much as possible.

When asked if harm reduction is the future of addiction treatment, Cameron replies, “I think we need to move toward harm reduction.”

Harlan and Cameron not only talk about a different philosophy of treating addiction, but also a different framework to implement that philosophy. Most addiction treatment centers offer what’s called a 21-day program, where a person packs his or her bags and stays at the treatment center’s campus for three weeks. Phoenix Health does offer residence for those who need it, but just like every other form of treatment, the period of time a person stays there is customized to each individual.

Harlan explains that a lot of the people who come in looking for help are surprised when the staff works so collaboratively with them to customize their treatment plan. A lot of people who have tried and failed in battling their addictions are used to professionals simply telling them exactly what to do and that those orders need to be followed precisely.

Harlan is also keen on changing attitudes toward addiction in the workplace. She would like to see employers take more of an active role in helping employees with addiction, rather than simply letting them go. “We’ve had employers bring employees in here with substance abuse problems to get them help and told us that their jobs will be waiting on them once they get better,” Harlan says. “Knowing that a job is waiting can really give people a lot of motivation to get better.”

An employer can simply encourage an employee to pick up the phone and call Phoenix Health to set up a screening so that the employee finds out exactly what their struggles may be. And since the individual getting the screening doesn’t necessarily have to go into residential treatment, the experience might not be as jarring to their life as it would be if they had to uproot and stay at a facility for a set term.

Phoenix has evolved quite a bit since it first opened more than 40 years ago — at that time, it provided only 12-step programs and offered them only to men. As the city has changed, Phoenix has changed with it, always seeking the best way to help those afflicted with a misunderstood condition.

Two are Better Than One