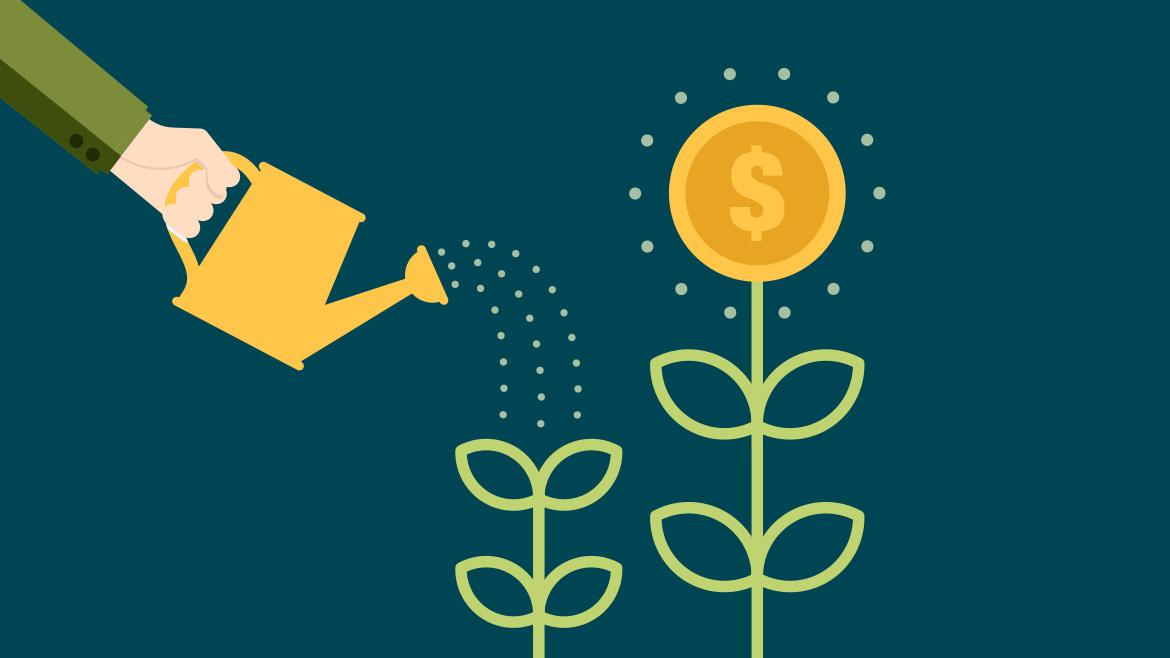 September: Briefly in the News

Barton, the environmental health and safety manager for the Columbia facility, and Tiejema, Dana’s regional environmental manager, took stock of the recently installed LED lighting on the plant floor, the mountains of cardboard, plastic and Styrofoam resting in the plant’s recycling receptacles, the structures that capture and house the heat coming off of the air compressors in order to pipe it back into the building during the colder months.

In 2013, Dana’s corporate headquarters tasked each of its plants to reduce the waste they send to the landfill by 25 percent over the next three years. The Columbia location reduced its output by 72 percent.

“What we look at is reducing that footprint to become that friendly neighbor, to remove that image of the dirty smokestacks that most people have for the auto industry,” Barton says. “It’s not the same as what it once was. We just want to prove that we can be good to our community, just like everybody else.”

Whether it be from the top down, like Dana, or generated by consumer or employee interest, businesses around Columbia are coming around to the benefits of eco-friendly practices in the workplace. Motives range from altruistic to financially savvy and all points in between.

“Anecdotally I hear, ‘We’re doing this because our customers are asking us to do it, and we want to retain them.’” says Barbara Buffaloe, sustainability manager for the City of Columbia. “The other thing I would say is, while we see it happening with local businesses who are interested in this and want to figure out a way to set themselves apart, we also see this happening at a national level. They see, ‘If that company has that goal, why can’t I?’”

For entities that are early on in the process of becoming more environmentally conscious, the community has a number of resources on which they can draw for first steps, like educational opportunities, rebates, or examples to follow.

All it takes is a little curiosity, desire, and ingenuity.

Dave Elman, owner of Fretboard Coffee, says: “It’s just about being open to that sort of creative thinking. What can we do with what we have?”

When Elman opened Fretboard Coffee in 2013, he came into it with an environmentally sustainable mindset.

He wanted the coffee bags that he sent to grocery stores to be compostable and biodegradable. He wanted to compost the old coffee grounds, lemon rinds, tea leaves, and espresso pucks that the store used. He deconstructed the pallets the store’s coffee shipped in on, and one of his employees made furniture for the store out of them. They cut up empty burlap shipping sacks to be used as curtains.

Elman realizes that not every business owner is going to have the resources or the desire to undertake such extensive conservation efforts. He also knows it doesn’t take that much to start.

“You’ve got to start with the low-hanging fruit, the things that are easily provable and tangible for a return on investment,” Elman says. “It’s about business. You can be the most environmentally friendly business in the world, but if you go under, it’s not going to do you any good. You’ve got to be practical.”

For example: lighting the store. Every business needs lights. Installing LED fixtures is more costly on the front end but, with the efficiency advantage over more conventional bulbs, could lead to smaller utility bills in the future. Plus, the city offers rebates for switching to LED. Barton enjoyed the fruits of that program when Dana made the switch.

“You can be the most environmentally friendly business in the world, but if you go under, it’s not going to do you any good.” – Dave Elman, Fretboard Coffee

You could also count on the sun to do some of the heavy lifting for you. Dogwood Solar, in Columbia, offers free site analyses in which a technician factors in the physical dimensions and shade of a space, as well as historical weather patterns in a location, to map out expected solar production for a space and estimate how much the tenant could save on future electric bills.

Dogwood owner Dan Shifley says consumers often overestimate the initial costs of solar power solutions based on how expensive the services used to be as recently as five or six years ago.

Another area to address could be the bones of the building. The city offers to check for air leaks and do heat surveys at facilities to determine how efficient the thermal envelope is. Drew Wallace, founder and CEO of the Columbia-based econsultants, an energy audit services company, says windows and exterior wall insulation are key to ensuring an efficient building, which helps the environment as well as overhead.

“If you don’t have a good thermal envelope, there’s really no reason to make a bunch of upgrades on your HVAC (heating, ventilation, and air conditioning) and everything else, because you’re losing lots of energy,” Wallace says. “That’s kind of where everything starts. After you have a good shell, then you can start thinking about making upgrades to your HVAC system and your light fixtures.”

Every business is going to leave a footprint. The smaller that drain on resources, the fewer potential costs to face.

“Energy you don’t use is really the cleanest energy. It keeps on paying for itself over time.” Buffaloe says. “Kind of ‘Work like you live there.’ It doesn’t mean spend the night at work. You try to practice these behaviors that you would do at home to save money and make less of an impact. Just to practice what you preach.”

How much do green business practices matter to a company’s customers? How much more attractive is a company in the marketplace if it also takes a visible, active role in helping to improve the community in which it’s located?

This spring, a study co-authored by Jung Ha-Brookshire, an associate professor of textile and apparel management and associate dean of research and graduate studies in the College of Human Environmental Sciences at MU, found that consumers identify four key areas of corporate sustainability that they believe are the moral duty of companies to uphold: working conditions, environmental support activities, community development, and transparency.

Trends like these help explain why it’s a prudent move for corporations such as Dana and Walmart to set green goals for their local affiliates, and for the 3M plant in Columbia to undertake projects such as a $25,000 grant to the City of Columbia that community conservationist Danielle Fox says will go to the restoration of butterfly habitats.

Wallace says the builders he works with, who produce single-family homes and apartment complexes, have to be responsive to the similar desires of customers in the housing market as well.

“Nobody wants to spend a whole bunch more money but, in all honesty, the majority of the good builders in town were already doing a lot of this stuff to begin with,” Wallace says. “In a city like Columbia, which is usually pretty progressive as far as energy efficiency and sustainability, they kind of stay on the front end of adopting a lot of these energy codes. If you’re going to build in Columbia and you’re not willing to stay up on energy efficiency and sustainability, then it’s going to be real tough to build.”

Elman found it easier to build in the costs of eco-friendly measures on the front end, before and right after Fretboard’s launch, rather than try to find money for them later in the process. The biodegradable coffee bags cost nearly three times the normal ones, for example, but Elman found it easier to justify the expense at the beginning. It was relatively simple for him, since being environmentally conscious already fit into his ideology. The positive impact on the community — and positive word-of-mouth advertising that ensues — should help defray the costs for even more reluctant business owners.

“It shouldn’t come down to having $200 or you’re going to be going out of business. If that’s true, you’re probably doing something else wrong,” Elman says. “Also, if you’re doing something environmentally friendly, you’ve got to tell people about it. If they don’t know it, they’re not going to give you that loyalty and warm fuzzy that they get that’s going to make them go to your business. It’s about picking the thing that’s going to make the most sense to the business, but also communicating that to the world.”

Getting People on Board

The director of custodial services for Columbia Public Schools went into overcommunication mode after researching possible green cleaning changes that could be made across the district, spurred by the Missouri Department of Elementary and Secondary Education guidelines that came out in 2009.

Jones sold it to his boss (who then sold it to district administration), saying that, even though the guidelines were voluntary, they were the right thing to do for the health of the children in Columbia Public Schools.

Before he put any of the green cleaning supplies into circulation, he went around to the schools and did demonstrations for the principals and custodians. He had his custodial staff try out all of the products, from new mops to less toxic disinfectants.

In this way, he earned buy-in.

“Custodians were actually testing the products for us, then we brought them together and gave them a survey sheet,” Jones says. “It’s hard to take the old-fashioned string mop out of the custodians’ hands and get them to use the flat mop. It was just getting them to understand why we’re doing it.”

The district produces its own cleaning chemicals now, saving nearly 550 shipping boxes and 2,200 gallon plastic bottles of their former supplies. It has reduced the number of trash cans in its classrooms and sent 40,000 fewer trash bags to the landfill than it would have.

Jones switched out the conventional paper towels in the bathrooms to a higher-quality brand and limited the placement of dispensers and, within a year, saved $40,000. Those savings allowed him to undertake even more green initiatives. He’s one of 12 members of the national Green Cleaning Leadership Council, one of the foremost advocates of green cleaning in the country.

“We’re pretty heavily involved in making sure we use environmentally sensitive cleaning products and procedures,” Jones says. “Years ago, when we had our conventional cleaning products, we had health ratings that were not good for our district custodians. The chemicals left on the surfaces just weren’t good for students either. We try to do everything to improve this to help them too.”

Barton enjoyed a similar experience at Dana, where he says the employees have been on board with the plant’s sustainability measures.

“A couple of the things we’re doing [the company is] trying to benchmark across all plants,” Barton says. “I’ve had a couple plants reach out to me and ask how we sustain some of these items. It seems like everybody’s involved with it one way or another.”

As with any practice, going green is something that looks different at different places, depending on the industry, resources, circumstances, and capability.

For businesses in Columbia, though, it’s a move that’s making more and more sense.

“We’re open seven days a week, and we need to make sure employees are not being overtaxed with things that are ridiculous,” Elman says. “I temper what we’re doing and how we’re doing it with ways that I think are reasonable for them, that are the same and don’t add much in effort or anything for them to do. And we just kind of go from there.”