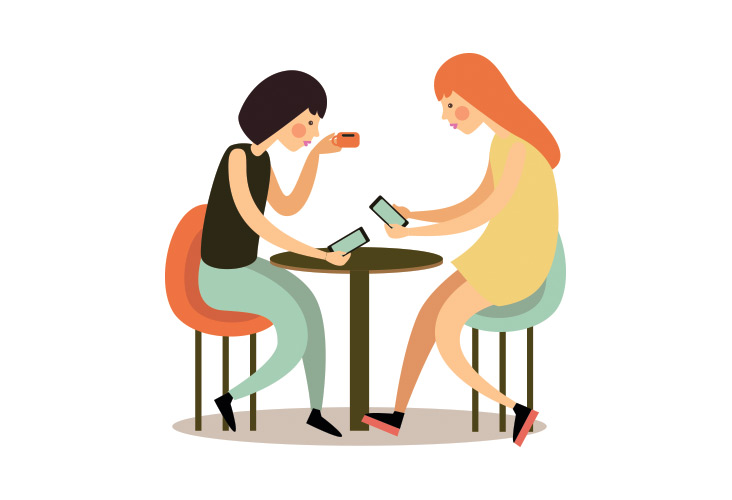 Understanding the dangers of our internet world.

The internet offers an infinite landscape of ever-changing information, stimulating the brain’s reward system much like sugar, alcohol, nicotine, caffeine, gambling, or any other trigger in the seemingly endless array of addictions. Many Americans must use the internet constantly for their jobs, and even children now own smart phones. The digital world has become a nearly inescapable aspect of our public and private life.

“In public, when we see ‘that guy’ playing on his phone instead of watching his daughter, we think, ‘What an idiot!’” observes Scott Loring, a teacher from Russellville, Missouri. “For two years, my wife told me that I was addicted. I didn’t realize that I was becoming ‘that guy’ with my phone, and I was in denial.”

Internet addiction, also termed “digital device addiction,” is a new disorder, affecting up to 15 percent of internet users, according to Internet World Stats. The epidemic has become so widespread that the American Psychological Association has now included “Internet Gaming Disorder” in the Diagnostic and Statistical Manual of Mental Disorders as a “Condition for Further Study,” which is the step before naming it as an official diagnosis.

What We Know and What We Don’t

“In part, addiction remains a mystery,” says MU Health Care substance abuse specialist Dr. Daniel Vinson. “All addictions are chronic brain diseases, and the brain is enormously complex. There are hundreds of millions of neurons in our brains, and every one is connected to many, many others. Lots of things can affect those connections, those circuits, and changes happen throughout life, not just in the embryo and fetus. When you learn something, you ‘learn’ it because new brain connections form and some cells, perhaps, change their internal chemistry.”

According to Vinson, the formation of an addiction may include many factors: genetics, childhood experiences, a lack of positive experiences, or an array of other unknown factors. Having a parent or sibling with an addiction also increases one’s own chance of addiction.

“My daughter was only a year and a half or 2 when she told me, ‘Daddy, put the phone down,” says Loring. “The visual your kids have when they look at you with your phone is that there is a barrier. That has psychological effects on them.”

Given that internet addiction is so new, many of the long-term effects are unknown, which can make it difficult to diagnose and track. According to Reach Out Recovery, some of the known symptoms include losing track of time online, irritation when interrupted, having trouble completing tasks at work or home, isolation from family and friends, feeling guilty or defensive about internet use, and the inability to stop despite consequences and stress. Physical symptoms can result in carpal tunnel, dry eyes or strained vision, backaches and neckaches, migraines, sleep disturbances, and pronounced weight gain or loss.

“What concerns me more than anything is that we are handing digital devices to our kids while having zero data on what this does long-term,” says Loring.

According to Vinson, children who live in neighborhoods with more alcohol or drug use are at greater risk for addiction to these substances, and peer influences in adolescence are also influencing factors.

The same could be true of exposure to digital devices. Only time will tell.

“There was one night when my daughter was in bed crying. I went in to comfort her and had my phone with me,” says Loring. “The fact that I was trying to comfort my daughter with one hand and didn’t have the other hand available because of my phone bothered me. I heard a 60-year-old version of me as a voice in my head saying, ‘You idiot! This time is precious and you are wasting it!’”

After this incident, Loring went to AT&T to get a downgrade on his cell phone plan. The store only had two non-smart phone options to replace his iPhone 5.

Loring admits having some withdrawals during this season, such as fear of missing out on Facebook happenings. After two years, he went from his “dumb phone” back to a smart phone — this time with a fresh perspective.

“There are educational philosophies that say, ‘We are just going to live without these things,’” Loring says. “But it’s not about getting rid of your technology, but how to live with it.”

Loring credits the book “The Digital Invasion: How Technology Is Shaping You and Your Relationships,” by Dr. Archibald D. Hart and Dr. Sylvia Hart Frejd, for shifting his relationship with digital device use.

“[People my age] are digital immigrants because we grew up without this technology, and we know what it’s like to play outside and sit still and be okay with not doing anything,” he says, citing an analogy from the book. “We’ve developed those skills. Our kids are digital natives. They’re being molded without these skills.”

Loring was so impacted by his experiences that he taught a Sunday school class based around the “The Digital Invasion” where the students designed their own digital device use contracts for their families. Some of the agreements included in the Loring family’s contract are that phones will not be plugged in the bedroom and certain times and locations in the house will remain technology-free.

“We’ve had a harder time abiding by the contract than we thought we would,” Loring says. “But we’re committed.”

In Loring’s case, family support, church support, abstaining from his iPhone, and studying the subject were effective solutions. But addiction is a unique path to each who travels it.

“There are many treatments for addiction,” says Vinson. “No one treatment works for everyone.”

Vinson says psychotherapies such as motivational enhancement therapy, cognitive behavioral therapy, and 12-step facilitation therapy can help with addiction. Vison also encourages people to be supportive and treat addicts with compassion. He says, “Seek to help set them free.”

The COMO Living Advisory Board shares their thoughts about digital devices in a companion story.