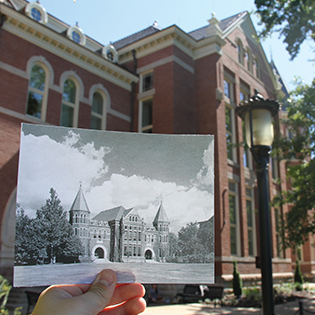 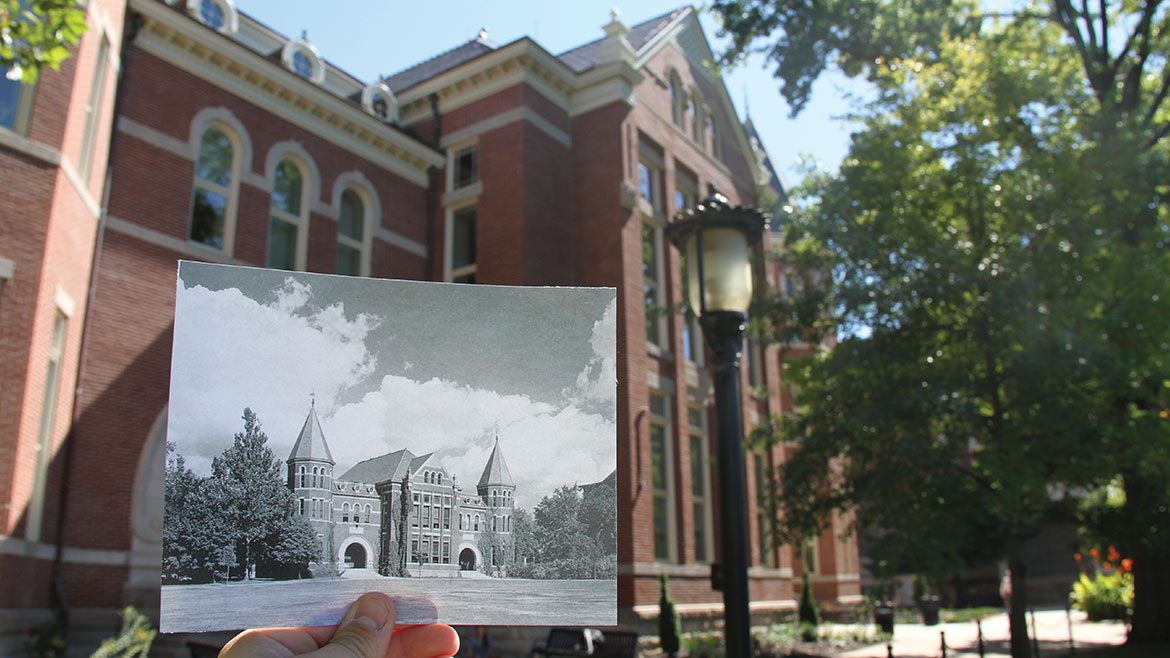 Named for George Clinton Swallow (1817-1899), MU’s first professor of geology, chemistry, and agriculture, Swallow Hall was designed in 1892 and constructed in 1893. Swallow was also the first dean of the college of agriculture and the first state geologist of Missouri. The name was retained even after the biology and geology schools relocated buildings. Swallow Hall later housed the school of business and commerce and then housed the anthropology department.

The building’s architect was Morris Frederick Bell, who designed many of the buildings around the Francis Quadrangle. Bell moved to Missouri in 1869 and settled in Fulton in 1871.

Swallow Hall is located at the southeast corner of the Quad. It was named to the Columbia Historic Preservation Commission’s notable properties list in 2002 and is on the National Register of Historic Places as part of MU’s “Red Campus,” named for the red brick used in construction of the buildings found in the quad area.

The exterior walls of Swallow Hall were preserved and the inside was renovated. Renovations were completed this summer, and the building reopened in August 2016.

The renovated building houses the departments of anthropology and art history and archaeology, with an additional 8,349 square feet of usable space, including a new 100-seat lecture hall and a new 35-seat classroom, plus improved ADA and Life Safety Code features. During restorations, they replaced wooden structures in the building that allowed for space reconfiguration, including a third floor and improvements to the basement. In 2015, MU estimated the cost of the reconstruction project to be $16.9 million and reported that $5.5 million in facility needs will be eliminated now that the project is completed.