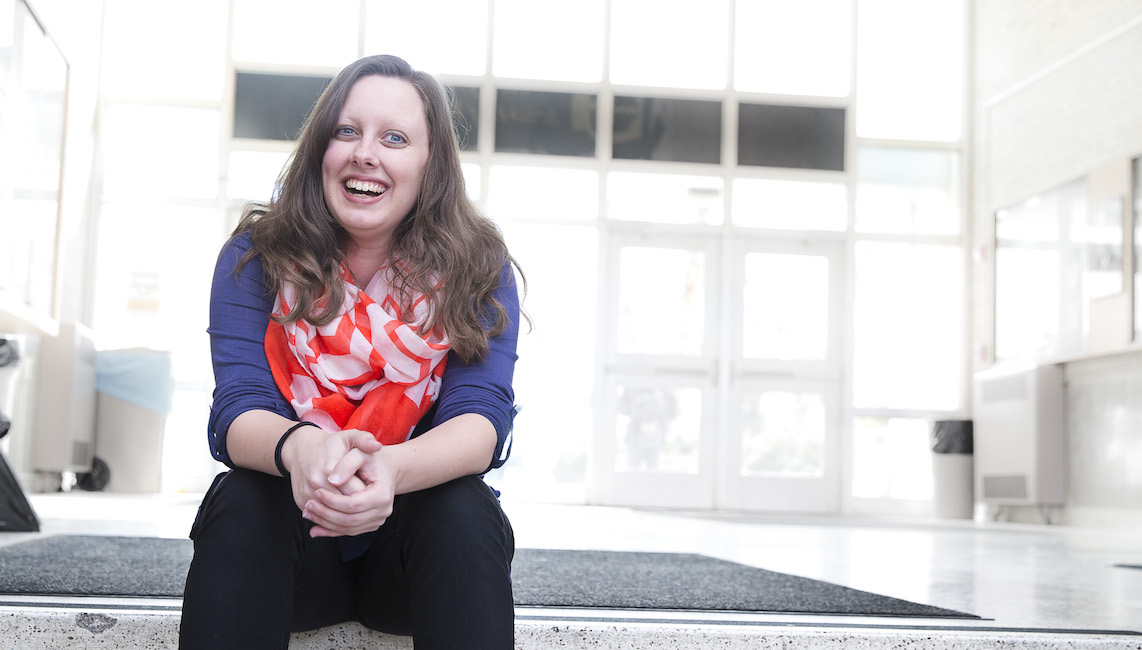 Rob Roach and Kaitlyn Kohley have never met. Despite being comparable in age, they grew up in different towns, attended college in separate states and have led very independent lives. Yet in 2016, the two young professionals share the same city streets, expound kindred values and live and breathe a parallel passion.

Both Rob and Kaitlyn care deeply about the LGBT community and love their faith. After personally coming to terms with how the two intersect, they each share a desire to tell their stories in hopes of helping others who struggle with similar questions. Meet Rob Roach and Kaitlyn Kohley. 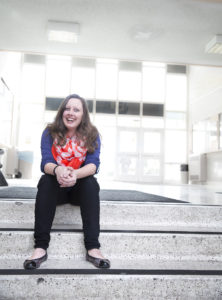 Like Rob, Kaitlyn Kohley has a deep attachment to the LGBT community and a desire to protect the place she has found an abundance of love of grace. Yet, she also struggles with feeling in limbo and unsure how to engage within the community when her primary connection comes from having a lesbian mother who came out later in life.

Kaitlyn, quiet yet resolute, was born in a small Missouri town and moved to Columbia in the fall of 2008 to pursue a degree in psychology from the University of Missouri. She then found jobs in the social work field for three years before starting work on an MPA from the Truman School of Public Affairs in 2014.

“I have multiple passions,” says Kohley, who will graduate in May. “I’m not sure where they will lead me.” Her interests are primarily two-fold: to use statistics and narrative to communicate health policy in understandable ways and to educate communities on the needs of LGBT families, particularly the church community. Both passions have grown out of her personal story.

While sipping her favorite coffee at Lakota, Kaitlyn recalls a childhood similar to many Midwest families. “My parents were intentional about providing a safe home,” she notes. “We had dinner together as a family, then played games or watched TV before going to bed.” Kaitlyn believes that structure had a great impact on her and was foundational to her feeling loved and accepted as a child.

Around age 11, however, her family dynamic shifted. Kaitlyn remembers turning to survival mode. “It was a lonely and stormy time for a lot of reasons,” she shares as she thoughtfully reflects on how to best describe the situation. “That season helped me realize how strong I am, showed me the value of a support network and gave me a desire to help others.”

By the age of 14, Kaitlyn’s parents decided to divorce. Both parents stayed living in their small town and shared custody of her and her sister. “They wanted to make it the best transition possible, so we would still spend holidays and birthdays together,” she says.

Kaitlyn continued on with teenage life striving to adjust to the change and the new custody schedule and unaware things would change again the day she turned 17. “Basically, my mom came out to me on my seventeenth birthday,” she says.

Kaitlyn recalls spending an enjoyable day with her mother, who asked if there was anything else she wanted before they headed home. Sitting in the car, Kailyn noticed a ring on her mother’s finger and mentioned liking it. “She got really quiet and then mentioned it was a gift. I remember asking about ‘him’ and her responding, ‘He’s a she.’”

Kaitlyn says she sat in silence struggling to verbalize her mixed emotions until her mother asked what she was thinking and feeling. “I told her I was shocked, but I loved her.”

In those moments and the ones to come, Kaitlyn found herself surprised and confused about her mother’s new relationship given that she had been married to her dad. Yet she also yearned for her mom to understand that her confusion didn’t change the way she felt about her.

Living in a New Reality

Once Kaitlyn and her sister both knew, the family began wrestling with managing the change. “My mom had us both see a counselor to talk things through, but I wasn’t ready to talk about it yet.” she mentions. “I also remember both parents telling us to be careful who we told.”

Kaitlyn understood the reasons. She had heard the anti-gay language around school and knew her parents didn’t want her to be negatively affected, but she admits to pushing a lot of her conflicting feelings down without working through them.

“What I heard was that my mom was still in the closet and I need to keep quiet to protect her,” Kaitlyn shares. “What I know now is that I felt like I was also placed in a closet because I couldn’t talk about it.”

Looking intently through her silver frames, Kaitlyn says she didn’t share the hurt with her mother either. “How do you tell someone you love that a part of their life is impacting you like that?” she asks as the memory takes her back in time. “I felt alone, and I was afraid that meant I didn’t love her.”

Kaitlyn says she wasn’t aware of anyone or any resources to help. “I had nothing, no one, my sister and I didn’t really talk about it” she shares. “I thought I was the only one alive who had a gay parent who came out later in life.”

Her feelings only intensified after her sister’s friend got angry and shared about their family situation. “We were outed to the community, and I can’t tell you the level of fear I experienced,” Kaitlyn says. Although afraid of those who used derogatory language, Kaitlyn says she never was bullied. “It seemed to make a difference that people actually knew me.” she says.

In a conversation with her mother much later, Kaitlyn realized her mother had no idea the level of hurt she had experienced during that season.

After graduation, Kaitlyn moved to Columbia to start college. Once in new surroundings, she disassociated herself with the LGBT community believing it was her mother’s life and wouldn’t impact her here. “Yet I knew it did,” Kaitlyn says. “It’s like having an identity, a part of you, that people can’t see.”

Her loneliness and silence continued and as she began attending church more often, her internal crisis intensified. “I had never had problems with my mom or her partner ever,” she shares. “They were both beneficial to my life. I didn’t see their life as a sin.” Yet she says many of the people around her did, which caused emotions Kaitlyn could not resolve by herself.

The fog started to lift the summer of 2009 when she attended a leadership training event in Colorado and befriended someone with a similar story. “She understood feeling like being in a closet and the inner conflict I was feeling,” Kaitlyn says. “It was a powerful experience.” Through the friendship, the two wrestled with their identities as children of gay parents and the resulting inner conflict. “I have lots of friends who are supportive, but it helps to have someone who has lived a similar story,” Kaitlyn admits.

As she’s grown in confidence, Kaitlyn has recognized a desire to meet other people similar to herself. “Based on the experiences with my mom, it makes me want to share my story more,” she notes. She says her background has developed into a passion to create space, especially in the faith community, for children of LGBT families to talk about their experiences. 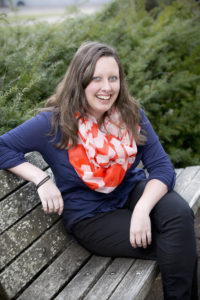 When she needed an internship as part of her master’s program, Kaitlyn reached out to the Gay Christian Network in Raleigh, North Carolina. She was accepted and spent the summer of 2015 learning about their organization and their desire to transform attitudes toward LGBT people across denominations and cultures.

“I went because I thought understanding the LGBT community was an important part of the church,” she shares. “But it ended up being an intensely personal experience.” She has used the opportunity to meet people individually, listen to their stories and begin discerning how to move forward herself.

In addition to her involvement at GCN, her education in policy making has helped Kaitlyn to identify cultural gaps within communities, understand the importance of advocacy and learn to share stories in a way that brings a needed message to the public’s attention. “Although it’s a critical component, research doesn’t always help us reach a consensus on polarizing issues,” Kaitlyn says. “In fact, people become more polarized when they have knowledge, but stories can bring people together.”

Kaitlyn doesn’t know where these realizations and passions will take her, but she is committed to sharing her story in any way that could help others untangle their own internal tension and thereby unite communities.

“I get to be part of a change that is happening—the shift in understanding that families are completely diverse.” Kaitlyn says. “And that is a good and beautiful thing.”