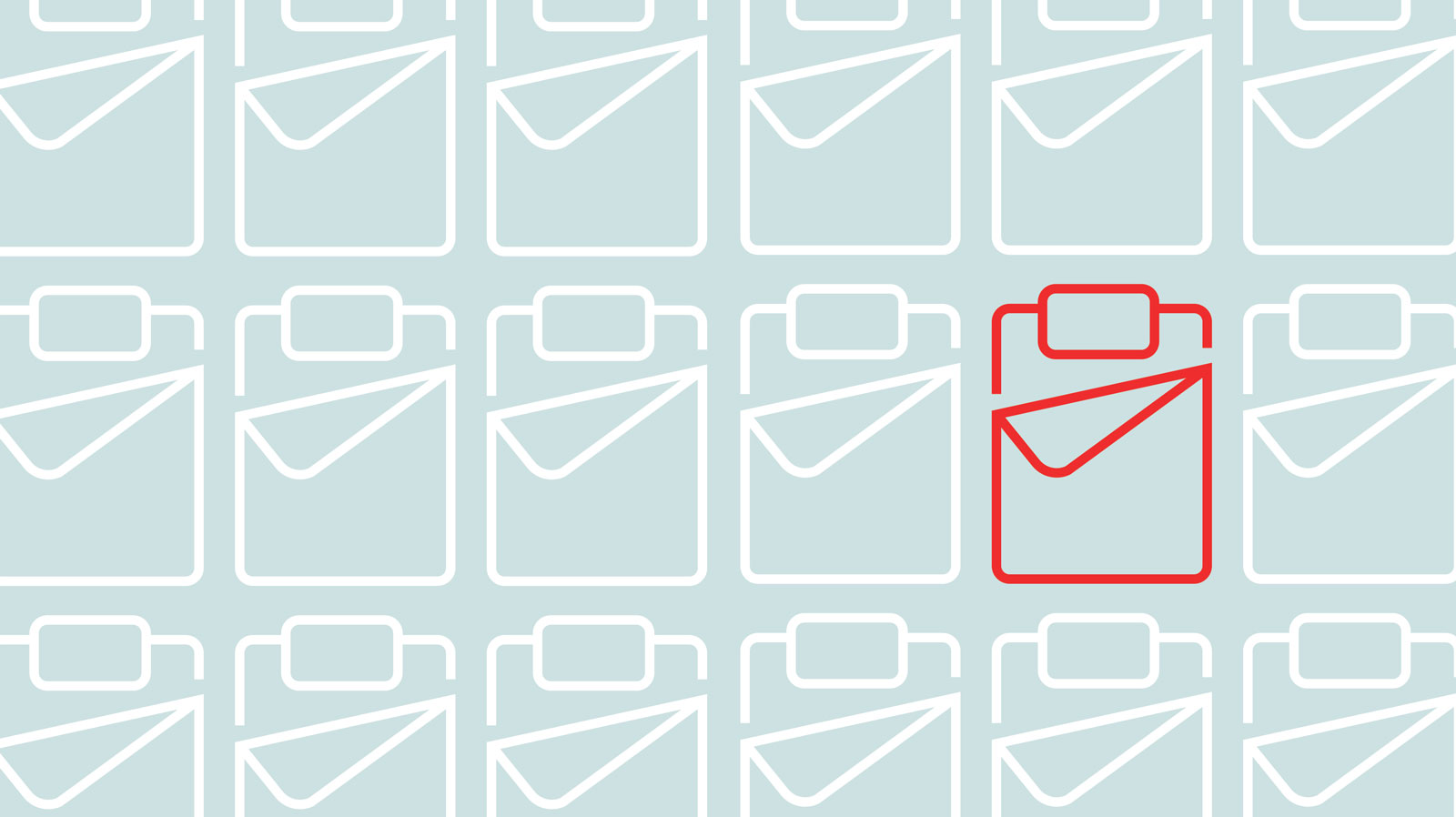 In the seven years Room at the Inn has provided overnight shelter from winter’s cold for Columbia’s homeless, the strong coalition of churches and faith communities that host the shelter on a rotating basis expressed a common theme among volunteers and organizers: what additional services for housing, mental health, and other supports including case management could be provided if Room at the Inn had a permanent location?

It was the same question — asked with equal and mounting passion — being asked by Loaves & Fishes and Turning Point, the evening meal program and day program that calls Wilkes Boulevard United Methodist Church home. Combining the forces and resources of Voluntary Action Center (VAC) and other leading social service providers in one location is not a new idea for those organizations.

“We’ve talked about this for many years,” Room at the Inn board president Debby Graham says.

One after another, others in social service work echoed Debby’s statement, including Ward 4 Councilman Nick Foster, who was elected to the City Council in April after serving more than nine years as executive director at VAC.

Now the concept of a permanent location for Room at the Inn with a complement of other services and agencies, including Turning Point and Loaves & Fishes, isn’t just an idea. The Columbia City Council recently approved the $865,000 purchase of the former VFW building and grounds at 1509 Ashley Street — just east of the city power plant and north off the Business Loop — to house an overnight shelter. The potential development of Opportunity Campus, under the auspices of VAC — and with a projected price tag of $15 million to $18 million, within a stone’s throw of the VFW building — would bring all the services aimed at serving and addressing homelessness to one location.

One Size Doesn’t Fit All

“No single approach alone is going to completely address the need we have,” says Nick, who is no longer part of VAC’s organization. “But there are some things we know we can do.”

Room at the Inn is planning to be at the VFW site for one to three years until the Opportunity Campus is ready, though that development faces enormous financial and possible legal challenges before becoming a reality.

“We’ve been a homeless shelter without a home,” Debby says. “This solves that problem. This was such an unexpected turn of events because we had already started making plans for winter.”

Debby and others involved in years of ongoing discussion about a permanent location for homelessness services said the VFW site will give them “a head start on the Opportunity Campus,” and to see how such a facility might work.

“We’ve all signed on to be part of that effort,” she added. “This gives us a chance to be in one location in the meantime.”

Room at the Inn opens for the winter season on November 27 at 7 East Sexton Avenue, the former site of City of Refuge. Organizers hope a location can be in operation at the VFW site before Christmas. Loaves & Fishes and Turning Point may begin shifting some of their services to the VFW site, too.

Randy Cole champions the possibilities and success of the proposed Opportunity Campus because he has seen success among public housing residents who have achieved better financial standing thanks to having stable housing. Randy, the CEO of the Columbia Housing Authority, was the lead author of a bid-awarded comprehensive homelessness services plan for the city.

Randy and his staff submitted a plan September 30 that includes the Opportunity Campus, along with budget numbers for construction and ongoing operation, with a day center, RATI, Loaves & Fishes, Turning Point, and other services. The plan also includes a focus on affordable housing, “the piece we do,” Randy said.

“The end goal is to get people stabilized and into housing,” Randy said, noting the Housing Authority’s history of mitigating homelessness.

“Housing instability is one of the main reasons for homelessness,” Randy says, pointing to affordable housing as the best path out of homelessness.

“Our residents do pay a portion of their rent,” he says, adding that seven residents are paying full rent with no subsidy “because their income has increased over time. We have a lot of success stories every month where people have taken advantage of things to improve themselves and move on.”

The comprehensive plan comes with milestones that outline steps along the way, including feasibility of the projects, fundraising, and ongoing costs. Randy said the Housing Authority should find out December 9 if state tax credits will be allowed for the project, which could break ground either late next year or in early 2024, with completion in fall 2024.

Funding for the Opportunity Campus would come from private fundraising, contributions from the faith communities, and the city and county making contributions from pandemic relief funds. Mark Palmer, the retired long-time executive at Woodhaven, is the Opportunity Campus coordinator, hired by VAC in March. Mark recently said that some “pretty significant dominos” were expected to fall soon, a reference to likely positive responses to funding requests for the campus and the city’s comprehensive approach to the issues.

Whether the VFW property would continue to serve as the RATI shelter and base for other services when the Opportunity Campus comes to fruition remains to be seen. The site could also be used to relieve overcrowded city offices.

‘This Isn’t a Silver Bullet’

“Short-term, the plan is for Room at the Inn” to use the facility, Assistant City Manager Mike Griggs says. “They can do that right away. That’s one of the reasons we’re purchasing the building. The city definitely doesn’t want to be in the business of operating the shelter,” but rather wants to “work with social service providers who are experts in that field and allow them to operate it.”

Regardless of how the overnight cold weather shelter and Opportunity Campus come about, the measures are “not a silver bullet” for solving homelessness, said Mayor Barbara Buffaloe. “This is just a piece of the puzzle. It’s not going to fix everything.”

Meanwhile, a potential legal snag lingers over the Opportunity Campus plan. VAC has a contract to purchase the property from an LLC owned by Betsy Peters, who is the Sixth Ward representative on the city council. Betsy has recused herself from voting on items relating to VAC and funding programs since summer.

As the city’s legal department reviews the sale for potential conflicts of interest, the property’s former owner has hired a lawyer to challenge the property’s use as a homeless shelter with regards to zoning codes and potential impact on residential property values.

The purchase contract lists the price at $602,000. Betsy purchased the property in December for $600,000. She has signed a pledge to donate the funds back to VAC with $100,000 payments over six years.

The overnight shelter at the VFW building and the proposed Opportunity Campus has vocal critics and criticism. The Business Loop Community Improvement District has specific concerns about current public safety issues, lack of sidewalks, and other issues. Those concerns, shared by Carrie Gartner, the CID’s executive director, include lack of a plan for “overflow problems” where people refused entry due to shelter rules about substance abuse and behavior problems remain in the area.

“These projects do meet several key needs for Columbia including temporary housing, storage, health care, and other assistance,” Carrie added.

Based on a meeting with Mike and ongoing conversations with city officials, Carrie is confident that The Loop’s concerns were heard.

“At this point, we are optimistic that the city understands that the Business Loop has been asked to shoulder this for all of Columbia and is committed to mitigating possible negative effects,” she says. “Overall, we hope the city understands that they should invest in the Business Loop, not just to solve a problem, but in a proactive way to make the area more pleasant, safe, attractive, and accessible for everyone.”

Debby said Room at the Inn has established strong, supportive relationships through the years with neighboring property owners around the churches that took turns hosting the overnight shelter. Nick is emphatic that Room at the Inn “has a great reputation.”

Debby also concedes that some will continue to have concerns or that NIMBY (not in my backyard) will fuel opposition no matter where the shelter or the Opportunity Campus are located. The VFW site, she says, is “an ideal location.”

“It’s in the middle of an industrial park for the most part,” she says. “In terms of locating a homeless shelter somewhere, I would be really surprised if there was an enthusiastic welcome in any neighborhood. I don’t know where we could be more out of the way than here.”

Coming up with firm numbers to quantify Columbia’s homeless population, as well as citing the impact on the local economy, is challenging. The 2020 point-in-time count provided by the Boone County Coalition to End Homelessness reported some 238 families or individuals experiencing homelessness.

Randy points to the Housing Authority’s waitlist of 1,200 households who are at risk of homelessness. With an average household of 2.3 people, that could be “3,000 people who are living doubled up with family and friends, couch surfing, or in housing that just isn’t stable,” he said.

The monetary costs also add up in terms of strain on emergency visits and additional police calls—and not necessarily crime, but mental health crises that prompt law enforcement calls and involvement.

“The impact is felt throughout the community,” Nick added. “One of the concerns we have is that we relieve the police department of so much of what they’re doing to address homelessness. That’s not really their expertise.” Case managers and crisis teams connected with the Opportunity Campus can fill that need, he said.

For those who are wondering:

From VFW 280’s Facebook page: “It is sad to say goodbye to our home. But as membership declines (age), eligibility (not as many who meet requirements), we really need a newer smaller facility. Thus, we will in time have a new home suitable for our needs.

The city of Columbia presented us with a unique opportunity. We could assist the city in their efforts to find a shelter for the homeless and in so doing we could also help the many veterans who are among the ranks of the homeless. We realized the reality of having the resources to find a smaller more efficient facility and be able to further our community outreach.

We thank the community for the continued support you have so generously provided over the years.”