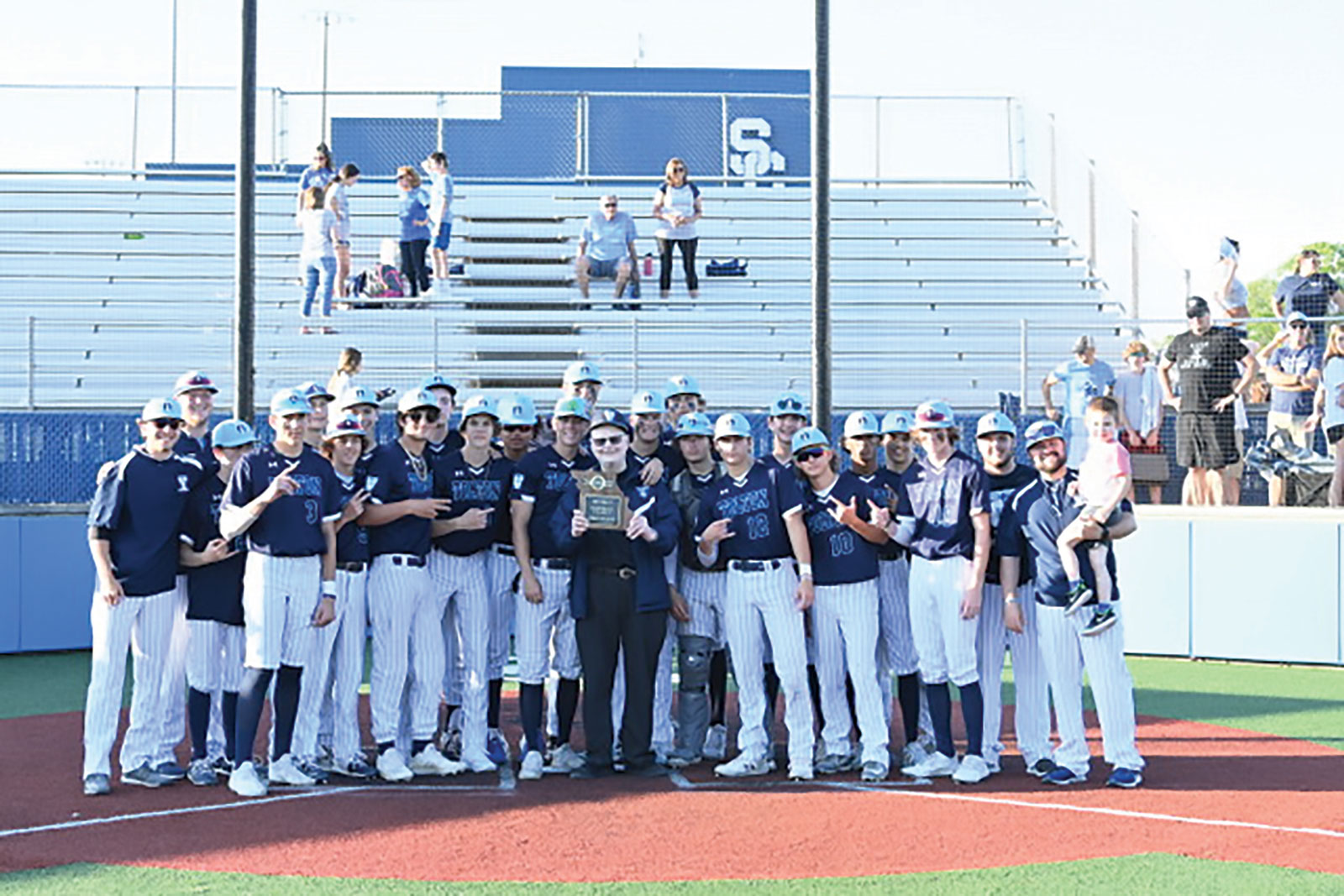 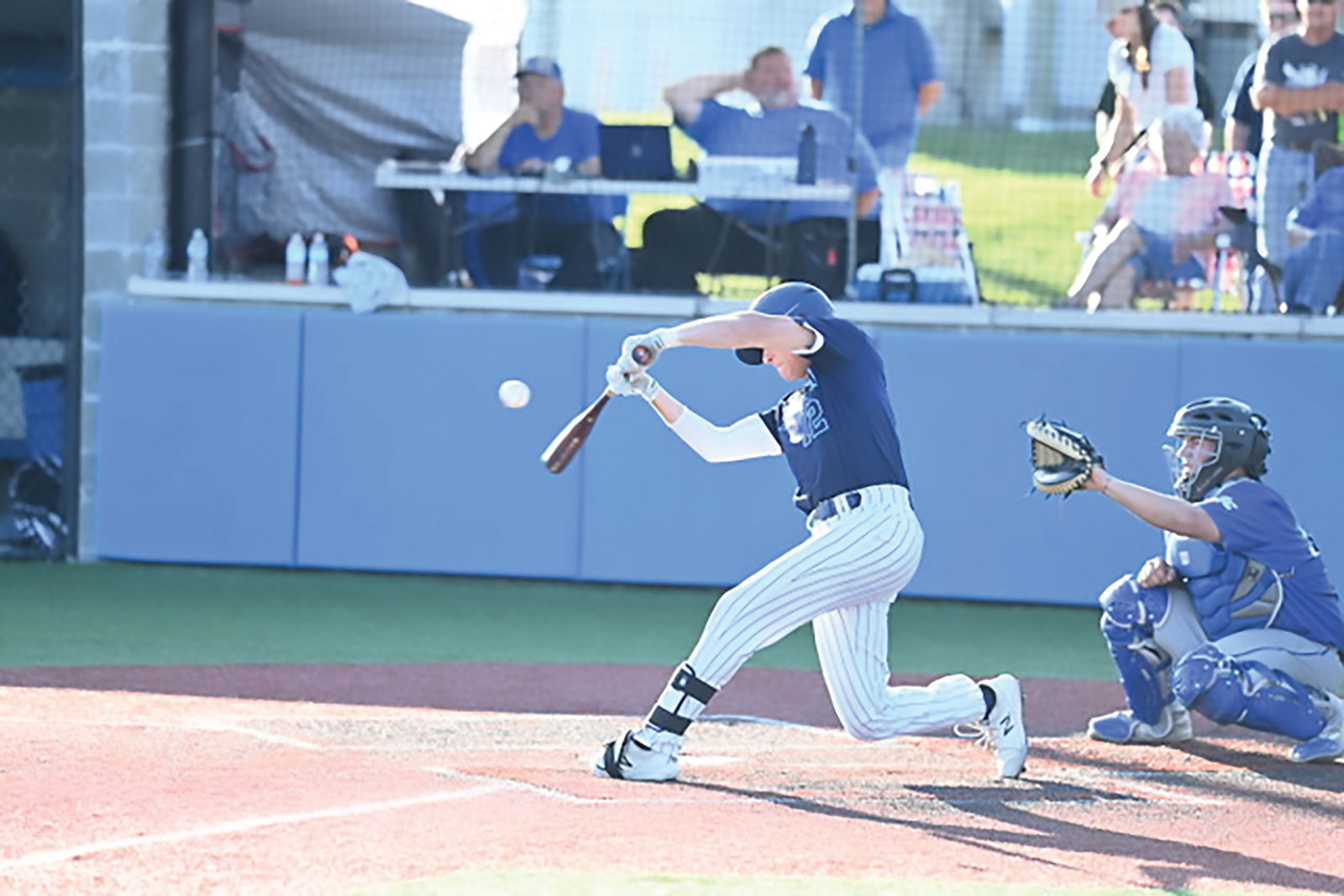 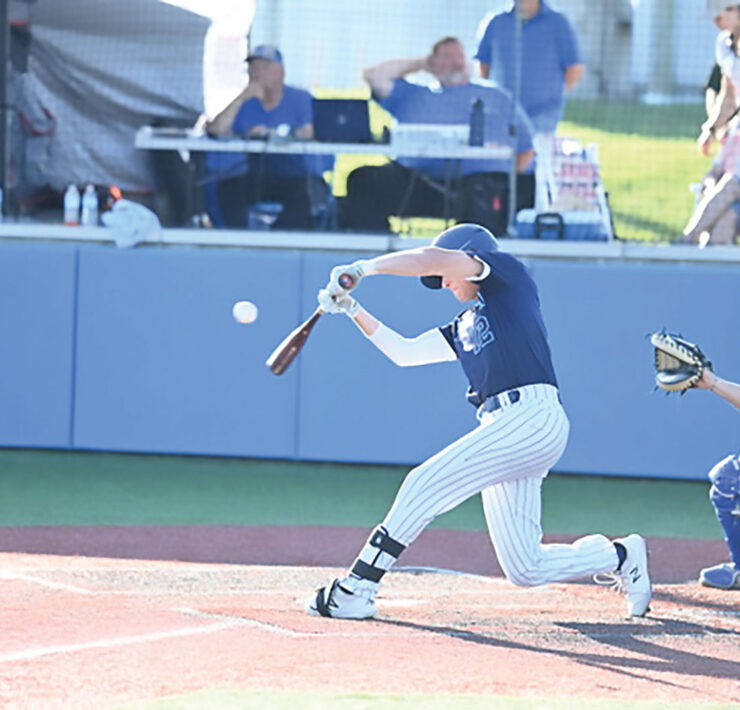 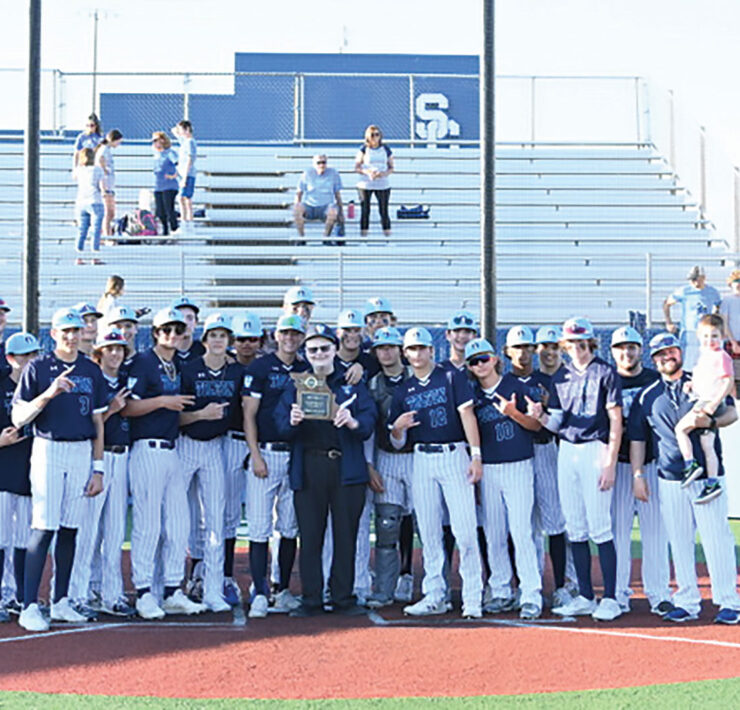 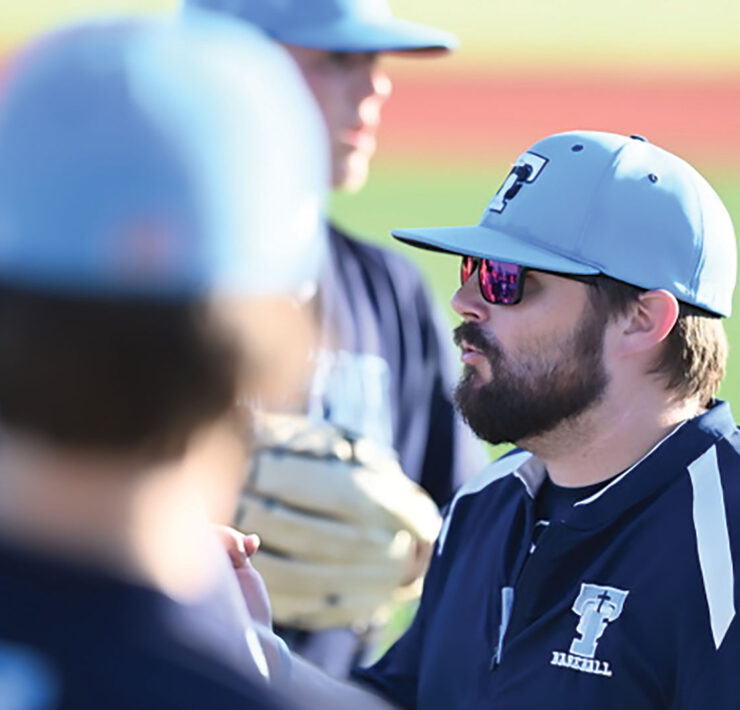 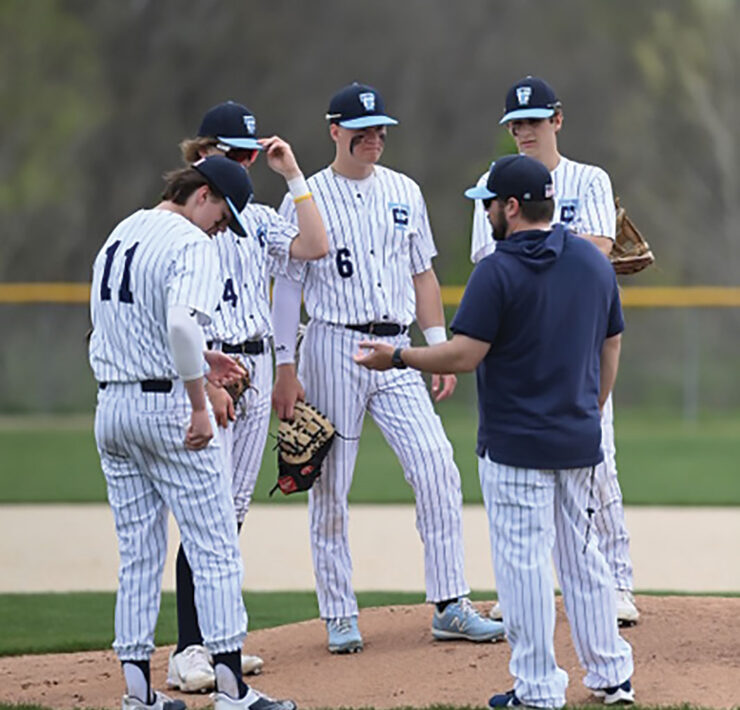 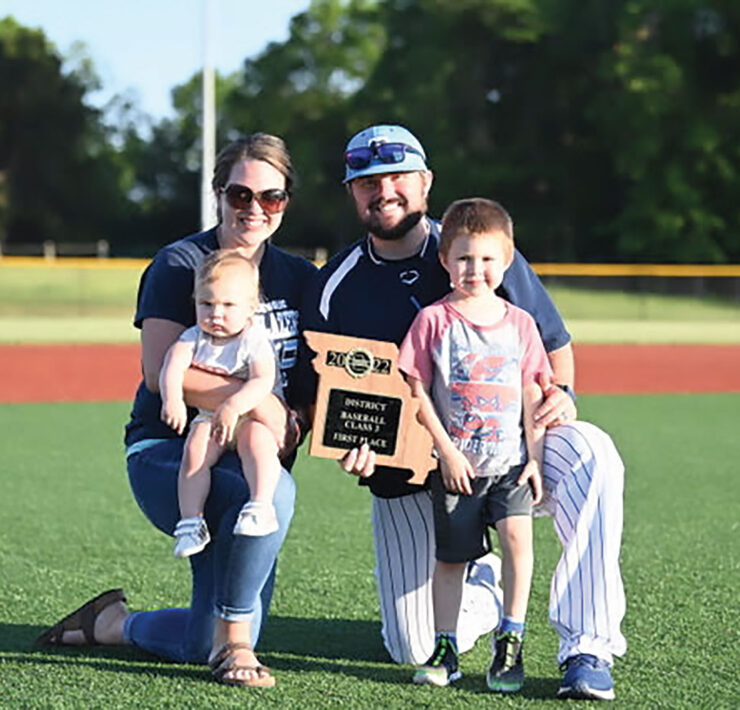 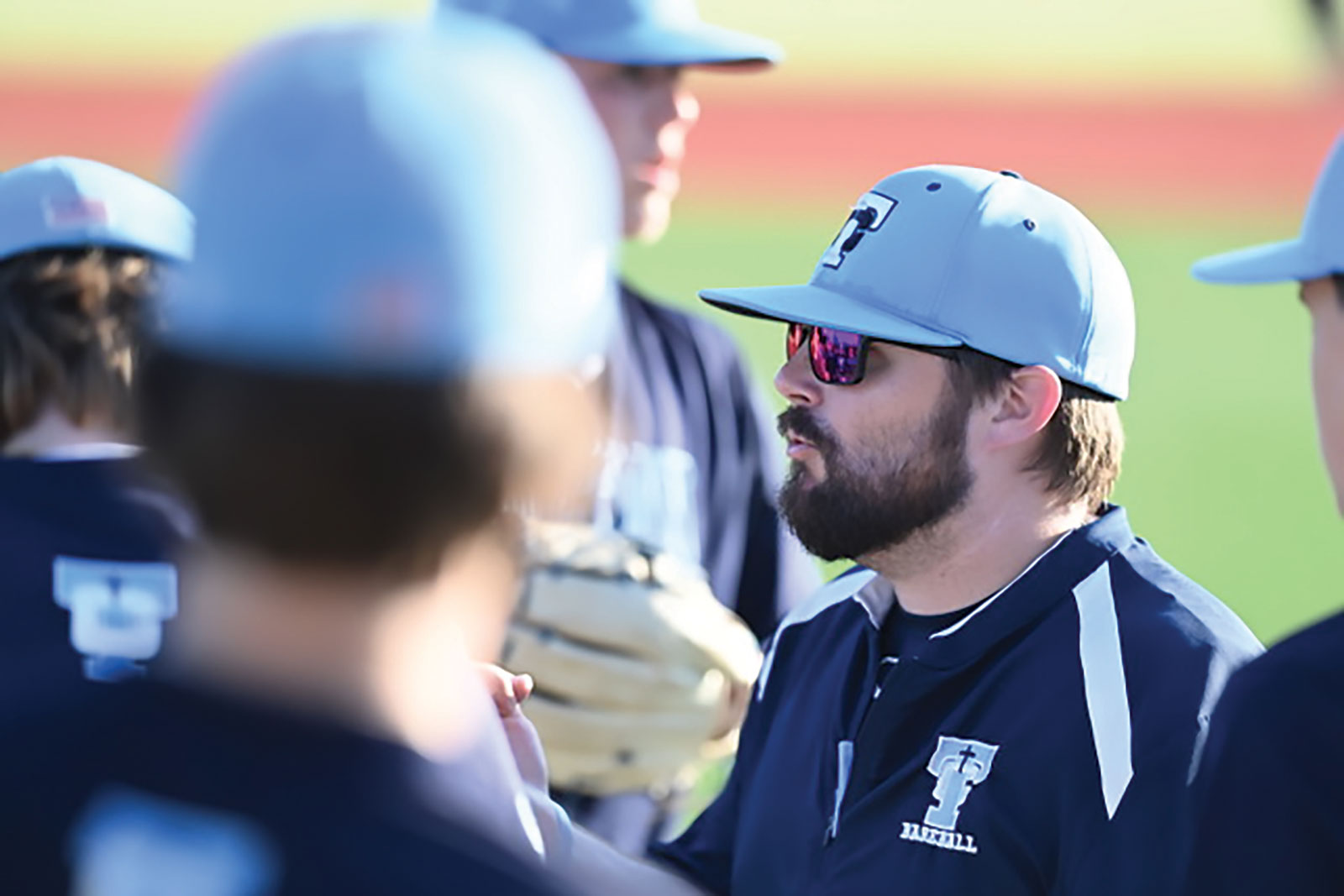 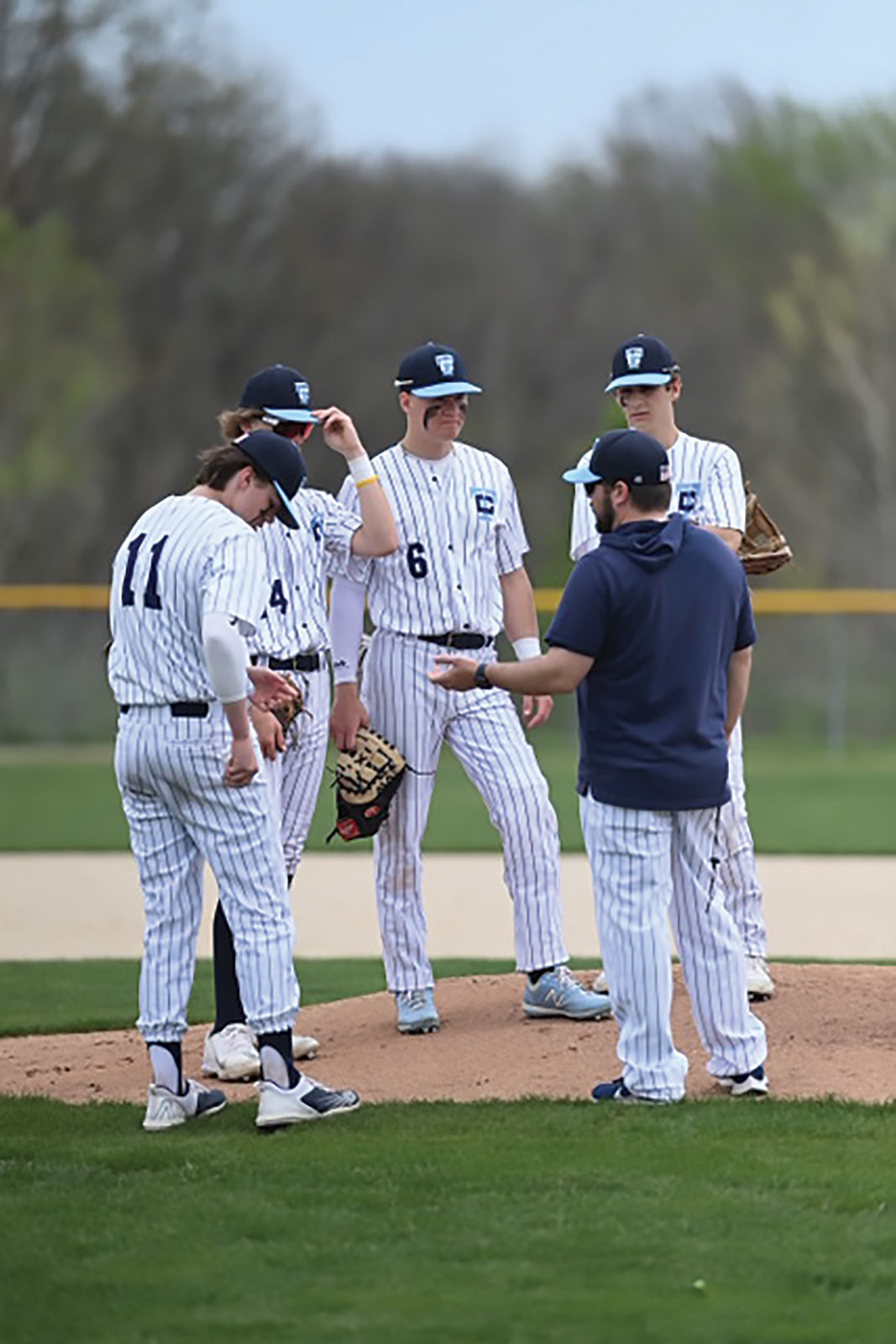 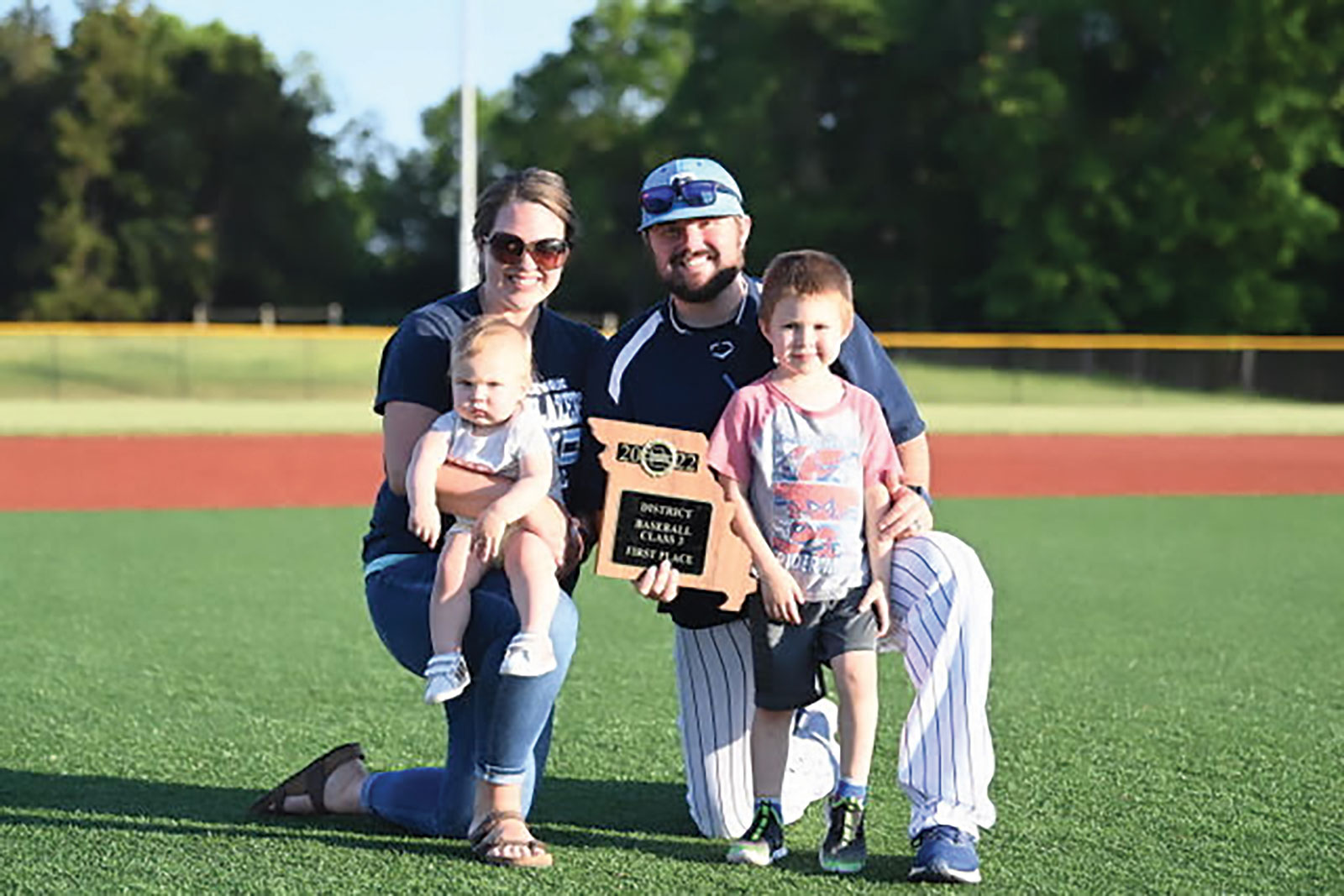 Like a story straight from the silver screen, the Fr. Tolton Catholic High School baseball team took its season by storm to win their first state championship in history. Under the guidance of head coach Ehrich Chick, the Trailblazers ripped off 14-straight wins, outlasting and outplaying opponents they’d previously fallen short against.

As an institution, Fr. Tolton is no stranger to titles. The basketball, track and field, cross country, and cheer programs — just to name a few — have all cinched the coveted top spot in the state, so the baseball team’s momentous win was a long time coming.

This time, the Trailblazers had something to prove.

“After losing to Ellsbury in the quarterfinal last year, it stung,” Ehrich said of his team, which was senior-heavy last season. “They were there when we got beat, so the guys got stronger in the offseason; they worked on their craft and did a lot on their own, which made a huge difference.”

Ehrich says that the team’s biggest goal was to reach the quarterfinals again this season. Though the Trailblazers had a rocky start, once they started winning games, they didn’t stop. Even against talented teams, the Trailblazers held their own, but they were focused on one team in particular.

“For us, it was setting up for that Cinderella moment. We knew we wanted to play Ellsbury in the quarterfinals game,” Ehrich remembers. “When we saw that we were going to face them, they were a whole different team at that point.”

Aware that the young team would enter the game with a chip on its shoulder, Ehrich could have been apprehensive about the players cracking under pressure. But, as it turns out, he didn’t need to be.

“They were locked in from start to finish, and when we got to that last out and that dog pile happened…” he laughs, trailing off.

“It was something that I had never seen before, just the culture of the [baseball] program,” he notes. “I think it’s just their personalities. They’re more laid-back and easygoing than other teenagers that I’ve coached before. They knew they had the talent and the ability to compete, but they didn’t think they were the best by any means. But they knew that they could compete against the best.”

Which is exactly what the Fr. Tolton Trailblazers did. After winning the semifinal game with the same calm, cool, and collected demeanor, the team went to the state finals for the first time to face the Springfield Catholic Fighting Irish.

Luckily, the Trailblazers had the full support of the Fr. Tolton students and staff behind them.

“We’re a community here, we’re all rooting for each other,” says athletic and activities director Pat Kelly. “Baseball was the last sport standing as far as our spring sports, so all eyes were on the baseball team. We had a pretty good crowd that traveled all the way down from Columbia to Springfield just to watch the state championship game.”

Things weren’t looking good for the Trailblazers at the start of the championship game.

“We knew going into it that Springfield Catholic was legit—I mean, they were good—both well-put together and well-coached,” Ehrich says. “I thought, ‘If we lose by one or two runs, great! Nothing like getting to the finals for the first time.’”

Ehrich’s “just happy to be here” attitude was supplemented by the fact that a few of the opposing team’s players had committed to play for MU, with pitchers clocking speeds of up to 90 miles per hour. Once he saw his lead-off hitter “crank” a Springfield Catholic-delivered fastball toward the stands, everything changed.

“I started realizing, ‘We have a shot to win.’ The guys in the dugouts sensed it, too,” he recalls. Despite Springfield Catholic’s 3-0 lead, the Trailblazers were able to stay composed and take the lead for themselves.

“We battled back and scored 6-8 runs in the next two innings. I mean, our guys just weren’t flustered,” Ehrich marvels. “The team wasn’t fazed by any opponent, and I think that’s why we came out on top at the end. These guys focused on staying level-headed the whole time, which really shows, especially for teenagers.”

The Trailblazers triumphed 8-4 to grab the crown and bring the trophy to an elated student body. But the celebrations didn’t end there.

Ehrich grabs some recognition of his own.

“I was aware of the awards,” Ehrich says somewhat furtively, but admits he had no idea that he had been considered for the award. “When the Tribune called, I just looked at my wife and chuckled. She was so excited because she knew how much work I put into this program.”

Ehrich explains that he was shocked to hear that he had won the honor over other successful coaches.  But he is doing his best to stay humble.

“It’s an ego-booster for sure,” he laughs. “But being recognized for what the kids — our team — has done is such a good thing. It’s a cool award.”

After such a historic season, a state championship win, and being named Boone County Coach of the Year, the Columbia community will be expecting big things from the Trailblazers and Ehrich.

“Do I feel pressure?” Ehrich wonders, taking a moment to think. “Not yet, but the baseball team’s mood is that they’re up for the challenge.”