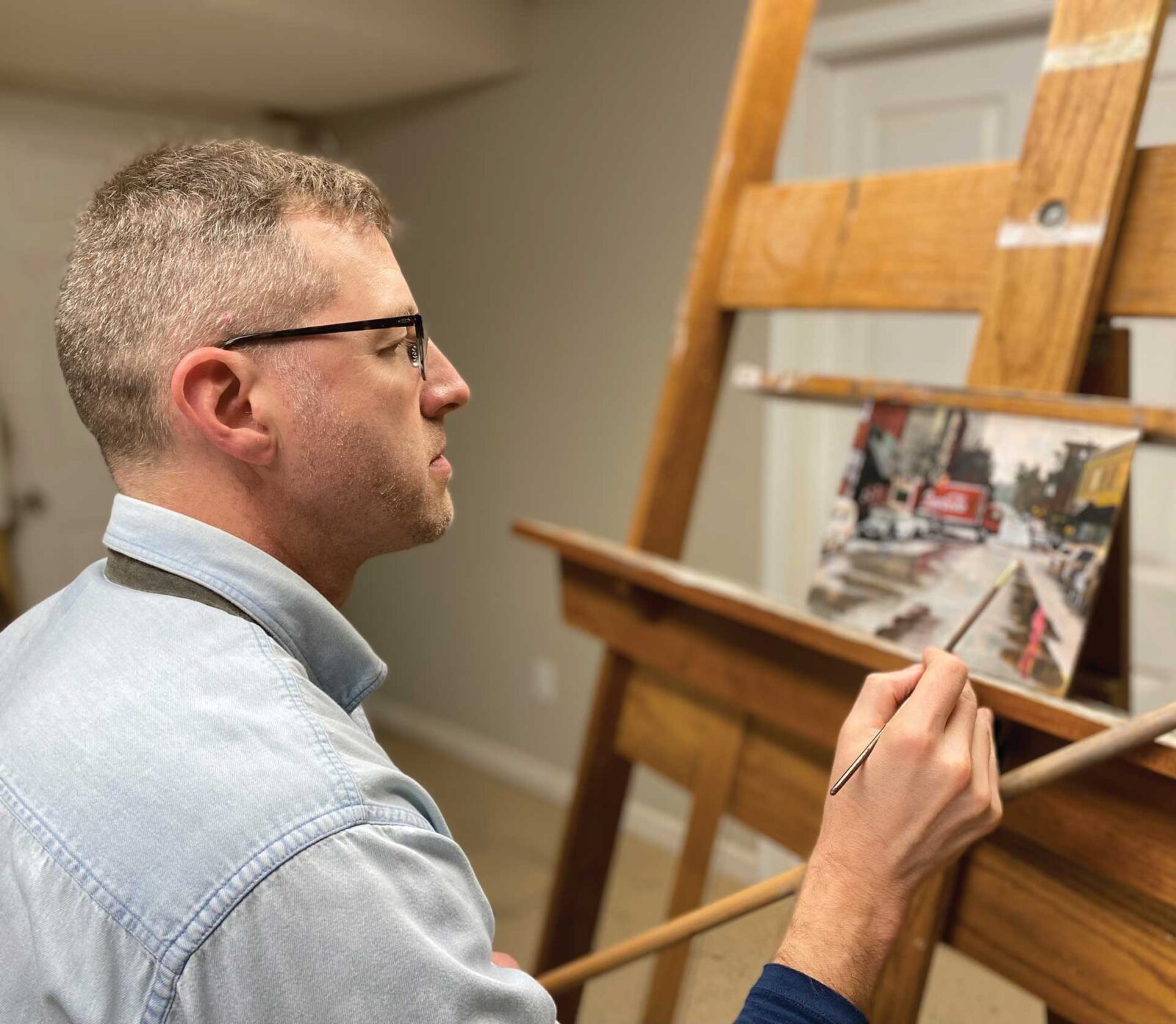 Ringing in a New Narrative

It can be easy to think that art and science are binary opposites, one ruled by creativity and the other by logic. This may be true for some — say, a great writer who can’t do math without a calculator — but for Derek B. Fox, who is both an artist and professor of veterinary orthopedic surgery at MU’s Veterinary Health Center, art and science coexist.

Even at a young age, Derek found himself enthralled by viewing and creating art. His father, who worked as a commercial artist, encouraged his son’s creativity and gave him direction. “It was something we really bonded over,” Derek says. “As a little kid, [my dad] would take me to art museums. I just loved it, and I loved spending that time with him.”

As he got older, Derek had to decide where art would fit into his adult life. “Growing up, I was thinking about a career in art, but both my parents gently steered me away from art as a profession, because there’s a reason why the term ‘starving artist’ exists,” he laughs.

Derek pivoted and began to focus on his passion for science, which ultimately led him to study veterinary medicine at Michigan State University. Though the curriculum was rigorous, he realized that he had a much bigger problem on his hands: money. Fortunately, Derek had a skill that could help pay the bills.

“Veterinary school is very expensive, and I needed to find jobs to help offset the cost,” Derek says. “So, I started working as an unlicensed medical illustrator. Once the rumors got out that I could do that, surgeons at the veterinary school reached out and said, ‘Hey, can you illustrate this chapter of this textbook for me?’ or, ‘Can you do some surgical illustrations for this paper that I’m writing?’ It really ignited my interest in surgery.”

One thing led to another, and Derek’s career as a veterinary surgeon became all-consuming. “I had to push my art to the back burner just because it’s such a demanding field,” he says. He continued dabbling with art here and there until three years ago, when Derek became determined to find his way back to the canvas. “Art has always been such a passion for me, and to not make time for it just seemed kind of sad,” he says.

Since then, Derek has dedicated most of his spare time to painting or drawing. He focuses on representational art. “In other words, if I’m doing a portrait or landscape, I want it to actually look like the subject,” he says. “I’m not looking for abstract interpretation.”

He perfectly captures visions of Mid-Missouri with dreamlike strokes of color, while his portraiture encapsulates even the smallest glint in his subject’s eye. His talent was even recognized by legendary art curator Kathleen Soriano when he won top spot during an episode of Portrait Artist of the Week, a global online art competition hosted by Sky TV during lockdown.

“My wife and I were painting every week during lockdown, posting them to Instagram with the [contest’s] hashtag. And sure enough, one week I won! It was pretty amazing,” Derek says gleefully. “It was completely surreal, but it was so affirming. Like, OK, I can do this!”

Since then, Derek has been finding more and more success with his art. His pieces are regularly featured at the Columbia Art League, which will be hosting his first solo show in the South Gallery during March.

Even with all the recognition, Derek is just happy to be back doing what he loves, saying: “I’m still teaching myself in kind of a clumsy way of learning, but there is so much freedom. It’s been a reawakening.”