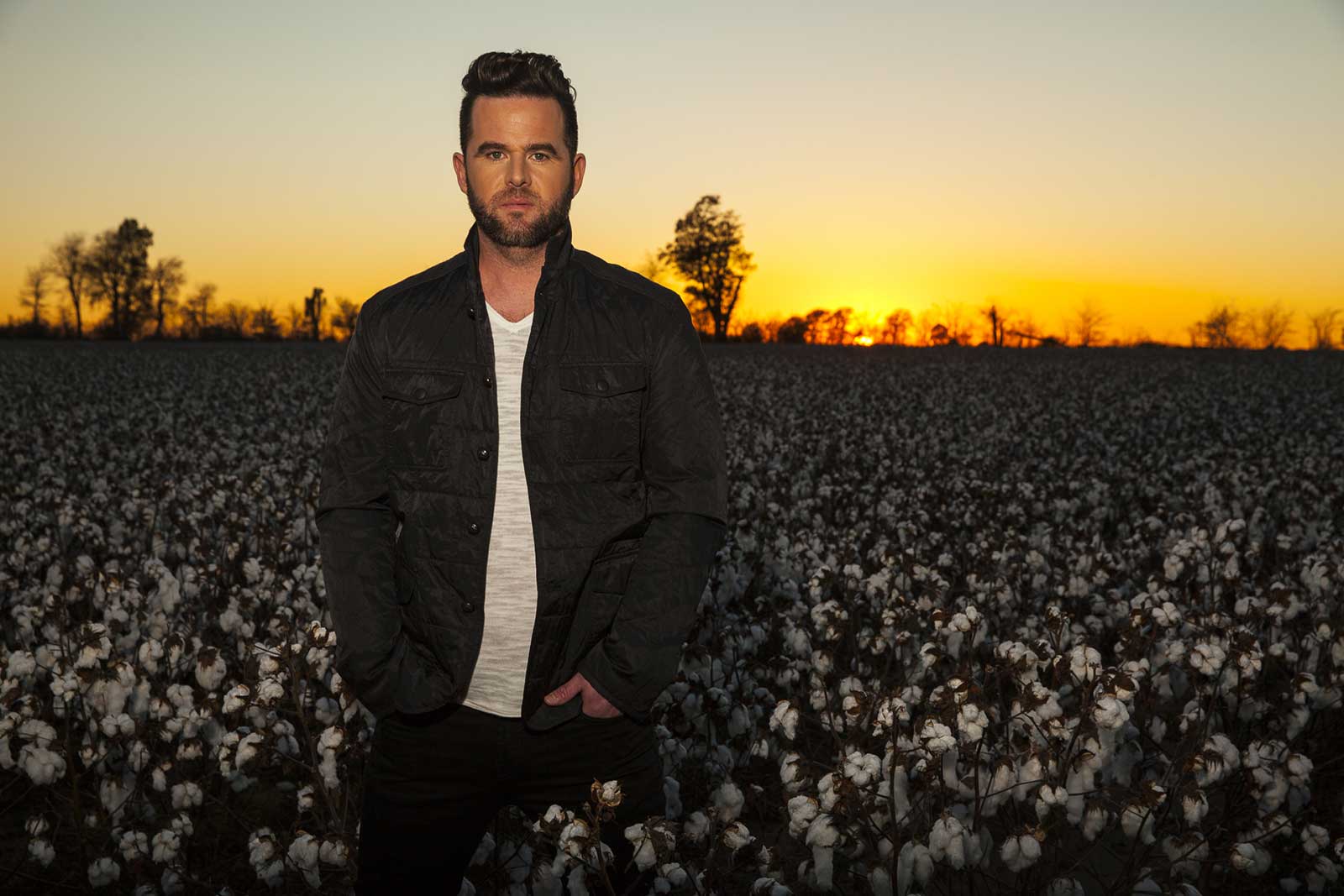 “Beyond loving music and growing up singing, I just felt the calling that music was what the good lord put me on this earth to do and still feel that today even 21 years later,” country music star David Nail said.

David moved to Nashville in 2000 with the dream of becoming a country musician — a dream that has truly become a reality over the past 21 years with five albums and two EP’s released since then. Most recently, David released Bootheel 2021 on November 5, 2021 — an EP dedicated to his roots in southeast Missouri.

“I always tell people no matter where you grew up — New York, Chicago, or even Columbia, MO — if you spend 18-19 years in a place, that place is forever a part of who you are whether you like it or not,” David said.  “I have always been very proud of being from Missouri and a small town. These last couple of EPs have not been made to be a tribute exactly, but just me reflecting back on my roots and hopefully shedding some light on what life was like.”

David grew up dedicated and always involved in different activities. He played whatever sport was going on during the season and really had no intention of moving away if he didn’t have to.

“I had no aspirations to be famous or move to the big city. When I moved, Nashville wasn’t even remotely as big or as cool and hip as it is now,” David explained. “I moved there because I had to; it was where I needed to be for the dream I wanted to pursue. I was perfectly content with where I grew up. No matter where I go, the core of who I am is still that 18-year-old kid that I left. That place…I can’t shake it. I always tell my wife if she would let me move back here I would.”

Throughout his life, David has struggled with his mental health — a struggle that turned into him creating some of his most authentic and organic music.

“One of the disadvantages of growing up where I grew up is that there wasn’t a lot of talk about mental illness or anxiety and depression,” David said. “If you had some sort of behavioral issue…I remember teachers saying I was having too much sugar in my cereal, which seems silly now but that was like a serious diagnosis back then. The reality of it is that my mental health was something I had no control of without professional help and medicine. It took me a long time to figure that out — well after I was 30-years-old. I simply grew too tired of trying to figure it out on my own and realized I couldn’t figure it out on my own.”

David’s journey with his mental illness led to the song Oh, Mother, which was a reflective piece of work of his experience with talking about mental health with his family.

“It was a conversation my wife and my mother had shortly after I went public with my mental illness. My mother, like a lot of parents and mothers, felt like she in some way had the blame for how I am through how they raised me,” David explained. “It broke my heart, because I think far too often we can contribute mental illness to some sort of past trauma, and so it doesn’t have to be a specific incident or a stretch of time. It can just be an imbalance in someone’s brain.”

“I have a great relationship with my parents, and I have always been very proud to be a self-described momma’s boy,” David continued. “I knew that I would have to address it at some point in song. It was my way of saying there is no promise of tomorrow, and if my journey ends for whatever reason, you are not to blame for this weight that I have carried all of these years. You did a wonderful job raising me, and this is my own battle and my own struggle. I have to deal with it in my own ways.”

Oh, Mother received a lot of recognition. Rolling Stone noted that “the song creeps in like a sunrise — quiet, restrained cello and keys are the only underpinning for Nail’s powerful vocals at first. But, then it slowly builds to something more massive and majestic.”

Bootheel 2021 was written entirely by David and executive produced by both David as well as a member of his band. Coming out of the pandemic, recording an EP was not an easy task.

“Everyone was a little timid about getting back into the swing of things,” David said. “We had to do things over a period of time rather than setting up shop all at once and recording it together. Bits and pieces were done at different times. The one and only song that we tracked in its entirety in one take was St. Louis.”

“One thing I’ve learned in my career is that you can keep on doing something until you’re blue in the face, but it doesn’t necessarily mean it is going to be better,” David continued. “A lot of the times when you do something the first time there is a uniqueness to it, an organic structure to it that you aren’t thinking about. There is a freedom to it. I was proud of myself for realizing that with this song and tracking it in one take.”

David lives by the philosophy of just trying to have a good enough year to have a next year. Each song, show, and tour is all a piece of him living out his passion and calling.

“[I’m] realizing that I have the power to influence, and that is a powerful thing. Once I realized the significance of that…that’s when I realized God gave me this gift, and I need to use it to the best of my ability,” David said. “I tell my guys every night before we go on stage, ‘We may have played this venue before, but there are some people that are seeing us for the first time so you need to give them the best show that we can’.”
David Nail will be playing at the Bluenote on Friday, November 12, 2021. For more information and to get tickets, visit davidnail.com.