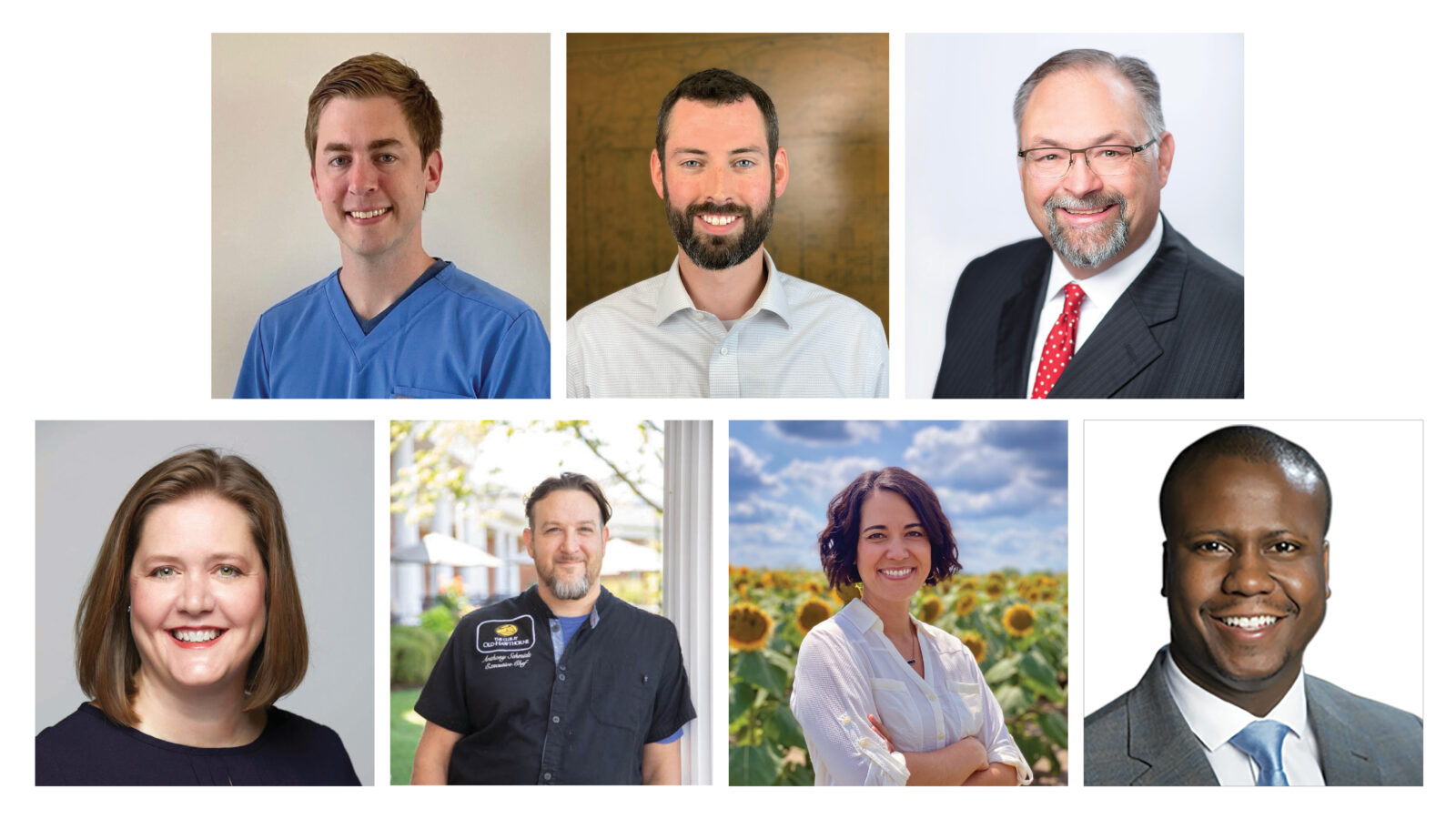 Dr. Adam Clarke has joined Dr. Tim McGarity and the team at Restoration Eye Care. Adam graduated with a bachelor’s degree in finance and biology from the University of Kentucky. He then received his MD from the University of Louisville. Adam has received extensive training in medical and surgical ophthalmology, including cataract surgery, minimally invasive glaucoma surgery, and refractive surgeries such as Lasik and PRK.

Matt Bridges, of Klingner & Associates PC, has earned his professional engineer license from the Missouri Division of Professional Registration. Matt, who joined the firm’s Columbia branch in 2020, is a mechanical and electrical engineer with nine years of experience working directly with HVAC equipment and providing design for air handling units, energy recovery units, and dehumidification systems. Matt holds a Bachelor of Science degree in mechanical engineering from the University of Evansville.

First Midwest Bank announced that Mike Wagner has assumed the position of assistant vice president and mortgage loan originator in the Columbia market. Mike joins First Midwest Bank with 30 years of experience in banking and the financial industry, with extensive experience in lending management. Mike received his bachelor’s and master’s degrees in business administration from Columbia College and completed the Graduate School of Banking at the University of Wisconsin.

The Club at Old Hawthorne welcomed new executive chef Anthony Schmidt. Anthony started his career with some of Chicago’s best restaurants and chefs. Upon settling in Columbia, Anthony was hired as the executive chef for MU’s athletic department with Levy Restaurants. He was also previously an executive chef at The Country Club of Missouri. He looks forward to sharing his passion with the members of the Old Hawthorne community and is guided by his personal mission statement of creating dining experiences and memories that will enhance the experience of Old Hawthorne and its members.

Day Dreams Foundation announced the promotion of Tricia Koedel to executive director. Tricia was hired in February 2020 to manage and grow the scholarship program, and in a short time, she transformed the organization’s operations and efficiency. In 2021, the foundation has already awarded more scholarships for extracurricular activities to children than in any other calendar year. Previously, Tricia worked for more than 16 years at Ventegra in roles overseeing human resources, business operations, and strategic projects for the pharmacy benefits administrator. She holds a bachelor’s degree from the University of California, San Diego.