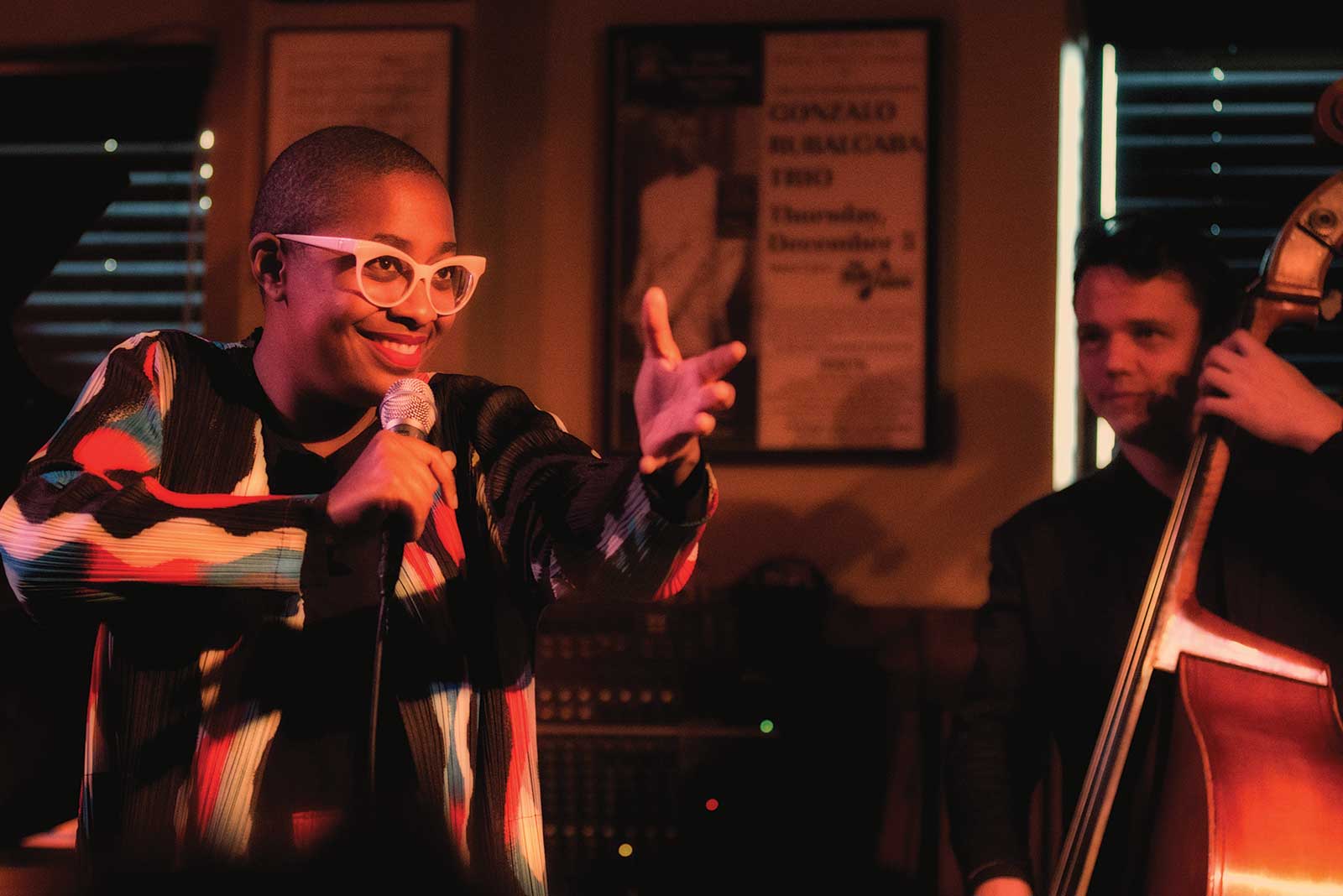 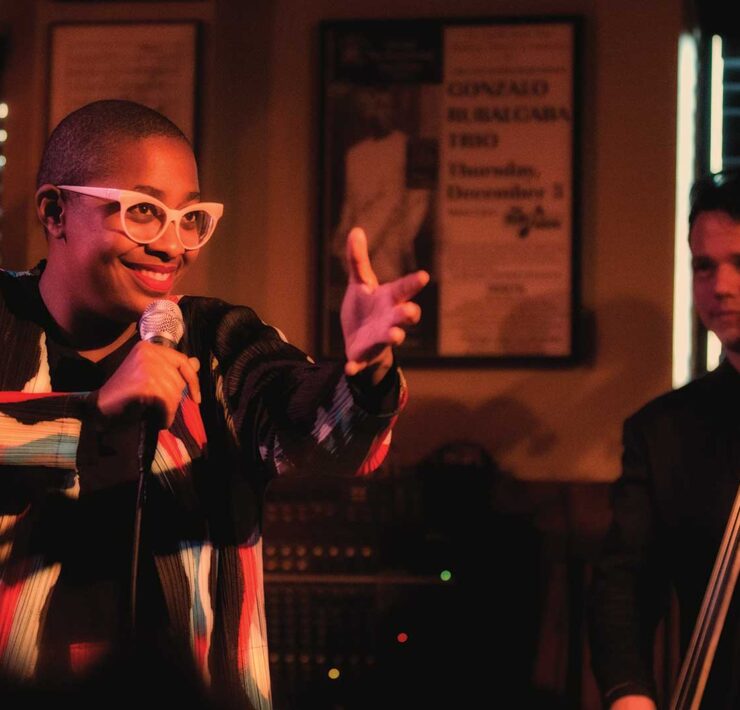 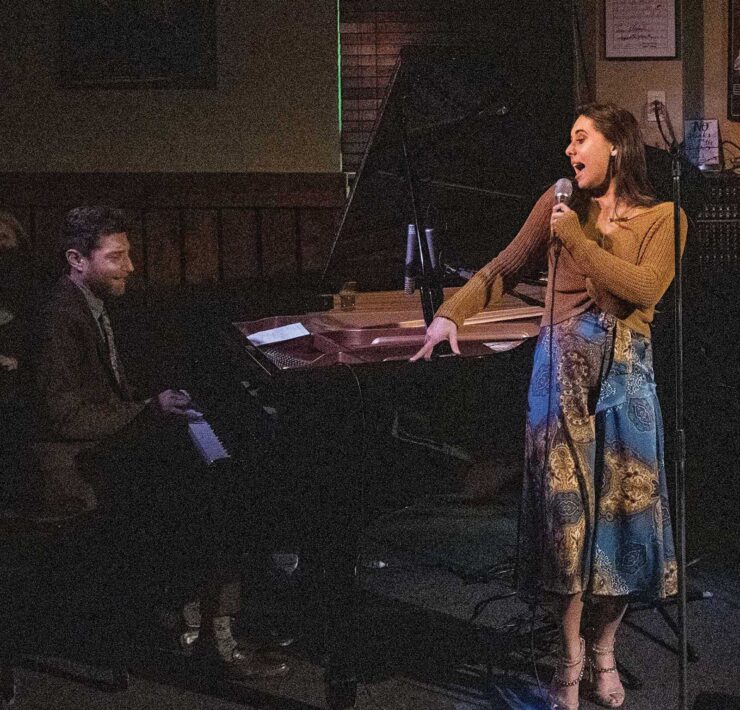 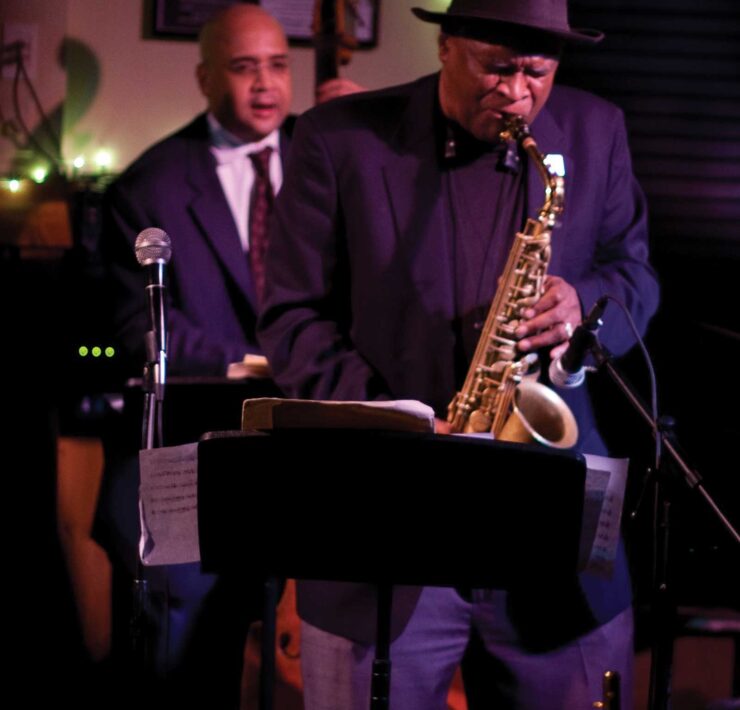 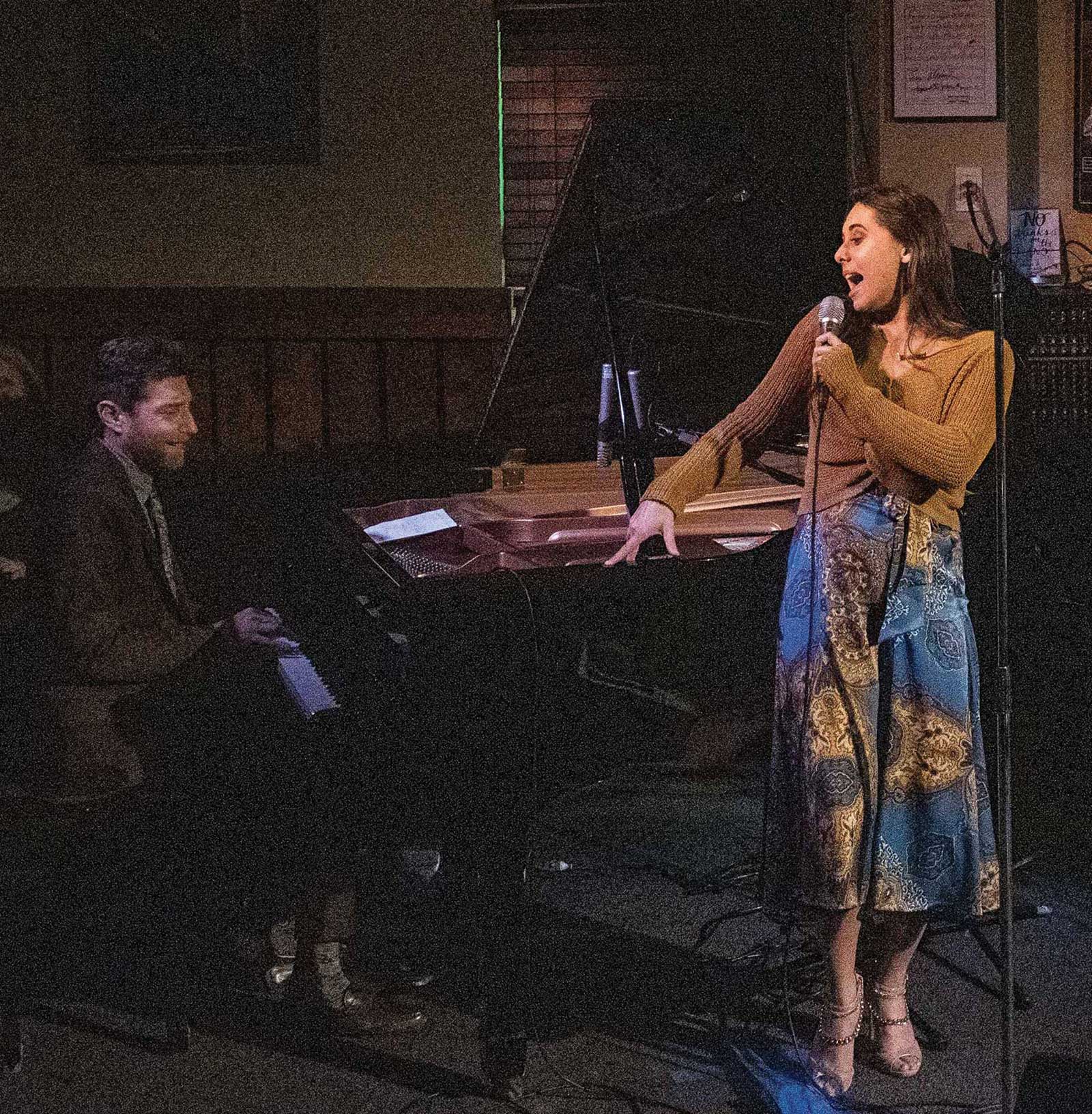 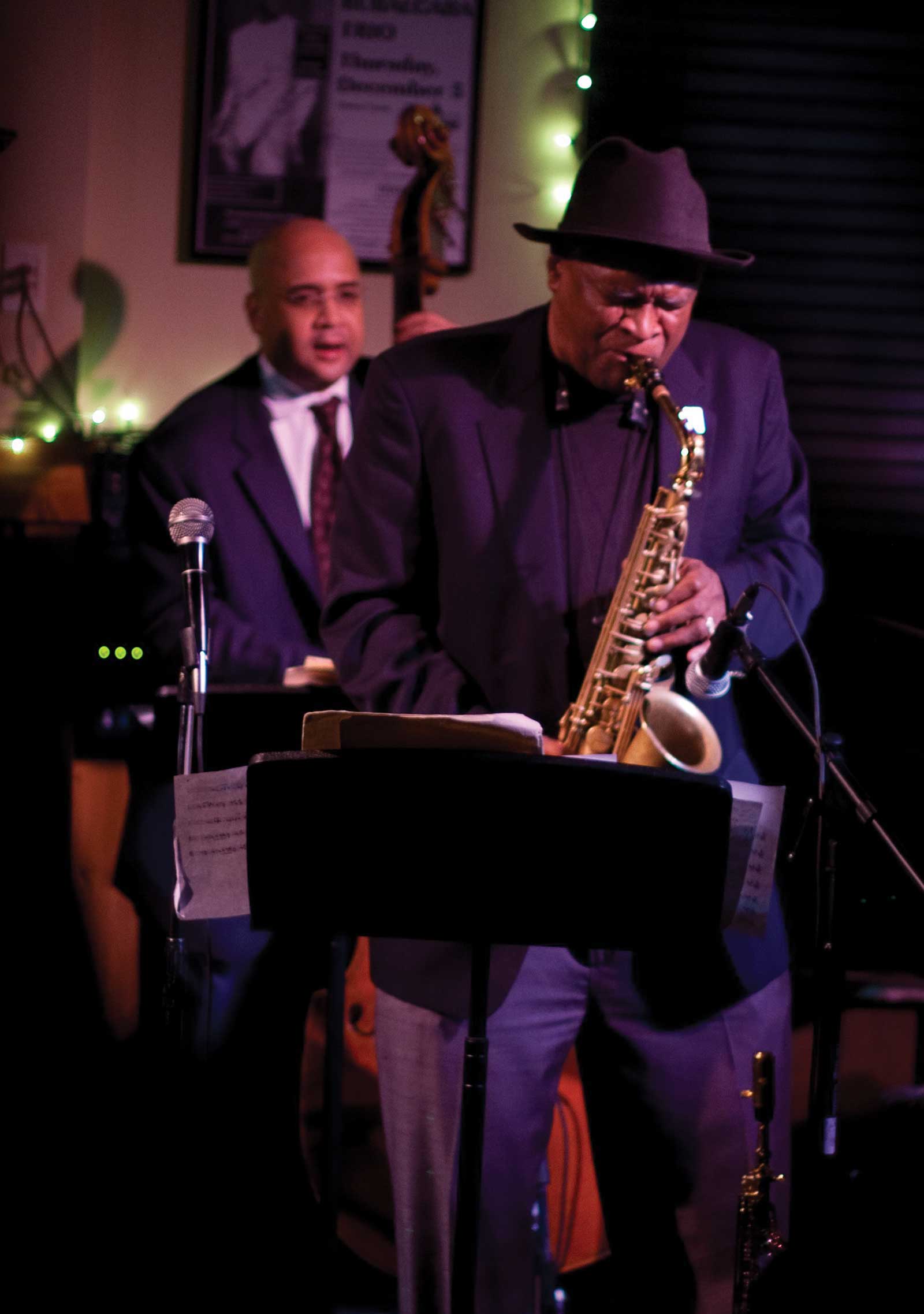 Jon W. Poses recalls the origins of the “We Always Swing” Jazz Series in Columbia.

James Williams, the late, wonderful pianist and educator, figured measurably in planting my jazz seeds, which have now long since flowered. Three-quarters of my 36 jazz-involved years have centered on the “We Always Swing” Jazz Series, now a 27-season, independently run, financially stable, all-jazz, community project.

I continue to enjoy this quite unexpectedly wonderful jazz life. My jazz beginnings date to 1976, when I was a 23-year-old traveling through Europe. I attended the Montreux Jazz Festival, picking up trash nightly in exchange for free entrance the following day. It was there, in Switzerland, where my musical sensibilities received an overhaul thanks to the likes of Sun Ra, Clark Terry, Joanne Brackeen, Stan Getz, Art Blakey, and so many others, all of whom I heard for the first time.

I arrived in COMO in August 1978, receiving a magazine and print graduate degree from the Missouri School of Journalism. Between 1980 and 1985, my CV included freelance journalism, volunteering at KOPN and KBIA, working as an assistant instructor at the various local institutions of higher learning, and also bartending and hawking music at Streetside Records.

In September 1985, just three months removed from the “new” Murry’s opening and still 10 years prior to the Jazz Series’ birth, James, who I had profiled for Downbeat Magazine, served as the eatery’s first nationally known jazz musician to perform there.

When James, who often labeled his occupation “serious fun,” left Columbia and returned to New York, I didn’t realize I had just entered the jazz profession. It only took only a few days following the pianist’s departure before phone calls arrived from some of jazz’s most accomplished musicians — many of whom I had by then seen perform. You simply don’t expect the vocalist Jon Hendricks to call you and say, “I got your number from James Williams. He said you produce concerts in Missouri.”

Thus began a circuitous jazz journey that continues today. Within a few months, I had business cards that featured the current Jazz Series logo and read “National Pastimes Productions – Artist representation, management and touring.” I never looked to represent musicians. Williams set things in motion and artists contacted me looking for assistance, which speaks volumes about the state of jazz management and booking. For 10 years, between 1985 and 1995, I arranged numerous 10-day to month-long coast-to-coast tours that took me across the United States, to Europe, and to Canada.

Frequently, I incorporated Columbia performances into tours. They predominantly took place at Murry’s, but also, in partnership with the restaurant, at The Blue Note and other larger venues such as Jesse Auditorium, where, for instance, saxophonist Sonny Rollins performed. It was the only time he’s been here.

Almost as much as the music, I enjoyed meeting and befriending scores of people working within the jazz community, which is what jazz is at its heart. It’s a cottage industry with very few degrees of separation. To this day, I count among my friends numerous musicians as well as fellow presenters and band directors, record company people, and media people — journalists covering artists and people on the PR and promotions side of things.

In fall 1994, the sands shifted. I hit a wall; when not road managing, I was spending hours and chunks of money on the phone setting up tours. I was doing this all before cell phones, unlimited minutes, and high-speed internet existed.

By now, Murry’s had established itself as one of Columbia’s go-to eateries and presented jazz every Saturday. A decade after Williams played there, the restaurant had “hosted” — as their wall décor suggests — a who’s who of important present-day artists. A core jazz audience began to develop here in Mid-Missouri; a monthly calendar and an accompanying snail-mail list followed.

Though I have kept my hand in artist management over the years, I realized that I’d rather receive than send contracts, presenting artists rather than touring them. The opportunity to create a presenting organization arrived; sustaining it was a whole other matter. Among the primary challenges: Logistically, how do you offer a community a substantial all-jazz project and make it permanent in the 300th market, with a population at the time of 75,000 people, in a locale where performers’ name recognition, beyond the few, hovered somewhere between non-existent and “a little bit”? Throw into the equation not having a readily available venue to use. Just how would art and commerce balance?

Jazz at its best is dynamic, fluid, and continually moving forward. For 27 seasons, philosophically speaking, the Jazz Series has leaned toward the art side, but we recognize that producing a quality product requires funds. The organization realized early on the odds of having a self-sustaining project based primarily on ticket sales would be an impossibility in the Mid-Missouri market. That’s why, from inception, the organization, which would wait four years to become one officially, adopted a nonprofit model, one that sought outside support from a myriad of sources. Businesses that donated could take a tax-deduction as an advertising expense, but individuals could not, nor could the organization seek grants from arts agencies or foundations.

Programmatically, the project started and remains decidedly modern, presenting post–World War II jazz right up to present-day styles. It doesn’t mean there can’t be big bands appearing, but it does mean they won’t perform compositions from the so-called Big Band Era. (The forthcoming appearance by the Mingus Big Band, featuring the work of influential bassist and composer Charles Mingus, is one such case.) And the organization does pay honor to earlier icons, but it does so knowing that said musicians recognized their need to continue to advance the art form. Age is but a number.

One of the key objectives of the Jazz Series has been to introduce audiences to this music and then to advance people’s ability to relate to it. From inception, the organization sought to alter COMO’s cultural landscape and increase awareness of and appreciation for “America’s Gift To The World.” With the Jazz Series as the catalyst, that has happened. The home-grown jazz musicians have more opportunities; MU’s Jazz Studies Department is flourishing.

While nothing is taken for granted, and the work is never done, the Jazz Series has demonstrated staying power. When it surfaced, it was the only project of its kind in a 100-mile radius east to west and 300 miles north to south. It started as one of fewer than 10 free-standing, all-jazz projects in a market of our size in the country. Nearly three decades later, that is still the case.

The jazz audience has steadily grown. Jazz is a niche music; it has been ever since it lost the title of “popular music” circa 1955. Those attending Jazz Series concerts and events embrace the music more easily and with more confidence; friends have encouraged their friends to attend. People who travel elsewhere often seek out jazz performances. Upon visiting major metro areas, they recognize names of players they have enjoyed right here in Columbia. There are those who have attended concerts and first knew none-to-little about the music but have now become ardent fans and supporters. Exposure is the key, and people’s willingness to allow themselves to be exposed reflects success. This is why the organization created its education component — named after Mr. James Williams — and this is why we now have a 9,000 LP and CD collection accessible to the public daily. To date, the Jazz Series, in partnership with the Columbia Public School District, has exposed some 40,000 students to in-school Jazz Series activities.

Like every other arts organization, business, and all of us individually, the pandemic wreaked havoc upon operations. After a “layoff” between March and September 2020, the Jazz Series returned with eight monthly limited in-person and virtual programs — concerts held at its “home away from home,” Murry’s. The virtual Annual Children’s Concert had 19 of Columbia’s 21 elementary schools participating.

The organization, which operates with two full-time and two part-time paid staff members, continues to do what jazz does best: improvise. During the 15 non-concert months, close to $150,000 in ticket revenue vanished. Fortunately, a tremendous amount of generous individual gifts helped close that gap somewhat; more than 600 individuals, coast-to-coast, contributed $127,000, a $20,000 uptick from fiscal year 2020. Additionally, the organization received support via SBA funding sources — through forgiven PPP and EIDL funds and through the Shuttered Venues Operator Grant program. Such combined support allows the organization to move forward with the (delayed) 2021/2022 season, which will feature just three concerts in the fall but offer nine performances from early February to late June 2022. Ironically, with the organization’s calendar turning each July 1, COVID-19 has turned what was a 10-month project into a year-round affair.

Jon W. Poses serves as executive and artistic director of the “We Always Swing”® Jazz Series.

September 24, 1995
The “We Always Swing” Jazz Series, under the National Pastimes Productions banner, launches its inaugural season with six concerts. The first budget: $31,000. The concert, a 75th birthday tribute to Charlie Parker, draws 242 people in 1,700-capacity Jesse Auditorium and loses $12,000. “I thought the Jazz Series was born and died on the same day,” Jon Poses says.

July 1, 1999
The Jazz Series is now governed by a board of directors, with Jon Poses as volunteer executive director. The fifth season includes educational activities and produces nine concerts. Season ticket holders: 35.

December 31, 2005
NPR sends a crew to Columbia to include a Jazz Series special New Year’s Eve concert at Murry’s with Grammy-nominated vocalist René Marie as part of public radio’s “Toast of the Nation,” a coast-to-coast broadcast heard on 165 public radio stations.

July 1, 2019/June 30, 2020
The Jazz Series celebrates its 25th anniversary season with a special “retrospective,” anticipating 12 subscription concerts and three special events. Concerts feature performers who have appeared previously. The arrival of the pandemic ends the season on March 1, 2020. Five concerts and other activities, including annual “Jazz Appreciation Month,” are canceled. During the next 18 months, the Jazz Series looses $150,000-plus in ticket revenue. The organization is buoyed by revenue from the PPP, EIDL, and Shuttered Venues Operator Grant. More than 600 individual donations, totaling $127,000 — the most in the organization’s history — arrive from 33 different states.

August 15, 2021
The Jazz Series announces full slate of 2021/2022 concerts, but delays start of season until late October, deciding to offer three concerts in the fall and nine more from February to June 2022.