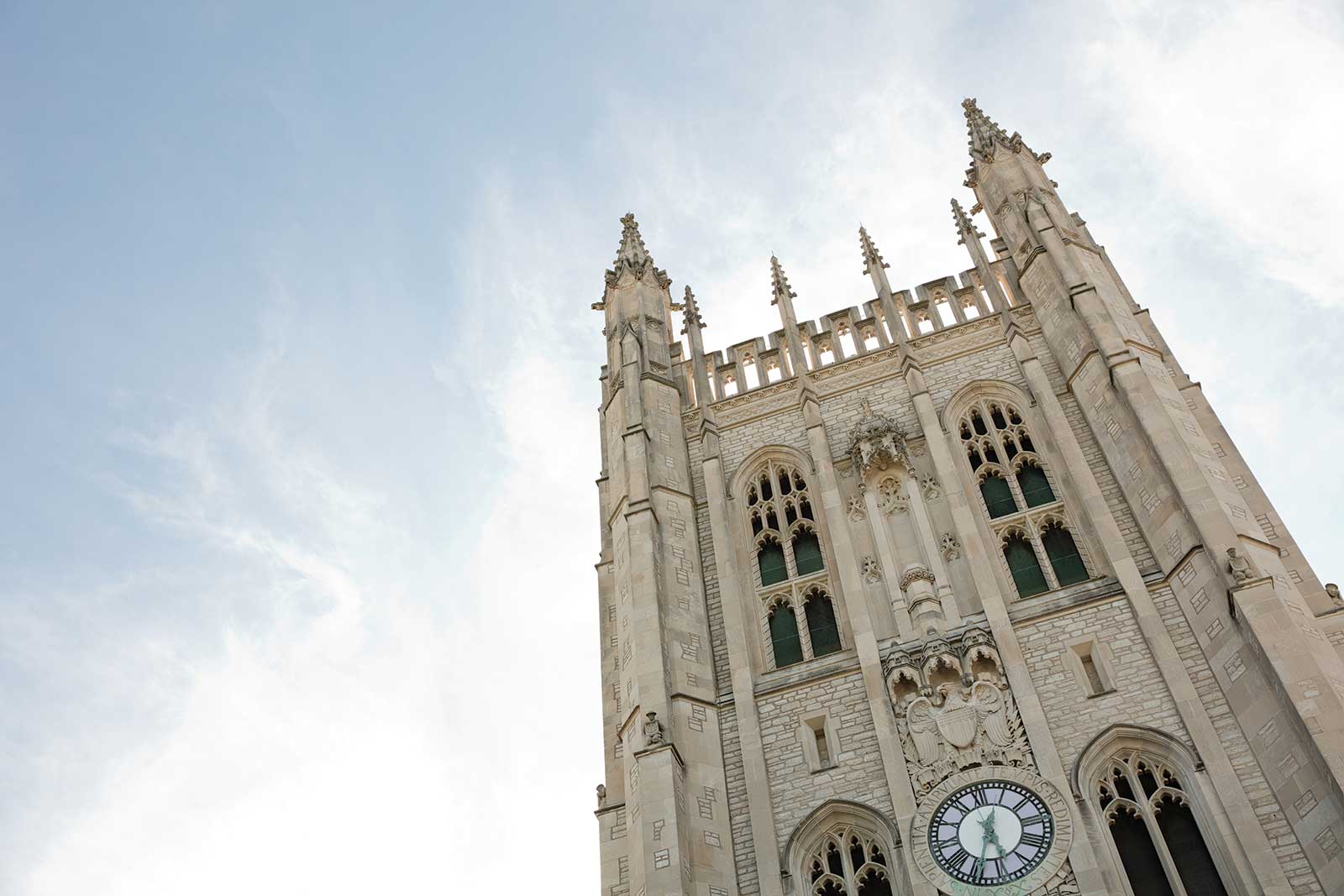 “We have a social contract with our students,” MU Vice Chancellor of Inclusion, Diversity, and Equity Maurice Gipson explains. “Once they have been accepted, we have a responsibility to make sure they are successful. Success can look like graduation, but most importantly it looks like ensuring students see themselves and feel a part of this campus.”

Maurice was named vice chancellor in July of 2020 and began his time with a listening tour — taking time to listen to each person involved in the department of IDE. He wanted to get to know everyone, but he also wanted to hear first-hand what those who have been at the university thought were areas of success and areas of growth.

“Everyone I talked to absolutely loves Mizzou. They think Mizzou is a great place and they really saw themselves here and succeeding.” Maurice states, “which I think is great and a testament to Mizzou — but I wanted to know what we could do better.”

There were a few key points that were repeatedly brought to Maurice and his team’s attention.

“The themes we were hearing were becoming very consistent,” MU Director of Media Relations Christian Basi begins. “We need more support for the social justice centers, we need to reinvest in them, we need to make them so that they are supporting the university’s academic mission and helping students bridge the academic gap.”

Specifically, students were concerned with the staffing of the centers (enough staff for the size, center hours, etc.) and staff were concerned about the lack of pathways for success and growth. The current structure of staffing has four coordinators (entry level positions) and one associate director — no middle room for growth.

“Staff issues are real on campuses and, oftentimes, the most invisible because we prioritize students, rightfully so, and then follows discussion on faculty and staff,” Maurice says. “I take that seriously. I sought out to find a way to address both concerns at the same time. How do we build up capacity as it relates to the student justice centers and how do we create a structure of entry level, mid-management, and senior level so that if we bring someone newly graduated with their master’s, we could see them grow over five to eight years?”

Additionally, Maurice took time to really look at the student demographics to see which students were achieving in terms of university metrics (graduation, retention, persistence) and which were lagging.

“We’re not happy with those numbers — they need to be better,” Christian states.

Maurice agrees, but was less surprised with the overall outcome of what the data said.

“Many schools across the country have similar data, but I was a little bit surprised at the level of the gap,” Maurice explains, “particularly as it relates to the six-year graduation rate. I was really surprised that it was that far of a gap for Hispanic/Latino males (55%) and Black males (48%) in relation to their peers.”

From there, Maurice made the decision to restructure — or reimagine — the department of IDE and the social justice centers.

“I like to call it a reimagining,” Maurice says, “because we have the opportunity to look at what we currently have and imagine doing a lot of other things we didn’t necessarily know were possible.”

The next five months involved a lot of back and forth with human resources to determine what was feasible and if the budget was there.

“We were still in a pandemic — there was no new money coming about,” Maurice says. “My office actually had several vacant positions with money attached to them, so I made the decision to forgo those because I thought it’s more important to address these very real needs that were shared with us.”

However, around the spring semester, Maurice was notified that the university withstood the pandemic in a solid way, so he was able to be more creative with a plan to move forward with the social justice centers.

Maurice plans to base MU’s student success model off Georgia State, as well as some tenents from various historically Black colleges and universities (HBCUs). Georgia State has intrusive advising where, essentially, students are in constant contact with their advisor. Advisors come to them; they do not wait for the students. Additionally, HBCUs have a position that is kind of like a dorm parent. They are called student success coaches. These coaches are the ones calling students who aren’t in class and checking on their social and academic well-being. “They are like an advisor ‘plus,’” Maurice explains.

“But most importantly . . . no one is doing this embedded student success model within their identity-based centers,” Maurice says. “I think Mizzou is going to be able to show-off what we are doing — and people will replicate us. I’m excited about that because we are a place that can be replicated and where people can come to get these practices to move goals forward.”

The reimagined structure is planned to have student support specialists, assistant directors, and an associate director — an announcement that was initially met with upset students and staff across MU, eventually leading to some protests over the decision.

“When we began informing the team, we sort of put the cart before the horse,” Maurice explains, “and it got out from under us in a way that we hadn’t anticipated.”

Many students and staff were worried that current employees in the social justice centers were no longer going to hold their positions following the restructuring. Current coordinator positions would be gone, meaning those who held those positions would need to apply for the new ones.

Maurice mentioned he is constantly reminding students that they are not losing support, but that the goal is to bring additional support into these spaces. There are already some very competitive and compelling applicants for the new positions — some of them are right here on MU’s campus.

After the initial backlash in the spring 2021 semester, Maurice and his team paused on moving forward to take time to listen to people’s concerns and better communicate the department of IDE’s intentions with the restructuring. It was just recently announced that they are moving forward with filling the roles — this announcement was not met with any backlash.

“Once people heard what our intentions were, they were excited about it,” Maurice says. “When someone hears, ‘these positions are no longer going to be here,’ they sometimes stop at that part of the story and don’t continue to see what it is we are actually going to do.”

The entire reimagining is more than just the staffing structure. Maurice has a three-phase plan for building up the social justice centers.

“We don’t look at our reimagined system in isolation because then you don’t see the big pieces and why it is important,” Maurice says. “If you are bringing students in, but don’t have the infrastructure for them to succeed and have a good campus experience, then there will be a leak in the pipeline, and students will just fall out. That’s why it’s important to recognize the bigger picture.”

“We did a series of listening events in the spring,” Maurice explains. “Those events gave a lot of information as to what the most pressing challenges are on campus, and our intent is in October — after more conversations — to show the campus what we got out of our listening sessions and built a road map to solve them.”

Maurice has an additional goal of trying to show the centers are not only social spaces, but also academic places where students can come and learn how to be an ally or learn about issues specific to these identities. Part of phase two is to have a training and education role in which the sole job is to train students on those issues through the various centers.

“And then after our entire process is over, I’m ready to stand toe-to-toe with any university in the world as it is related to inclusion, diversity, and equity work. Just stick with us,” Maurice says.