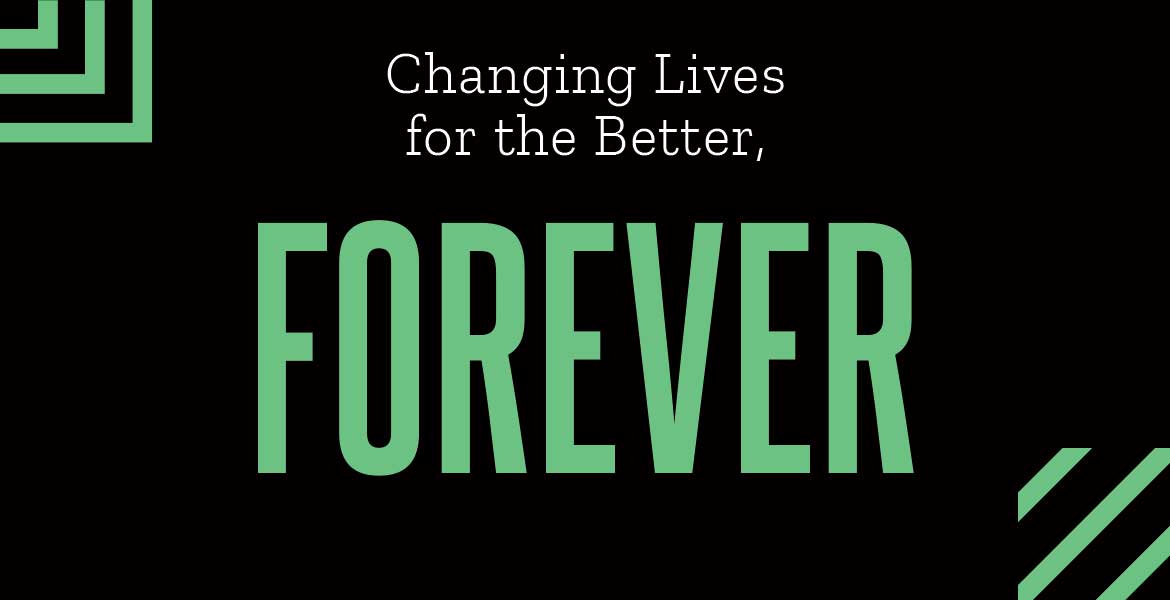 Big Brothers Big Sisters is the nation’s largest volunteer-supported mentoring network. After being founded in 1904 as an alternative to the juvenile justice system, BBBS now operates in 13 countries and all 50 states, including Mid-Missouri.

Mentors (Bigs) are “matched” with a child (Littles) after a thorough vetting and interview process that considers the compatibility of both parties. Bigs also undergo a background check. As Ann explains, nothing about the matching process is haphazard.

“We take the time to interview both the mentor and the Little, so we can make the match that’s the best for both parties,” Ann says. “I’ve known matches where the Little was 9 years old when they entered the program and now, they’re 18 with the same Big, and about to age out of the program. Having this positive role model in a person’s life makes a huge difference.”

Many Bigs will first interact with their Little in the school-based program prior to moving toward a more community-based mentorship. At first, a Big might eat lunch or play at recess with their Little. They might also help with homework or with virtual learning.

Eventually, they can participate in activities together in the community, whether it be playing sports or simply going to the grocery store together. As Ann states, many of the children in the program are what BBBS deems “at-risk youth.” The mentor often becomes a source of stability in the life of their Little.

“Ninety percent of our Littles receive free or reduced lunch,” Ann says. “Sixty seven percent live in single-parent households. Of those, the majority are headed up by a female or a mother figure or grandmother figure. Seventy eight percent of our families make less than $35,000 a year, so they’ve got some disadvantages going into things.”

“If youth experience four or more of those experiences, and if those aren’t balanced out with a positive childhood experience, that can lead to trouble in adulthood,” Ann says.

For Ann, becoming the executive director of BBBS of Central Missouri — a job she took during the pandemic — was an inspiring career change. She has already seen the impact the program has on both Bigs and Littles, and she has the numbers to prove it.

Elyse Luecke was matched with her Big at the age of 9. After her mother was diagnosed with a terminal illness, Elyse — who came from a single-parent, single-child household — would form a familial bond with her Big over the years.

“It was just my mom and I in the house; I don’t have any siblings or much family,” Elyse says of how she became a Little. “My grandma had just passed away, so my mom really wanted to find an outlet for me, just to have someone to go out with and have as support.”

Elyse says that being with her Big helped her “break out of a shell” during a difficult time.

“She was so helpful with school,” Elyse says. “She always offered to give me rides to places. She helped me with algebra and chemistry. I could always call or text her if I was having a bad day. It also helped that she lives five minutes away from me, both then and now.”

Elyse stayed in the program as a Little for 11 years, graduating in 2018 from both high school and BBBS. Elyse’s mom passed away in 2017, and her Big maintains a significant presence in her life. Elyse has now gone on to be a double major at MU, studying journalism and political science.

“People think it’s a mentorship program, but it’s so much more than just hanging out with someone,” Elyse says. “It’s a life changing program. Without Big Brothers Big Sisters, I wouldn’t have the financial and emotional support system that I have, and emotional academic support from my Big Sister.”

For Jacob Kreutz, the community engagement specialist for BBBS of Central Missouri, he has literally watched his Little, AliJah, grow up over the past four years. Jacob became a mentor first in the school-based program, visiting AliJah during lunch and recess. Their relationship grew over the years, especially after they moved on to community activities — usually centered around AliJah’s love of sports.

“Once we got out of the school-based, we got a chance to do one-on-one and talk about things that were going on in his life,” Jacob says. “His mom will contact me sometimes and say he’s struggling with this or that, and I’ll talk to him about it. My role is to be there and be consistent in his life. His dad’s not in his life, so it’s important to always be consistent in that aspect.”

On any given day, the two might shoot hoops together, go to a sporting event, or relax and play video games. Once, when Jacob was working for the St. Louis Cardinals as an intern, he took AliJah to a ballgame with VIP access to the broadcast booths and field level.

Jacob became a Big to fulfill a community volunteer requirement for a class. “I wanted to do something that would make more of an impact than just get the credit for the semester,” he says.

He would soon make it the beginning of his career path. After getting his master’s degree from MU in 2020, Jacob took over as community engagement specialist for BBBS of Central Missouri.

“It’s something that really does make a difference,” he says of the program, “and it’s enjoyable for both the kid and the mentor.”

How to Get Involved

Jacob stresses that the common misconception with BBBS is that it’s a major time commitment. However, the program only asks for one hour a week for the school program and eight hours a month and a one-year commitment for community-based mentoring. Even these few hours of interaction each month are vital.

“It’s important for people to know that it’s not a huge time commitment,” Jacob says. “We ask our Bigs to meet up with their Little twice a month minimum.”

Those who would like to become a Big can apply via the BBBS of Central Missouri website. Financial donations also go a long way, as each match takes valuable resources to facilitate.

Like Jacob, some of the individuals involved in the program as a Big or Little also go on to work with the organization in other capacities, as well. Elyse, for example, spent two years as the philanthropy chairperson for BBBS of Central Missouri as a means of raising money and recruiting new Bigs. Though she is not in that position anymore, considering her college workload, she is still in contact with the program and occasionally does stuff on the side.

“Changing the life of someone in so many different ways, it’s like you want to help, you want to be involved somehow,” Elyse says.