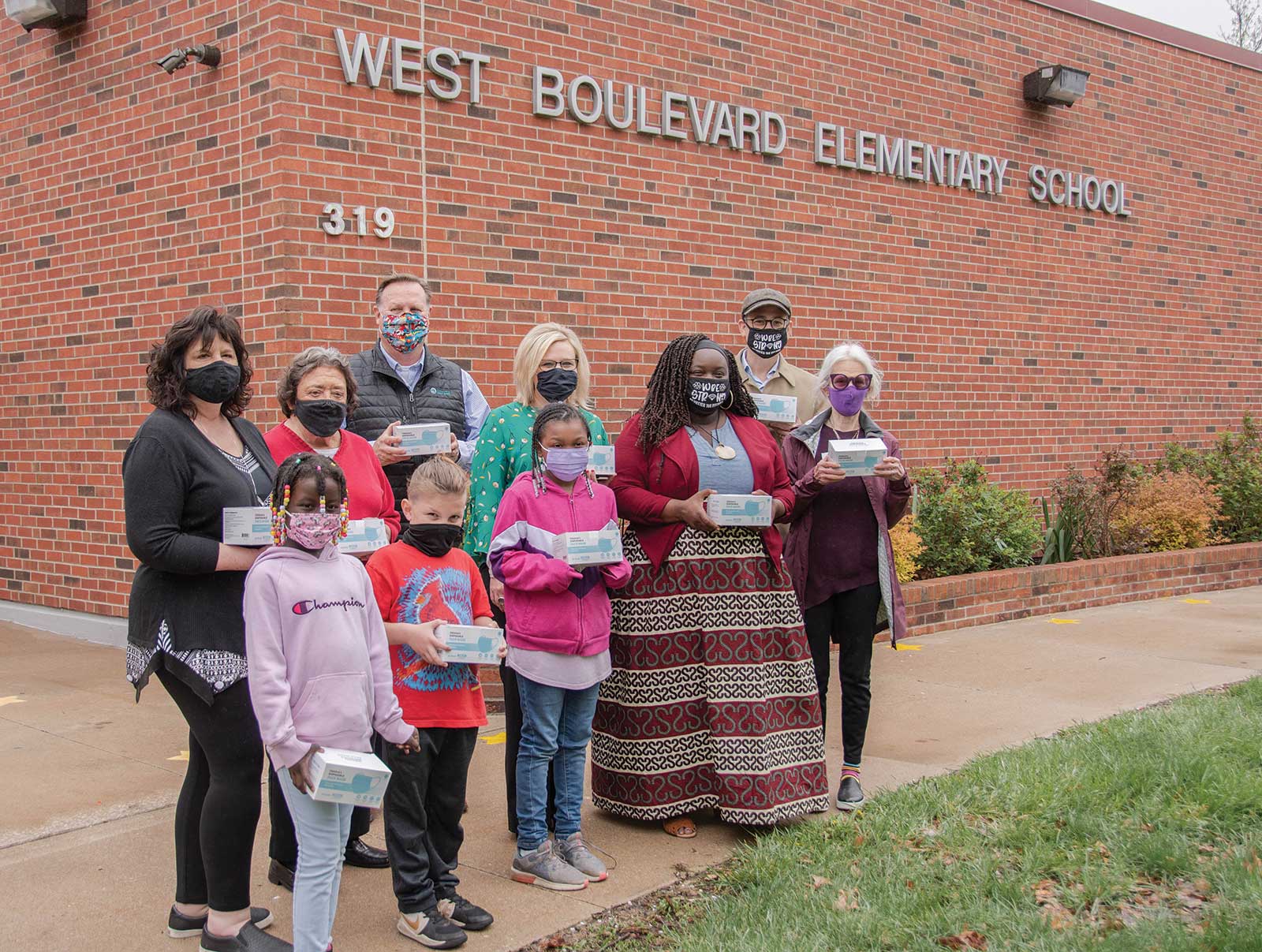 The Columbia Chamber of Commerce named Healium the Small Business of the Year for 2021. Founded by Sarah Hill, Healium is an immersive media therapy company that uses virtual and augmented reality technology and biometric data to boost calm and focus. Their portable product is used worldwide with enterprises and the military. Healium is the 29th business to win the Small Business of the Year Award.

Columbia College raised a record $108,834 during its third annual Giving Day, a 27% increase over last year’s total. The donations came from 408 individuals. The event encouraged alumni, faculty, staff, students, and friends of the college to donate to the Columbia College Fund, which addresses the college’s most immediate needs. The class of 2005 was the lead fundraiser, raising $25,525. From the Christian College class of 1949 to the students working to graduate in 2024, members of 66 different class years made donations. Donations came from 38 states and three countries, including Australia and Canada.

Boone Hospital Center was named a five-star hospital by the Centers for Medicare and Medicaid Services. CMS rated over 4,500 hospitals from one to five, with five representing the highest quality rating based on morality, the safety of care, readmission, patient experience, and timely and effective care. Boone Hospital is the only hospital in Mid-Missouri to receive this top ranking. Of 4,586 hospitals, 13.5% received five stars.

The Boone Electric Community Trust donated a $20,000 grant to the Voluntary Action Center. The funds will assist individuals and families with emergency services and assist some who are experiencing poverty or homelessness. With an increase in the demand for services, the Voluntary Action Center says the donation allows them to continue meeting the growing need and fulfills their mission of bridging the gaps between crisis and stability to improve the quality of life in Boone County. The Boone Electric Community Trust provides grants to 501(c)(3) organizations and public entities through an application and review process.

David Gozal, the Marie and Harry Smith Endowed Chair of Child Health at the MU School of Medicine, was awarded the American Thoracic Society Assembly on Pediatrics Lifetime Contributions to Pediatric Respiratory Medicine Award. The award, which was presented during the Assembly on Pediatrics membership meeting, recognizes individuals who have contributed greatly to the specialty, dedicating a lifetime of work to the advancement of pediatric respiratory medicine. Glozal’s research, published in more than 700 peer-reviewed articles, focuses on translational approaches to pediatric sleep disorders and has been funded by multiple National Institutes of Health grants.