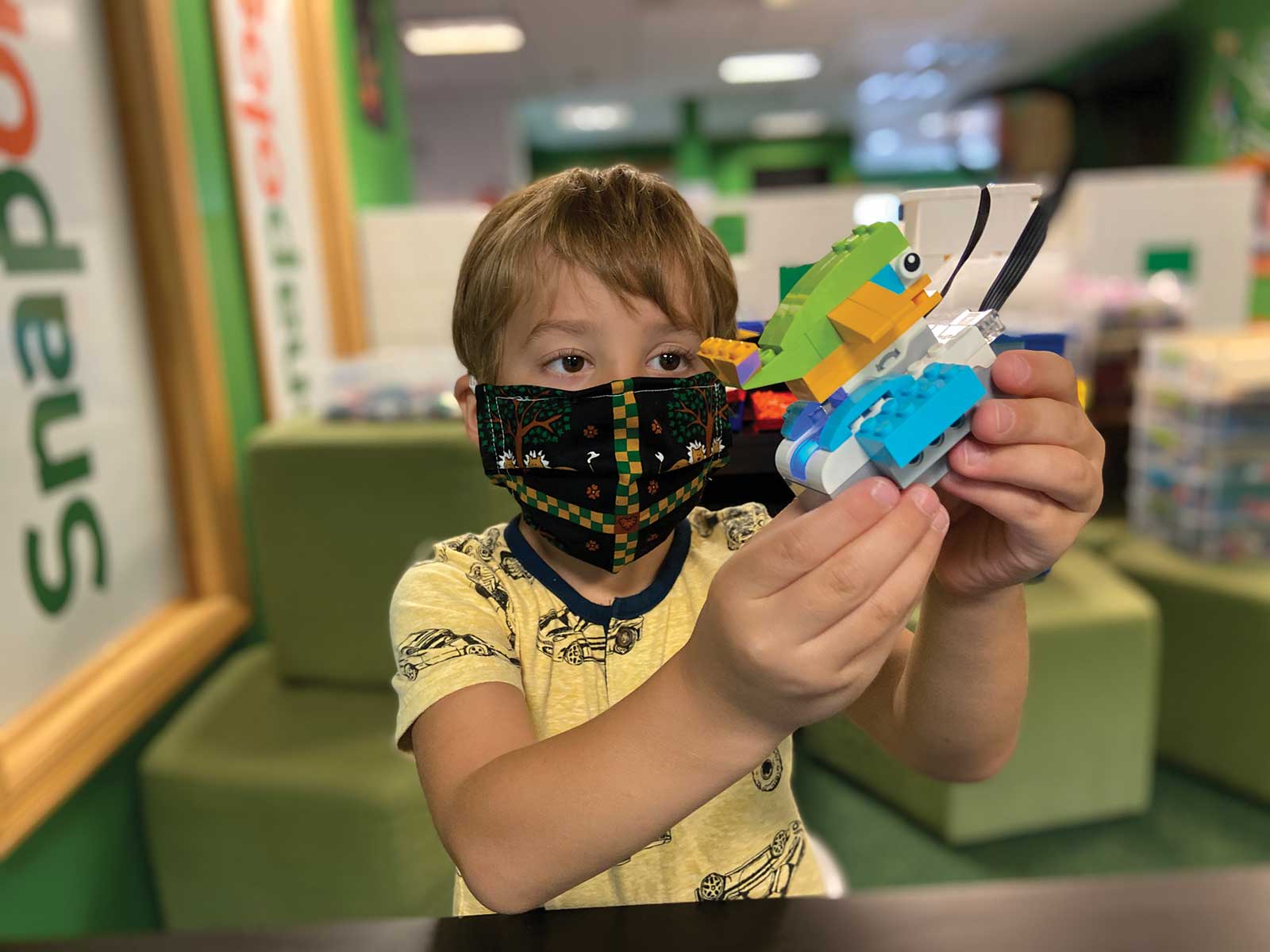 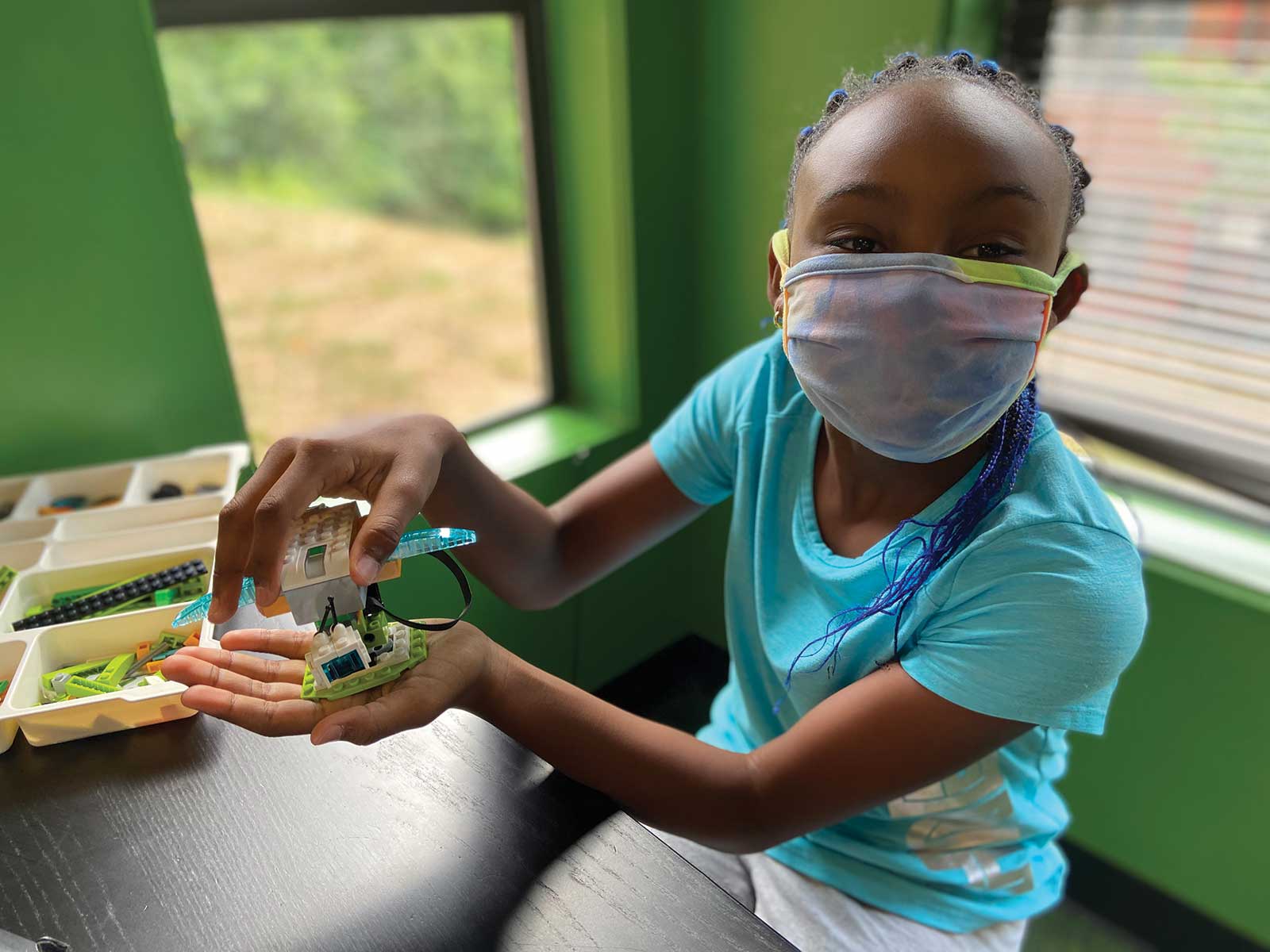 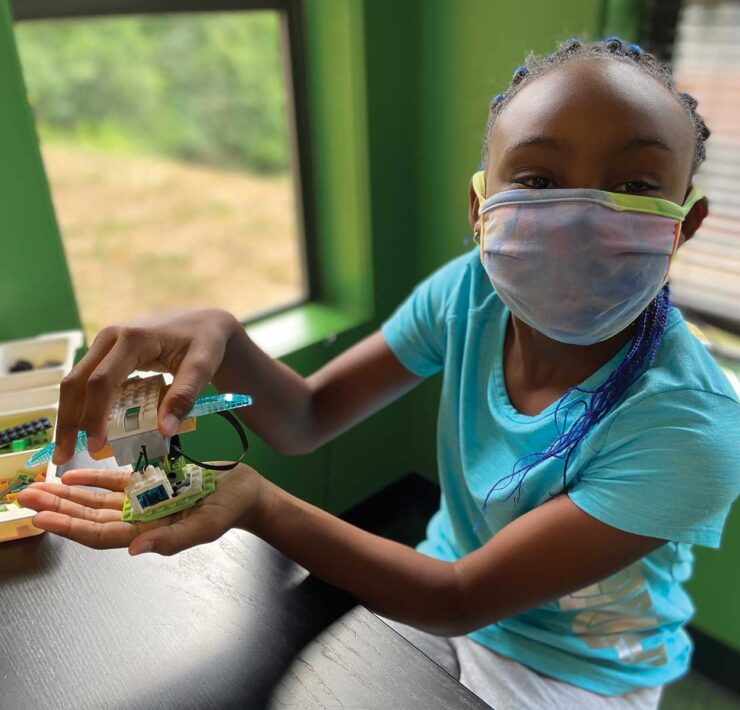 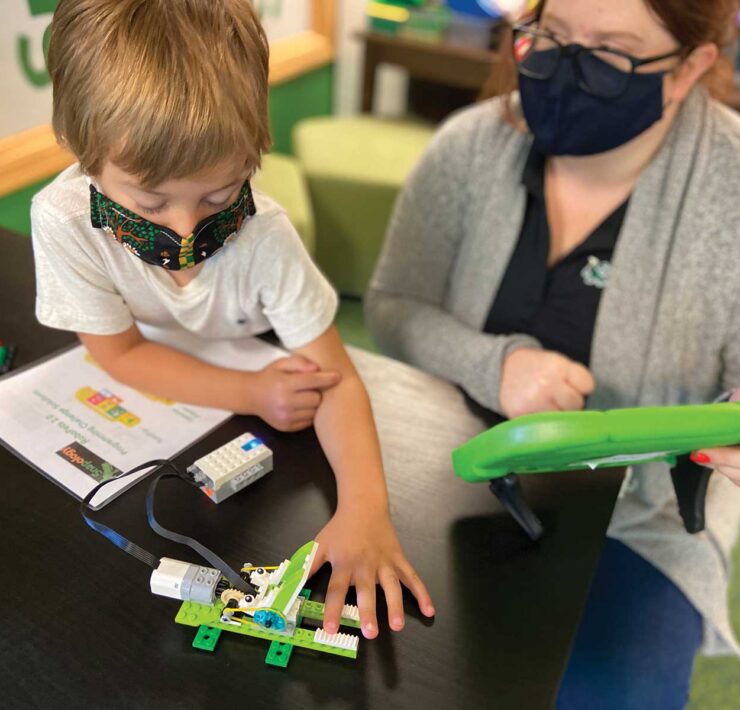 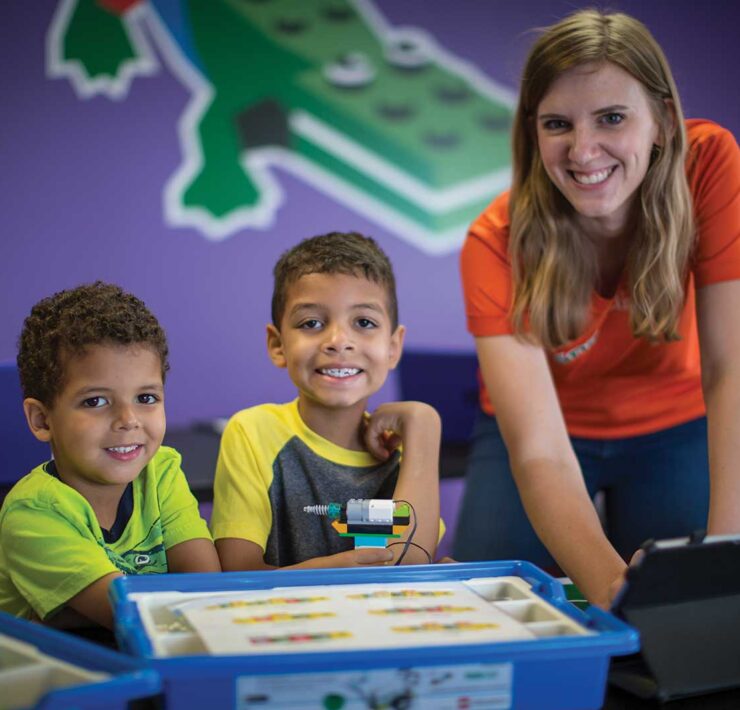 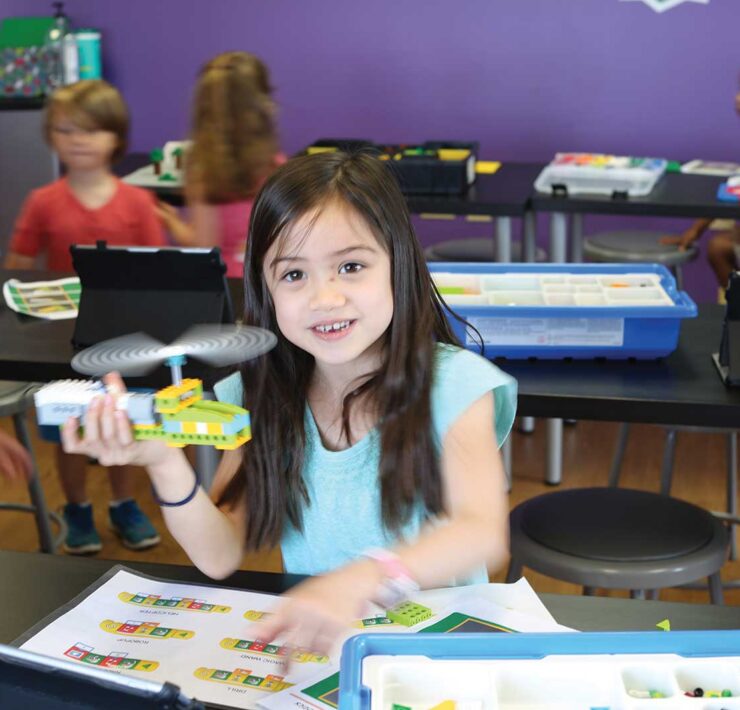 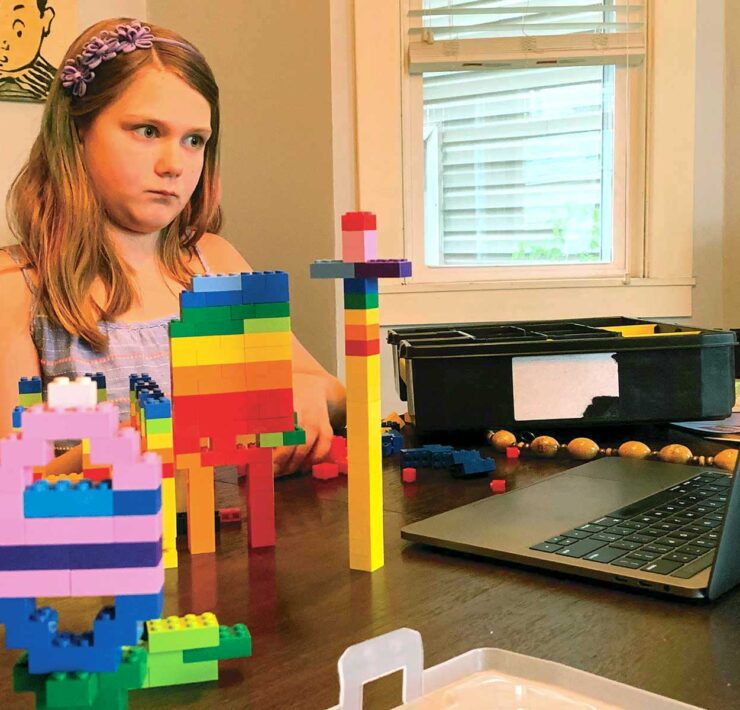 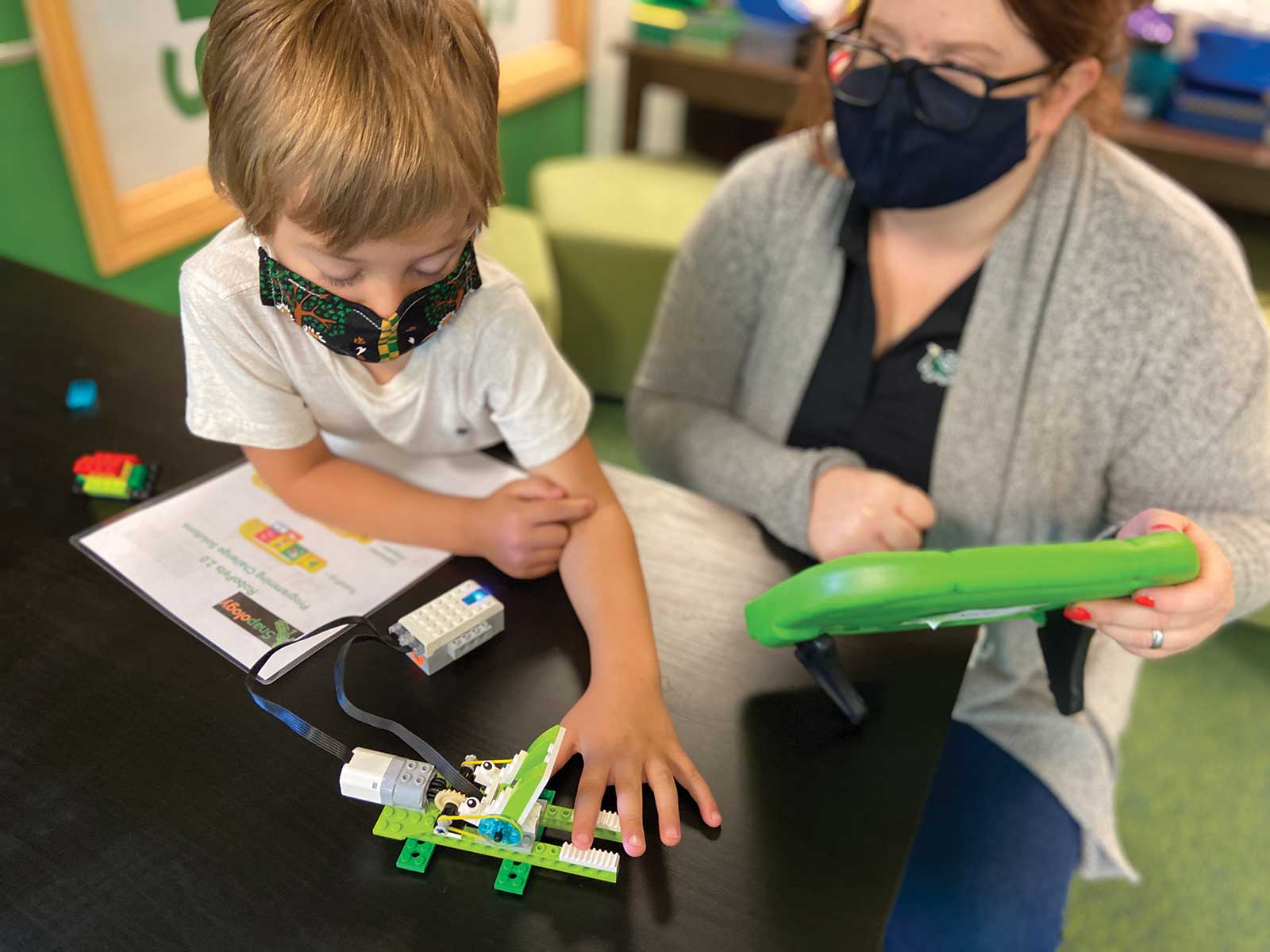 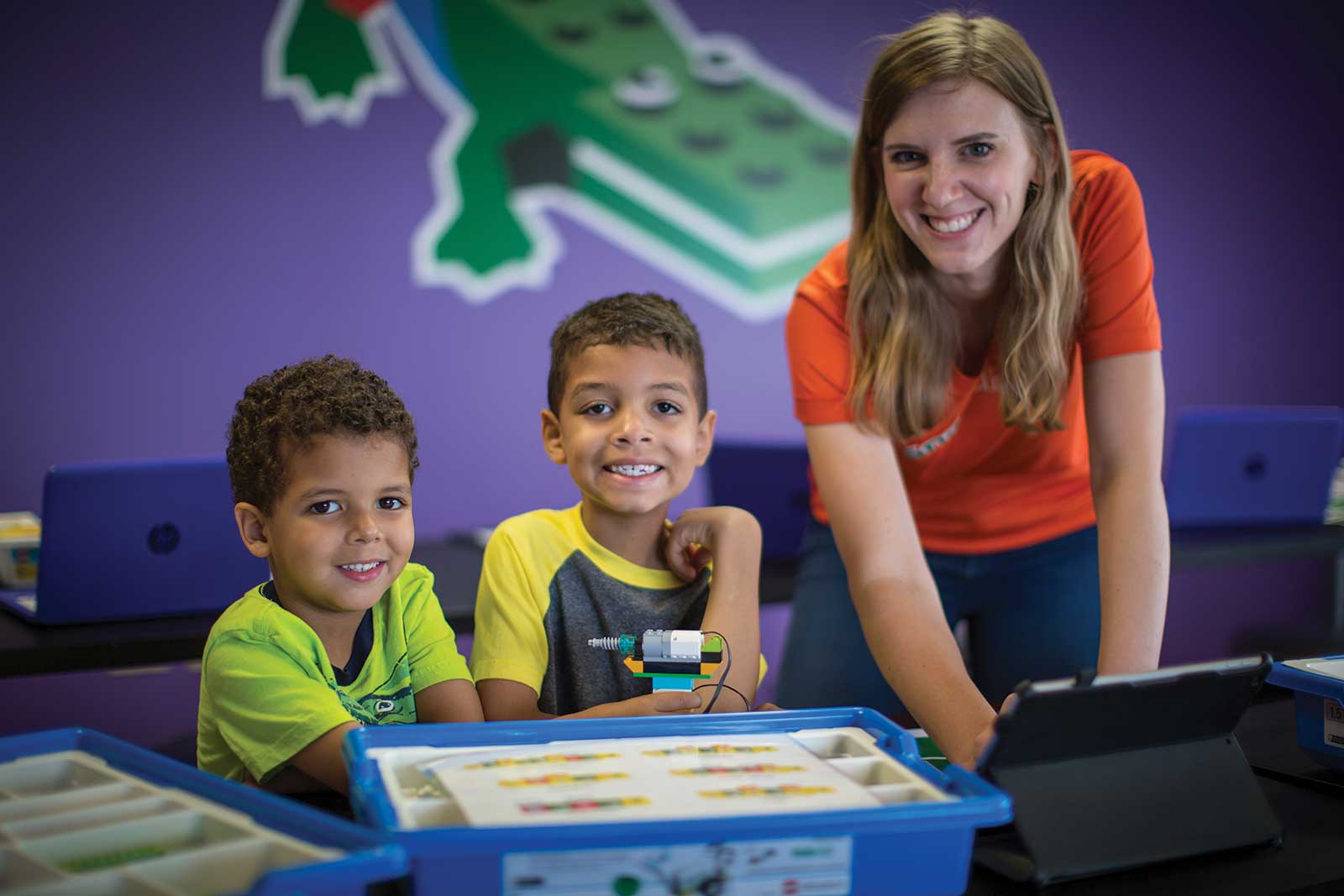 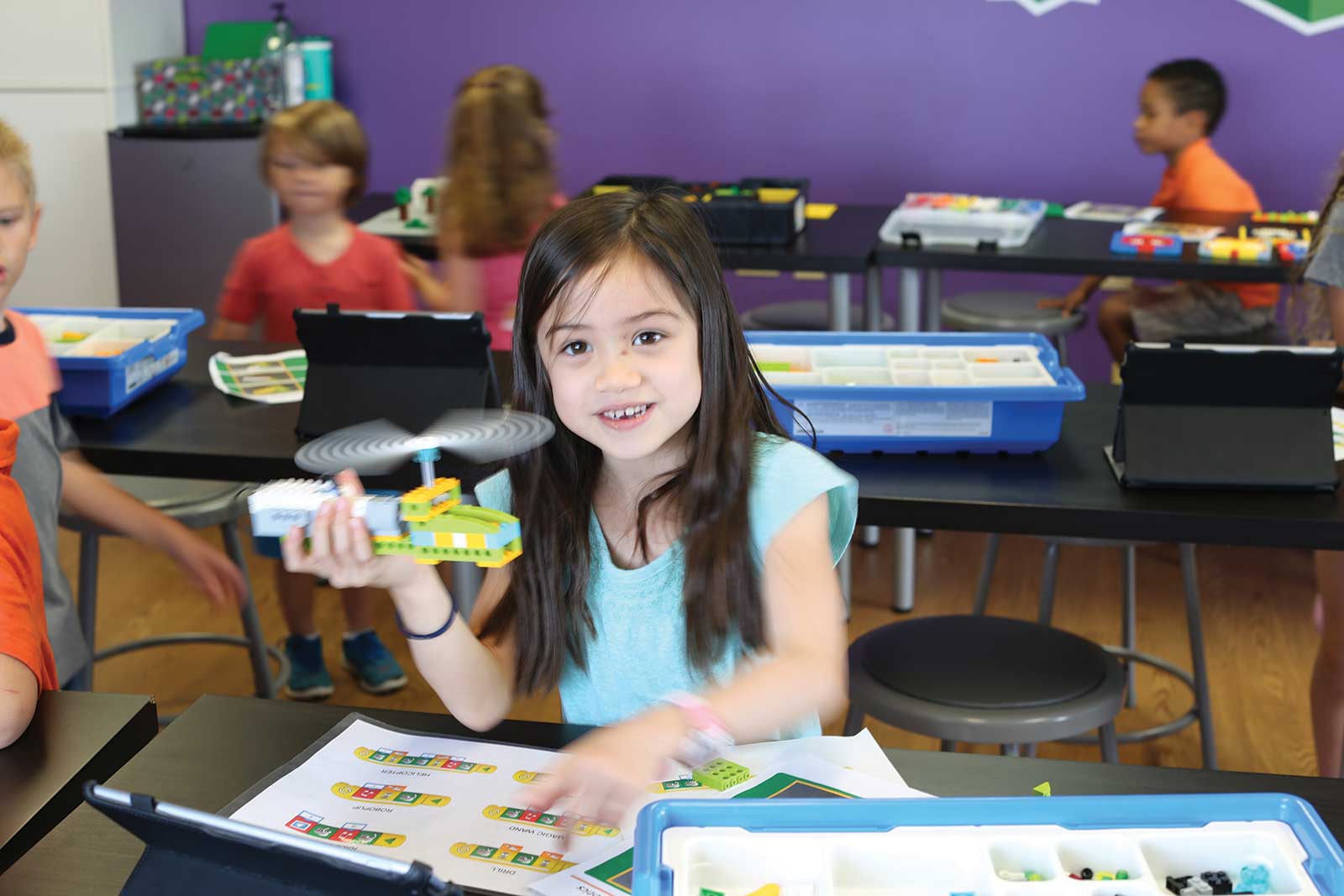 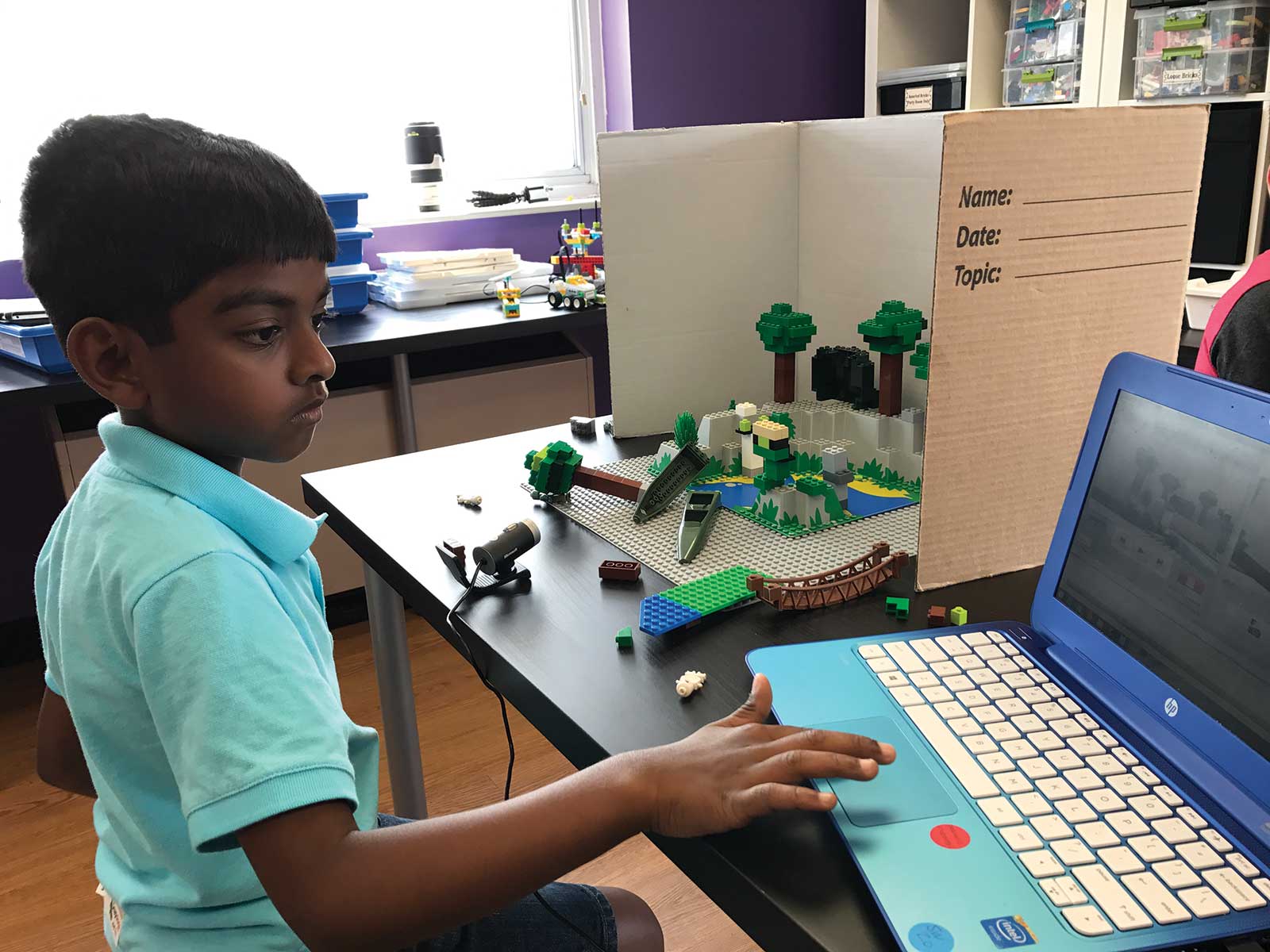 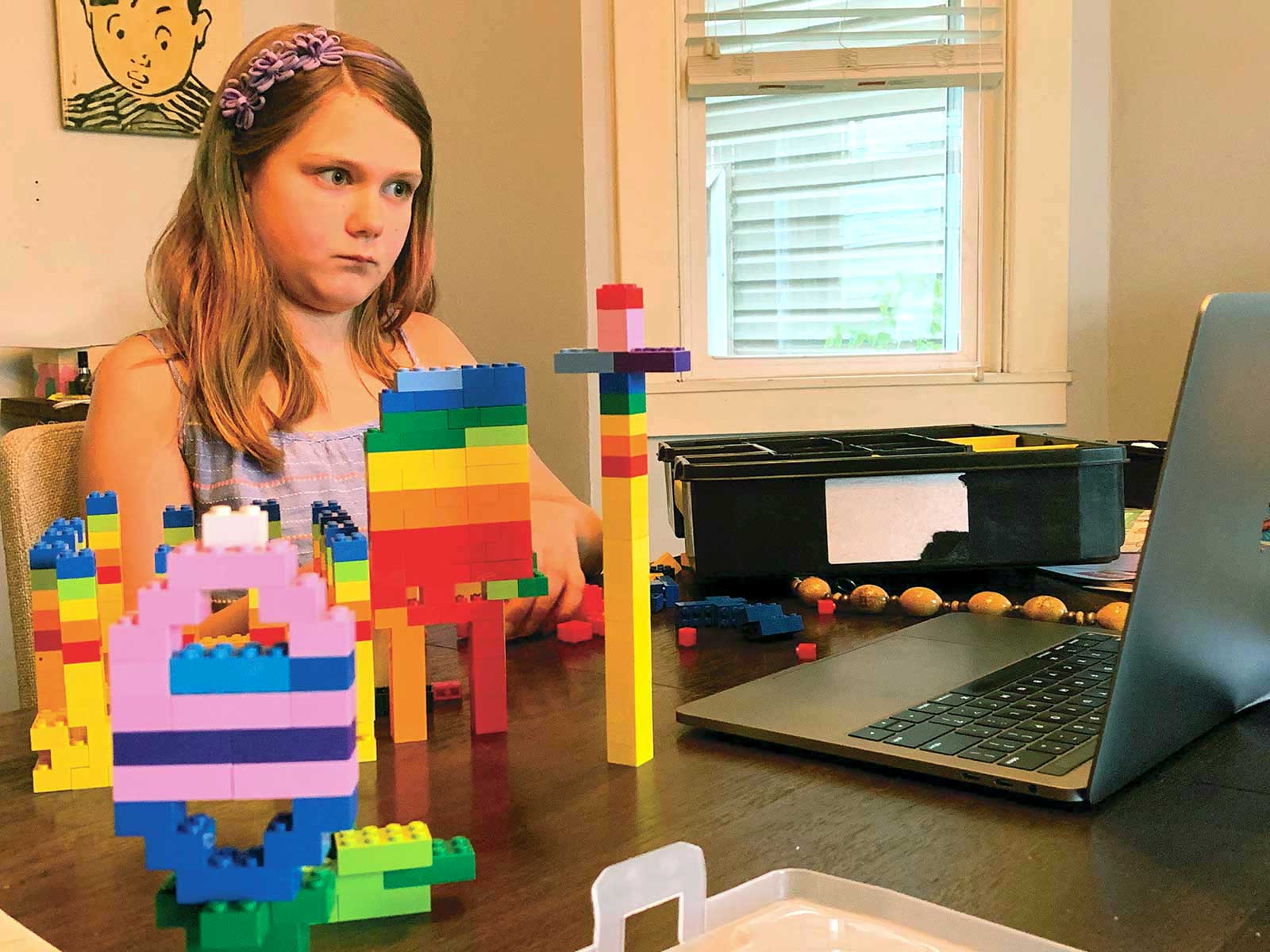 Snapology of Columbia is on a mission to encourage so much fun that kids don’t realize they’re learning.

Like a lot of Columbia residents, Ruby Abdul came to town to attend MU. She also wanted to open a business. So, Ruby did her homework, researching franchise opportunities. The day she discovered Snapology, she stopped looking. Ruby had discovered a great fit for herself and for a town steeped in education.

“I want kids to learn something that is both educational and fun,” Ruby says. “I liked the idea behind Snapology from the first time I learned about it.”

Snapology was founded in 2010 by sisters Lisa and Laura Coe, who, not unlike Ruby, wanted to launch a kid-friendly business that would be both fun and educational. According to Entrepreneur, it’s now the No. 1 children’s enrichment franchise in the country.

Putting the “A” in STEM

“We don’t sell Legos,” says Mo Abdul, who helps his wife run the company. “We provide STEAM education with a focus on fun.”

STEM, which stands for science, technology, engineering, and mathematics, has become a major focus in K-12 education over the past 20 years, designed to cultivate future employees for expanding career markets in those areas. According to the U.S. Bureau of Labor Statistics, STEM occupations numbered 9.955 million in 2019 and are projected to grow to 10.75 million by 2029. More recently, however, an emphasis on the arts has been interwoven into STEM education — hence the idea of “STEAM.”

“STEAM includes those soft skills that kids are lacking when they come out of pure STEM programs, where they’re often sitting in front of a computer working on their own,” Jen says. “Our programs really have a balance of academics, fun, and that social development piece, which is more important than ever these days, now that kids have been isolated for so long.”

Mo acknowledges that many area schools are already introducing STEAM concepts to their students.

“The difference is that at Snapology, we introduce it with fun and focus the learning on fun,” he says.

Two of the kids having fun are Arane and Verity Richmond, ages 8 and 6. The girls have taken two Snapology classes, a space-themed Lego class and a robotics class.

“They think this is the coolest thing,” says their mom, Elizabeth Richmond. “They like Legos, but having a real person teaching them how to build things is great. They were so excited about building their own robots.”

Arane and Verity are homeschooled, so Elizabeth likes having somewhere else they can go to learn.

“These classes supplement our science curriculum,” Elizabeth says. “And I know they’re getting solid instruction.”

Programming for the Post-Pandemic Period

Snapology of Columbia launched in July 2020, four months into the COVID-19 pandemic. Instead of going into school classrooms and hosting field trips, the company started with online programs and some in-person classes. It has been offering small weekly classes in a space provided through a partnership with Level Up Entertainment in the Columbia Mall, teaching 20 to 30 kids per month.

Jen says programming will grow as the pandemic weakens, with robotics classes already in high demand. Enrollment is currently open for 10 different summer camps, and parents can register their kids via the Snapology of Columbia website.

“Kids have been starved for that social interaction and engagement and fun learning environment because it’s not exciting to be at home for school, watching on your screen,” Jen says. “They’ve kind of gotten disenchanted with the whole learning process. So we’re really expecting to see an awesome summer camps season because parents really want their kids back in our programs.”

Weeklong camps are scheduled from 10 a.m. to 1 p.m., Monday through Friday, with costs ranging from $150 for traditional STEAM camps to $180 for robotics. Kids can bring their lunch or purchase food available at Level Up.

Regular classes range in cost from $10 for a virtual class to $180. And if you’re looking for a great gift for a child that’s fun and educational, Snapology sells gift cards redeemable for birthday parties, classes, and camps.

A Good Time Is Had by All

Snapology also hires and trains area educators, something Columbia has in abundance. The company has trained five Columbia teachers so far and plans to add another two or three soon. With 1,500 hours of developed curriculum, Snapology will have room for more in the future. Elizabeth Richmond says the teachers seem to have as much fun as the kids.

“We work really hard to hire and train the right teachers,” Jen says. “They love the job because they play and have fun while truly impacting these kids. It’s our goal that everyone who comes into contact with Snapology learns and has a great time while doing it, and that applies to our teachers as well.”

Classes are designed to be taken individually but arranged to build successively on learned skills. Most kids currently taking classes are ages 5 to 14, although Snapology has developed curricula for preschoolers. So far, the students have been about 60% boys and 40% girls, and Snapology of Columbia is on a mission to attract more girls to change their perceptions of STEM fields.

“I noticed that some girls in robotics classes in the beginning are not very interested,” Mo says. “Then they start coding and completely change their minds. They ask for more.”

In the future, Ruby plans to offer programs in Snapology’s own brick-and-mortar location. She also wants to introduce classes and camps in Jefferson City and Fulton.

“The most challenging thing we face is educating the community about what we do,” says Mo. “The overwhelming majority of people are surprised by what their child can do and learn from our programs.”

With classes focusing on everything from superheroes to engineering, there’s certainly a lot to learn. Even if kids — and their teachers — think they’re just playing around.

Classes and camps are currently held at Level Up Entertainment in the Columbia Mall at 2300 Bernadette Dr.