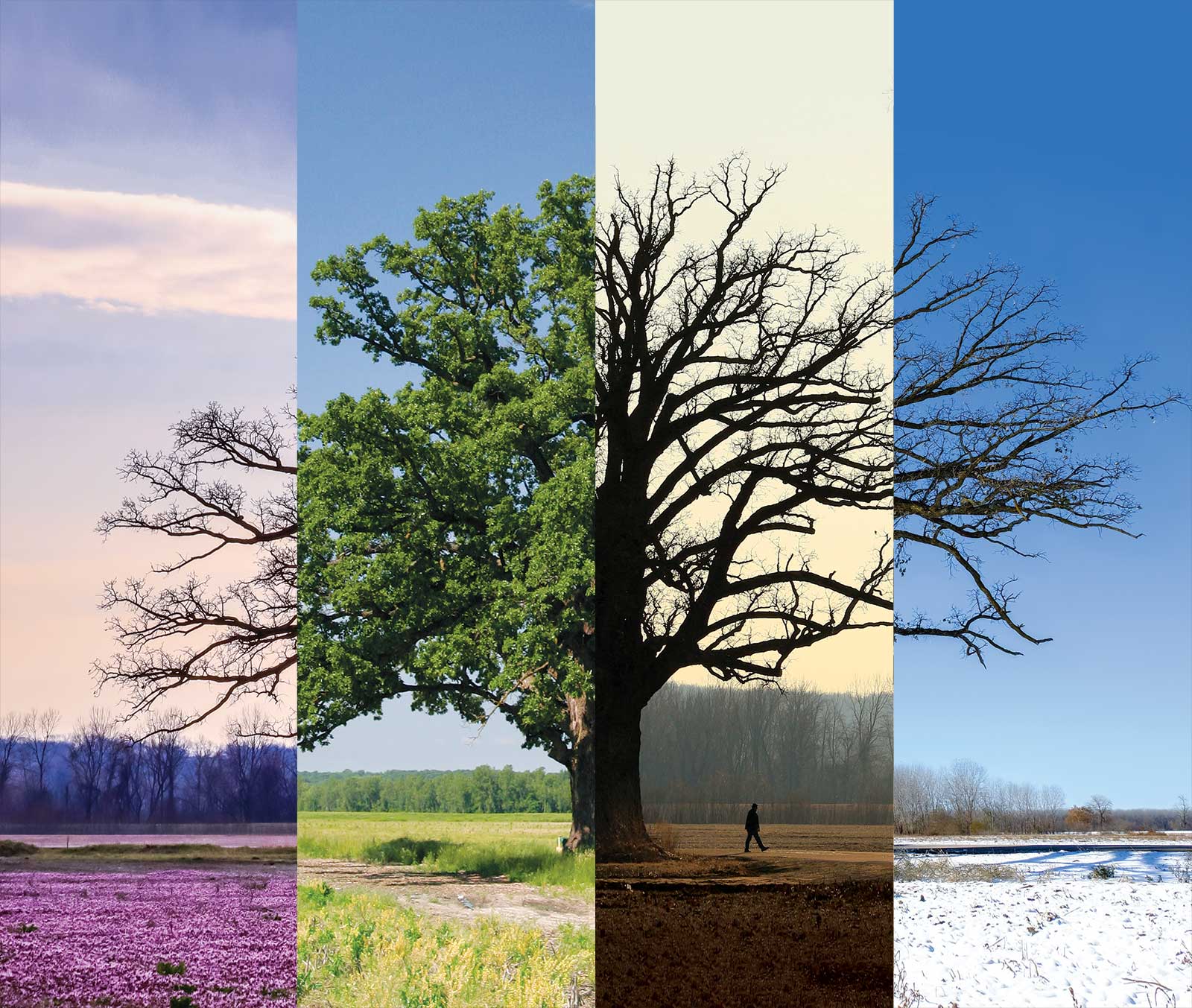 There’s a ray of sunshine and a slight breeze of cleaner air in Columbia’s first report on the city’s initiative to battle climate change. Since 2015, Columbia has experienced an almost 6% decline in community greenhouse gas emissions.

That statistic might seem “kind of dry,” admits Barbara Buffaloe, sustainability manager for the City of Columbia. But consider what that means. “It’s the equivalent of over 155 million pounds of coal not being burned” to produce electricity, she says.

Columbia’s Climate Action and Adaptability Plan, adopted in June 2019, was based on 2015 greenhouse gas emissions from local activities such as electricity production, transportation, home energy use, and methane emissions from landfilling and treatment of wastewater.

Just mention “climate change,” though, and people tend to quickly line up on a political side. Barbara concedes there were some questions about that divisiveness when the local climate action plan was being developed, but she refers to Mayor Brian Treece’s words that “we led with the science,” adding, “We are already seeing the effects of the changing climate.”

The CAAP focuses on the areas of housing; buildings and development; transportation; waste; health, safety, and well-being; and natural resources. Examples of goals include increasing the use of low- to zero-emissions vehicles and creating a bikeable and walkable community; encouraging recycling and reducing landfill waste; and planning for a potential increase in the demand for mental health care. Targeted actions include those that are “most cost-effective and equitable.”

What Is Greenhouse Gas?

Decades of burning fossil fuels — coal and oil, for instance — have released high levels of heat-trapping gases into the atmosphere. These greenhouse gases (carbon dioxide, methane, nitrous oxide, and others) are cited as significant factors in rapidly changing weather patterns. The resulting changes have been wide-ranging. Warmer days, more rainfall, poorer air quality due to prolonged periods of drought, a greater frequency of violent storms, and rising sea levels all point back to greenhouse gas emissions.

From 2000 to 2015, Columbia’s greenhouse gas emissions increased by 12%, with electricity production accounting for almost 70% of emissions. Columbia Water and Light, the MU Power Plant, and Boone Electric Cooperative all have local generation facilities, and they also purchase power from remote production facilities that burn coal and other fuel. Naturally, a primary focus of the 106-page CAAP is energy production and use.

Based on the 2015 emissions measurements, the local climate plan established a goal of reducing emissions by 35% by 2035, 80% by 2050, and 100% by 2060, with alternative, clean energy sources powering the city’s homes, businesses, and institutions. The first annual report of progress and priorities that noted the nearly 6% decline since 2015 was submitted to the Columbia City Council on February 1.

Clean energy generated by solar power, wind, and other sources is already increasing Columbia Water and Light’s portfolio of renewable energy. Some 16% of locally generated electricity already comes from renewable sources. Columbia’s utility plant has a goal to produce 100% of its power with renewable energy by 2050.

An image of John Riddick, standing beneath a sun-drenched sky with his arms gently folded, graces one section of the CAAP website. In the background is a solar panel-topped carport, a structure that serves the practical purpose of sheltering vehicles from the elements while also helping meet the energy needs for Riddick’s Broadway Professional Park. “It’s a little bit more than a carport,” John says.

“We have certainly reduced our consumption,” John notes, adding that net-zero is still in the cards. The solar energy system, installed and engineered by Columbia-based Energy Link, also provides backup power.

John doesn’t disclose the exact cost but says it was “expensive.” But he then quickly adds: “What you have to look at is your payback. Over the long term, is it going to save you money? I honestly did want to do something for the environment. But I wasn’t going to just throw away a bunch of money.”

He figures the payback period is going to be about seven years. Combined with historically low interest rates and a “substantial” solar tax credit from the feds, John is pleased.

“And our utility bills are going to go way down,” he adds. And other benefits? “The city gets most of its power from coal. Whatever we can reduce from that helps.”

John, a Columbia resident since 1959 and long-active in local environmental activism, is matter-of-fact about climate change. He points to the amount of carbon produced and put into the atmosphere since the Industrial Revolution began churning out carbon dioxide and other gases a little over 200 years ago.

“It’s pretty hard to argue it’s not a cause and effect. We’re clearly making an impact,” John adds. “As far as I’m concerned, the Earth is going to be fine. It’s humanity that’s going to be gone. So let’s save ourselves.”

Connecting on a Personal Level

Barbara says the CAAP recognizes that environmental policy and climate action is often seen as elitist, something that belongs in the legislative chambers and the academic milieu. While Columbia’s plan does have high-level priorities and some scientifically detailed steps — complete with a cornucopia of acronyms, abbreviations, and similar lingo — the plan also emphasizes connecting with residents on a personal level.

The stakes aren’t just high for the environment, Barbara says. Consider that climate change can disproportionately affect communities that are already at risk of harm, such as people of color, the elderly, children, and low-income families that are already struggling to meet rising energy costs, housing costs, transportation needs, and air quality issues.

“We are really wanting to show that connection between racial and environmental justice,” Barbara says.

The last page of the plan has a checklist of what residents can do, but the majority of action steps address what the city as an organization can do to support policies and actions for better climate health.

Then there are other steps — some not devoid of discomfort or inconvenience, that require all hands. One example is the solid waste plan to divert more garbage from the city landfill to recycling bins. Pay as You Throw, or PYAT, is the new, controversial method of trash collection that limits homes to using city-branded trash bags. It’s geared toward incentivizing smaller loads of landfill trash and larger loads of recycling. The city-branded bag requirement began February 1, while curbside recycling — a service on hiatus since the early days of the COVID-19 pandemic — also resumed.

Solid waste sent to landfills breaks down and generates methane, a potent greenhouse gas. Those emissions contributed 3% of Columbia’s 2015 community greenhouse gas emissions. According to the latest statewide waste composition study, 69% of waste sent to the Columbia landfill could have been recycled, reused, or composted.

Barbara says it’s a mistake to dismiss that 3% slice as insignificant because it’s so small, especially because current recycling rates are below target goals.

“That’s not good. We know that recycling, reducing, and reusing items has a great impact on the global climate,” she says. What’s more, there’s at least strong anecdotal evidence that the hands-on nature of residential trash and recycling can give everyone a sense of “ownership” in taking better care of the environment, whether that means battling climate change or just not polluting.

“It is a really complex subject,” she adds. “It’s not like I can just say if you recycle at home, you’ve done it. There are a lot of things that are at play in this.”

What the Future Holds

The climate change forecast isn’t for a sudden, apocalyptic upheaval, but rather an incremental worsening of extreme weather conditions with far-reaching effects. From prolonged drought and violent storms to impacts on agriculture and food production and public health threats, virtually every system is threatened by climate change — with incalculable economic reverberations.

The CAAP has a provision for review and possible revisions every five years, with the first review coming in 2024. Barbara says she’ll be surprised if emerging technology doesn’t somehow come into play in revising or adjusting the plan, especially if the technology helps advance the cause of reducing greenhouse gas emissions.

“We know it will take more than Columbia,” she explains. The city is “proud to be with a lot of other cities” in pursuing goals from the Paris Climate Agreement and “working with peers in other communities and countries.”

“I do have hope and faith that people will come together for this. There are so many benefits to it,” Barbara adds, emphasizing that the CAAP prioritizes people and the environment that Columbians tend to most appreciate — as evidenced by the desire to get outside on the city’s trails to enjoy fresh air and natural beauty during this pandemic. She says, “I think this is something we will continue to support and rally around.”