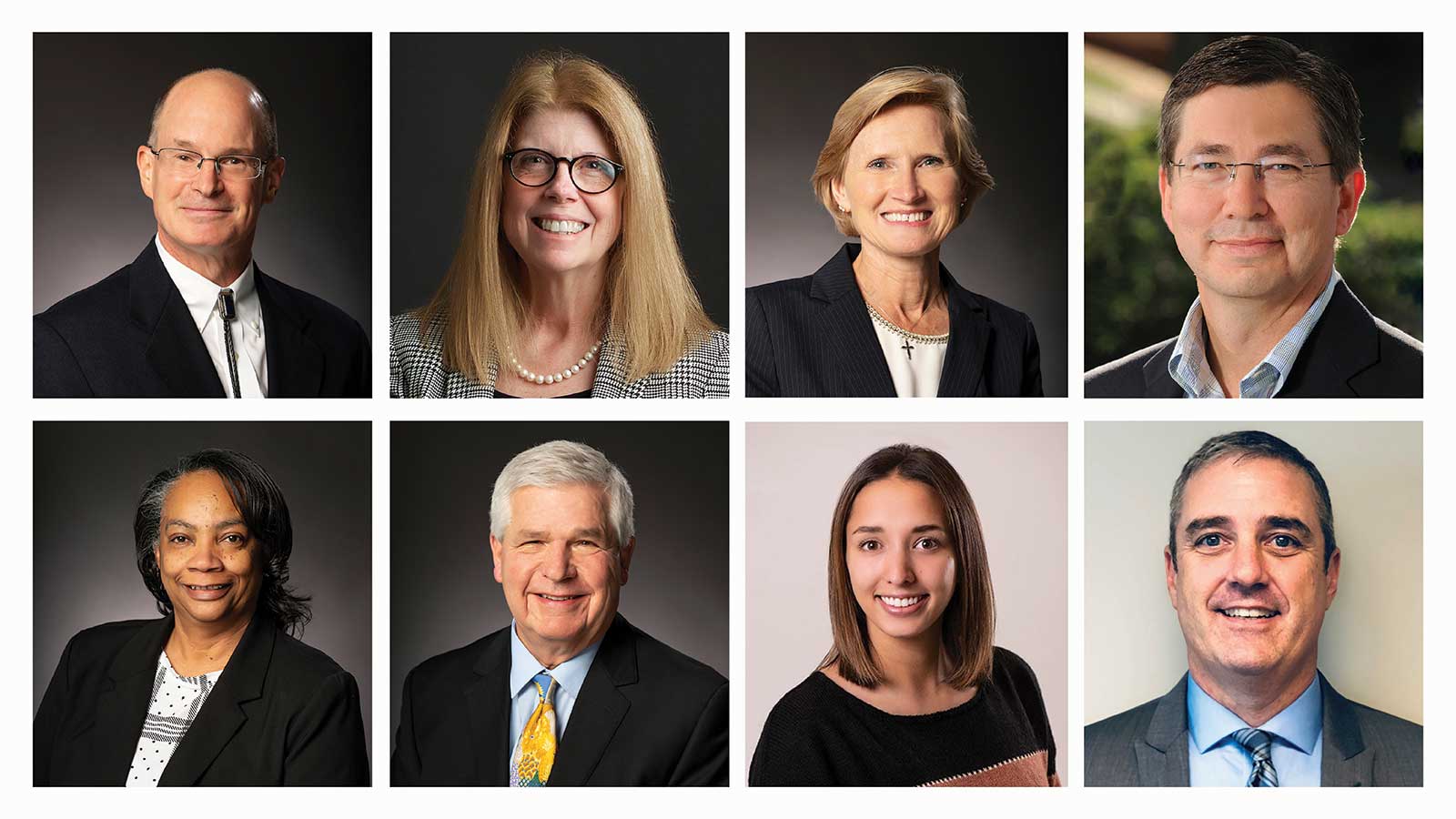 Caring for the Furry Members of the Family

This February, celebrate with the business professionals in our community who are moving up, moving around, and gaining new experiences and opportunities.

Boone Hospital Board of Trustees

Dr. Charles Bondurant: Charles has been a member of the Boone medical staff for 26 years and is a courtesy provider at University Hospital and Rusk Rehabilitation.

Dianne M. Lynch: Since June 2009, Dianne has served as the 24th president of Stephens College. Under her leadership, the college has developed a strategic focus on the health sciences, including the 2020 launch of a Bachelor of Science in nursing program in partnership with Boone Hospital Center.

Judy Starr: Judy has been with Central Bank of Boone County for more than 30 years and takes an active role in the community, serving as treasurer for the Food Bank for Central and Northeast Missouri Board of Directors and as budget and finance committee co-chair for the Columbia Chamber of Commerce.

Gary Thompson: Gary has served on boards of directors for many prominent local organizations, including Heart of Missouri United Way and Job Point Inc.

Stacye Smith: Stacye has been with Shelter Insurance since 1987 and has been part of the company’s HR leadership since 2008. She has served on multiple boards throughout the community.

William “Barry” Orscheln: In 1990, Barry became president of Orscheln Industries, a privately owned group of diversified companies in manufacturing, commercial real estate, and retail. William also serves as a commissioner of the Missouri Department of Conservation and director of Citizens Bank & Trust.

Nell Chronister has joined Veterans United Home Loans as an e-learning specialist in the learning and development department. Nell previously worked as a designer at a small agency of 12 people. In her role, she does everything from creating compliance courses to internal branding to anything a department manager might need to help unite their team. Nell has her bachelor’s degree in graphic design from Columbia College. After graduating, she landed a job as a designer at Hoot Design Co.

Missouri Employers Mutual has welcomed a new claims leader and expanded its executive team. Tim Smith has joined MEM as vice president of claims. He will provide executive-level leadership to claims outcomes, strategy, and initiatives. Tim comes to MEM from NORCAL Mutual Insurance Company, where he served as senior vice president and chief claims officer. He has more than 25 years of experience leading and managing claims organizations. Sarah Mazzocco has been named chief human resource officer. In her new role, she will continue to lead all aspects of talent management, workforce strategy, and facility planning. Kevin Miller has been named chief operating officer. Kevin will oversee the company’s strategic value delivery as well as functions for digital transformation and information technology. Jennifer Peck has been named chief strategy and customer officer. Jennifer will lead the development of ongoing growth strategies as well as functions for marketing, customer care, community impact, and sales enablement.

Woodhaven announced the selection of Dan Soliday as its new CEO. Dan began his new role in January. He joins the team after spending the past decade serving as the CEO and president of Kansas Big Brothers Big Sisters. During his tenure there, he has helped increase the impact of the statewide organization to impact the lives of thousands of Kansans. He has an MBA from the University of Missouri — Kansas City and a long history of leading organizations through growth, transition, and change.