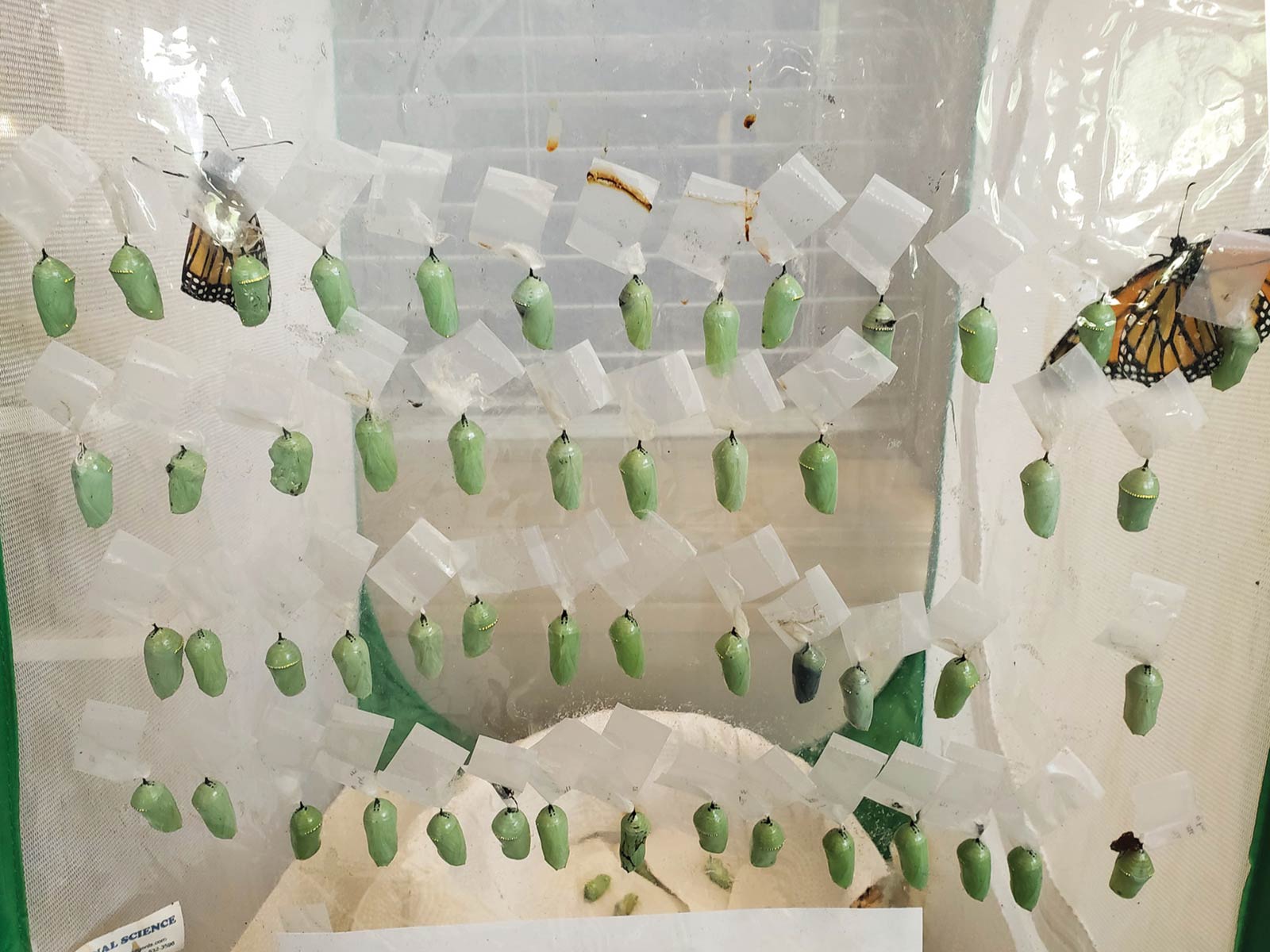 There for a Better Night’s Sleep

It’s been a great year for the winged beauties at Cedarhurst of Columbia.

2020. For a year that will forever be linked with bad omens, disastrous luck, and misfortune, 2020 was a particularly good year for monarch butterflies at Cedarhurst of Columbia.

And it’s all thanks to Dr. Richard Hart and the result of not finding work as a chemist when he graduated with a degree in chemistry more than a half-dozen decades ago. Instead, Richard earned a PhD in entomology and, at the age of 90, has had a spectacular career as a monarch butterfly rancher.

“It’s been a good life. I was allergic to everything in chemistry anyway,” he says with an easy laugh.

The staff and residents at Cedarhurst of Columbia certainly are pleased that Richard has such a passion for the elegant monarchs. Over the past three years, Richard has overseen the release of 300 monarchs that either head north to Canada in the spring or south to Mexico in the fall in perhaps the most magical migration in the insect kingdom.

Monarchs heading to Mexico from Canada are the fourth or sometimes fifth generation of butterflies that began their lineage in Mexico – and they return to the same area where it all started 10 to 12 months earlier.

Richard and his wife of 63 years, Margaret, moved to Cedarhurst four years ago. An expansion of a colorful feature of their previous home, the butterfly garden that he created at Cedarhurst is something many of the residents have gotten involved with. A hillside on the 11-acre grounds and a garden outside Richard and Margaret’s memory care apartment are havens for milkweed. Monarchs feed on a variety of flowers and plants, playing an important role in pollination, but they only lay their eggs on milkweed plants, and the caterpillars that hatch eat only one thing: milkweed leaves.

Richard laughs, “This year, things got out of hand.” In addition to the spring metamorphosis of caterpillar-to-chrysalis-to-butterfly, the Cedarhurst butterfly garden produced a “second big batch” of monarchs in the fall.

That second batch came from the eggs of butterflies that weren’t released for the mysterious migration to Mexico. Those butterflies stayed behind in tiny butterfly huts – transparent mesh homes – that Cedarhurst residents can keep in their rooms. Some stayed with Margaret as part of her memory care regimen.

“This year, we got so many butterflies,” Denise says. “It’s butterfly therapy.”

Richard tags the butterflies with a sort of adhesive label that identifies the winged beauties with a registration number showing that they came from Columbia, Missouri. He knows of at least two that have made it to Mexico. He has tagged 100 monarchs each year for three years.

“They certainly get a lot of attention here at Cedarhurst,” Denise adds. “It’s a project here in our building that all our residents help out with.” Prior to the era of COVID-19, before visiting restrictions were the norm, residents’ family members often included monarch viewing as part of their visits. She also recalls that in those now seemingly long ago pre-COVID days, groups of school kids came through to learn about the butterflies and caterpillars.

Denise looks forward to seeing that resume. “Hopefully, maybe next year, we can start that again,” she says.