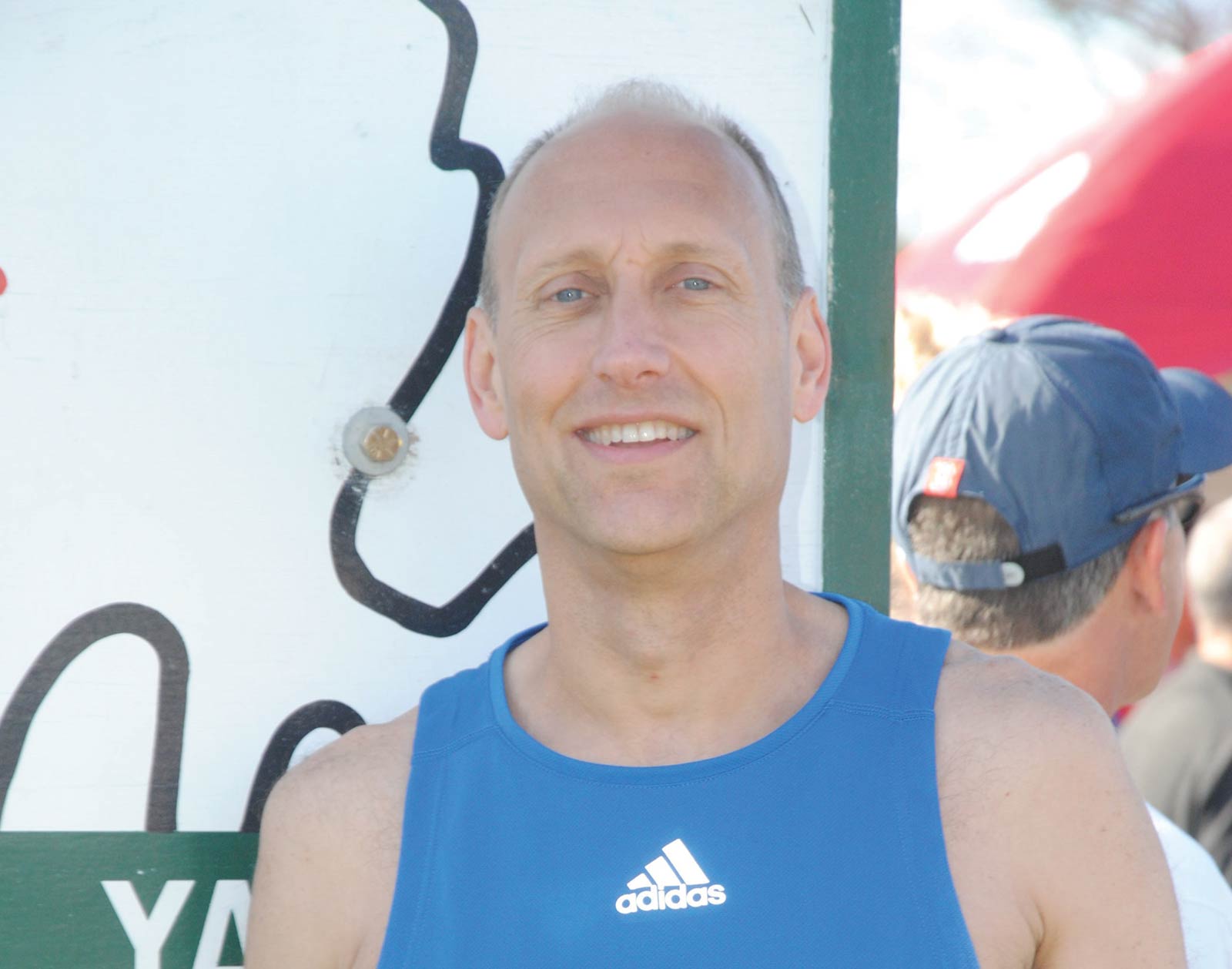 Todd Thompson has challenged himself to run every day for five and a half years.

Parking by the Scott entrance of the MKT, he hits the trail. He doesn’t listen to music. He doesn’t have a running partner. Rather, he prefers solitude, using the time to reflect on what he needs to do that day. Rain or snow, weekend or holiday — the conditions don’t matter. Todd will run outside for about an hour before heading home for a shower.

Tomorrow, he’ll do it all again.

Todd has run every day for 2,049 days, more than five and a half years without a single break. In that time, he has covered over 12,681 miles, running an average of 6.2 miles a day at an average pace of 7:57 per mile. According to the United States Running Streak Association, Todd is ranked #803 for the longest active running streak in the world.

Believe it or not, the 56-year-old has not been a runner his whole life. Despite being a track star in high school, breaking and holding a few records at his high school in Sedalia, Todd stopped running after a bad race his senior year in 1983.

“I didn’t perform well that day,” Todd says, remembering. “It took me out of contention for winning regionals when I was expected to win state. So, when that event occurred, I quit running.”

It wasn’t until 31 years later, in 2014, that Todd was convinced by a friend from high school to give the sport another try. Registering for a half-marathon, Todd trained to catch up to his old track friends who had never stopped running. After a year of getting back in shape, Todd was challenged by another friend to run every day.

“I said, ‘You’re not supposed to do that,’” Todd recounts. “‘You’re supposed to take a break.’ And he said, ‘It doesn’t matter. We’ve got a lot of people here in Columbia that run every day.’”

That was all it took to persuade Todd. On March 8, 2015, he started his running streak. He hasn’t missed a day since.

Todd’s wife and two kids, along with most who know him, understand that Todd is unavailable during the time he runs every day. He has a running community that supports his goals as well, built by his time on Columbia’s trail system. “I see people on the trail,” he says. “Not every day, but many days a week. I don’t really know them by name, but we know each other. It’s an interesting community.”

Committing to run without fail has not come without complications. Todd has had his fair share of injuries, including a torn meniscus and a completely severed muscle in his calf, and he has gone to the same massage therapist so much that the therapist’s wife knows Todd by the sound of his voice every time he calls.

“There’s a lot of studies that say when people exercise to excess, their life expectancy is no different than a heavy drinker or smoker,” Todd says. “You can exercise too much to where it’s actually not healthy. I’m probably close to that. But I did nothing for 31 years, so I have some years to make up.”

Still, Todd keeps running. In the past five years, Todd has run 24 half-marathons and 16 marathons, including the past four Boston marathons. Despite his three-decade-long running hiatus, Todd can still run a mile in 5:45. But when it comes to competition, Todd’s only competitor is himself.

“As long as I perform as long as I can on any given day, that’s all I care about,” Todd says. “I want everybody else to do as well as they can do, too.”

Ultimately, the push for himself to grow is what has kept him running after all these years.

“If I fail, it’s my fault,” Todd explains. “If I succeed, it’s to my credit. Where so many other things in life are dependent upon other people and what they do, sports give you an opportunity to be as good as you can be at something.”