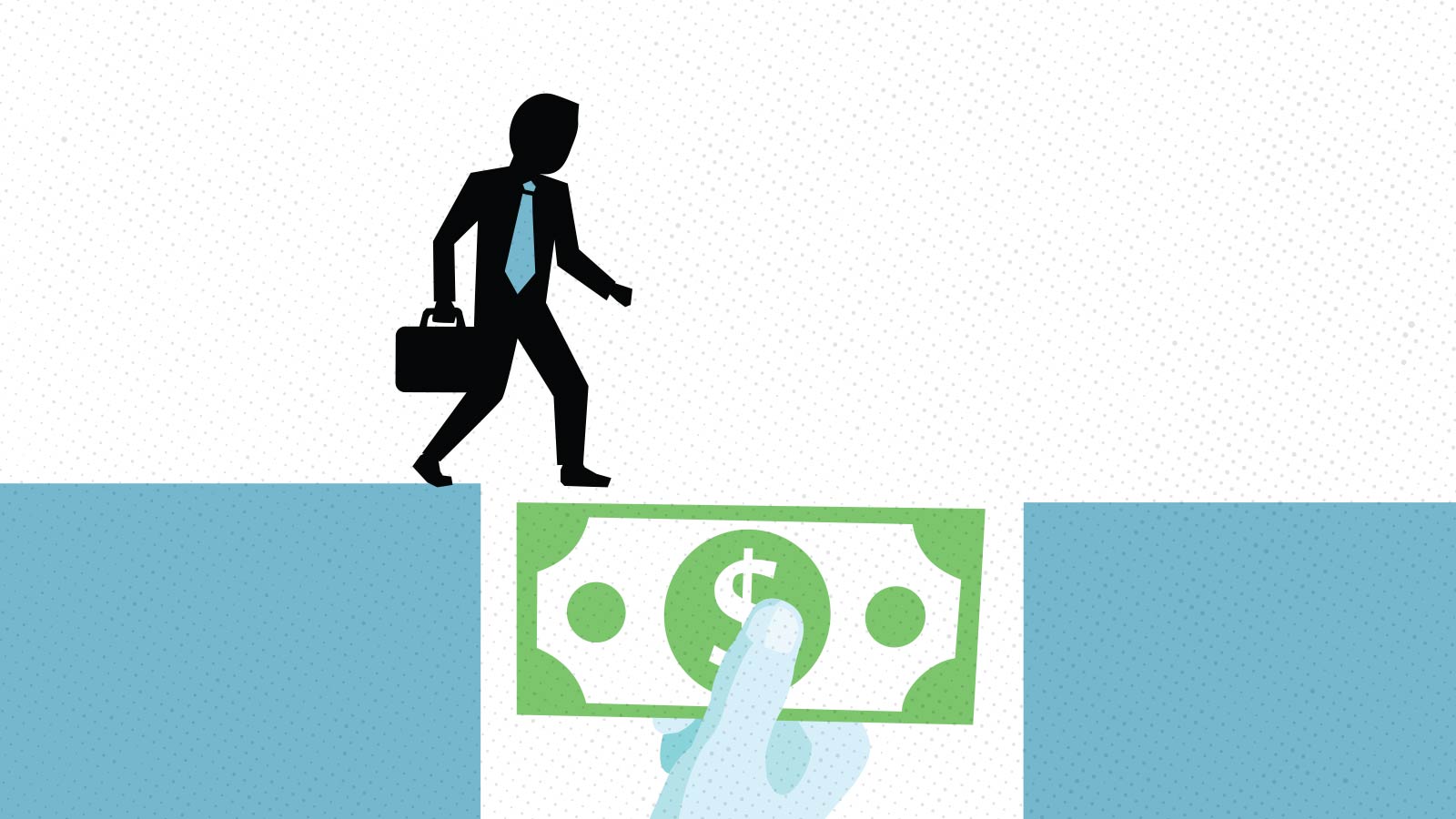 “The U.S. Treasury and Small Business Administration Paycheck Protection Program was a flurry of activity from the day the CARES Act was passed,” says Mark Claypole, of The Bank of Missouri. “Normally, SBA loans across the bank’s footprint [32 branches in 22 Missouri cities at the time the CARES Act was passed, but now 36 branches in 25 Missouri cities] are handled by our dedicated team of four SBA lenders, six support staffers, and a manager. With the tremendous need from the small businesses in all of the communities we serve, it was all hands on deck, so everyone in the bank’s entire lending department — which is approximately 150 loan officers, loan assistants, compliance and operations staff — and a large portion of our retail department was involved in some way with processing, reviewing, submitting, approving, and disbursing PPP loans to small businesses.”

All that’s to say — the PPP was quite an operation.

Mark works as the SBA sales coordinator, managing internal and external business development for The Bank of Missouri’s dedicated SBA department. “I specifically worked on getting loans processed as quickly as possible, while providing as much information to answering questions for our customers and community resource partners about the program and the changes made along the way,” he says.

Eric Morrison, Mid-Missouri region president of Providence Bank, shares a similar experience in working with the PPP loans. “The program as a whole proved to be a very successful way to move a lot of capital into the hands of a lot of small businesses in a short amount of time,” says Eric. “For banks, it was a really tangible way to respond in a time of real economic need in a way that otherwise wouldn’t have been possible.”

“As a team, it was a real rallying cry for our whole commercial bank team,” says Eric. It was a lot of calls and a lot of odd hours and remote working situations we hadn’t seen before. It’s been satisfying to see how everyone really tackled their duties head on and came together for our client base.”

Mark adds that ever-changing rules are normal in SBA lending, but generally these changes are minor tweaks to existing rules. The hardest thing about the PPP loans was the broadly written initial rules; they were written so broadly, in fact, that it left several gray areas initially unanswered. “This understandably caused confusion and frustration for everyone involved, without much clarity until additional guidance was issued,” says Mark.

“Certainly at the beginning of anything that large in scale, there are going to be differences in the way you think it will work and how it actually does work once rolled out. For a program of this magnitude, that certainly magnified,” says Eric. He says those uncertainties generally worked themselves out, and during the time of confusion, there was also quick feedback from the SBA and treasury.

“There was so much demand that it was difficult to manage the pipeline of what was coming in to start with, and we knew the initial funding was likely to not be sufficient, which created even more demand for that first group of funding,” says Eric.

Many organizations who applied for the loan noticed a gap in funding. “The initial funding for the program ran out in 13 days,” says Mark. “It took another act of Congress to get additional funding appropriated to reopen the program after an 11-day gap. The demand initially for the second round was high as well, but the second round of funding did not run out by the time of the initial application deadline of June 30 or the extended deadline of August 8.”

“The Bank of Missouri has partnered with Sageworks to provide software to help borrowers calculate and submit their PPP forgiveness applications,” says Mark. “This was done to help the efficiency for getting the forgiveness request processed as well as for better tracking and communication with the borrowers.

“Sageworks worked directly with the SBA so that their two software programs will communicate seamlessly,” he adds. “The forgiveness applications will still be reviewed by the bank before submitting to SBA, but the software will provide the ability to automatically submit the request to SBA rather than being done manually.”

Mark says a common question he receives from borrowers now that they are in the forgiveness phase of this program is whether the government will run out of money to actually forgive the loans.

“Because the way the CARES Act was written, the funds for any borrowers loans were appropriated at the time of SBA authorization — AKA when your lender got approval from SBA for your PPP loan,” Mark says. “This means they had to specifically set aside the funds at that time, so there is no cause for concern that the government will run out of money to actually forgive your loans.

He adds that it’s important to note that this program was put together by U.S. Treasury Department and Small Business Administration in a week.

“To my knowledge, no other government program has ever been done in that short of a time period and definitely not at that level of funding. At that time, no one could have seen the impact COVID-19 has had on our local economy and the world. The program wasn’t perfect, but it did help a lot of businesses get much needed access to capital very quickly,” says Mark.

“True recovery for our business community will not come as a result of government disaster relief programs. It will come from our business owners that learn to adapt and the continued patronage of local businesses by the citizens of Columbia, Boone County, and surrounding areas,” he adds.

“The PPP loan was a great COVID-19 relief opportunity for many businesses. The clients who successfully accessed the loan were able to weather the financial storm a bit better, at least temporarily,” says Jessie Yankee, director of the Missouri Women’s Business Center, a program of Central Missouri Community Action.

MoWBC, just like the PPP loans, is funded by the Small Business Administration. MoWBC serves as a resource partner to the SBA and assisted the community with preparing PPP applications, understanding and communicating the rules and regulations, and working with local banks to educate businesses.

“The communication process was messy, and getting timely, accurate data to as many businesses as possible was a challenge,” Jessie says. “Many of our clients are sole proprietors, and there was a lot of confusion about whether they qualified for the PPP. Many small businesses disqualified themselves without really looking into the opportunity. And the media coverage regarding the PPP, unfortunately, left many businesses fearful of accepting the money due to worry about spending it incorrectly or having to pay it back.”

During the initial rollout, the MoWBC tried to position itself as a trusted partner for as many small businesses as possible.

Jessie adds that many clients were successful in accessing the PPP funds, but she is still hopeful another round will open up.  “I would love it if it were open only to businesses with 10 or fewer employees in a micro-grant format,” she says. “The Missouri Women’s Business Center is still connecting as many businesses as possible to various grant opportunities.”

Columbia PPP Loans by the Numbers

The Bank of Missouri’s Impact on Jobs