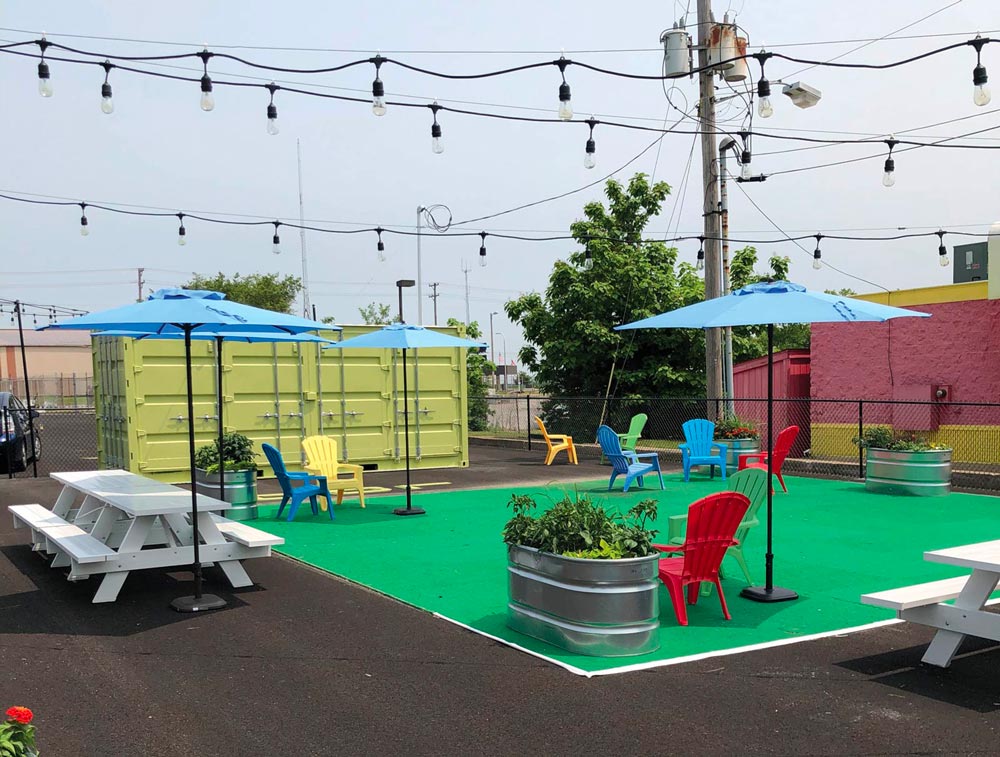 The Community Pop-Up Park, located at 807 Business Loop 70 East, has opened to the public. The lot will be open daily from 9 a.m. to 7 p.m. so people can come for lunch or to meet friends after work. The park also has full amenities for events, including movable furniture, cornhole, giant Jenga, giant dominos, nighttime lighting, and a shipping container that can be used as a stage.

Boone Hospital Center has been named to the Forbes list of America’s Best-in-State Employers. Forbes and Statista selected the winners based on an independent survey of more than 80,000 U.S. employees working for companies employing at least 500 people in their U.S. operations. The surveys were administered using a series of online panels and provide a representative sample of the U.S. workforce.

“Boone Hospital Center has served the Mid-Missouri community for 99 years, and the employees are the heart and soul of our organization. Boone’s over 1,600 teammates live a culture of excellence. We are thrilled to learn that Boone Hospital has been named to Forbes list of America’s Best-in-State Employers. This is a tribute to everyone who works here.”

Columbia College will receive $1.38 million through the TRIO Student Support Services Program to help first-generation and low-income students and students with disabilities earn their degrees. The grant will provide funding for the program at the college for the next five years. This is the fourth time the program has received a grant renewal since its establishment in 2001. The program is designed to encourage eligible day program students to complete their four-year college degree.

DogMaster gin has been named as a top ten gin to try in 2020 by USA Spirits Ratings. To achieve this rating, USA Spirits Ratings judge on a brand’s quality, value for both trade and the consumer, and how the product stands out on the shelf. Distilled from Missouri corn, DogMaster gin has a lightly floral flavor profile with a cucumber finish — a signature taste that landed the brand sixth place.

Thomas Law Offices is pleased to announce its expansion into Missouri and its merger with the Law Office of Mike Campbell. The firm’s fourth office officially opened its doors in Columbia at the beginning of September. Tad Thomas, managing partner of the firm, is excited to continue the firm’s expansion and bring his firm’s client-centered approach to Missouri.

The University of Missouri School of Journalism has received a $3 million gift from an MU alumna to support an endowment to provide scholarships, paid internships, and professional mentoring for journalism students at Missouri Business Alert, a business journalism publication housed in the MU School of Journalism. Dean David Kurpius said this gift will support the school’s critical mission of preparing the world’s best journalists to help citizens understand complex issues and make informed decisions.