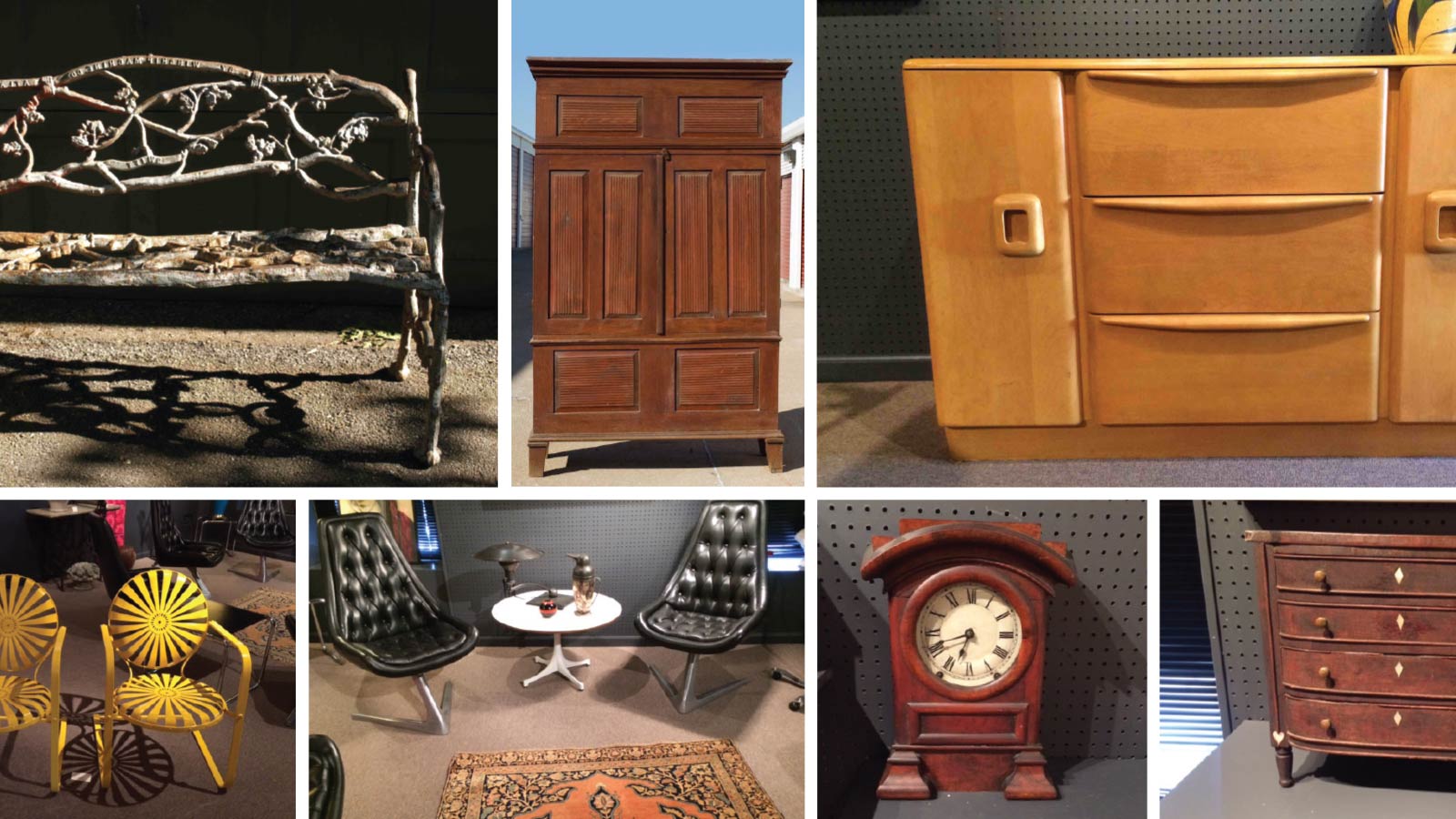 Doug Solliday shares his passion for antiques and the intricacies of running his business.

Sitting on a shelf on the second floor of a small shop on Ninth Street is a miniature chest. Made in 1815 by a cabinetmaker’s apprentice, the handmade chest is both beautiful and a test — a way to measure the skill and inventiveness of the apprentice before they graduate onto larger items. Pieces like this have been collected for more than 100 years, with the original wood finish and pearl inlays still intact.

Doug Solliday, the owner of Doug Solliday Antiques, describes the chest with such admiration that you can almost imagine the apprentice making it, putting his heart and soul into proving his worth on the wood. You are truly transported into another time.

The apprentice’s chest is something special, but Doug says it takes years of experience and knowledge to walk into a room and know what something is worth. “Knowing that something that you‘ve found is in the top 1% of its category is something you only get through holding thousands of similar items,” he explains.

After over 40 years in the antique business, Doug has the experience to know the difference between a good item and a truly great item. However, that wasn’t always the case.

Doug got into antiquing by hanging around an antique store in Minneapolis, where he used to live. He became friends with the unique people there, and after a time, they encouraged him to start buying for resale. “I quit my job,” he says. “I was so excited to find something that I love.”

Antiquing is not an easy business to get into, though. Not only does it take an incredible amount of learning and expertise to be successful, but you also never know when an item is going to be popular. “Categories of antiques go in and out of fashion,” Doug says, “Once something goes out, it’s hard to find customers for it.”

This is why Doug says you shouldn’t just buy what you think will be popular or specialize in a specific item; you should buy what you love. “You enjoy what you’ve chosen,” he says.  “And then when you go to sell, you just trust that the market is going to respond, and then it really often does work.”

The business has also changed over the years. With the shift to the internet, Doug no longer needs his thousand-book library to identify certain items, and the business has gone from being vertical, where sales mostly happened in organized, professional channels, to horizontal, where anyone can sell anything to anyone online. There has also been a shift to 20th-century furniture and objects since the crash of 2008, which means there is now an abundance of earlier antiques without much of a market.

Despite the difficulties and the intricacies of having an antique business, Doug remains as passionate about antiques as he ever was.