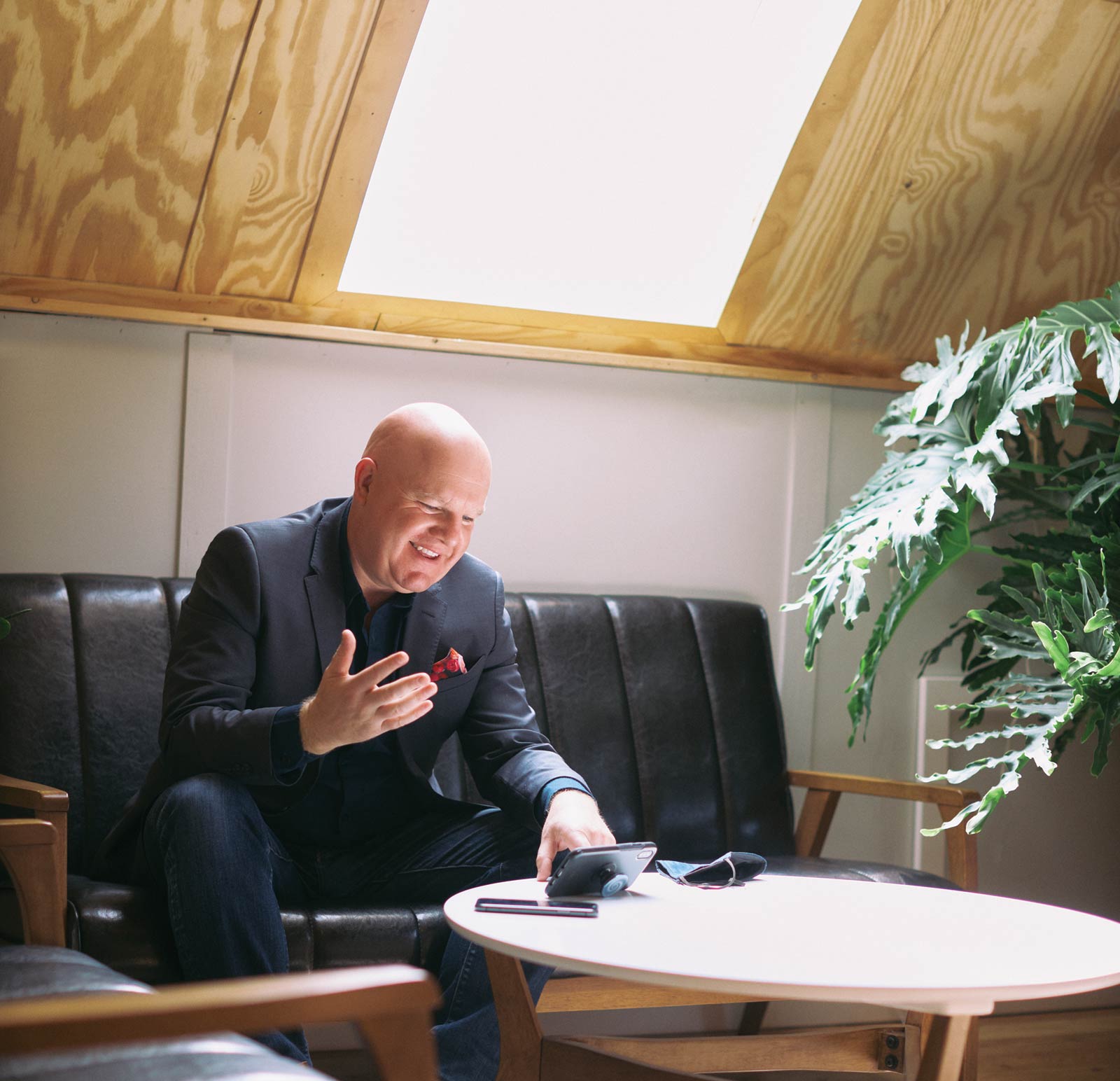 Columbia becomes a home — at least periodically — for executives during the pandemic.

Euan McLeod, vice president of customer experience engineering for HBO Max, has been working remotely in Columbia, spending several hours each day at a collection of coffee shops, where he’s been able to build relationships.

Though the spread of COVID-19 has brought hardship and illness for many, it’s also come with realizations about the benefits of working remotely.

“Maybe we can get the best of both worlds now because people have understood that it is feasible, and, in some cases, more productive to work from home,” Euan says.

Euan, originally from the Highlands of Scotland, moved to the U.S. more than 16 years ago and has had stints with Turner Broadcasting and Amazon before his job at HBO Max.

His children live in the Columbia area, and McLeod has been traveling back and forth to visit them for the last eight years, spending most weekends in Mid-Missouri while working from HBO offices in Burbank, California.

Since the pandemic began its spread, he’s been in Columbia “pretty much nonstop,” he says.

The transition to remote work coincided with the May launch of HBO Max, the new streaming platform from the prestigious television leader.

It might seem like ill-fated timing, but it worked well for Euan’s team of engineers and designers. The collaborative work needed to develop the platform was already finished, and only individual work remained.

“I needed to go into my ‘writer’s cabin,’ and just knock out a list of a hundred things that needed to be done before the launch,” Euan says. “So for me personally, it was actually almost in a way helpful to be away from conversations and those types of [collaborative] moments.”

But Euan, an extrovert, found his much-needed social moments in Columbia’s coffee shop culture. Most mornings, he wakes up early, works from home, and spends the afternoons working in one or two coffee shops like Shortwave and Three Story Coffee. He says he tries to switch it up so as not to overstay his welcome.

He’s built relationships with other creatives and investors around town just by striking up conversations mid-latte.

“The pandemic — even though it comes with a lot of stress and hardship and health concerns for a lot of people — in a way it’s actually helped me integrate with the local community and local business community, which has been really cool for me,” Euan says.

When it’s time to make a confidential phone call, he goes for walks, sometimes for hours at a time. Being in nature was something he never really appreciated in the past, Euan explains.

Now, his team has returned to creating new features and products, a task made more challenging without those moments of human connection and collaboration that occur more easily when the team is together in the office.

“The main challenge is just that you lose the human connection,” Euan says. He hopes to eventually strike a balance in the future in which he can gather with his team for creation and ideation, and then retreat for individual work.

For now, HBO employees are working from home through the end of the year, a spokesperson says, and Euan plans to stay in Columbia for that time, with more visits to Three Story Coffee and his other haunts.

“I think this is going to be around for a while, and I’m quite looking forward to spending more time with my kids and enjoying Columbia,” he says.

Attracting Those Tired of The Hustle

While Euan has made Columbia his remote-work home because of personal circumstances, others are choosing Columbia for professional reasons. Companies like Paytient are using Columbia’s quality of life to draw workers from major metros. CEO Brian Whorley says about half of Paytient’s employees were working remotely before the pandemic; it’s now almost 100%, and he’s trying to recruit more workers to relocate to Columbia, even if on a trial basis.

It worked on Darius Chehrzad, a Paytient executive who relocated from New York City and spends about half his time in Columbia.

“The idea of a city in the middle of Missouri — I think when Brian first told me about it, I was like, Hmm. My initial reaction was, ‘I don’t know about that,'” Darius says.

But after visiting, Darius says he didn’t have to give up the things that were important to him. But leaving the grind of the daily New York City commute and the lifestyle of working until 10 p.m. was pretty easy.

“In exchange for giving up very little, I got a lot of things that I do care about, and I do want, and in a place like New York or a place like L.A., they’re harder — like having affordable places to live, or really easy access to the outdoors,” he says.

Brian hopes the mobility of remote work spurs more professionals to choose first where they live, and then where they work — and he hopes Columbia gets a hard look for its low cost of living, safety, and space.

“A lot of people are trying to find ways to take advantage of this newfound flexibility, and so, in my mind, somewhere like Columbia is a phenomenal place for people to land,” Darius says. “To the extent I can spread the gospel, I do my best.”

Need to get out of the house?

Find a table at one of these coffee shops.