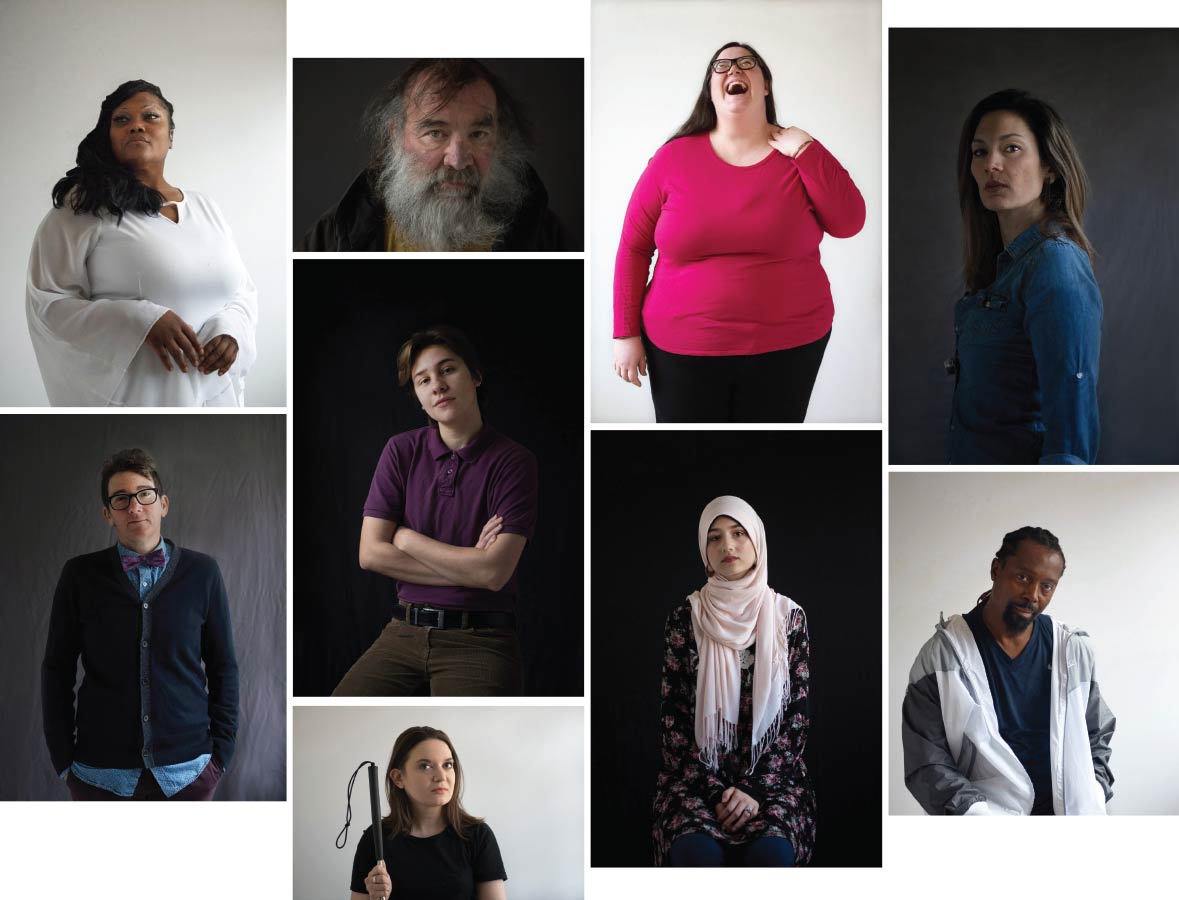 The WE Project gives Columbia’s marginalized community a chance to speak up.

With the rise of extremism and violence following the 2016 election, Valérie Berta decided enough was enough. It was time for action, time to give the marginalized communities within Columbia a chance to be seen and heard. She would fight discrimination the best way she knew how — by picking up her camera.

“I thought, what can I do to help?” Valérie explains. “And I thought, well, what do I know how to do best? I’m a photographer, and I know how to take pictures. So, let’s try to use that as a tool to fight back.’”

Thus, The WE Project was born, a project stemming from Valérie’s effort to shed light on diversity in Columbia and encourage radical inclusion. An online gallery and social media account, the project showcases a series of portraits of local residents who are marginalized due to race, sexual orientation, disability, and more.

However, the project is more than a collage of faces. Behind every photo is a story.

The WE Project not only gives participants a chance to be seen, but it also gives them a platform to speak up. Each participant has the chance to tell their own story in their own voice through whatever means they can best express themselves. Whether they present a one-line quote, write an essay, share poetry or artwork, speak through a video, or share song lyrics, the way they articulate their story is entirely up to them.

“That’s all I encourage people to do — to give their voice in their words and tell me their story is authentic,” Valérie says. “It’s important. And that’s the point of the project, right? To put their story out there and help in any way I can to broadcast their message.”

The result is an inspiring compilation of diverse stories from a diverse collection of sources, ranging from members of the LGBTQ+ community to refugees to people experiencing homelessness. The combined messages support The WE Project’s mission — to represent “a world of radical inclusion and equitable representation.”

Perhaps the most powerful impact of the project is how it connects people, allowing them to relate to and become increasingly aware of the reality that many marginalized people have to live with every day.

Valérie saw the effect in real life after hearing that a woman in a grocery store approached one of the participants after recognizing her froWm The WE Project’s social media. The woman started crying and told the participant that her courage to share her story had touched her. To Valérie, this was exactly the reaction she needed to know that her work was having an influence.

Valérie has felt the power of the project herself. “For me, the impact has been personal in a way that’s kind of like teaching,” she says. “You learn just as much from them as they do from you. Through their interaction with me and by just being human, they’ve impacted me.”

For Valérie, the purpose of The WE Project should expand past the screen. In the future, she wants to host participants at her home for structured discussions designed to foster intersectional dialogue. At these community-oriented meetings, the participants will get to discuss their stories and the personal statements they’ve made, creating an atmosphere of open conversation and learning.

The social activism work of The WE Project is ongoing and will continue as long as discrimination and racism are present, Valérie says. Diversity needs to be acknowledged and celebrated, and that is the source of Valérie’s passion.

“There is no other way for me to be in the world than to be human and to care,” she says. “You don’t take anything else away when you die but the results of your actions and your words.”