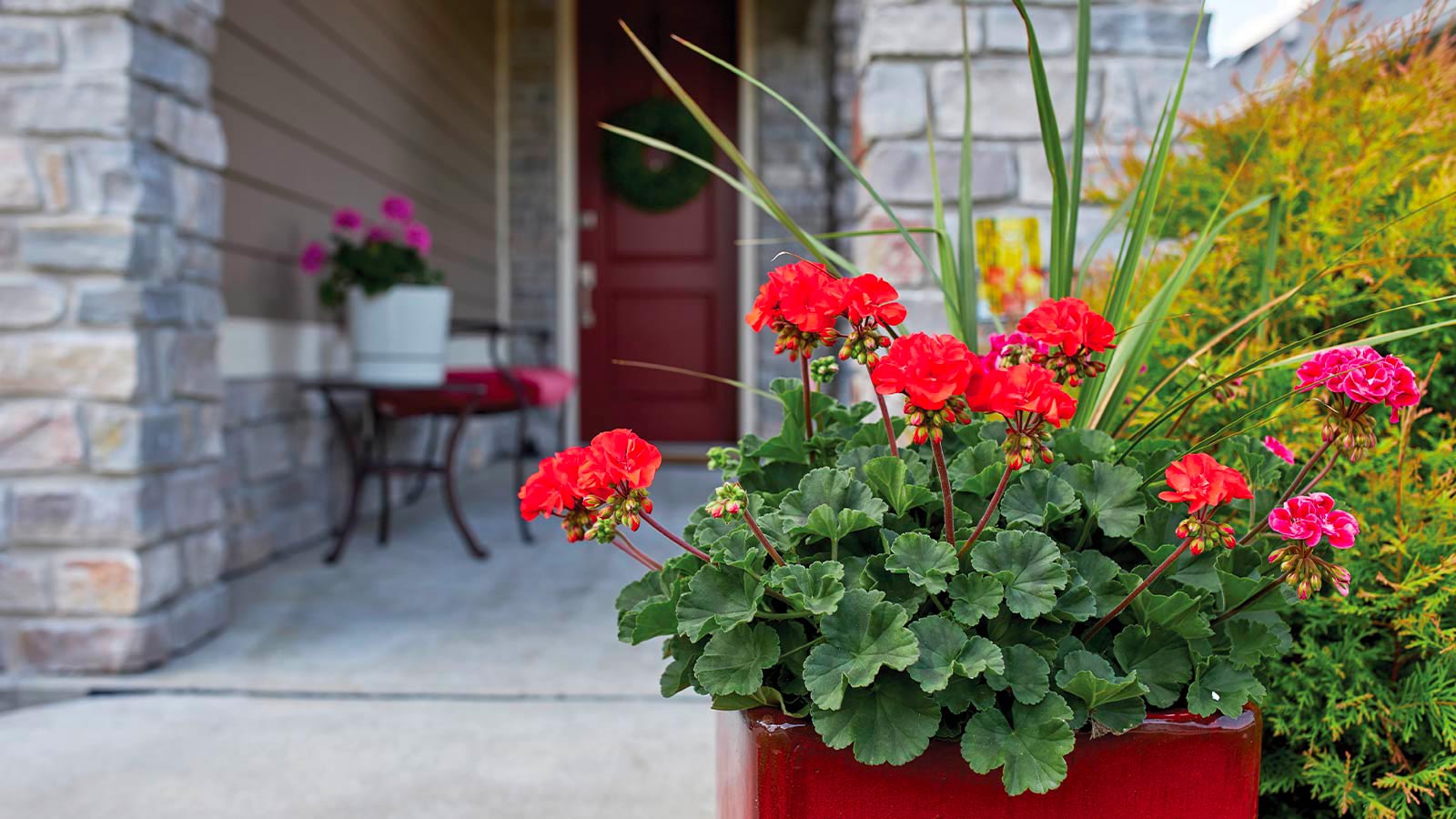 Making home in the inclusive community at Linkside.

According to Wayne McCoy, living at Linkside by Old Hawthorne is akin to driving a luxury car — minus the price gouging. “I relate it to a new Corvette,” Wayne says. “You buy a new Corvette. It’s $60k for a tremendous well-developed machine. To get anything comparable, you’re going to be well over $100k in the foreign market. I think Linkside is comparable; it’s a Corvette price at the Lamborghini level.”

You can trust Wayne’s judgment here — he knows his way around cars and around houses too. He’s moved more than 30 times in the last four decades, bouncing around from homes that he would build, live in for a bit, then sell. His background in construction, melded with his love for fixing up classic cars, led him to bump into Linkside developer Bob Hurdle, who just happens to share the same passions. “I met him at a Corvette event — both of us like Corvettes, and we had a conversation,” Wayne says. “I’d see him in Kansas City, or Arizona, or Florida at another auction.”

So when Wayne and his wife, Mary, were ready for their next move, he reached out to his fellow car enthusiast. “We talked to Bob and negotiated on what we wanted, plus he had some rental garages there, so I took a three-car rental garage, gutted it, and added air conditioning and heat — everything for my fun time with cars,” he says. In August of 2019, the couple officially began to call Linkside home.

The McCoys chose to purchase a “veranda” home, a single-family detached property, instead of a “villa,” which is, in essence, a condo. Whether it’s a villa or veranda, each home is constructed to provide an easily accessible floor plan that can carry its owners happily from one phase of life to the next. Each home has two to three bedrooms, large closets, kitchens, and living spaces, all of which are customizable to each tenant’s personal taste.

Each Linkside home is constructed to provide its owners with seamless transitions from room-to-room and through each stage of life. Whether it’s the zero-entry showers, wide hallways, or open, bright kitchens, the expertly-crafted elements work together to create a welcoming, comfortable space well suited for every Linkside lifestyle.

The community itself is filled with individuals in a variety of different phases of life. “People get the wrong idea that it’s like an old folks’ home, but it’s not,” Wayne says. “It’s an inclusive neighborhood. They list the neighborhood as over 55, but they’ve eliminated the word ‘retired’ because I think about one-third of all the tenants at Linkside are still employed.”

Ultimately, he says, the community is what you make it. “I think the big thing is that people can decide that it’s a retirement community with folks with walkers and canes, but it’s conducive to others, too,” he adds. “My next-door neighbors, the husband is 70 and the wife turned 55. So we always joke that she’s now legal to be there! All kinds of ages and backgrounds [live here].”

If full-time employment isn’t what’s keeping tenants occupied, they’re likely using one of the many amenities included within the community. A concierge service is available at the clubhouse, which also boasts a dining room and activity center. The clubhouse is open to use anytime and has flat-screen TV, pool table, fireplace, and meeting room. And, of course, the well-manicured 18-hole golf course is a beloved attraction.

Though the move to Linkside was a downsize in terms of total property size, Wayne says it has afforded him plenty of space. “We went ahead and glassed-in our veranda, so it gives us a place for our exercise bike and some furniture,” Wayne says. This space serves as a playroom for their grandson, too. “We also have a Thomas the Train track [on the veranda]. In the old house, we had a whole garage bay of Thomas the Train.”

Though the garage is no longer a train station, it is still Wayne’s personal play space. In addition to the purchase of his home, he’s rented out a three-car garage space on the property where he can continue his mechanical hobby. “The only thing I gave up is that I had a six-car garage [at our previous home], and here I have a two-car garage on-site, and two blocks away I have a three-car [garage].”

Before moving in, the quality of construction was what most attracted them to the property. But as soon as they arrived, they discovered another perk of the neighborhood: the neighbors. “On a daily basis, you have neighbors offering [to help] if you need something,” Wayne says. “We have a 91-plus-year-old neighbor across the street. She was the first resident there, and she’s like 4 foot 4 — a very petite lady. Our moving truck pulls up, and she says, ‘You guys need any help unloading?’”

Even the COVID-19 pandemic, Wayne says, couldn’t hinder the neighborly feel. “During [the early stages of the pandemic], we would have neighborhood gatherings around a traffic circle here,” he says. “We would sit six feet apart. It was a bring-your-own beverage and bring-your-own snacks. I took my ruler and we measured six feet apart — of course, that was a novelty thing, to joke about that. One time, everybody in the neighborhood was there except for two people who were out of town.”

In a time when we all feel far apart, this community has shown that it’s possible to stay close together — from a safe distance, of course. “There are people of different ages, and we all get along real well,” Wayne says. “We have people from Florida, from Texas, from all over. Different walks of life, different political affiliations, but we’re neighbors. We had a neighbor who had back surgery on Monday, and I think by Tuesday when she got home, she probably had four or five phone calls from neighbors seeing if she needed anything. It’s a caring community.”