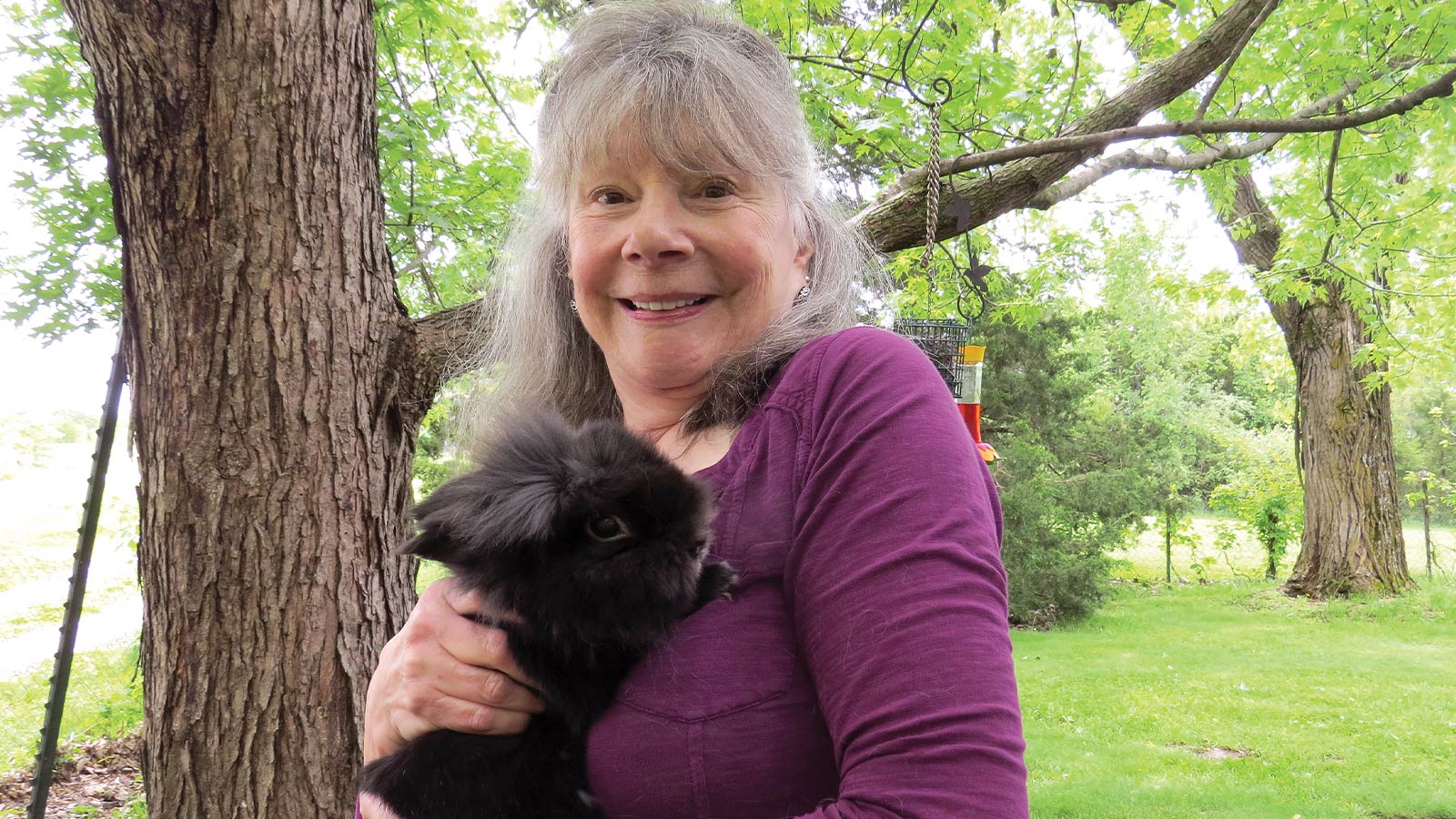 For one local woman, pet rabbits have become essential companions over the years.

The quarantine is lifted in Columbia, but some people are still staying home to stave off possible virus infection. Such isolation can lead to loneliness, and that is when people often turn to their pets for comfort. However, while most people turn to a dog or a cat, Margaret “Peg” Schrader turns to her rabbits for companionship.

Peg has kept rabbits since long before the virus quarantine started. She started collecting rabbits with her husband, Julius Schrader, 30 years ago. Her collection started with four Flemish Giants that her husband retrieved from a research lab. The lab said the rabbits would either be adopted or euthanized. Peg made sure they were adopted.

During her years with rabbits, Peg has gotten to know their unique personalities and stories. She recalls: “I had a little baby wild rabbit, and he was hopping around in the cage overnight, and he broke his back and became paralyzed. I took him to the vet, and of course, they couldn’t do anything for him, but he was so vivacious and I didn’t want to put him down, so my husband and I took care of him.

“This rabbit was an indominable rabbit,” Peg fondly remembers. “I called him FDR. My husband really got attached to them. He did a lot of the caregiving while I was working.”

When Julius passed away in 2000, Peg found even more importance in her rabbits. To cope with his death and the loneliness of living alone, Peg collected rabbits until she reached 17 total.

“It was after my husband passed away that I gathered so many rabbits,” she explains. “[The rabbits] gave me a purpose and a reason to get up in the morning. I had something to take care of. I think it gave me a diversion because I needed to do things for them. And they’re also good companion pets.”

Peg is making plans to grow her collection again, but presently, she has reduced her collection to four rabbits. This collection includes a black Netherland dwarf rabbit crossed with a lionhead rabbit named Fuzzy, a golden lionhead named Doc, and two red and white New Zealand sisters named Ruby and Maggy Rae. However, even with a smaller collection, Peg loves rabbits and passionately cares for them.

“I have four rabbits now, but [they help] give me a schedule,” she says. “I take care of them in the morning, clean cages, feed them, water them, pet them, and then the same thing in the evening. I have them, in the evening, hopping around the kitchen so they get exercise.”

She believes people should consider rabbits because of the wonderful companionship her own rabbits give her. Peg says, “They’re just very good companion pets, and in times like this, when you can’t get out to friends, it’s really neat to have them around.”