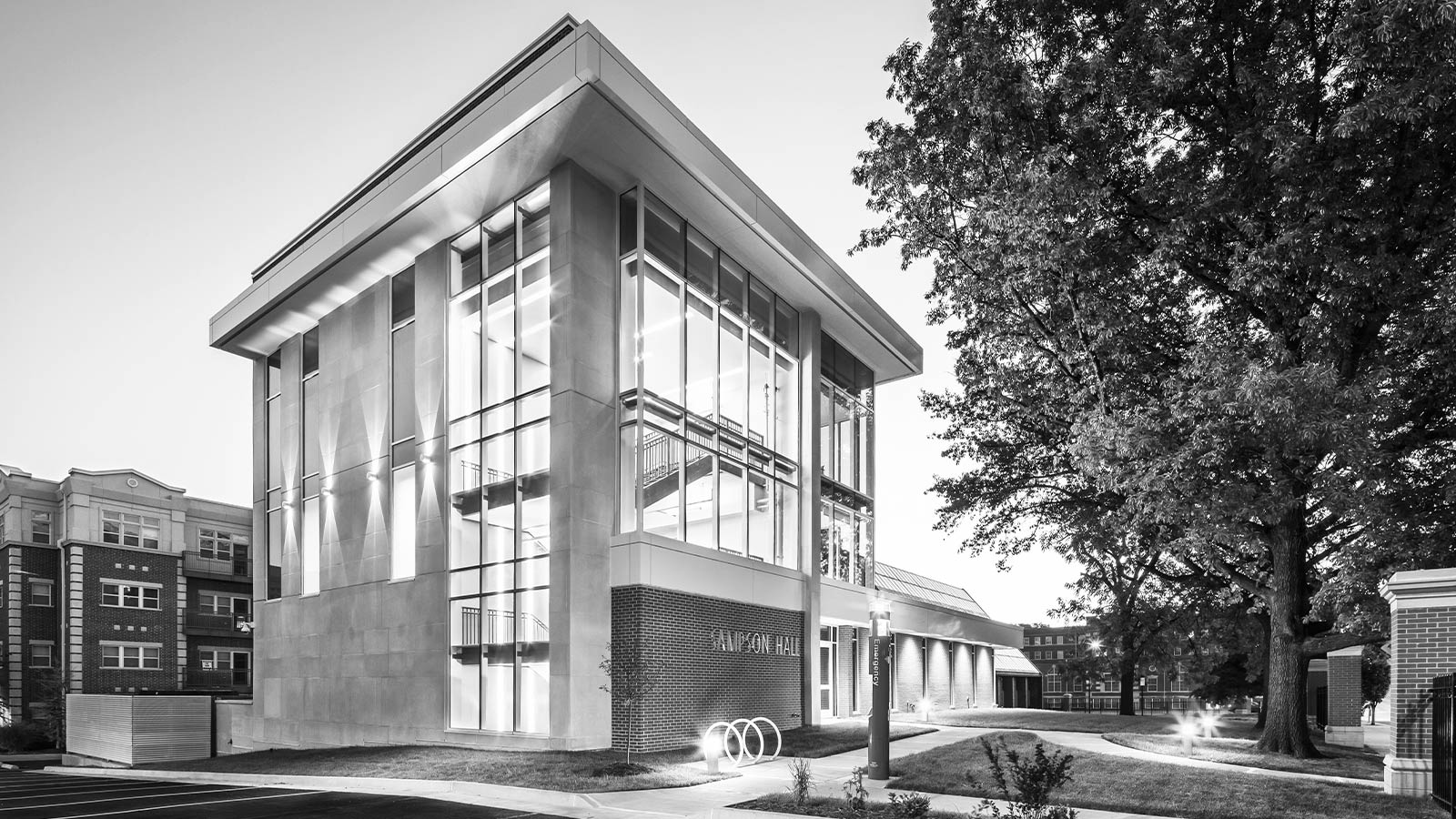 Stephens College and Boone Hospital Center form a partnership to pioneer a new course in nursing.

As we fight the Covid-19 pandemic, we do so with a major nursing shortage nationwide. In Mid-Missouri, at least, the shortage is a multi-pronged problem that neighbors Stephens College and Boone Hospital Center have teamed up to solve. Together, they are launching an “immersive” nursing program to combat the shortage.

It all started in February 2018, when Stephens College President Dr. Dianne Lynch visited Boone Hospital Center President Jim Sinek with the idea to collaborate on a nursing program.

“On that historic Monday morning, Dr. Dianne Lynch came into my office, I think it was about 7:30 a.m.,” Jim recalls. “She said, ‘We ought to come together and partner on a new nursing program in Columbia.’ And if you’ve ever seen Dr. Lynch revved up on an idea, full of energy, and always with a positive attitude, it is quite a sight to behold! My response was pretty short and sweet, given the strong and successful partnership Boone has had with Stephens. I said ‘Let’s do it.’”

Jim says it took about a year to receive approval for the program from the board of BJC Health Care, Boone Hospital’s parent company at the time, as well as the Boone Hospital Center Trustees and the Stephens College board. The Missouri State Board of Nursing approved the program in November 2019, and the program now awaits accreditation from the Higher Learning Commission. That accreditation is expected by June of this year, at which time Stephens will begin accepting applications to the program, with the first class of nursing students entering the program this fall.

During this process, Dr. Noreen Houck came on in July 2019 as the founding director of the Stephens nursing program and was tasked with writing the curriculum.
“From my point of view, coming in to write the program was the real opportunity — to ask, ‘Where is health care today?’ and design a program that fits the current reality,” Noreen says.

Noreen moved to Missouri from upstate New York, where she grew up around Syracuse. Previously, she served as chair of the nursing program at State University of New York College at Plattsburgh from 2004 to 2019.

“Stephens College is really growing its health sciences programs,” she says, pointing to Stephens’ Master of Physician Assistant program that was launched two years ago and has been very successful. “We’re really adjusting for where students are today and what they’re looking for, and we’re making sure they’re getting a rock-solid education that generates graduates who are ready for today’s world.”

One part of the nursing shortage is the lack of capacity at local nursing schools. “We knew that we had a nursing shortage,” says Jim. “We knew that the nursing schools in Mid-Missouri, including University of Missouri, Moberly Area Community College, Columbia College, Central Methodist, and Lincoln University all collectively turn away a significant number of qualified applicants because they just don’t have enough seats; they just don’t have the capacity in their current programs.”

“University of Missouri nursing school turns away about 100 qualified applicants a year, and the other nursing schools collectively turn away about the same number. We felt this was an opportunity for two organizations to come together to alleviate the nursing shortage here in Mid-Missouri,” Jim says.

The Stephens nursing program is unique in a few ways. First of all, it’s an accelerated three-year bachelor’s degree program, which will pump nurses into the workforce faster than other programs. Also, it is a direct-entry program, meaning students begin nursing coursework their freshman year and are doing clinical classwork by their first summer, which contrasts with other local nursing programs, in which students spend their first two years completing prerequisites and liberal arts and sciences classes before ever having a nursing course. Boone Hospital nurses will have the opportunity to apply for adjunct instructor positions and be clinical faculty on site, allowing students to learn from experienced nurses.

Lastly, the nursing classrooms and simulation lab will be located at Boone Hospital Center. This decision was intentionally made to combat the high turnover rate in the field, with statistics indicating that 35% to 40% of nurses leave the field within their first year due to burnout or a disconnect between expectations and reality.

“[Nurses] are entering the field and finding out it’s not really what they thought it was going to be, and that they’re really not cut out to be a nurse,” Jim explains. “As Dianne and I talked, we really wanted this to be a unique, immersive nursing program where the nursing students are immersed in a hospital setting almost immediately so that while they’re learning the academic side of being a nurse, they’re also getting a very quick and very practical understanding of what it means to be a nurse — in particular, a nurse at Boone Hospital Center.”

“Boone Hospital has a reputation of being a choice employer for nurses,” Noreen says. “The state-of-the-art simulation lab and classrooms for the program will be located in Boone Hospital, and that’s not usual for a lot of programs. It allows for those hand-on experiences, whether they’re real or simulated, right there at the point of care where they’re going to have the most current resources and equipment before they actually provide patient care.”

The simulation lab will recreate a real Boone Hospital nursing unit, with all the equipment a nurse is expected to know how to use and with sophisticated SimMan and SimWoman robots, whose medical conditions can be programmed by instructors so students can respond and react before ever practicing on a real person. Other nursing program students will have access to the simulation lab, but Stephens students will have first priority.

Looking Towards the Unknown

While there is no formal agreement in place that indicates Boone Hospital guarantees jobs or hiring advantages for Stephens nursing grads, Jim says: “If we had the supply, we would hire, at any point in time, 40 to 60 registered nurses to fill our core nursing positions. And I think the University Hospital would probably say the same thing, as well as the VA, not to mention other hospitals across Mid-Missouri. Those core nursing positions [at Boone Hospital] currently are being filled by part-time nursing staff who are working extra shifts and overtime. Or we’re having to contract with outside nursing agencies, which is a very expensive proposition. But sometimes that’s what you have to do if you don’t have enough nurses to recruit into those core nursing positions.

“Patients are being taken care of, we’re filling our shifts,” Jim says. “The problem is that our preference is to have core Boone Hospital Center nurses filling all of those positions and shifts because they know Boone Hospital, they know our culture, they’ve been trained here, they know our policies and procedures. These students will be prime nurse graduates for Boone Hospital. We hope we can employ every single one of them.”
What remains to be seen is if the nursing shortage will increase in light of the Covid-19 pandemic — or if it will act as a call to service, encouraging more people to go into nursing.

“I think we’ve come up with a really exciting and forward-thinking program. Actually, the current situation [with the Covid-19 pandemic] emphasizes the need for the type of program we’ve written,” Noreen says. “We want to create really well-rounded practitioners who have a bigger view of public policy, epidemiology, and public health.”