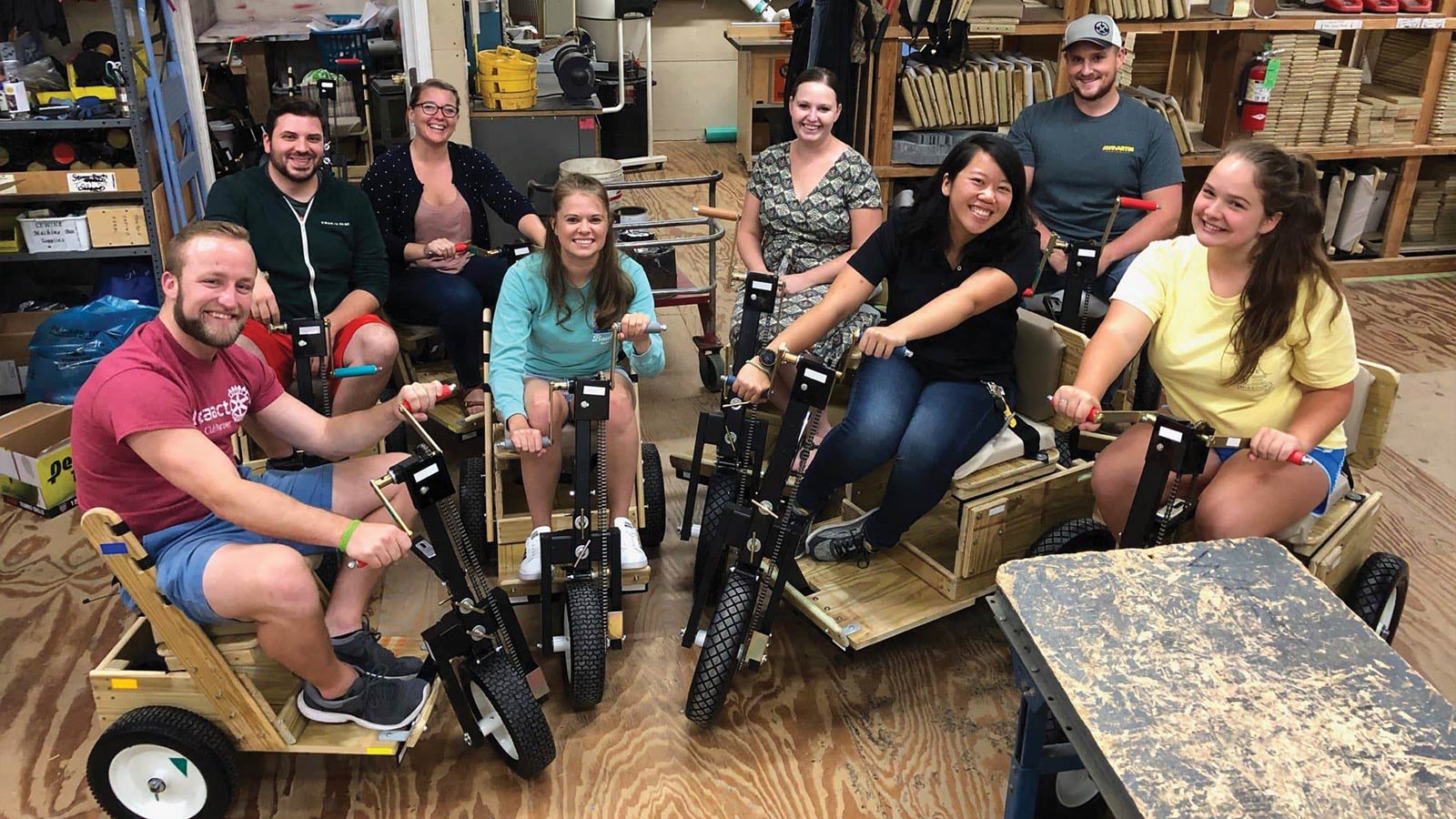 Rotaract brings people together through service and socialization.

Until graduating college, school is typically a person’s primary channel for networking. Although networking looks different at every stage of schooling, from sports teams to university career fairs, there are plenty of chances to meet new people and take on new opportunities.

But what about life after school is over? How do you build a network and stay involved in a community when the only people you see are your co-workers, friends, and family members? In Columbia, the answer is Rotaract.

Rotaract is an offshoot of Rotary International, a service organization with a long-standing history and hundreds of clubs around the world. It was established with a focus on young people in search of connection and service.

Rotaract clubs can be either community or university-based. Columbia’s Rotaract was established by the downtown branch of the Rotary Club of Columbia. “We’re basically young adults trying to get through life and learn more about each other, the community, and looking really to give back,” says Erica Mui, Columbia’s Rotaract president.

Within two years of moving to Columbia, Erica found herself distracted with work and facing loneliness, so she sought out ways to get involved in the community. “I was tired of just taking from the community. I really wanted to contribute,” she says.
So Erica attended an initial meeting for the Rotary Club of Columbia.

“It was just fascinating seeing the amount of order in the club, and also just the engagement,” Erica says. “It reminded me of a lot of the service organizations that I was a part of in college, and it was refreshing to see that.”

While she saw the value in the club, she quickly noticed that the membership was largely made up of retirees or other adults who were already well established in both life and work. That’s when a personal connection stepped in and suggested that Erica visit Rotaract.

Erica went to an outreach event at Logboat Brewing Co. that Rotaract was hosting that same night. “Serendipity, I like to call it,” she says. “I showed up and have been with them for the past three years now.”

As the president of a growing club, Erica finds that many of her day-to-day responsibilities are related not only to networking, but building real relationships — especially with the other board members. Keeping this in mind, she made it a goal for everyone to get to know each other better.

“If we’re going to be doing some good together, it’s better doing it with people you enjoy being around,” she says. “It’s good to be more than just a number. It’s important to have a face behind it, and a heart.”

One for All and All for One

Erica’s generous nature helps her empathize with other newcomers who feel the same way she once did. “We get a lot of people who are new to Columbia, and once they see that we’re a service organization looking to give back and get involved, we usually get people that way,” she says.

When Erica first joined, Rotaract membership was limited to people between the ages of 18 and 30. However, Rotary recently decided that anyone, regardless of age, could join a Rotary or Rotaract club. Erica says this change has helped Rotaract because now members who have enjoyed their time with the group are no longer without a support system upon turning 31.

For Columbia’s Rotaract, the average demographic is “20-somethings” from a variety of industries and walks of life, including graduate students, teachers, financial institution workers, and more. “Our common thread is, really, we want to help the community and build each other,” Erica says.

A Partnership with the Community

“Service above self” is Rotary International’s motto, but Rotaract and Erica have also adopted it.

In the wake of COVID-19, some of Rotaract’s service landscape changed or fell into question. Rotaract’s larger conferences have already been cancelled, but Erica and the board have worked to implement strategies, such as Zoom videoconferencing and online training, that will allow the club to continue running and fulfilling its purpose.
One of the most pressing issues Erica and the Rotaract board members faced was the organization’s major fundraiser: Craft Beer and Carts. This fundraiser, previously held at Logboat, supports Mobility Worldwide, an organization that provides hand-cranked carts to those with disabilities.

Plans for the fundraiser are still up in the air as of this writing, but Rotaract’s consistent support of Mobility Worldwide remains the same. Although Rotaract has partnered with the organization for several years, it was only last year that the fundraiser was revamped and raised over $10,000.

Rotaract also spends time working with the Boys & Girls Club and City of Refuge, and has put plans in motion to participate in Adopt A Family with True North.

Mission Statement: Our mission is to bring high-energy young professionals together in a fun environment to encourage community involvement and professional growth while developing the leadership skills of our members.