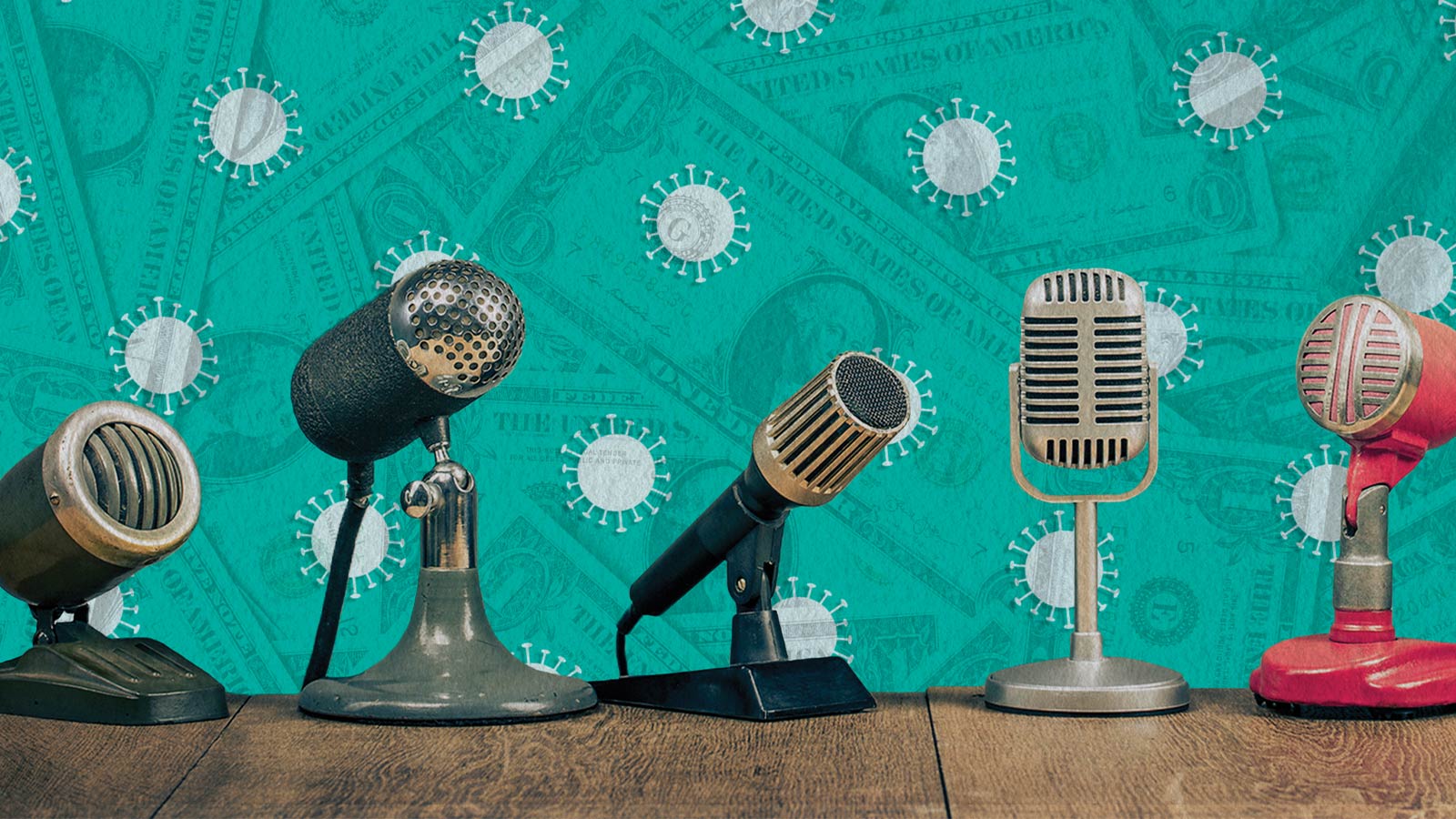 Reflecting on the state government’s initial reaction in mid-March to COVID-19.

It was a walk on eggshells.

On March 12, Governor Mike Parson stepped to a podium in Springfield, Missouri, to announce the state’s second presumptive positive case of the COVID-19 coronavirus, a 20-something individual who had just returned to Greene County from a trip to Austria. His tone was steady and his cadence measured, demonstrating a need to convey urgency without fanning the flames of fear.

“As governor, I have no greater responsibility than to keep all Missourians healthy and safe,” Parson said. “I know there is growing concern across the state and the nation right now, but I want to assure you that we are taking all steps necessary to protect the people of our state.”

COVID-19 put state and local officials under immediate (and virtually unprecedented) pressure. With four dozen positive cases and two fatalities in the state at this writing, the coronavirus pandemic has triggered extensive social media chatter, often blurring the line between fact and fiction about the disease and calling into question the political motivations of the people doing the talking. It also has exposed some unanticipated accountability for the preparedness of the government to manage both the disease and the public’s perception. By the end of February, Missouri House Speaker Elijah Haahr had created the Special Committee on Disease Control and Prevention to gather information on COVID-19.

On the same day Parson made the announcement in Springfield, state lawmakers jumped onto the exploding list of institutions suspending normal operations. Legislative leaders barred non-essential people from their respective legislative chambers and gently suggested that visitors avoid the Capitol entirely. They sent lawmakers home to begin the midterm break a week early. Senators were not to return to Jefferson City until March 30. House leaders declared a “technical session,” to allow budget committee members to keep working on the fiscal year 2021 spending plan.

The full House returned to Jefferson City on March 18, expecting to vote on the next year’s budget. Instead, the floor leader limited the discussion to supplemental spending in the current fiscal year. As a result, House members spent that Wednesday arguing over how much to commit to coronavirus mitigation. The GOP majority capped the figure at $40 million. But not before House Democrats took them to task.

“Missouri is wildly behind in the process of being proactive, of making sure that things are going to be taken care of,” House Minority Leader Crystal Quade had told capitol reporters the week before.

Quade noted the governor’s disaster declaration could free up as much as $180 million from the budget reserve fund for coronavirus mitigation. Parson’s political campaign rival, Democrat State Auditor Nicole Galloway, joined that chorus and called on Parson to suspend fees, fines, and other charges the state imposes on its taxpayers. Kansas City Representative Rory Rowland went further, advocating executive/legislative action to stop the clock on all debt payments, including car loans, credit card charges, and mortgage payments. “That would give people peace of mind. They don’t have to worry about their financial health right now,” Rowland observed.

Like most governors, Parson followed the continually evolving CDC guidelines for getting mass testing underway, and he called on the public to maintain social distancing. He resisted pressure to impose statewide mandates, catching heat for allowing local school boards to make the call on closures and for not closing high-risk businesses. Parson insisted that the rural/urban disparities in Missouri robbed a one-size-fits-all approach to coronavirus mitigation of its value.

Galloway pushed back, focused on the economic fallout. She and other Democrats called for extension of the April 15 income tax filing deadline (which the White House ordered for federal tax returns on March 20). She said Parson should lock in SNAP and TANF benefits for needy Missouri families and relax the rules for collecting unemployment benefits. Galloway also called on Parson to open a COVID-19 command center to stimulate the flow of information to the public, and to coordinate the efforts of public health officials and local first responders.

House Democrats had their own list, addressing medical provider reimbursements, money for nonprofits to feed hungry children, and funds for state workers who might lose time on the job. Their agenda included policy changes, ranging from new mandates on insurance companies to the suspension of new SNAP and Medicaid qualification guidelines to furloughs for non-violent prison inmates.

Despite Jon Carpenter’s assertions, Republicans blasted the minority party for politicizing the pandemic. The suggestion Missouri was running behind rankled House Speaker Elijah Haahr. “I think we’re actually far ahead of where other states are,” Haahr told capitol reporters.

In Washington, as Republicans and Democrats sparred over what should be included in the pandemic response legislation, Missouri’s congressional delegation focused on American dependence on goods from China, particularly medicines.

Senator Josh Hawley cited 150 prescription drugs, including antibiotics, generics, and branded drugs, and said Americans have no market alternatives to Chinese suppliers. Hawley sent a very public letter to FDA Commissioner Stephen Hahn asking for information about plans for potential shortages (followed up by an equally public letter to the Secretary of Health and Human Services about plans to help hospitals running out of supplies and staff capacity).

Hawley also introduced the Medical Supply Chain Security Act, tweeting “If the Coronavirus crisis makes anything clear, it’s that we need to stop relying on China for our critical medical supply chains.” And on the same day as Governor Parson’s Springfield announcement, Hawley grilled private sector witnesses at a hearing of the Senate Committee on Small Business and Entrepreneurship about supply chain problems.

Hawley’s Missouri colleague, Senator Roy Blunt, introduced his own supply chain bill. The Commission on America’s Medical Security Act directs the National Academies of Sciences, Engineering, and Medicine to assess the vulnerability of private and public sector agencies to shortages of critical medications, medical devices, and medical equipment, and to recommend action for domestic production and stockpiles of the same.

“Protecting our nation’s medical supply chain is a public health and national security priority,” Blunt said in a press release. “This bill establishes a commission that will assess weaknesses in the U.S. supply chain and put forward a comprehensive strategy to prevent shortages of vital, life-saving medical supplies.”