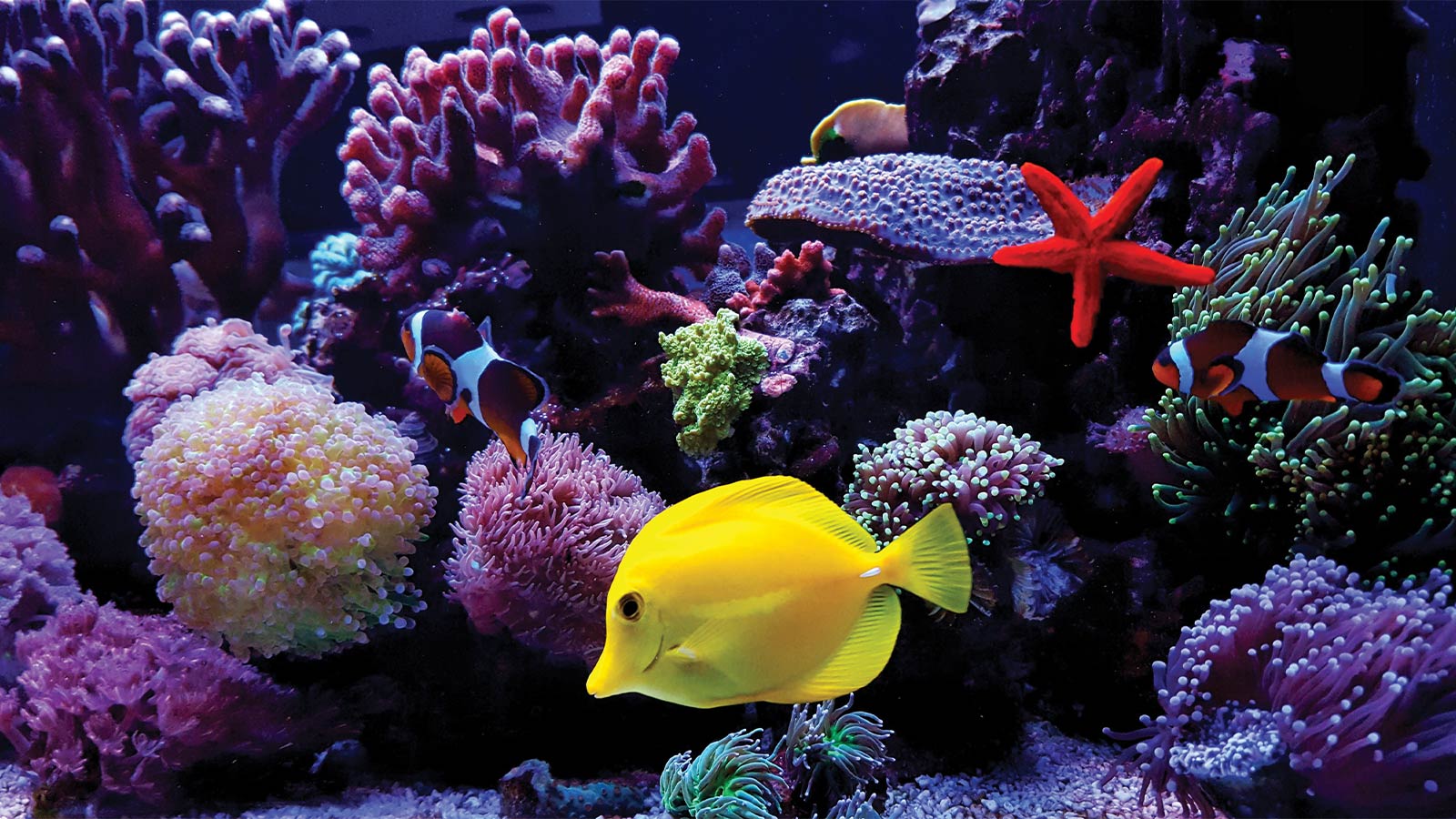 How Kayvon Ashrafzadeh’s carnival prize turned into a lifelong passion.

For Kayvon Ashrafzadeh, owner of the Columbia Pet Center, fish have been a part of life for 36 years. So much so that he’s translated his passion for these aquatic creatures into a career. He talks about fish for hours at work, and then he goes home to tend to his own fish.

Kayvon remembers vividly the moment he got his first fish. When he was 12 years old, he attended a carnival at his elementary school. While playing one of the games, he successfully landed a ping pong ball in a bowl. His prize for winning was a small goldfish in a plastic bag. He brought his new friend home and set up his dad’s old aquarium. “Ultimately, my parents let me dig a pond in my backyard so I could move that goldfish there,” Kayvon remembers.

When he turned 16, he got his first job at a pet store. “This is all I’ve done for a paycheck ever since,” he says.

Decorating the aquariums, or “aquascaping,” is one of Kayvon’s favorite parts of keeping fish. His personal style for decorating is what he describes as “cube of nature.”
“I like my aquariums to look like a cube has been sliced right out of the animal’s environment and put it into my house,” he says. This can mean putting in rocks for his African Rift Lake Cichlids and driftwood plants for his South American fish.

Curating an aquarium to reflect the fish’s natural environment isn’t a necessary task to keep the fish happy. “It’s taking it to the nerdiest level I can, and for no other reason besides that I want to,” Kayvon explains. “These fish are mostly captive-bred — they’ve never seen their native environment. I could give them fluorescent green gravel and purple plants, and I’d assume they’d think it’s natural.”

Much of what aquarists do is the “science of fishkeeping,” Kayvon says. Understanding this science goes beyond the fish. It’s about understanding what their place is in their environment ­— what they eat and what wants to eat them, what depth they prefer, and what types of fish can live with them. Successfully owning fish requires a mastery of these balances.

This science also extends to the fish tank. The pH levels needed for fish vary from species to species. Filtration is also an important element within the fish tank. “The fish are living in what amounts to their own toilet bowl, so it needs its own wastewater management,” Kayvon explains. These filters need to be able to catch solids and break down the waste, and they need to be reliable, so they don’t have to be replaced often.
Aquarists measure their success in several different ways. For Kayvon, he measures his own success by the reproduction of his fish. “If they’re making babies and the babies are growing up, then we feel like we’ve given them everything they need — we’ve mimicked their environment sufficiently,” he explains.

Even after talking about fish all day, Kayvon never gets tired of the subject. He explains: “Fish can enrich the room. This isn’t something that should be a hassle — it should be a passion.”