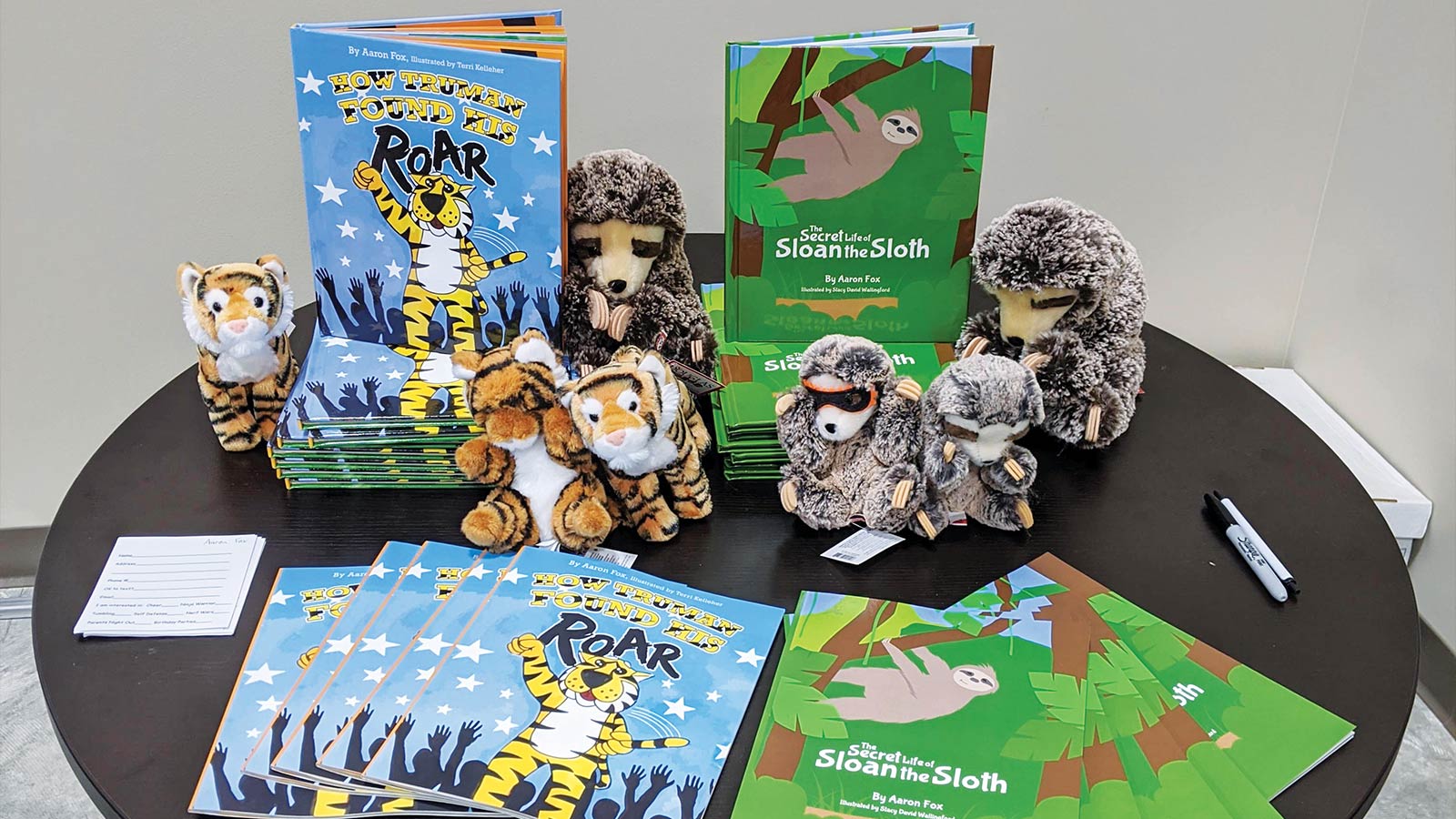 Illustrated by Terri Kelleher and written by Aaron Fox, “How Truman Found His Roar” is a coming-of-age tale about MU’s beloved mascot, Truman the Tiger. The story follows a young Truman who is self-conscious about his inability to muster up a ferocious tiger roar like his parents. Throughout the children’s book, Truman takes the advice of his parents and travels across Missouri in an attempt to find his road. Along his journey, he visits historic landmarks including the St. Louis Zoo, the Gateway Arch, Columbia’s best local bars and restaurants, and even gets lost in Kansas Country.

To Aaron, finding your roar means “finding out what makes you you and gives you confidence to be who you are.” With the book, he hopes that children will be emboldened to find their roar no matter where it may come from.

In the book, Truman found his roar when he went to MU, but Aaron wants his audience to know that “some people find [their roar] before they leave high school, some find it in college, and some people find it later in life,” he says. “Mizzou helped Truman find his roar, but it wasn’t because he went to that college — it was because the community embraced him.” Aaron says that it took writing children’s books for him to finally find a passion that gave him the confidence that Truman found in attending MU.

Aaron and his wife, Kelly, have two young children, and he dedicated the book to his son, Hudson, who he hopes “to raise to be a proud tiger,” and to his father, Ron, who taught him how to be a proud tiger himself. The Tiger legacy is very important to generations of the Fox family, and the love for MU exudes through the black-and-gold-laden illustrations.

The Tiger legacy would not be as rich as it is if it wasn’t for Mizzou sports. In the book, Truman finds his roar when he enters Faurot Field and sees “tigers” like him uproariously cheering for their favorite football team. It’s here that Truman is able to find people who are struggling with the same issues as him and are able to use Mizzou sports as a way to find community.

Mizzou football games are also where Aaron was able to find his community and build lifelong friendships through a shared love of sports and the enduring spirit of a tiger.

The response to “How Truman Found His Roar” has far exceeded Aaron’s expectations. The Mizzou Alumni Association has purchased copies to give to kids in their Tigers in Training program. He even had a book signing in Washington, Missouri, with the Mizzou Alumni Association, and the response was “so great” that he almost ran out of copies before the night was over. It has been extremely well-received among Mizzou fans and even friends and family of Mizzou fans as it offers a well-developed and timely origin story for the beloved mascot.

Aaron has partnered with campus bookstore and Plume Gifts to promote and distribute his work. You can also purchase the book on Amazon. What’s next for Aaron? A sequel to his very first children’s book, “Sloan the Sloth,” which he hopes to be available on October 20 — International Sloth Day.