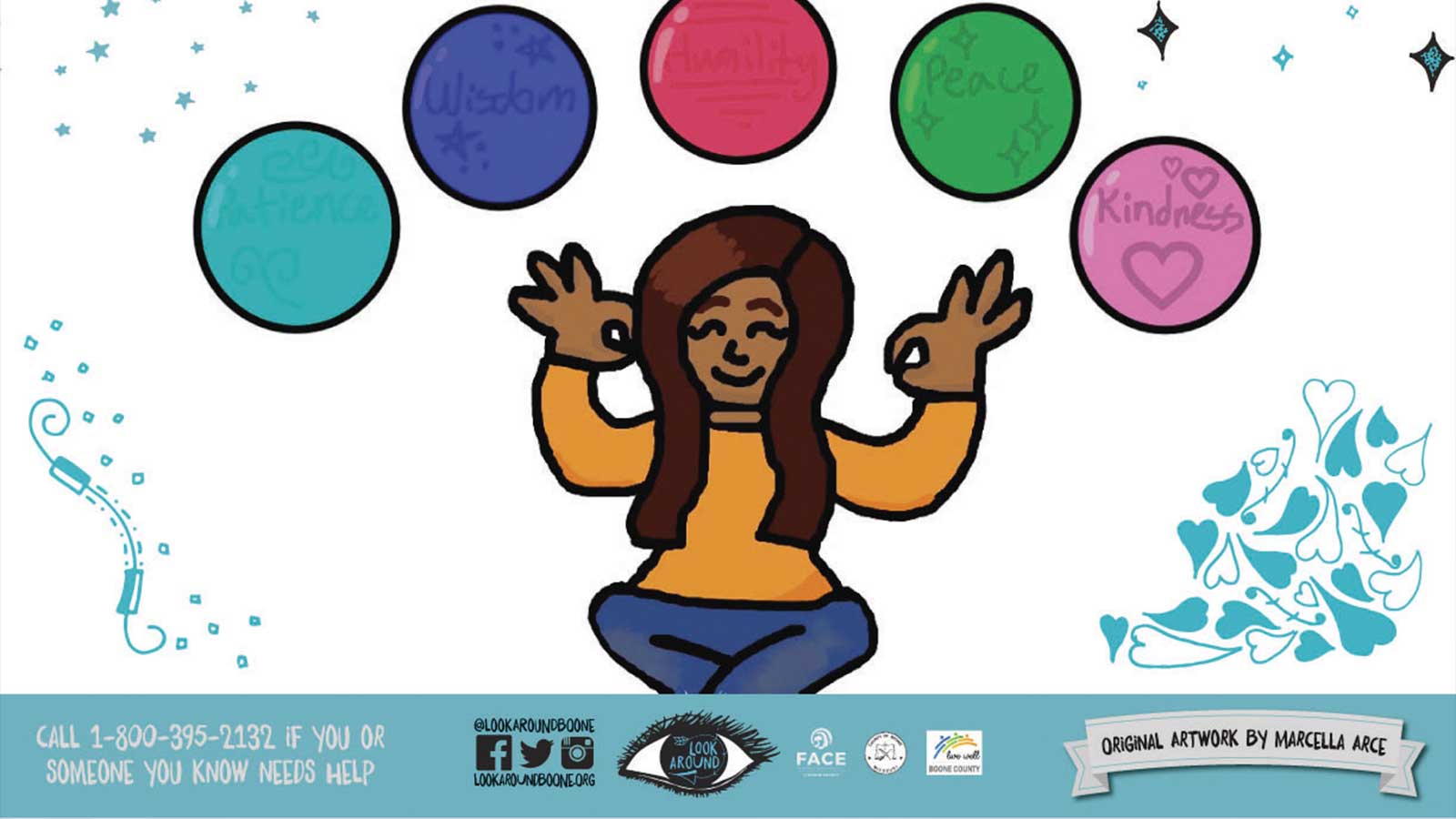 Look Around Boone uses art to engage youth in the conversation on mental health.

The initiative was established by the Columbia/Boone County Public Health and Human Services department in 2017, and in 2018, it transitioned to the Family Access Center of Excellence, commonly known as FACE. Fortunately, the campaign was already widely present in the Boone County school system with a reach of 50,000 people.

“Even though we facilitate the campaign, it doesn’t really belong to FACE,” says Adielle Ehret, executive director of FACE. “We feel like this is a community campaign that we have the honor of facilitating.”

With FACE as the new home, the acclaimed art contest and art show was born and the website was also updated.

This year’s contest has 57 submissions; one is a video and the others span the world of performing and creative arts. “It’s just for us to continue to be creative about how to spread the word about the campaign and have more involvement and energy behind it, and of course, youth are the best for that,” says Adielle.

Students ranging from sixth grade to twelfth can enter the contest with paintings, videos, poetry, and more.

“There’s lots of ways to combat stigma, but having a contest in general helps increase awareness about the campaign,” Adielle says. The more involvement the initiative can get from students, parents, and teachers alike, the better the chances are of having necessary discussions about mental health.

One of the most important aspects of the contest, and the Look Around Boone initiative in general, is that the youth-directed messaging comes from the youth.

“Sometimes, as adults, we feel like we know how to best reach youth, and really, truly, we don’t,” she says.

Along with the numerous art submissions, there will be a resource fair that addresses mental health, basic needs, after-school activities, and more. “For a variety of us to get together and be present and have that supportive presence for anyone that needs help, that day is a wonderful way to put into live practice the mission of Look Around Boone,” Adielle says.

This message rings true as the Look Around Boone website provides links to several resources such as Burrell Behavioral Health, OK2TALK, and plenty more. The effectiveness of FACE’s campaign and awareness-raising has been measured to ensure the work being done has positive results. After surveying 16,639 students in Boone County, it was revealed that the students reported decreased mental health stigma attitudes and increased willingness to seek out help on average from Fall 2018 to spring of the next year.