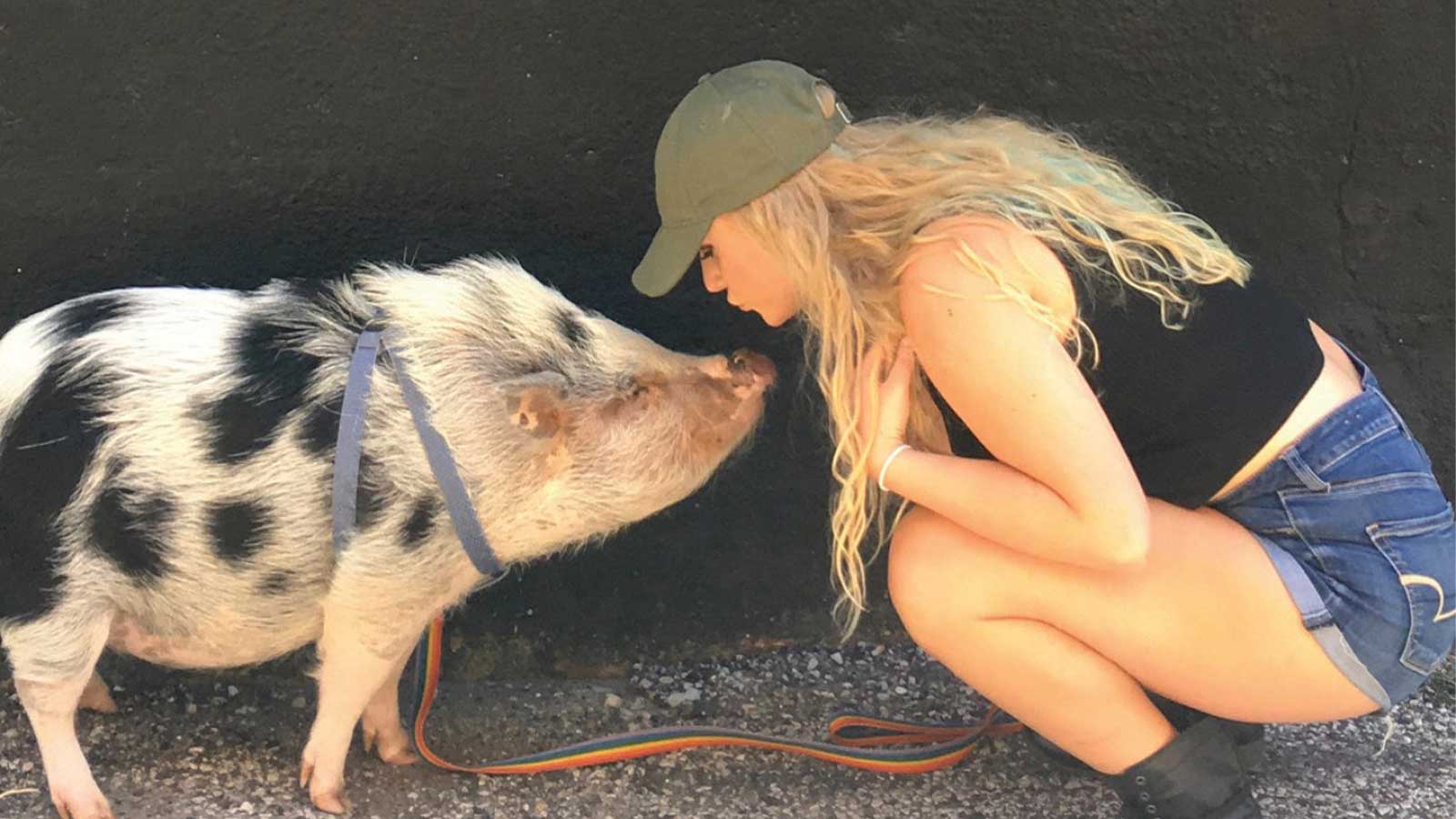 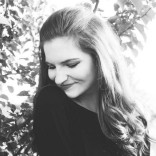 Savannah Davis, a receptionist for Riversong Spa and Salon, is mom to two pet pigs, Pudgie and Polly. Savannah was supposed to go on vacation for her birthday a few years ago, but the trip ended up getting cancelled. Instead of another trip, she begged her mom for a pig, and got Polly (pictured above).

“I’ve had her for three years, and a little bit ago, I saw an ad for pigs at a research center. They were done doing research on the pigs and said they were getting rid of them.” Savannah says there were 20 pigs and she found Pudgie when she went to the research center.

Savannah enjoys bringing her pigs to work and downtown Columbia as well. “Polly is a certified emotional support animal, so she has a card and a vest and everything, so she can go wherever I go. With Pudgie, I always ask if it’s okay, because a lot of people think of pigs as stinky and destructive. They’re not like that all. They’re very calm and have a lot of emotions,” Savannah says.

The pigs are very different from each other. “Polly is very independent; she likes to be outside. She’s outside in this very spacious kennel. Pudgie is the complete opposite; he hates outside,” Savannah explains. “He wants to snuggle with his blankets and stay inside. Pudgie sleeps in our bed most of the time.”

Savannah also has a cat, Bagher. She brought Pudgie home a month after Bagher and says they were automatic best friends.

“I’ve always thought it was because they are the same color; they’re both black and they’re both small, so I don’t know if they really know that they’re different species,” Savannah says.

Pudgie and Bagher act like best friends by sleeping together, eating out of the same bowl, cuddling, and playing together. “Seeing them try to play is interesting because Bagher plays like a kitty, hitting with the paws, and Pudgie just runs around in circles and ends up falling down,” says Savannah.

While Polly may not be best friends with Bagher, she creates her own adventures being the outside piggy. Savannah has a sunroom on the second story of her house, so she decided to make that Polly’s room. She recalls the story of leaving big cans of tan house paint in the room one day and coming home to find a big surprise.

“I came home one day and she was tan!” Savannah recalls. “She had it all over herself, the walls, everything. It was house paint, so it was industrial and she was tan for like a week and a half.”

While Savannah loves her piggies, she doesn’t recommend people own them unless they are seriously committed to being a pig owner.

“People are shocked by how sweet and well behaved they are. It encourages them to want pet pigs,” Savannah says. “Pigs are naturally aggressive; they have to be worked into a gentle environment. When people do know me for a while, they say they want to get a pig and I suggest they probably shouldn’t. You have to be a special person to own pet pigs.”