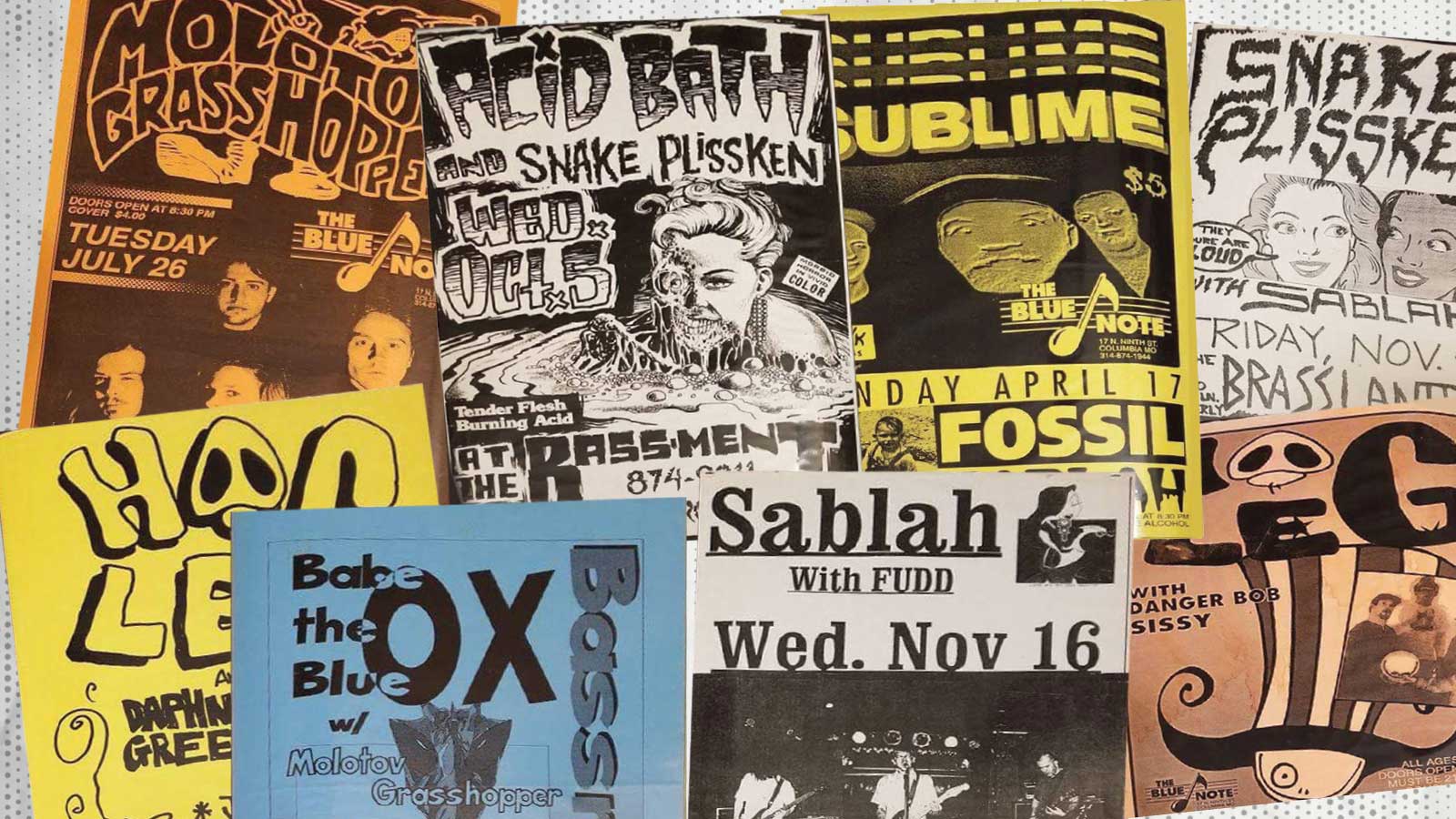 An intimate look at Mid-Missouri’s community-driven music scene through the eyes of Bussen Productions.

Karl Bussen is a former skateboarder and current media producer with his own company, Bussen Productions, who wanted to make a passion project about the Columbia music scene that he loves. Jeff Blumer is a longtime traveler in that scene, serving as lead vocalist of various bands over the years, and wanted an opportunity to learn the tools of the filmmaking trade.

It only made sense, then, that the two would team up on a documentary showcasing the past, present, and future of the Mid-Missouri music scene.

“I’ve learned that there’s a very special thing here in Columbia. It’s very vibrant and there’s music everywhere,” Karl says. “How can we do something that can be very impactful for our community and capture our history, our story? We had the skill set and the tools to do it. It’s a fun thing for us to do, and I think it’s going to be pretty impactful.”

Other college towns have their stories. Athens, Georgia, was the launchpad for acts such as R.E.M. and the B-52s. Austin, Texas, helped unleash indie mainstays such as Spoon and Explosions in the Sky.

Columbia doesn’t have the name recognition of some of its more heralded counterparts, but it has carved its own niche over the years through venues like The Blue Note and festivals like Roots N Blues N BBQ.

And, as Jeff and Karl will both tell you, it’s not hard to find people who have a deep and lasting devotion to the cultural center of Boone County.

“Columbia is this pedestal for a lot of these surrounding communities to come to, look up to, and be inspired by,” Karl says. “If you’re in Fulton, Moberly, Mexico, or Boonville, then Columbia has the platform for music. Columbia has helped grow a lot of people in the music scene and the music stays because they’ve created this space. It has inspired a lot of people.”

Cultivating a Scene
Those familiar with The Blue Note and Roots N Blues also know that the two have something in common: Richard King.

Richard opened The Blue Note in Columbia in 1980 and was one of the founders of Roots N Blues in 2007. Naturally, any piece about music in the city needed to involve Richard, and Jeff and Karl made him one of their priority interviews.

“I could listen to him talk for hours [with] the stories he has to tell,” Jeff says.
Sandwiched as it is between St. Louis and Kansas City, it was easy for big acts to pass up Columbia as they toured around the region. Once The Blue Note’s profile grew, though, it started attracting such iconic acts as Pixies, R.E.M., and Red Hot Chili Peppers.

“His biggest thing was building up a reputation for hospitality. He made sure that every band that came through got paid, had a place to stay, and a warm meal to eat,” Jeff says. “His message was to make sure that word got out that when you stopped in Columbia, you were going to get taken care of. It really helped build what we have now.”

Karl grew up in Moberly and looked at Columbia as the place to go if you wanted to see cool acts. Pavement played there, after all. As he made more trips into the city, he made more friends around the music scene and eventually relocated.

Jeff is from Columbia. He went to shows of the bands he idolized, such as 311, at The Blue Note, and his dream was to play on that stage.

“One of the bands I was in, all the musicians were from California, Missouri. They all shared the same dream: Can we get a show at The Blue Note?” says Jeff, who is currently in a Weezer cover band, a ’90s hip-hop cover band, and a heavy metal band. “It turns out we did, and we did really well. It just has that effect on folks.”

Bussen Productions has thrived in the Columbia scene from Karl’s space at Orr Street Studios. The company has shot music videos for local acts such as the Kay Brothers and the Burney Sisters, and his team was at Roots N Blues this fall to shoot footage and interviews with festivalgoers.

There will be Columbia music history in the film, yes, but Karl doesn’t want it to be a history lesson. It’s more about the pride and the heart the community has for its music.

“There are a lot of unique relationships, just a lot of incredible talent,” Karl says. “Some folks get very emotional about the music scene. It means a lot to them. There’s a bigger message to this documentary. It’s about the music scene, obviously. That’s the hero of it. But it’s not just music. It’s the audience that goes to the venues to watch.”

Jeff says Kevin Walsh, a Columbia institution as a writer and radio host, put it a little more eloquently than he could.

“He was talking about how he couldn’t explain why we have our own thing going on, but it has something to do with the Missouri River, its ebb and flow,” Jeff says. “He said Columbia musicians are always on their own flow. There’s a connection between that and the water source in this town, the river. I don’t know if there’s merit to that or not, but it sounded freakin’ cool.”

A Community Feel
Karl already has the opening shot of his documentary planned out. He flew a drone over Stephens Lake Park during the set up for Roots n Blues this year, before the festival started. Then he took the drone up again during the height of the event, and he plans to stitch the two shots together.

Opening scene? Check. Title? Not so much.

“We’re actually waiting for it to name itself,” Karl says. “Someone’s going to say something and we’ll be like, ‘There it is. We now have a name for this documentary.’”

Karl also has a grand idea for how he’s going to release the film once its ready: on one night, at four or five different venues — The Blue Note, Rose Music Hall, maybe Café Berlin, for instance — all at the same time.

“It would be a fun thing to have more of an intimate setting, to have groups, pods of people to be able to watch it in different places versus one mass showing at one stage,” Karl says.

That screening method is more in line with the feel Karl and Jeff want to cultivate with this film. It reflects the close-knit community vibe they’ve experienced in the Columbia music scene.

Interspersed with interviews and historical interludes, Karl is also adamant about including substories in the film, ones that epitomize this community.

He gives the example of a high-schooler named Brady, who makes trap beats in his basement as a therapeutic escape to deal with Tourette syndrome. Jeff helped connect Brady with a local rapper named Polo who could put words to his beats.

Karl says he filmed Brady and Polo working together for the documentary while recording their collaboration to release as an album.

“We’re going to really tell the story of Columbia music in a fun way and get a lot of people involved,” Karl says. “It’s going to be a very community-driven project.”

To Jeff, the coolest part about the project is shining a light on the locals that make the music scene go. Those locals include Brady and Polo, and also Byron Amplification, which has built a devoted following of musicians around town for its handcrafted amps, pedals, and cabinets.

And Jeff says, the documentary will promote people like Karl, too, the photographers and videographers who promote local bands for little or no pay.

“He shot a music video for us, and I don’t think we gave him a dime. Bands are broke. That’s the reality of it,” Jeff says, with a laugh. “There are a lot of characters like that in town. We grow because people contribute, volunteer for roles that they’re good at, and that help everybody else out. That’s pretty cool.”