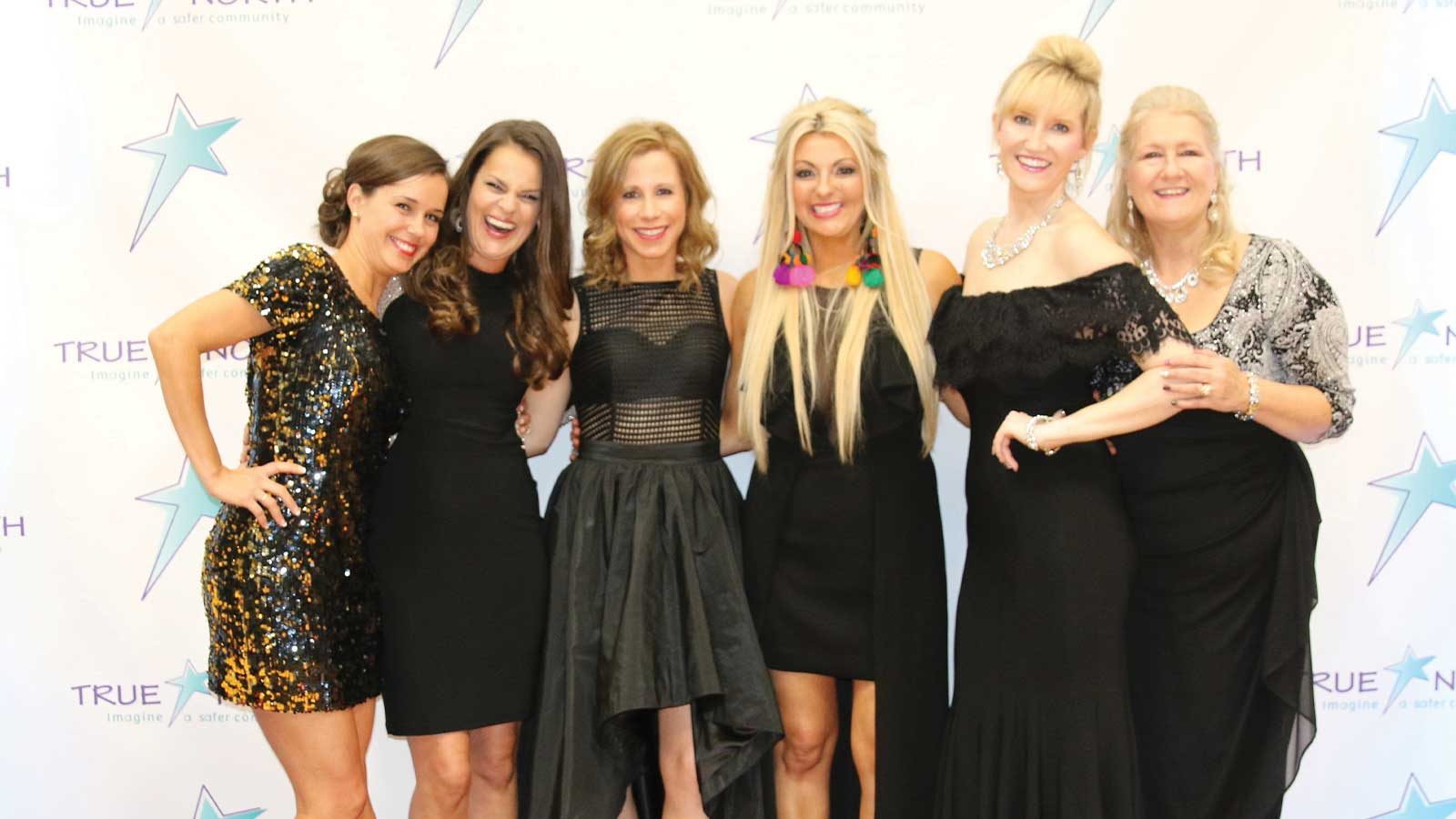 Tapping the Pain Away

True North of Columbia works to support victims of domestic and sexual violence.

Elizabeth Herrera Eichenberger first began her role as True North’s executive director three years ago after working for an organization that helped young, at-risk girls between the ages of 11 and 17.

“My passion has always lied within the empowerment of women and girls. That’s been the core of my professional career,” says Elizabeth.

Her previous experience working with at-risk girls made the transition to True North a natural one.

Following the Process
Last year, 3,274 calls were made to True North’s crisis hotline, which is managed by 10 paid staff members and local volunteers that have completed 48 hours of training. Hotline workers are trained to provide crisis intervention and emotional support to callers, as well as determine if the caller is an appropriate fit for True North’s residential or nonresidential services.

“The choice to leave a violent relationship is up to the person. We are very sensitive to that. Only you know what is best for you, and I’m not here to tell you how to live your life,” she says.

Providing the Resources
In 2018, 278 individuals were provided residential services and 642 individuals took part in nonresidential services. Residential services are given to those staying at True North’s emergency shelter. The shelter houses 25 to 30 women and children, and residents can stay anywhere from one week to several months, though the average stay is 30 days. All residents go through the process of creating a safety plan with staff and they have a housing advocate who assists them in finding a home after leaving the shelter.

“The sole purpose of this role is to find women stable housing,” says Elizabeth.

Residents also have the opportunity to use other services, like the skills development center, which offers workshops in everything from resume writing to how to change a tire. They also have access to a serenity room, support groups, counseling, and children’s programs.

Nonresidents have access to counseling sessions, support groups, court advocacy with order of protections and other legal issues, and hospital advocacy. Hospital advocacy is a partnership with local hospitals that allows sexual violence victims to request an advocate to stay with them while they are in the hospital. The advocacy is mainly managed by trained volunteers that undergo special training for emotional resilience and self-awareness.

Men as Allies
Preston Battles is currently a counseling psychology doctoral student at MU and completing an internship at True North. Being a male worker at the organization has given him an opportunity to help women in a way that other women can’t.

“When a client comes in having experienced potential trauma from a man or maybe has never had a respectful relationship with a man in their life, being able to challenge that assumption can be really valuable for women,” he says.

Being able to provide women with an example of a healthy male relationship is a goal of True North’s. They host a Men as Allies fundraiser every year that raises money for the organization and raises awareness about domestic and sexual violence. The men-only event consists of a short breakfast and guest speakers. Elizabeth explains that men can have a huge impact on the awareness of domestic and sexual violence since approximately 90% of their victims are women and most abusers are men.

“The idea behind involving men is that, for millennia, women have taken a stand and women are the ones that have an invested interest in stopping the violence. Sometimes we are powerless because of the power differential between men and women. The power that men have to influence other men as their mentors, as fathers, as community leaders — it is so powerful and has ripple effects in our community,” Elizabeth says.

Preston encourages men to speak out against domestic and sexual violence.

“Your voice is needed. Because your silence is implicitly agreeing with the status quo,” he says.

Finding Sisterhood
Aside from the Men as Allies fundraiser, True North also hosts a women-only Little Black Dress Gala in May (pictured at top). Around 750 women gather to celebrate survivorship. This coming year’s fundraiser will be special, as its Roaring ’20s theme celebrates 100 years of the ratification for women’s right to vote.

The gala includes a meal, guest speaker, unlimited wine, and dancing. Elizabeth explains that the event gives women the opportunity to gain sisterhood with other women and to feel empowered about being a survivor.

Through her time at True North, Elizabeth has learned that helping survivors isn’t just providing them with tangible resources; it’s also helping them gain back a sense of life.

“We’re setting up the stage for an empowered woman to have empowered children. And to teach a new generation that a life without violence is possible. We all deserve that,” Elizabeth says.

Mission Statement
To provide safety, shelter, education, and transitional support for those who have been affected by domestic and sexual violence and to empower all to create a safer community.