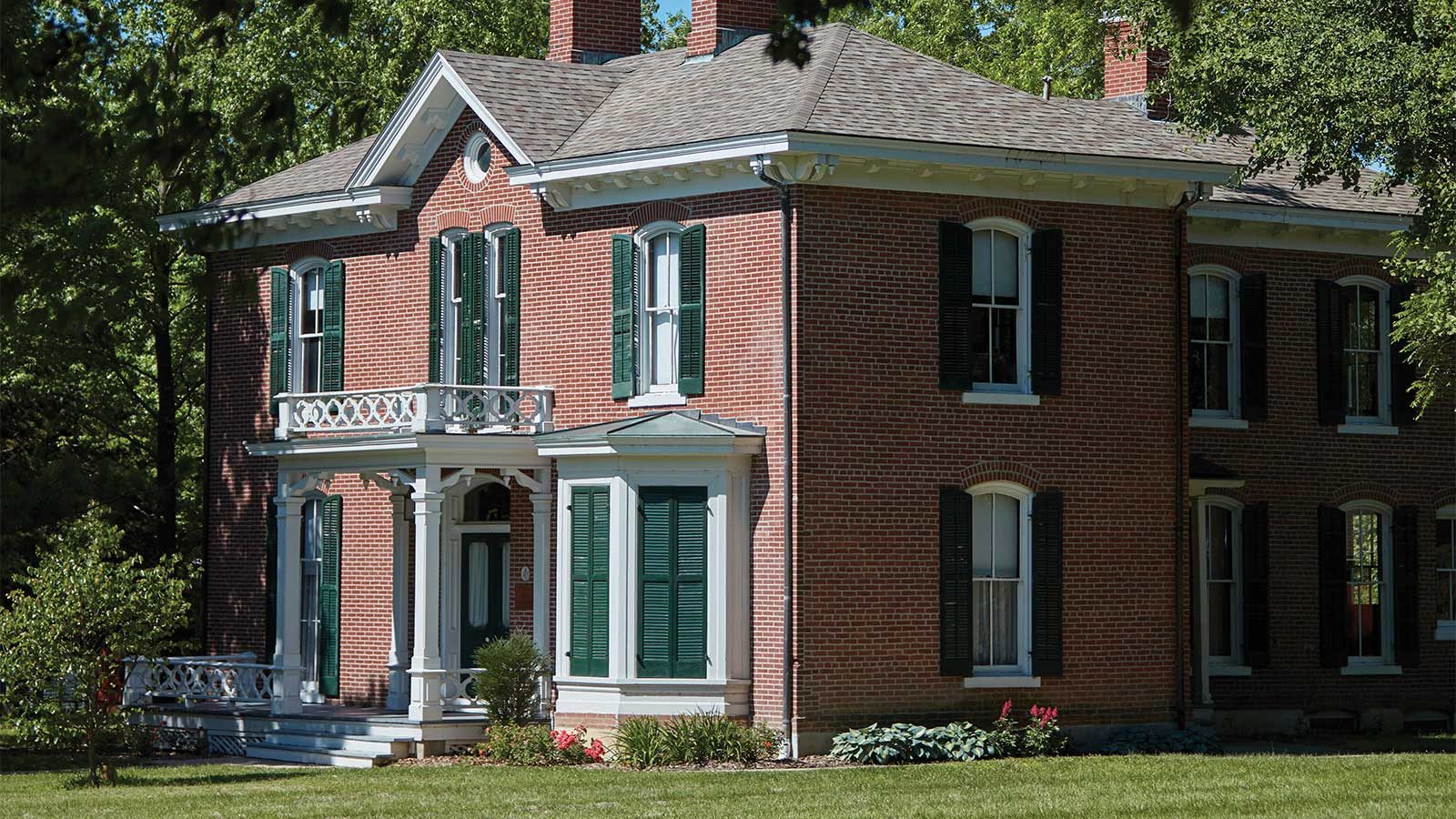 The Maplewood House serves as a reminder of the rich history found in Columbia.

Hidden in the trees and located just behind the Boone County History & Culture Center, you can find quite possibly the most historic house in the city of Columbia.

The Maplewood House was built in 1877 by Slater and Margaret Lenoir and was home to just four people — the couple, their daughter, Lavinia, and her husband, Dr. Frank Nifong.

Lavinia met Dr. Nifong in St. Louis later in life and brought him back to live in the house with her parents five years after they married in 1900. Lavinia, the longest living member of the four, lived in the home until her death in 1959.

Chris Campbell, executive director for the Boone County Historical Society, says this house was once considered the most luxurious home between St. Louis and Kansas City.

The house stands in the middle of what is now Nifong Park and is owned by the Boone County Historical Society. It is available for tours between April and October and can also be rented out. Chris says they get a few rentals each year.

“We rent this house out to groups of 15 or smaller either for teas or for bridal showers,” Chris says. He shares that one woman got married in the Maplewood Barn in October and rented out the first floor of the house as a place to get ready for the wedding.

The first floor of the two-story home features a kitchen, dining room, sitting room, music room, and a formal living room. Three bedrooms, an office, and a sewing room make up the second floor.

The Parlor
When you walk in the front door, the first room on the right is the formal parlor, or living room. Adorned with colorful patterned wallpaper, large paintings, and a piano, this room was for entertaining guests. The square piano is an original that belonged to Lavinia, as well as some of her signed sheet music that sits atop the piano.

Hanging on the walls of the parlor are paintings of family members and relatives that are original to the home.

One large painting hanging above the piano is not from the house; it was donated later. “We believe it is a painting of a young girl who would grow up to become one of Lavinia’s friends,” Chris says, “which is why the donor thought it would be appropriate in the house.”

Along with the ornate wallpaper found in the parlor, a few other wallpapers featured in the home are replicas of the original paper. Chris says it likely wasn’t there when the house was first built because wallpaper wasn’t used in the 1880s, but they can assume it was put in later by the family because scraps were found in the closet upstairs during a 1976 refurbishment by the Boone County Historical Society, who took over the home after Lavinia passed.

“I’m told that using those scraps, they were able to reproduce the wallpaper by sending it off to a wallpaper manufacturer in England,” Chris says.

The Sitting Room
On the left side of the home’s first floor is the sitting room, used mainly by Slater and Margaret. The most interesting aspect of the room is the speaking tube, a small metal pipe coming out from the wall next to the fireplace. Chris says this tube goes upstairs to Lavinia’s childhood bedroom and it allowed Slater to talk to her or tell her a bedtime story while he sat in his chair by the fire.

On the other side of the room is a rainbow-colored painting of a home. The painting, done by Birger Sandzén in 1929, is of a home in Columbia, built around 1839, that still stands today. Chris says the reason the painting is in the Maplewood House is because Slater grew up in the home featured in the painting. The painting is owned by the City of Columbia, but is on indefinite loan to the Boone County Historical Society.

The Bedrooms
Upstairs, you can find the master bedroom. The clothing, on display on racks and in the wardrobe, is believed to be original items owned by Slater and Margaret. It was their bedroom until they grew older and, due to mobility issues, lived in a converted room on the first floor. It likely later became the bedroom for Dr. Nifong and Lavinia.

There are two beds in the master bedroom, which seems atypical, but really is not. “Most couples on a regular basis slept in separate beds until the middle of the 20th century,” Chris says. “It was considered highly inappropriate for an affluent couple to only have one bed.”

Across the hall from the master bedroom is Lavinia’s room. The highlight of the room is the spectacular headboard on the bed, purchased by Slater for his daughter when she was just 8 years old. The detailed carvings and gorgeous wood show just how much money the family had. The bedroom, like all other rooms in the house, has a fireplace. Chris says they were all originally in the home, but are no longer operable.

The decor throughout the home is not all original, though it may appear that way. In fact, Chris says about 60% of the decor has been donated. “The Historical Society has tried to accept and insert into the house things that are appropriate of the era, that make sense, and fit.” He says they are constantly making repairs to the house and do walk-throughs to make sure every item seems fitting to the style of the home.

“Two years ago, a committee of us went through the house and pulled things that we did not feel were appropriate to the home or especially weren’t appropriate to that period between 1890 and 1920, which is the era we’re trying to depict here,” Chris says.

While on a tour of the home, you feel you’ve jumped back to a time where gas lights and large portraits were the norm. You can feel every bit of the home’s history pulling you in, leaving you with a sense of appreciation and awe.

The Maplewood House serves as a reminder of the beginnings of Columbia and those who lived there, and what was just a family home to the Lenoir’s and Nifongs is now a gorgeous relic for current-day Columbia residents to visit.