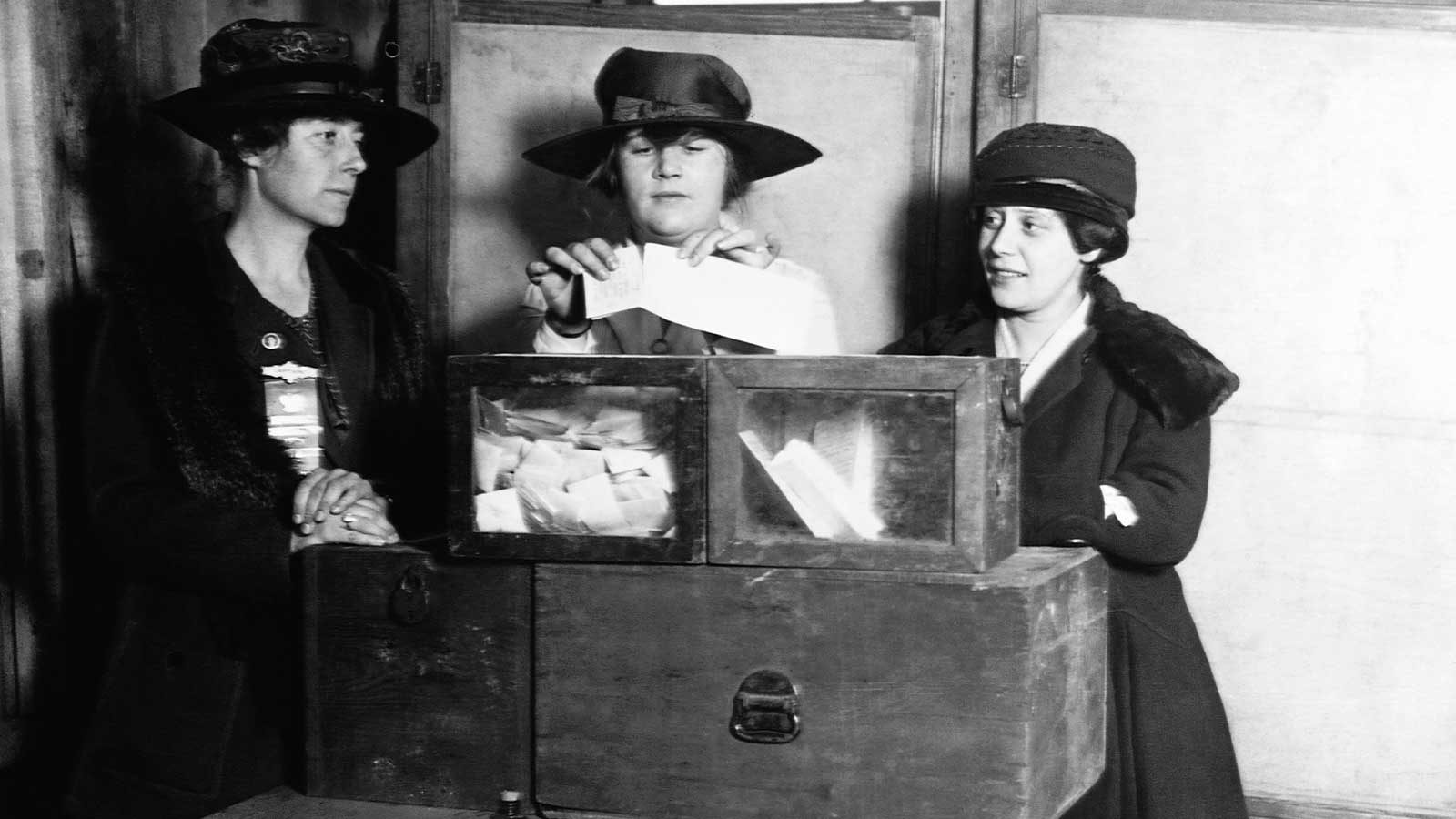 End of an Era

This year, 2019, is not a state election year, but for the demographic that now constitutes the largest voting bloc in Missouri, it holds particular significance.

That demographic is women, and 2019 marks the 100th anniversary of Missouri’s ratification of the 19th Amendment to the U.S. Constitution, which guaranteed women in the United States the right to vote.

It happened July 3, 1919, barely a month after Congress approved the amendment and submitted it to the states for ratification. Just a week earlier, Missouri Governor Frederick Gardner, a Democrat, had called a special legislative session for the sole purpose of considering women’s suffrage. At the time, Republicans controlled the state house and Democrats controlled the senate. Men filled every seat. Within 24 hours of convening, the house voted 125-4 to ratify the amendment. The following day, the Senate did the same on a vote of 29-3, and Gardner signed the ratification resolution. Missouri became the 11th state to approve the vote for women.

It would take until mid-August of 1920 for the measure to garner the approval of the 36 state legislatures (three-fourths of the then 48 states) needed to become part of the constitution. Tennessee was number 36. Over the following decades, additional states would be added to the list until all had signed on. Remarkably, it was not until 1984 when the last state, Mississippi, formally said yes to women marking ballots. (The Magnolia State had said “no” in 1920.)

By the time the 19th Amendment came around, Missouri had been a focal point of the suffrage movement, first launched in the mid-1800s, for a long time. Just four years after the end of the Civil War, St. Louis hosted a national convention on the subject. Local resident Virginia Minor advanced the idea that the 14th Amendment, the post-slavery measure that guarantees equal protection under the law, already protected a woman’s right to vote.

In 1872, Minor tried to register to vote, and when she was rejected, she sued. The case made it to the U.S. Supreme Court, where the justices said the 14th Amendment did not offer the protection Minor had claimed. In fact, the chief justice at the time, an Ohio attorney named Morrison Waite, said the Constitution did not protect the vote for anyone.

The participation of women in the political process in Missouri has been a slow but steady march. Last November, women constituted 53% of the 2.4 million voters who cast ballots. They also accounted for 135 of the candidates for state and federal administrative, legislative, and judicial offices, a Missouri record.

Forty-six of the 95 women who sought seats in the Missouri General Assembly won them. That gave women just over 25% of the total seats, an increase of 2%, but still slightly below the national average in state legislatures of 28.6%. Missouri ranks 33rd among states for women in office.

“Securing voting rights for women was the first major victory in the long struggle for gender equality that continues to this day, with many battles still to be fought and won,” House Minority Leader Crystal Quade, a Springfield Democrat, said in a statement.  “At the time Missouri lawmakers ratified the 19th Amendment, the General Assembly was all-male. Today, one-fourth of the legislative seats are held by women. While certainly an improvement from a century ago, it’s far from where we should be.”

Currently, only one woman, State Auditor Nicole Galloway, holds a statewide office. In the past, Missouri voters statewide have elected women to serve as lieutenant governor, secretary of state, state treasurer, and U.S. Senator. Before winning a seat in the U.S. Senate, Claire McCaskill served as state auditor and, in 2004, become the first candidate in state history, male or female, to defeat an incumbent governor in a primary election. But after besting fellow democrat Bob Holden, McCaskill failed to win the office in the general election. Galloway, another Democrat, announced her intention to run for governor next year and will likely be her party’s nominee in that race.

In 1984, Democrat Geraldine Ferraro, of Massachusetts, became the first woman on a national ticket, running for vice president with presidential candidate Walter Mondale. In 2008, Sarah Palin, then governor of Alaska, repeated the effort on the ticket with GOP presidential candidate John McCain. Neither was successful. In 2016, Hillary Clinton, the first woman to win a major party primary in a presidential election, outpolled Donald Trump in the race for president by nearly three million votes, but lost the race in the electoral college.

The nation now waits to see if Democrats will run a woman for president for the second election in a row. At this writing, six of the 25 declared candidates for the Democratic nomination are women, including U.S. senators Amy Klobuchar, Kamala Harris, Kirsten Gillibrand, and Elizabeth Warren, as well as Congresswoman Tulsi Gabbard and author Marianne Williamson. Within that group, Warren has polled the best, but she has yet to overtake former Vice President Joe Biden as the front-runner in most polls.

Win or lose, all these candidates probably should tip their hats to the woman who was the very first to go after the job. In 1872, Victoria Woodhull of Ohio was, according to most historical footnotes, the first woman to run for president. Woodhull was a suffragette as well as a stockbroker and a newspaper publisher who, at one point, advocated free love in response to society’s ostracism of divorced women. Her candidacy was dismissed as inconsequential and illegal, as she was under the constitutionally-required minimum age of 35. Still, without her, maybe Missouri wouldn’t have gotten the chance to ratify the 19th Amendment in another 47 years.