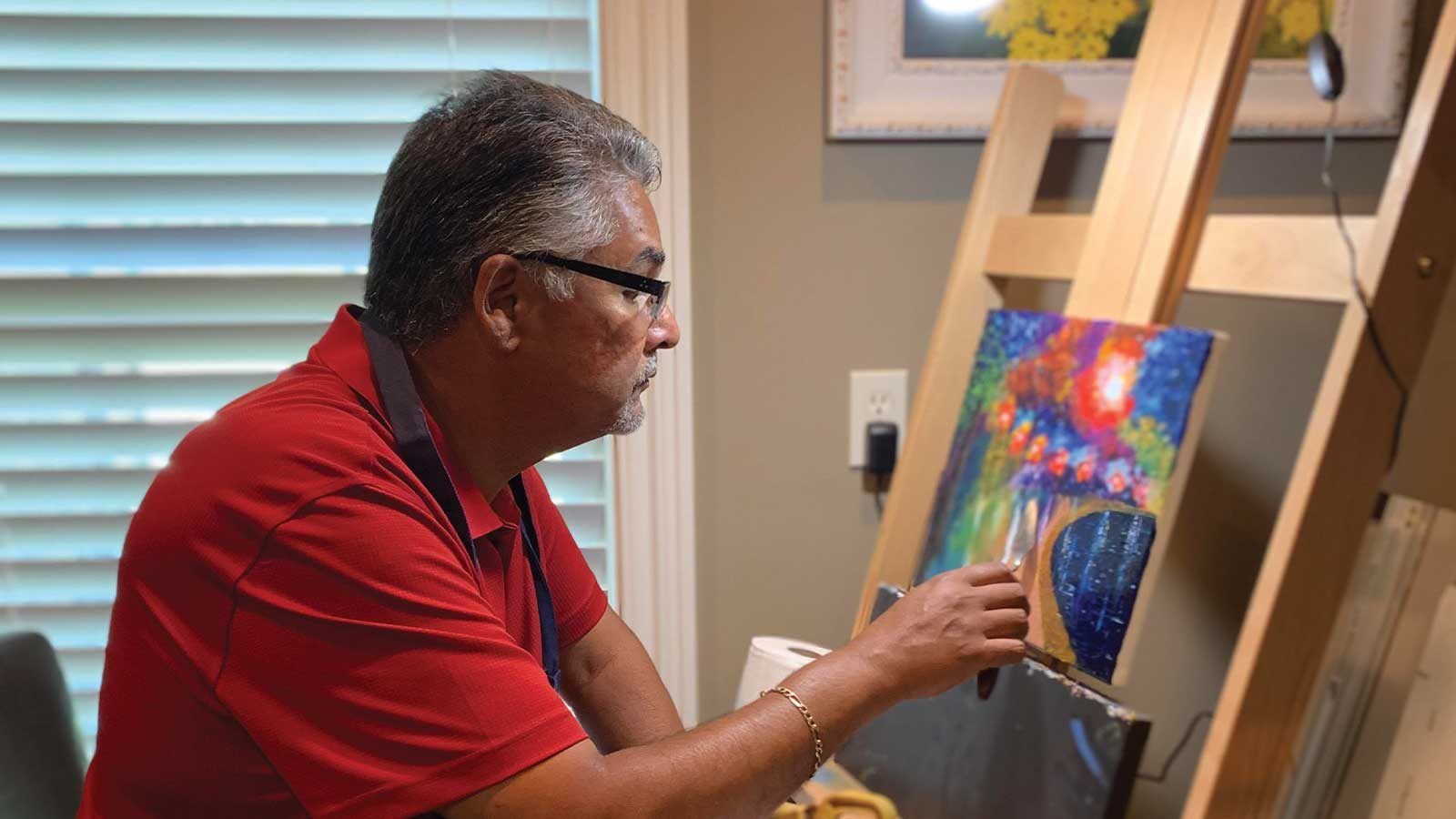 After 32 years of working for the city, Tony St. Romaine follows his passion to become a painter.

You probably wouldn’t expect a local impressionist painter to have a long history working in city government, but that’s exactly what you find with Tony St. Romaine.

Sitting in Tony’s small home studio surrounded by his paintings and listening to the faint hum of running fish tanks (a sound he enjoys whilst painting), he discusses his former career, his art, and his inspirations.

In 2016, Tony retired from his role as Columbia’s deputy city manager where he was in charge of many departments, including parks and recreation, human resources, and IT. He has also served as the assistant city manager and worked within the city’s purchasing division.

Tony says his job as deputy city manager required him to be creative in the sense that he had to think outside the box, but “there wasn’t much opportunity there to really explore creative opportunities like art.” Tony has always been fond of the arts, however, often visiting art museums and becoming quite the collector throughout his life.

About a year before his retirement, Tony realized he could pursue his passion for art in a new way. “I thought, ‘Once I retire, this will give me something to do to fill some of that spare time,’” he says.

With the help of videos online, he was able to delve into the world of impressionism and teach himself how to paint. “My style has kind of evolved and I think I’ve now developed a style that, hopefully, people will recognize.”

This is the first year Tony has been working to turn his newfound hobby into a business. He attended Artfest in Springfield and Art in the Park in Columbia, where he felt confirmation that people were interested in his work. “It kind of gives you some confidence that you’re actually doing something that people like,” Tony shares.

Being an avid art collector himself, Tony knows how much it can cost to own original paintings. He wants everyone to be able to enjoy original artwork instead of buying only print versions. So one of his goals is to give more people access to real, affordable paintings by offering his work at affordable prices.

When scrolling through Tony’s gallery on his website, browsing his paintings at an art festival, or looking at the work hanging in his studio, you will likely come across a familiar scene. Some of Tony’s impressionist paintings are of notable places in Columbia, like the MU columns or a view of fireworks over buildings downtown.
“My hope when people look at my artwork is to see something that’s familiar to them,” Tony says.

He explains that impressionist art “takes on an image of something that you imagine.” So, he paints with bright colors and uses a palette knife for texture in an attempt to bring back a memory of these places for the viewer. “My goal is not to be realistic in nature, but just to have an impression of what that place looked like.”

Tony praises the diverse and eclectic nature of Columbia, a city he has called home since he was 17. Things like film and art festivals “keep the community engaged and help the community get to know each other and appreciate the different things that we have to offer,” he says. “That’s really been my inspiration.”