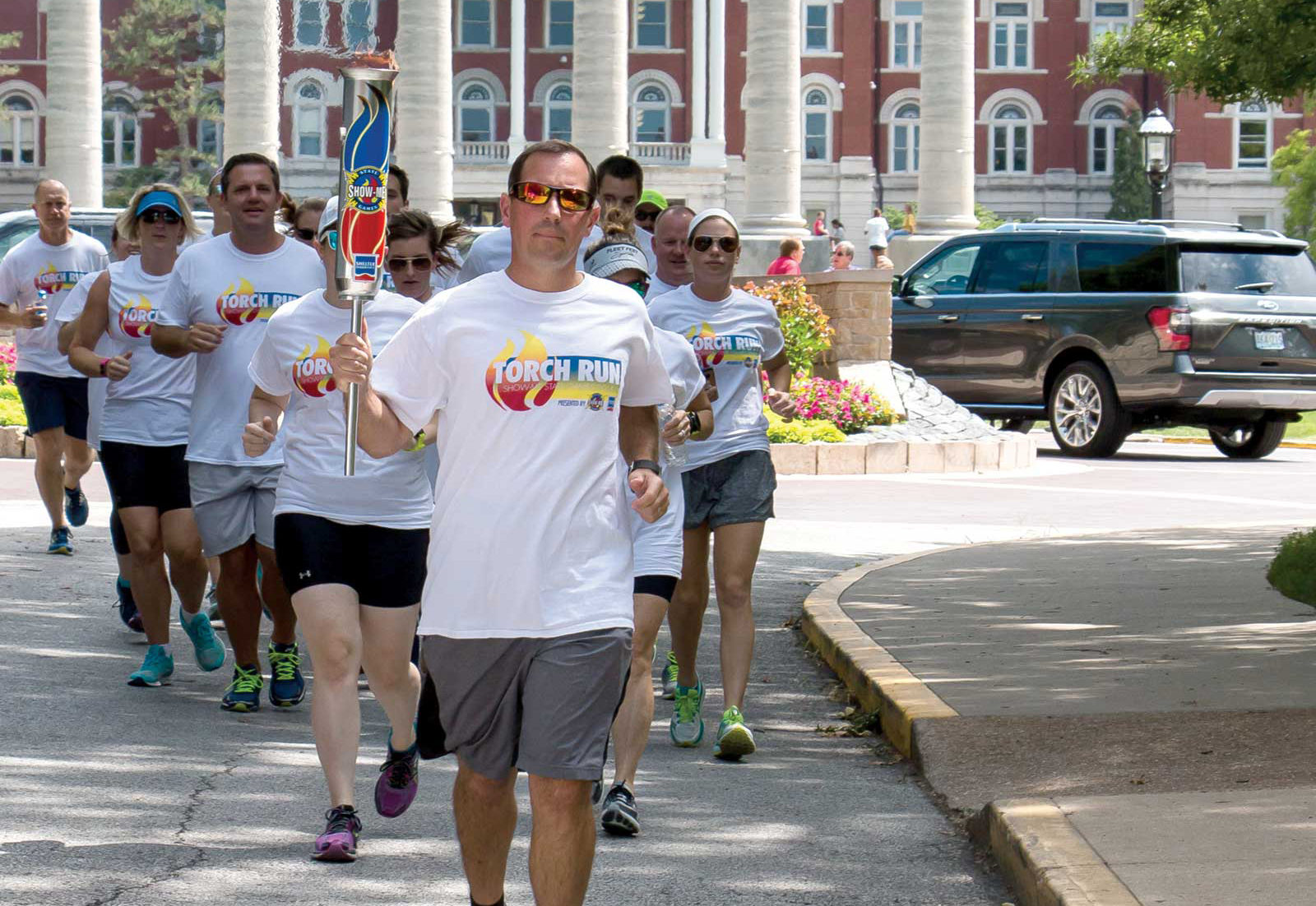 Making a Difference Every Day

The Show-Me State Games celebrate 35 years of competition in Columbia.

Former Governor Kit Bond passed down a tall order for physical fitness in 1982. His goal of promoting fitness through competition was simple enough. His target audience — all Missourians, regardless of age or lifestyle — posed more of a challenge.

Thirty-five years later, however, it seems the Show-Me State Games were more than fit for that challenge.

First held in 1985, the Show-Me State Games signed up 600 athletes across nine different sports. Fast forward to last year and nearly 29,000 athletes across Missouri flocked to Columbia to participate in over 50 sporting events. Dave Fox, four-year executive director of Show-Me State Games, credits a passionate team and solid community support for the games’ growth over the years since the governor’s order.

“The Governor’s Council on Health and Physical Fitness created this mission, this opportunity,” Dave says. “But there are so many people who have worked for the games over the years to get us where we are today.”

“At the end of the day, we all understand who we are,” he says. “The biggest value of this staff is their ability to tag team with each other in areas that we think can enhance the games.”

A Strong Core
The Show-Me State Games has a permanent staff of just six people, but their collaboration around a joint mission allows the team to successfully develop new ideas, explains Dave.

Supporting the staff are hundreds of dedicated volunteers who do everything from score keeping and timing to filing paperwork and organizing whole events. While the primary sporting events are held across three weekends in July, additional events pop up throughout the year, including the senior games in June and a recently added figure skating competition in January.

Dave praises the volunteers for positively shaping each participant’s experience with the local community, since participants interact almost exclusively with volunteers. “For our athletes and spectators, it’s critical that they’re experiencing Columbia,” he says. “Volunteers are a huge part of that.”

A Growing Community
Columbia has hosted the Show-Me State Games every year, and without the city’s generosity in time, space, and funding, the games wouldn’t be as successful.

“Columbia has been awfully good to the games,” Dave says. “We could not do what we do if it wasn’t for our gracious sponsors and partners. They not only believe in our mission, but they expand and grow our mission.”

And when the city grows, the games flourish and grow as well, thanks to additional resources. For example, Emily Lorenz, who has worked as communications associate for the games for almost 11 years, describes how Columbia’s construction of various athletic buildings allows each sport to expand.

“We don’t have any facilities,” Emily explains. “Every gym and soccer field and track that we use, somebody else in this community owns and maintains. It really is a community effort in so many ways.”

At the same time, the games also benefit the city. By attracting business for hotels and restaurants, the games have had an estimated economic impact of more than $300 million over the course of the 35 years that the games have been running, according to their 2018 annual report.

“There’s something about sports and competition that is uplifting to people. There are people up in their 70s and 80s still participating,” Marlowe says.

While many events are youth-driven, there are no age or experience requirements to participate. As long as they’re Missouri residents, athletes can choose between competitive or recreational divisions in many sports.

The Show-Me State Games staff has worked to make participation in the games even easier by creating opportunities for more diverse communities and increased accessibility.

New events like figure skating and a modified youth archery activity bring in new types of athletes with different active seasons and demographics than those in the older events. The games also created a mobile-friendly website last year and changed volunteer registration, which is now done through an app rather than on paper.

Dave fields regular requests to add events to the games. Everything from chess to ax throwing falls in the suggestion box, he says. If a sport is marketable and has a statewide presence, there is a chance it could end up in some future Show-Me State Games.

He hopes that adding events will allow the games to better fulfill its initial mission: to bring healthy activity to as many Missourians as possible.

“Our mission — health, fitness, family, and fun for all — is why we’re still here,” he says. “And we’ll be here probably for many years to come.”

1991
The games add a second weekend to allow participants to compete in multiple sports.

2001
The games add a third weekend to their July schedule to accommodate new events.

2003
Sports Illustrated recognizes the Show-Me State Games as the largest state games in the nation.