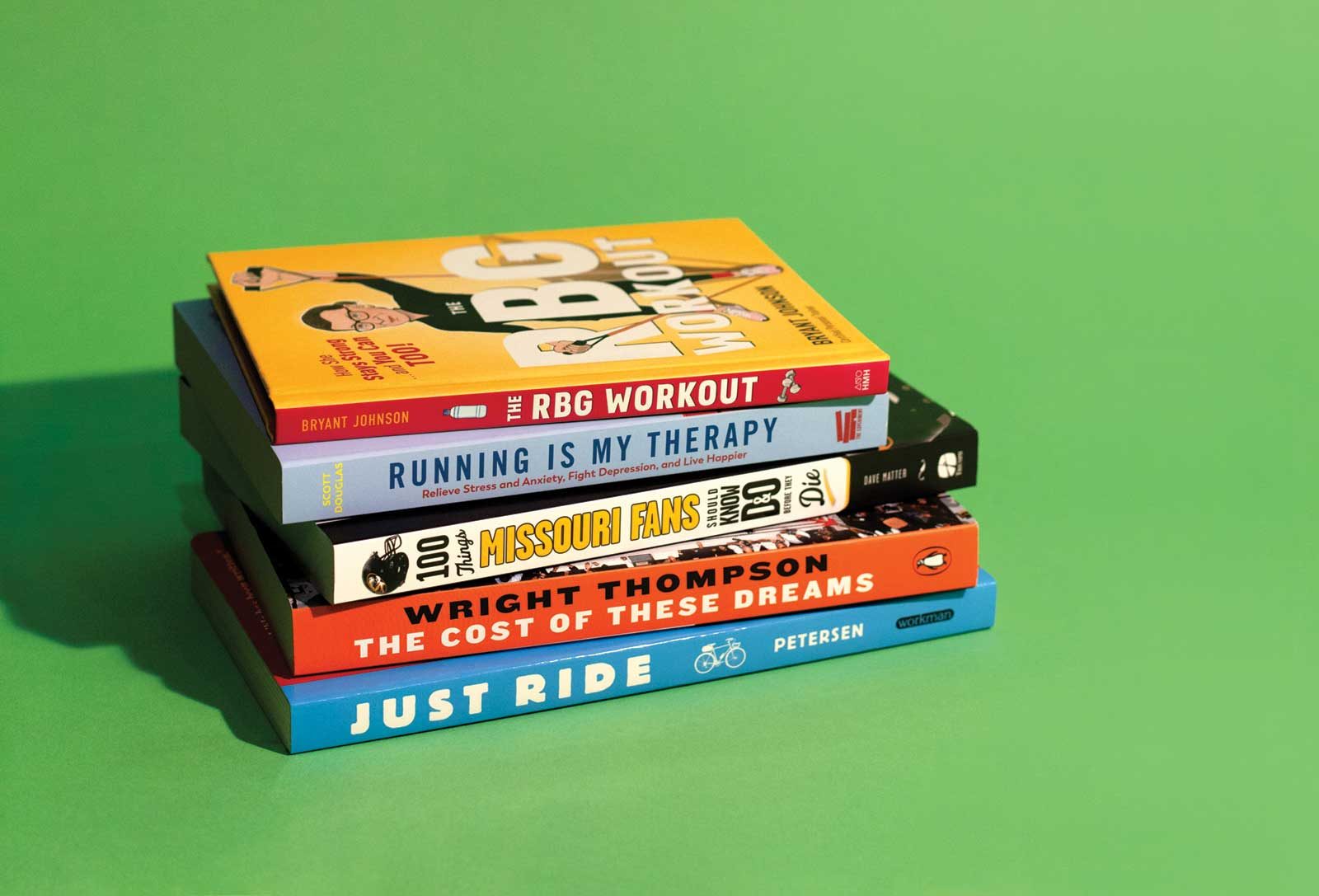 Sniffing Their Way to a Win

Become the ultimate Mizzou fan
A typical Mizzou fan has probably popped a lung screaming for the basketball team at Mizzou Arena and knows about Don Faurot and the split-T formation. “100 Things Missouri Fans Should Know and Do Before They Die” by Dave Matter, the Mizzou beat writer for the St. Louis Post-Dispatch, goes beyond the basics to reveal important moments in Mizzou’s history. Documenting stories about Johnny Good and Marching Mizzou, this book is a necessity for every Mizzou fan.

Workout like a supreme court justice
Wondering how Justice Ruth Bader Ginsburg remains as strong as steel while performing what is arguably one of the most intense, arduous jobs in the country? Follow the well-crafted workout detailed by her trainer, Bryant Johnson. In his book, “The RBG Workout,” Bryant uses simple explanations and illustrations to outline the various exercises Justice Ginsburg does and encourages people of all ages to embark on a journey of fitness and physical strength.

Biking myths debunked
In “Just Ride: A Radically Practical Guide to Riding Your Bike,” Grant Peterson brings readers back to the drawing board and pushes them to reconceive the thought process behind cycling. In four sections – equipment, health, safety, and attitude – he dispels myths that emerge from mainstream bike racing and informs the reader about a kind of cycling that is technically more accurate and allows for a rediscovery of the childlike joy that spurs from pedaling.

More than just an athlete
Authored by the prolific sports writer Wright Thompson, “The Cost of These Dreams” narrates more than just a cliché sports story. In the book, the MU graduate investigates his subjects’ souls, trekking through their life story from the past to the present. Including, but not limited to, profiles on athletes like Michael Jordan, Tiger Woods, and Muhammad Ali, the book exhibits the unique American art that is literary magazine sports writing.

The science behind running
Scott Douglas’ book, “Running is My Therapy,” delves into the scientific evidence that influences the discourse on the mental health benefits of running. An avid runner himself, Scott has religiously studied and written about running, and he dwells on his research to discuss how running accentuates one’s brain capacity by developing skills like executive function and helping with cognitive behavioral therapy. Ultimately, Scott’s words show that running puts one in a better mood and strengthens their mental health.