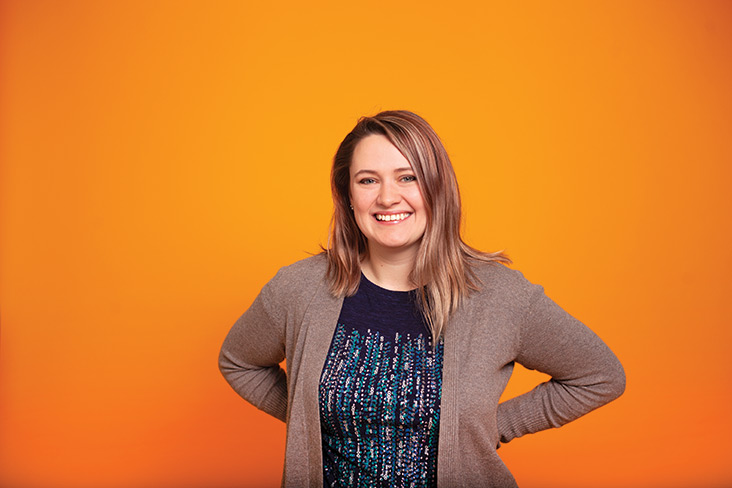 Destinations: The Best of the Wurst

Rachel Olson awakens from her emotional coma and learns to love herself.

In the fall of 2013, Rachel Olson was stuck in a cycle of severe depression. She felt emotionally numb and her automatic response to most situations was shame. Her internal struggle was magnified by a relationship that didn’t meet her emotional needs, and she was at a loss to understand what was going on inside of her and him.

Then one day, right before Christmas, the relationship simply imploded. Just like that, it was over.

Since that painful day, Rachel has been on a path of authenticity, a journey to find herself and understand the feelings going on inside of her body. It’s a road she describes as hard, but worth it. It’s also one I, as her friend, have been honored to walk with her.

“Pain is always a catalyst for change. It has a way of distilling you down to the bare bones of who you are,” Rachel shares. “I don’t know if I would have become my authentic self without that push. It made me examine who I am.”

Daring Greatly
Originally from Minnesota, Rachel came to Columbia in 2010 to pursue her PhD in molecular pathogenesis and therapeutics at MU. Her emphasis was in microbiology, and she spent her time studying the bacteria that cause plague. We met at church and connected over the work of Brené Brown, a research professor and author who specializes in studying empathy, courage, vulnerability, and shame.

“I was really grappling back then,” Rachel recalls, “drowning in anger, resentment, and doubt.”

Rachel found herself wrestling with whether she wanted to pursue a career in science, not knowing how to get over her broken marriage, and struggling with a long list of lies she believed about herself.

While on a personal retreat, Rachel realized that she didn’t consider her emotions to be valid, a lie that stemmed from past key events when her feelings were shut down.

Another helpful resource was Conscious Discipline, a program designed to bring transformational, social-emotional learning to kids. “Being able to recognize and help little kids identify what they’re feeling helped me retrain myself and my inner child,” Rachel shares.

When Rachel first started identifying her feelings, she had to sit in a quiet, dim environment and sense sensations where she could feel them.

“I began to tell if I was having a negative or positive response to something, but nothing more than that,” she explains. Eventually she could link biological responses like her blood pressure rising, her shoulders tensing, or sharpness in her abdomen to feelings like frustration, fear, and emotional pain. Lightness in her body correlated to happiness.

“At the beginning, I felt really dumb. I had no idea about any of this emotional stuff,” Rachel admits. “There was this key piece that I could recognize in other people, but I couldn’t recognize it in myself.”

Rachel describes her journey into emotional health and authenticity as a confluence of years of introspection, reading, therapy, friends, and assistance from some store-bought serotonin. With help from all these sources, she learned to recognize and name her feelings and dispel the lies she believed.

“I still have a feelings chart taped into the front cover of every journal I use,” Rachel says. “I won’t slip back into non-recognizing mode.” 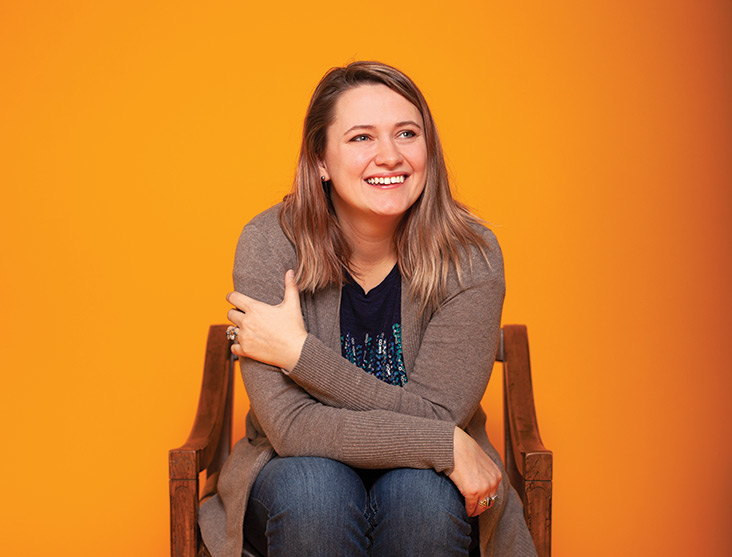 Finding Balance
In the summer of 2017, following the completion of her dissertation, Rachel admits to experiencing what Brené Brown calls a vulnerability hangover. She had put herself out there professionally and felt exposed.

Meeting her goal created a lot of questions: What was the point of all that work? What should she do now? “It took at least six months to feel like a human being again, rather than a human doing,” Rachel shares.

Rachel continues to work hard to not come at life from a merit-based perspective — believing that she must accomplish in order to be worthwhile and have meaning as a person. “That’s a very Minnesotan outlook,” she shares. “Most of the friends I grew up with struggle with the same thing. In order to be accepted, you have to be doing constantly.”

According to Rachel, that outlook has been reinforced by the scientific community, whose refrain is “publish or perish” and whose system is set up to reward workaholism. “If you’re really going to be successful, there’s always this pressure to be doing more than what’s expected of you,” Rachel says.

Rachel chose to balance the pressure of her scientific career by pursuing birth work. In 2014, she was trained as a doula by Erica Kroll of Nona Birth Education & Counseling.

“Part of what I love about doing birth work is that it’s the opposite of science,” Rachel shares. “There’s a lot of waiting, but it’s more immediately gratifying and emotionally fulfilling than lab work.”

Rachel believes that assisting women during childbirth grounds her and gives her a sense of community and connection. “Birth makes you feel like you’re part of something bigger in a way that you have a direct impact on someone’s life. I won’t know the impact of my scientific career on people, but I know with birth work.”

Pursuing Hope
Rachel found resolution to her career-oriented questions and is currently a full-time post-doc research fellow at the MU College of Veterinary Medicine as well as a practicing doula. Her boss at MU is “just fantastic,” and is one of several people in her life who brings out the best in her, she says.

“Rather than fall back into a self-deprecating shame cycle, I try to fill my life with people who build me up, people who help me internalize compliments rather than accept my natural sarcastic responses,” Rachel says. She says treating herself with the kindness and love she gives her friends has been one of the hardest things to integrate into her life.

Rachel also continues to grow in her ability to recognize when she’s falling into old thought patterns. “Being able to identify why I believed those lies ended up being a really important part of my journey,” she says. “I have to be able to recognize that when I’m having that kind of automatic response, it’s not reality. It’s trauma brain. And that is a whole different thing than real life.”

Rachel describes herself as more thoughtful and aware than she was five years ago, and a lot less selfish. Her future has opened up and she is excited to dream about what life can look like, including new, life-giving relationships.

“I am a very different person at 30 than I was at 25,” Rachel says. “Maybe not in essence, but in outlook and perspective.”