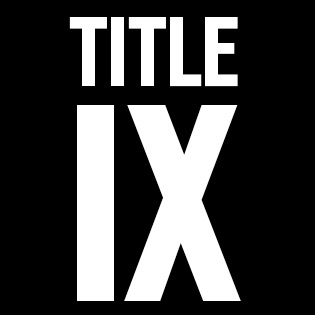 Groundbreaking Women Who Paved the Way in Columbia 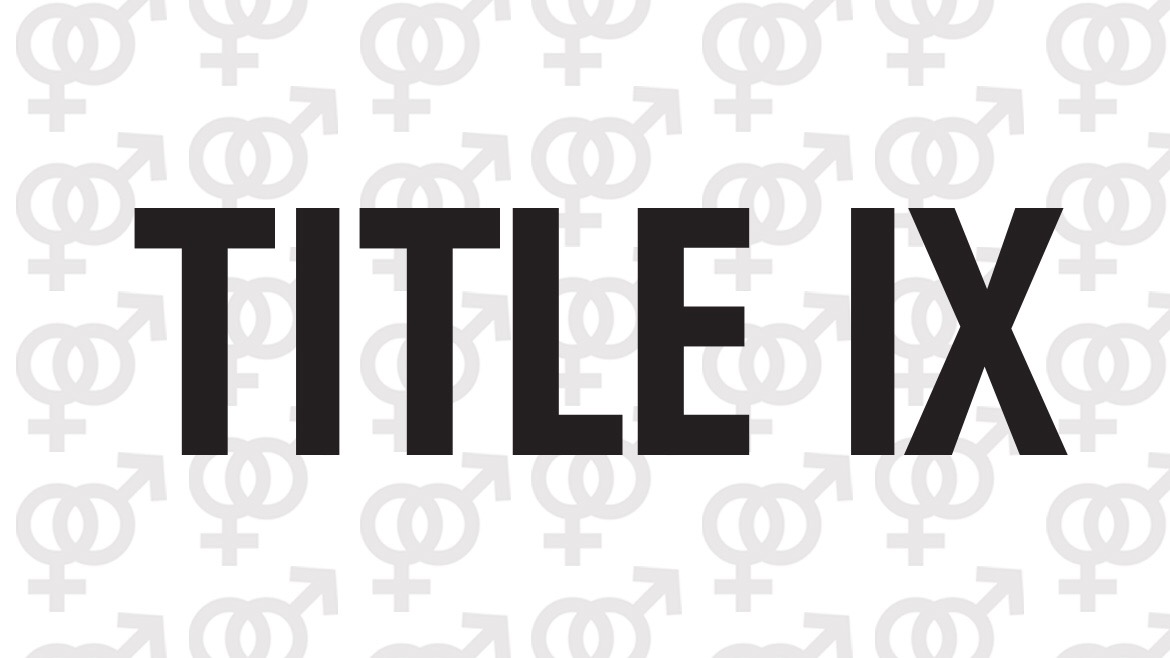 Title IX is a short and simple federal law. It reads, “No person in the United States shall, on the basis of sex, be excluded from participation in, be denied the benefits of, or be subjected to discrimination under any educational program or activity receiving Federal financial assistance.”
But the interpretation of the law and guidance from the Department of Education has varied over the years, often being swayed by either landmark cases or initiatives from different presidential administrations. For much of the law’s history, Title IX was interpreted in a mostly athletic context, spurring schools to develop female sports programs equal to their men’s teams. But in the last decade, schools have also turned to Title IX to adjudicate sexual assault, harassment, and other gender discrimination on campus. To remain in compliance, institutions have bolstered their training and resources for Title IX over the years.
Stephens College, Columbia College, and MU all have robust training programs for faculty, staff, students, and counselors. With each school being unique, their Title IX coordinators are able to provide individual insight about how they address enforcement on their respective campuses.

Mark Falkowski is Columbia College’s first general counsel. Since he arrived at the school in 2016, he’s built the office from the ground up. When it comes to Title IX, Falkowski says it’s “something everyone wants to get right and handle appropriately.”
Given his prior work at another Midwest college system and extensive experience as an attorney for a high-profile firm representing higher-ed clients, Falkowski is able to discuss not only Title IX’s history, but its evolution.
“Twenty years ago, a lot of schools may not have had an in-house attorney,” Falkowski says. But as regulations and liability have grown in the realm of higher education over the years, it’s become critical for schools to focus on compliance.
Not long ago, many schools weren’t equipped to conduct Title IX investigations, which have no statute of limitations, and of late, cases of respondents (those accused) suing colleges for unwarranted disciplinary action have hit the news. In light of this, Falkowski says, there’s an industry-wide focus for respondent’s rights — ensuring fair due process for all parties in an investigation.
Columbia College is proactive with their Title IX program and in following federal guidance, Falkowski says, but he talks about recent national changes from a broad sense. “Schools can find themselves in a tough spot,” he says. Title IX investigations are conducted with a burden of proof based on a “preponderance of the evidence” — or in other words, “more likely than not” — which is different than the burden in criminal cases, where there is a much higher standard for determining guilt.
The set-up of Columbia College is unique compared to other schools. While more than 2,500 students attend the main campus in Columbia, Missouri, the majority of its students attend the college’s network of locations nationwide. More than 400 students live on its traditional day campus in Columbia, for whom they focus on bystander intervention through their Step Up! Program, which introduces the idea of positive and appropriate intervention in possible crises situations.
The school’s Title IX coordinator, Molly Borgmeyer, says she’s most excited about an ongoing conversation series on campus called “Cougar Conversations.” Their upcoming discussion on April 4 will be called “#MeToo and Aziz Ansari: A Conversation on Communication and Consent.” Borgmeyer says their hope is that “through the different lenses of collaborators we will be able to provoke thought around [these questions]: what is the #MeToo movement? How are perceptions of consent so different? How do we balance expectations and communication without violating boundaries?”
Ultimately, Borgmeyer’s focus is on working consistently to create and maintain a safe and caring community on campus, and she believes it can be done through “ongoing collaboration and education.”

So are things different at a school where all the undergrads are women?
Shannon Walls, the Title IX coordinator for Stephens College, first brings up the common knowledge in Title IX cases: men tend to be the offenders against women. “But anyone can experience it from anybody,” she says.
“It’s not really nuanced here,” Walls adds. “We may have less of it than other institutions that comingle men and women, but we certainly experience our share of it.”
Since Stephens is a women’s college, they don’t have to deal with the athletics portion of Title IX, which has historically gotten the most attention. But the school does pay particular care to equity in their graduate programs, which do allow men.
“While we are very women-focused, we’re very open and accessible to men and we would be held responsible [under Title IX] for addressing anything that might turn men away or prohibit men . . . any obstacles that might [keep them from] being able to fully participate.”
Walls also raised the point that Title IX investigations, while thorough, are vastly different than criminal cases. “People confuse our process with those of the legal system. But our sanctions are related to the participation within our community and within our institution. They’re not charging criminal behavior, they’re not sentencing jail time — the criminal court system is very different than what we handle with our community and our code of conduct and our standards within our community.”
Sanctions range from a verbal warning to expulsion when a respondent is found “responsible.”
Ultimately, the core of Stephens’ focus in their Title IX program is to stop, prevent, and remedy when presented with a reported offense against a student or employee. Due process is critically important to their program, but providing resources to victims is paramount. “It’s helping that person have the counseling and support and the pieces to move forward with their lives,” Walls says.

While large institutions like MU face different challenges in addressing Title IX compliance, they’re also able to dedicate significant resources to their program.
MU participated in a climate survey on sexual assault and sexual misconduct in 2015 in conjunction with the Association of American Universities, the elite group of schools of which MU is a member. The survey gathered data on the instances of sexual assault and misconduct on the campuses of AAU member institutions in order to get schools to implement or modify policies to prevent and respond to such instances.
The report highlighted MU’s bystander intervention program, GreenDot, as one of the best in the country.
MU further conducted a comprehensive campus climate survey in the fall of 2016, part of a broader effort to “develop a better understanding of the learning, living, and working environment on campus” according to the school’s report. Nearly 10,000 members of the campus community participated, including students, faculty, and staff.
Findings from the survey were consistent with figures from other institutions of higher education, as reported by Rankin & Associates Consulting, whom MU contracted to assist in the initiative. Similar surveys from other parts of the country found 20 to 25 percent of participants said they had personally experienced “exclusionary, intimidating, offensive and/or hostile conduct” on their campuses. Nineteen percent of survey respondents reported experiencing such conduct at MU, and 26 percent of those said the conduct was related to their gender or gender identity.
The university is using the findings to develop and implement action steps in response to the survey. Improving the campus climate to prevent instances of discrimination is part of the key focus.
Former Boone County prosecutor Andy Hayes is the interim assistant vice chancellor for civil rights and Title IX at the university. She took over the role last year.
Hayes says the office receives reports of many types of harassment and discrimination, and she explains that they aren’t all from students. “We take reports from anyone — students, employees, visitors, or any witness to an alleged incident,” she says. “Some reports come from off-campus or big events, like football games, and we may not know the names of those involved. I think that’s where a lot of confusion lies: our reports might be for things that we can’t fully investigate due to insufficient information or parties associated with the university. Despite some of these limitations, we follow up on each report to the extent possible and do what we can to resolve concerns, with our goals of maintaining an inclusive and safe campus in mind.”
Title IX investigations by schools don’t carry the same authority as law enforcement. They can’t force a respondent to participate, and might not even be able find them — especially if they’re not a part of the campus community.
To help, the Civil Rights & Title IX Office maintains a working relationship with the University of Missouri Police Department. MUPD is in close communication with the office and assists when needed, but that communication isn’t a two-way street — for privacy reasons, the Office for Civil Rights & Title IX is restricted in its ability to share information outside of their investigations. In fact, they cannot confirm or deny to third parties whether any particular investigation is going on.
That confidentiality provides an added level of trust for individuals who wish to file reports. Along with the heightened public awareness brought about by initiatives like the #MeToo movement, schools even receive reports of incidents that occurred years prior.
“We may get a report in 2018 of an incident that occurred when someone was in high school or during their childhood. But that report will be counted as part of this reporting year,” says Hayes, “It just shows that people have a comfort coming to us, and we are able to document the information they are willing to share.”
What’s also important is that, once a report is filed, the Office for Civil Rights & Title IX is able to provide referrals for campus and community resources to all individuals — whether they have the ability to conduct a full investigation or not.

Bringing it all together

While Title IX also applies to K-12 institutions that receive federal education funding, much of the public focus has been on higher education: particularly athletics, the field that gets far more complaints than any other.
But according to the Department of Education’s Office for Civil Rights, the second most reported complaints are related to sexual harassment or sexual violence.
When it comes to the complexities and significance in compliance with Title IX, Falkowski says it best: “It’s about so much more than athletics.” CBT