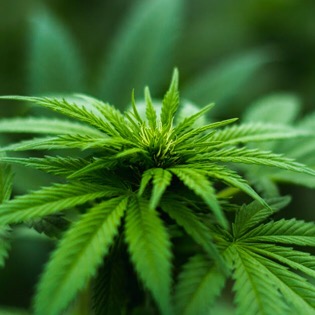 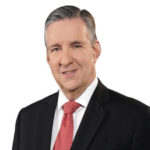 Cannabis has arrived.
Missouri is among at least a dozen states looking at medical marijuana legalization in 2018. Twenty-nine states already allow that, with nine having given the thumbs up to recreational use. And despite U.S. Attorney General Jeff Sessions’ promise to stamp out pot, a Gallup poll last October found nearly two thirds of Americans support legalization.
In the Show-Me State, an organization called New Approach Missouri has been gathering signatures to get a constitutional amendment to legalize marijuana on the November ballot. Missouri Secretary of State Jay Ashcroft has approved several petitions for circulation. They include calls for access to both medical and recreational pot, with the minimum age for the latter set either at 18 or 21.
The petitions propose state taxation at four or five percent and promise as much as $18 million dollars in new annual tax revenue. One proposal would dedicate the money to medical treatment for veterans. Another would target education. Excitement over the potential for state revenue is stimulated by reports such as one from Arcview Market Research, which has predicted the total economic output from legal cannabis will grow from $16 billion in 2017 to $40 billion by 2021.
Some ballot measures would vacate the sentences and expunge the criminal records of past marijuana possession law violators while prohibiting Missouri from assisting in the enforcement of federal cannabis offenses.  Such proposals promise millions of dollars in annual law enforcement cost savings.
In January, Vermont become the first state to approve marijuana by an act of the legislature rather than an initiative petition, and in Missouri, some lawmakers have followed suit in making legalization proposals. In late February, Kansas City Democrat Jason Holsman ignited controversy when he offered a 31-page amendment to a bill about opioid abuse. The amendment provided for a medical marijuana system run by the Missouri Department of Health and Senior Services. Lake St. Louis Republican Senator Bob Onder, a medical doctor, accused Holsman of trying to hijack the opioid bill, and the amendment went nowhere.
But the medical community at the state capitol does not share a unified opinion on blocking access to cannabis. St. Joseph Republican Senator Rob Schaaf, also a doctor, has acknowledged an inevitability in the public taking action, regardless of what lawmakers do or do not do. And somewhere in the middle is the effort to expand access of cannabidiol, or CBD.
CBD is an oil extracted from cannabis. Missouri state law now authorizes it only as a treatment for the seizures triggered by intractable epilepsy, primarily in children. Despite legislative approval in 2014, a CBD producer in suburban St. Louis says only about a hundred families have CBD access cards issued by the Missouri Department of Health and Senior services. But the resistance to CBD appears to be legal, not medical. Advocates for the oil say lawyers tell their medical clients they risk lawsuits by prescribing it.
“Our charge a few years ago was to get government out of that equation, because it doesn’t belong there,” said State Treasurer Eric Schmitt, the father of an epileptic son and the former lawmaker who sponsored the CBD legislation in 2014.  “And now, the challenge is to get the lawyers to be a little bit more flexible in allowing neurologists to do what’s best for their patients.”
Some lawmakers have painted a broader target for CBD. They advocate its use for a host of neurological afflictions, including ALS. House Democrat Donna Baringer of St. Louis wants to allow people on opioid pain medications to substitute CBD. “If you’re a recovering addict, you don’t want to go back on opiates. But if you have cancer, what do you do?” Barringer asked during an interview. She’s joined in the effort by Manchester Republican Jean Evans, who has worked to calm the fears of legalists.
“I’ve had that looked at by physicians’ attorneys and hospital attorneys to protect hospitals, pharmacies, and doctors from any kind of liability,” said Evans of her legislation.
A House committee heard testimony on CBD legislation in early March but, as of this writing, has taken no action. CBT