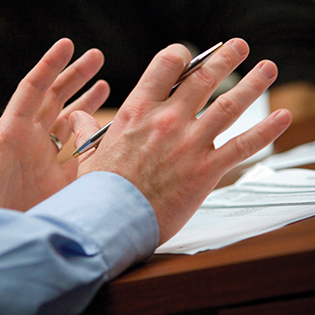 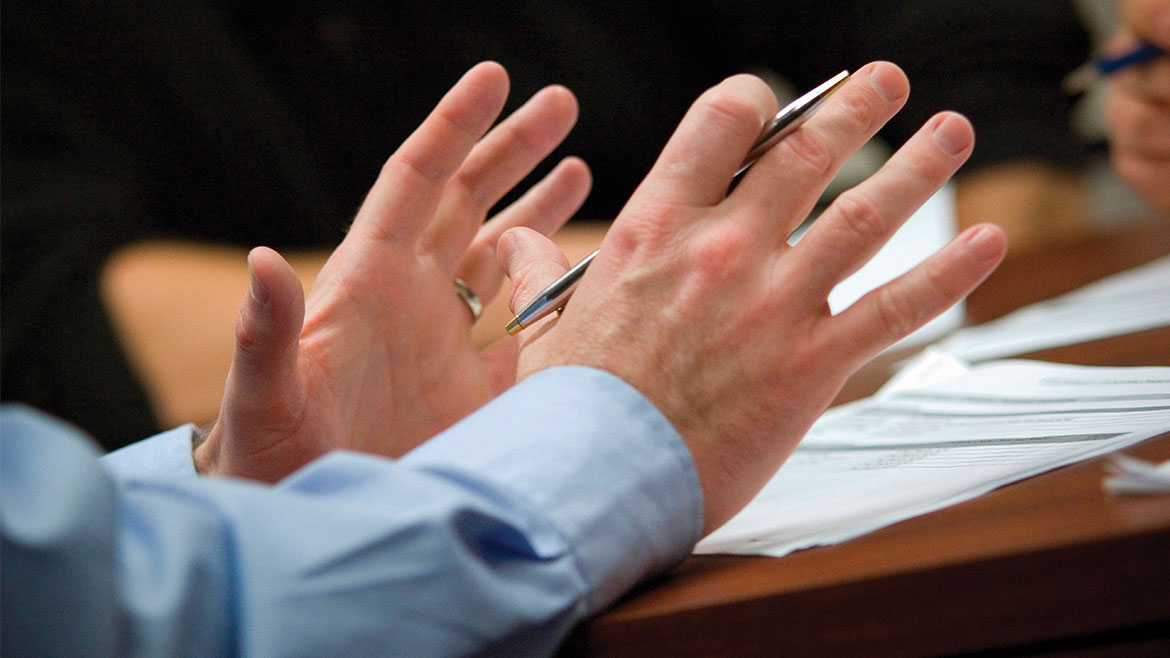 In the minds of many of its residents, it was the worst thing that ever happened in both Harrisburg, Missouri, (population 266) and the 600-square-mile Harrisburg R-VIII School District that serves some 600 K-12 students in northwest Boone County and a portion of eastern Howard County.

When the call came in shortly after 3 p.m. on that perfect weather Thursday afternoon September 28 — that there’d been a bad accident involving a district school bus on State Route F — it didn’t take long for word to spread that something bad, very bad, had happened. The small yellow bus taking five students to a cross country track meet was driven by their coach. For a reason we will probably never know, the bus collided forcefully with a pick-up truck on a level stretch of the paved state road. Several of the girls were injured, but they survived.

The popular coach and high school social studies teacher — 37-year old Brian Simpson — died at the scene. He leaves a wife and daughter who must now painfully pick up the pieces of their lives that have been changed forever by the unlicensed 26-year old driver of the totaled pick-up whose notoriety with the law is already fully displayed on Missouri’s CaseNet web site.

One can read all the textbook cases and participate in any number of mock exercises and still not be prepared for situations such as this. School officials shocked into action with a rush of adrenaline displayed their remarkable compassion and communication skills. Students were brought home, classes were cancelled the next day and a period of district-wide mourning was declared. The leadership shown in Harrisburg set an example for how to comfort a community faced with tragedy.

As we approach the second anniversary of the University of Missouri’s Time of Troubles, oh how we wish that a team with the same force and conviction to take command of the situation had been in place on the MU campus, instead of the hapless crew that ended up meekly crawling away. Though enveloped with a very different crisis indeed, new leadership at the university has been welcomed and brings new hope for both the system and community at large.

It’s a time of regrouping and looking to the future, for MU. Fortunately — and not too late, we hasten to add — getting Drs. Choi and Cartwright into action as university president and chancellor respectively has already perked things up around here.

And there is a third person on the new team: Dr. Marshall Stewart, who comes to us from North Carolina. As Vice Chancellor for Extension and Engagement, Dr. Stewart is already carrying the mission of our land grant university, its schools, colleges, and research activities to state’s 567 school districts through his ongoing work and contact with extension offices in Missouri’s 114 counties as well as the independent city of St. Louis.

Now a gentle nudge we should mention — something very important we haven’t been hearing much about these days.

MU has the only reactor in this part of the world that’s scaled to produce the delicate, time sensitive isotopes that have proved invaluable in treating a variety of cancers. We’re told that jets fly in and out of Columbia Regional Airport carrying these precious cargoes to a variety of well-known medical facilities across the land and, in some cases, beyond.

If there was one thing former MU Chancellor Bowen Loftin got right, it was his proposal to establish small medical facility — a hospital, if you will — right next door to MURR on South Providence Road because these isotopes are time-sensitive in terms of their usable life.

How about it? With all the unsettling talk about the future of Columbia’s medical facilities — to merge or not to merge and so forth — let’s make the University of Missouri’s Hospital and Clinics the destination in this hemisphere for advanced medical care and treatments utilizing the isotopes produced at the MURR. This would give us as much to shout about as a destination as any of the other famed medical destinations we hear so much about.

With the right leadership in place, we are poised to move forward.