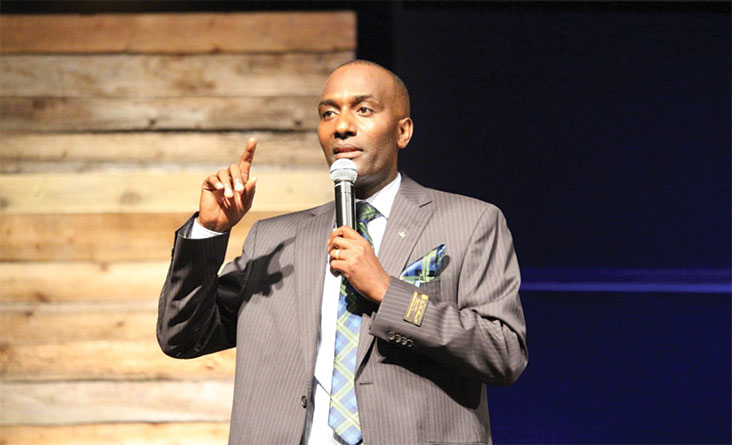 Couple You Should Know: Larry and Paula Chapman

Refugee pastor Nene Peter is committed to his calling.

When a phone call during the early morning hours interrupts the silence of a shift at work or a night’s sleep at home, Nene Peter tries to answer.

It’s not so much an inconvenience as an opportunity. Behind each call is a person. Someone a long way from their home. Someone adjusting to a new culture. Someone in need of comfort or advice or prayer. For Nene, being a pastor to a group of refugees in Columbia is a calling. And sometimes living out your calling isn’t easy.

“I’m busy all the time, but it’s God who gives me this power to help people,” Nene says. “Like I tell my kids, our ministry is to serve God and help people.”

There is a certain pain refugees endure when moving to a new country, not only because of losses, including their homes, livelihoods and oftentimes loved ones, but also from the difficulties of adjusting to new realities. Finding food. Finding shelter. Finding employment. Learning the language and culture.

It’s a struggle Nene experienced firsthand. He was separated from his family for 11 years after warfare reached his village in the Democratic Republic of Congo in 2002.

Nene was granted permission to permanently resettle in the United States in 2008, and he moved to Columbia in 2010 to start a worship service for a small collection of Congolese refugees. It was a risk for Nene, who left St. Louis for a city where he didn’t have a job. But he followed his calling, believing it was important to help other refugees practice their faith like they did back home.

“Many people have been scattered because of war,” says Nene, who found a job working nights in housekeeping at Boone Hospital Center. “I believe God has a purpose for us.”

After six years at First Baptist Church, the congregation found a new home at Christian Fellowship Church in the spring of 2016.

The three-hour Sunday service, which is held in Swahili and translated into Kinyarwanda, Kirundi and Kinyamulenge, bursts with the passion and spirit of everyone’s native cultures. Refugees wear traditional attire and express their worship through dancing, jumping, singing, and testimony. Nene, 43, and his co-pastor, Jean Claude Ntimpa, lead the service and share preaching duties.

In June, they even hosted an African Christian Fellowship Conference with more than 300 attendees from six states. 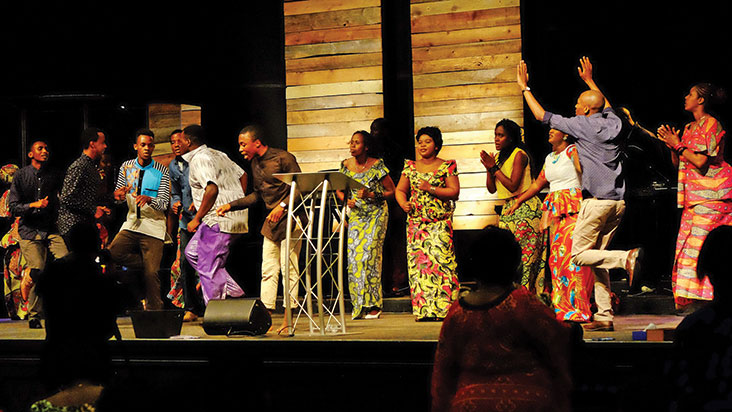 Throughout the week, Nene’s role is more personal than congregational. He spends much of his mornings and afternoons visiting people in their homes. Since many have “hearts full of pain,” he says, Nene will pray for them and remind them of God’s faithfulness. He also helps them assimilate into American life by teaching them how to drive or taking them to a doctor’s appointment or the grocery store.

Mike Acock, the executive pastor at Christian Fellowship, appreciates the compassion and dedication Nene lives with every day.

“What stands out about Nene is he has a character and integrity about him,” Mike says. “And he works harder than anyone I know. He’s constantly caring for people.”

Nene also cherishes the time he spends with his family during the week. For years he lived in the dark, not knowing whether he would ever see his wife Francine or his children again. In 2009, Nene learned his family was alive. They reunited in July 2013.

Now Nene enjoys going home for lunch or spending afternoons at a local park with his two youngest children, 3-year-old Israel and 1-year-old Mugeni. His oldest children, Aline, Kwezie, and Claude start college this fall, while Freddy will be a sophomore at Rock Bridge High School.

Someday, Nene dreams of working with an author to write and publish a small book sharing his personal journey over the past 15 years.

“If I remember all I’ve passed through, much of it’s bad, but it also makes me so happy because I have experienced many miracles,” Nene says. “I believe people can know Jesus through my story.” 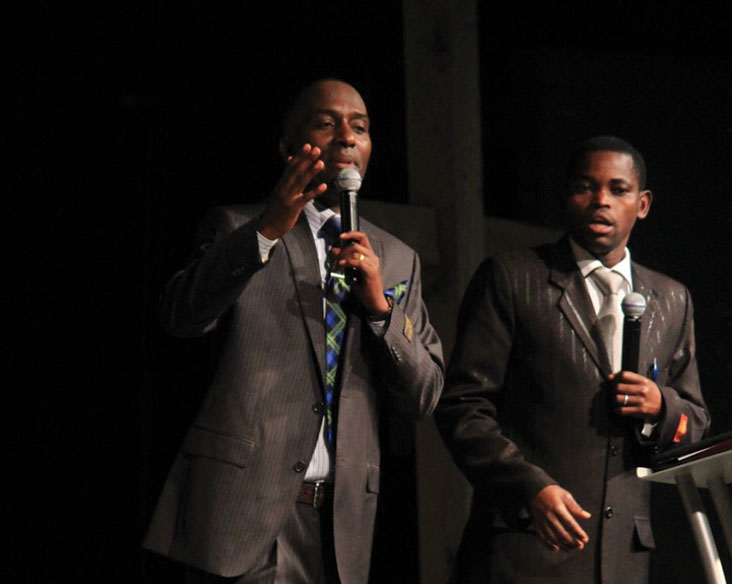 5:30 a.m.: While much of Columbia sleeps, Nene finishes his shift at Boone Hospital Center. He goes home to a quiet house and takes a shower.

7:00 a.m.: Arrives at Christian Fellowship Church. Nene spends some time in prayer, checks his email, reads his Bible, and prepares his sermon.

9:00 a.m.: He might have a meeting with other pastors at Christian Fellowship or he’ll go visit refugees, listening, praying, and helping them with whatever they need help with.

12:00 p.m.: Lunch at home. It’s often a rushed meal because his family is eager to spend time with him. He likes to pray with them or take them outside to a park.

1:00 p.m.: He heads to the bedroom to sleep, which isn’t always easy with a full house and a phone that buzzes constantly.