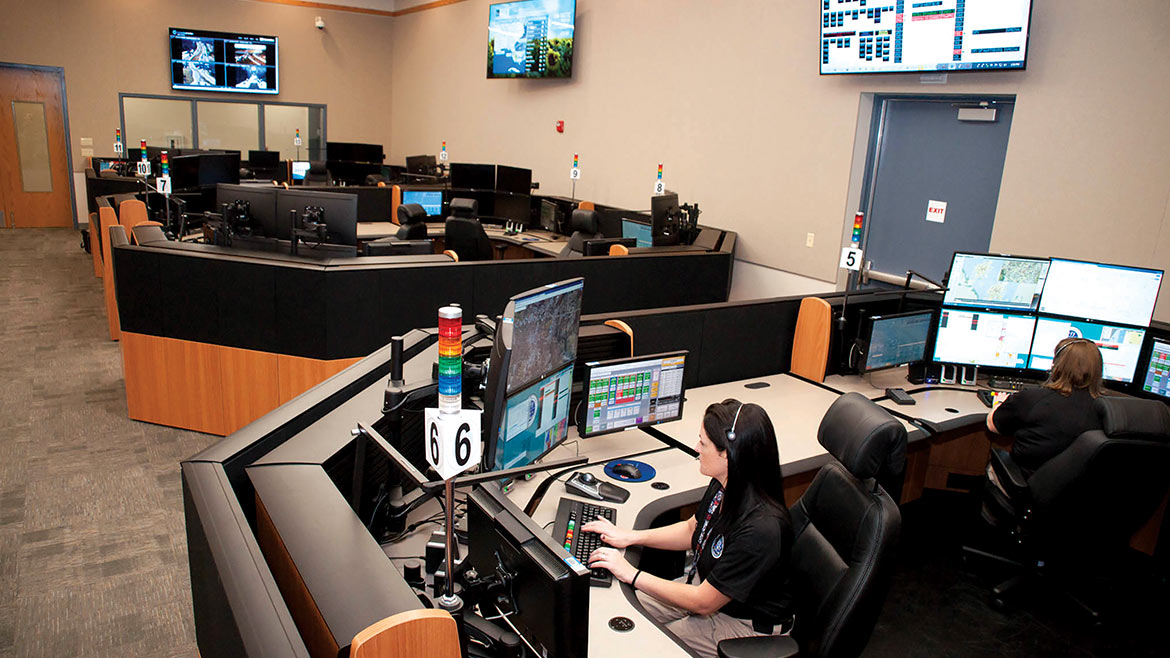 After six months in their new facility at 2145 County Dr., Boone County Joint Communications is adjusting to more space and better training facilities. Now, with the technology and space in place to move forward, the department turns its eye toward recruiting and retaining the right individuals to serve as 911 emergency telecommunicators.

Chad Martin, who became the department director in September 2015, says they’ve focused on making training easier for new emergency telecommunicators at the facility. But finding the right individuals to fill those roles has been a challenge.

Fully staffed, the department would have 49 emergency telecommunicators. Currently, there are 37. Since the 3/8 cent sales tax that funds emergency communication center and technology passed in April 2013, the department has been able to hire an additional 20 full-time employees. Those hires weren’t possible until Joint Communications moved into the new, larger building in April. The county broke ground on the new 27,915-square-foot facility in early 2015, which they share with the Office of Emergency Management and the Emergency Operations Center.

“Adapting to the growth we’re experiencing within this new center, to be able to hire all those people and almost double the staff, is a challenge,” Martin says. “That’s probably the biggest challenge we have right now.”

It’s not just about hiring — it’s about having enough trainers too. It’s a trend Martin sees across the 911 industry.

“At some of the national conferences I attended, I got the opportunity to hear other directors and supervisors from 911 centers around the nation, and it appears that everyone is struggling with hiring and retention nationwide,” Martin says.

Martin says he doesn’t know what’s behind that, but solving the problem will take some outside-the-box thinking.

Martin says the department is working with Boone County Human Resources to address the issue, though they haven’t made any drastic changes yet. Boone County Director of Human Resources and Risk Management Jenna Redel says they are trying some new tactics, including using video to promote the center’s job opportunities.

“We know that first-hand employee-to-recruit outreach about what the job entails— what kind of people do this [job], what they find interesting, what are the best parts of the job — we know that’s helpful in finding a good fit,” she says. “But we haven’t done video before.”

Beyond advertising and promotion, though, Redel says the key is to figure out what the most appealing parts of the role are and what kinds of people that will make a good fit in that role. It’s about finding someone who can thrive on slow days and busy days, low stress and high stress. Someone who can work in a communal space with others. 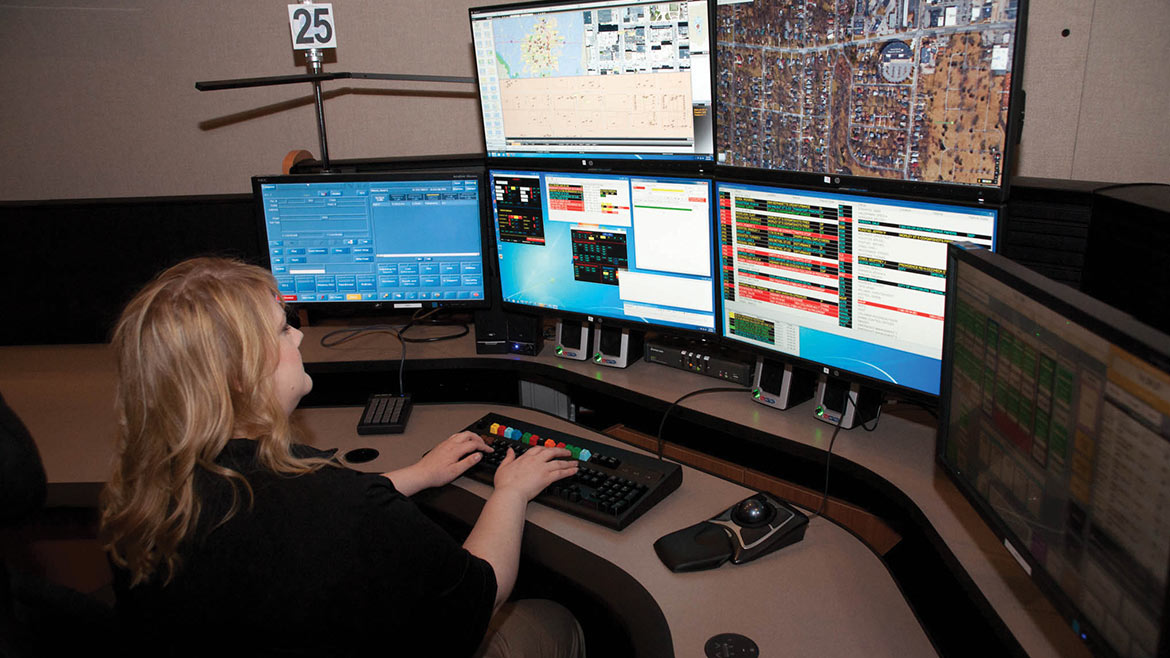 There’s also upward mobility in the department, Redel says, with room to grow a job into a career. But first, they have to get the right candidates in the door.

All emergency telecommunicators are trained as call-takers (answering 911 calls) and dispatchers (communicating with fire, law enforcement, and medical services).

Applicants go through a multi-step hiring process, including a multi-tasking, computerized test that closely mimics the fast-paced, sometimes stressful environment an emergency telecommunicator works in. About a third of applicants pass the test.

They’ve also instituted an observation period so that applicants can get an understanding of what an emergency telecommunicator does and their daily routine, including listening to daily radio traffic. It allows new hires to relate their training back to a real-world experience and know exactly what their position will be like.

The department implemented pay changes in January, including increasing starting salary for emergency telecommunicators, as part of the county salary study. And training, thanks to the new communications center, has improved.

Training is easier with more console space in the new facility. Though not all the consoles have been filled, there’s more space to allow the trainee to sit and operate their own console while a trainer closely monitors their work. “It’s a better environment,” Martin says. “We’re able to give the new employee a better training environment before we put them into on the job training.”

Trainees start with a classroom setting, with consoles and computers identical to what they’ll use on the job, which Martin says they did not have in the old location. The real-world environment helps trainees develop muscle memory so that transferring to real-world scenarios isn’t as much of a shock. Then trainees move to a live environment, taking 911 calls working beside a trainer.

But the training goes beyond just the practical implications of the job. Martin says they’re actively working to help families of new employees understand the weight of the job. At a family orientation night, “they get to hear the dispatcher talk about the worst call that they’ve ever taken and what toll that took on them personally,” Martin says. “They get to tour the facility, they get to sit in the dispatch area and listen and watch a little bit so that the family members understand.”

Boone County Joint Communications uses a system called Smart911 to be more effective for Boone County residents. The subscription service allows citizens to create a profile with important medical information, so when they call 911, the call-taker can automatically access their information.

This is especially useful, Martin says, for anyone who has a medical condition that might prevent them from being able to talk to the 911 call-taker, such as Alzheimer’s, severe asthma, or allergies. It can also help fire fighters know how many live in the household, should they need to rescue during an evacuation. Utilizing Smart911 can increase the speed with which those individuals can receive help, as most 911 calls without verbal communication receive law enforcement assistance, not emergency medical services, because of the unknown purpose of the call.

Joint Communications has used the service since 2012 and currently has 4,233 subscribers. The consumer can provide photos and medical history, and it can be used to help locate current location. The system can even provide in-depth health information like physical descriptions, prescription medications, mobility limitations, pharmaceutical allergies, and more. It takes about 10 minutes to set up a household of two on the system.

In other tech news, the county recently began utilizing 311 for routine, non-emergency calls to law enforcement, like noise complaints, stolen property, requesting police reports, and more. Martin says that service was launched in May.